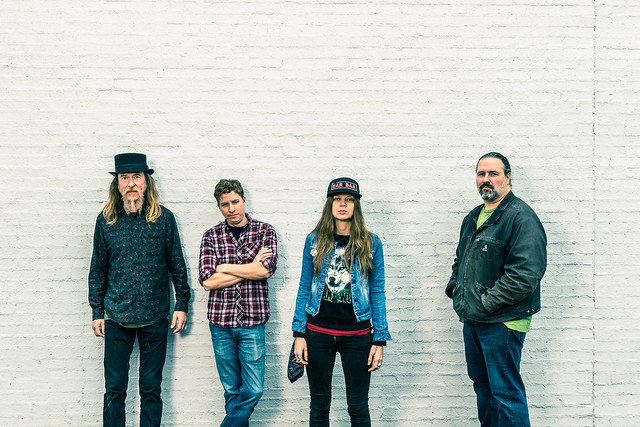 When Sidelong, Sarah Shook & The Disarmers’ debut album, was released in early 2017, it quickly earned kudos for its blast of fresh, fierce honesty and sly wit. It was a welcome new voice in a genre too often mired in the staid and conventional. The band continued to solidify that reputation in 2018 with Years, their second album, along with nonstop touring.

At its pounding heart, Years crackles with a pointedly contemporary and relevant take on the outlaw spirit. Built around the buoyant pedal steel of Phil Sullivan, and the post-punk rattle and Live at San Quentin hum of Eric Peterson’s guitar, there are echoes of Nikki Lane and Merle Haggard as much as Ty Segall. Its home is the ragged-but-real honky tonk, not the bro-country “honky tonk.” The barroom singalong “New Ways to Fail” is classic, smile-through-the-pain country.

Watch the official music video for “New Ways to Fail” by Sarah Shook & The Disarmers on YouTube:

Sarah said, “This record is about finding a way. A way through exhaustion, depression, betrayal, hangover after hangover, upper after downer after upper, fight after never-ending fight. It’s about picking yourself up and dusting yourself off after years of being trampled and beaten down, jutting your chin out, head high, after they’ve done their worst, and saying, ‘Still here.'”

“This record is shouting ‘fuck you, I do want I want’ from the rooftops to the motherfucking cosmos,” she said.

Rolling Stone approved of the results. “This North Carolina honky-tonk punk strikes a defiant onstage posture with a voice that goes right for the throat, a feral switchblade snarl that sometimes eases and glides but never softens… coming across as Chrissie Hynde with a drawl,” said the venerable rock magazine.