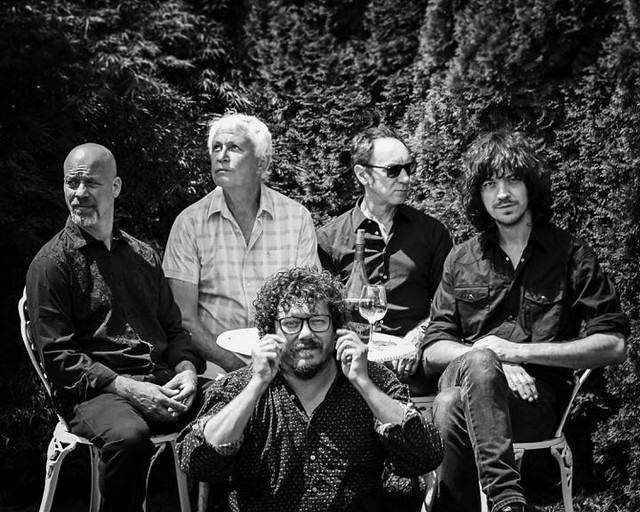 About a month ago, Guided by Voices released Sweating the Plague, the band’s third (!) new album this year. To say that frontman Robert Pollard and company are on a roll is an understatement, so catch the new stuff live and see for yourself when Guided By Voices play the Black Cat on Saturday, Dec. 7.

Released on Oct. 25, Sweating the Plague is 12 new songs comprising the 29th studio album from Guided by Voices.

In a review of a live performance in London in June, The Times compared the prolific Mr. Pollard and Guided by Voices to Mark E Smith and The Fall.

“Formed in the 1980s by the frontman Robert Pollard, a school teacher at the time, GBV, as the chanting crowd addressed them, are adored low-fi rockers with much in common with the Fall. Like the late Mark E Smith, Pollard is a prolific workaholic who has steered his band through umpteen incarnations, restlessly releasing about 100 albums, including two this year,” Lisa Verrico wrote (before GBV released a third album this year, eh).

“Producer Travis Harrison wanted to maintain GBV’s signature lo-fi style without having it sound ‘homemade.’ He accomplishes just that on the anthemic, guitar-led ‘Heavy Like The World,'” said Stereogum of the new album’s lead single.