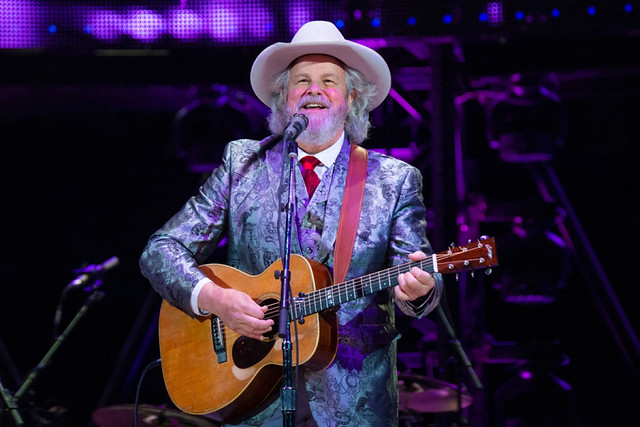 Robert Earl Keen began 2019 with an induction into the Texas Cowboy Hall of Fame. He leaves it on a Christmas tour, including a stop at the Lincoln Theatre on Friday, Dec. 6!

Given that 2019 is the 50th anniversary of the Apollo moon landing, Robert dubbed this year’s tour as COUNTDOWN TO CHRISTMAS: Lunar Tunes & Looney Times. Robert and his band will pay homage to the space race and all things celestial in an out-of-this-world evening of family holiday fun.

“This show will turn on the psychedelic jukebox and light up the tree of tranquility!” said Robert.

The troubadour told Rolling Stone in 2018 that he could never perform on a stage in December without singing “Merry Christmas from the Family,” originally off 1994’s Gringo Honeymoon. Aware of his obligation, he and his band looked for a way to distinguish their Christmas tours. “Pretty much all the people were waiting for that one song,” Robert said. “After a while, we got to thinking: ‘We got to do something more than this. We got to have more fun ourselves.’”

In addition to touring, Robert Earl Keen hosts the Americana Podcast: The 51st State, in which he features in-depth interviews with a wide range of Americana artists. He conducts interviews across the country, releasing new episodes monthly. Recent guests include Lucero, Jamestown Revival, and Bruce Robison.