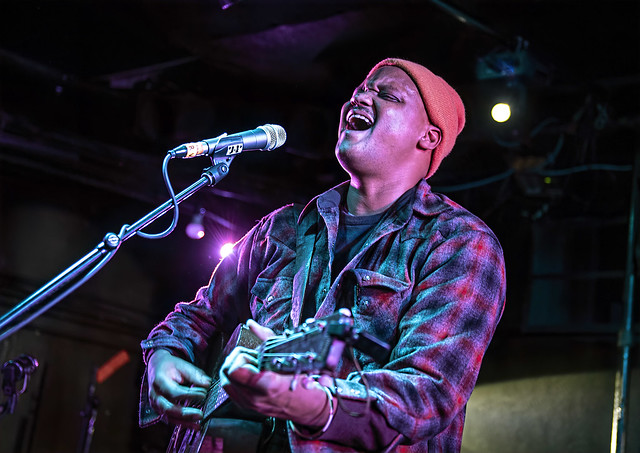 Philadelphia artist Son Little (the alias of Aaron Livingston), a sometime collaborator with The Roots and alternative hip-hop artist Rjd2, combines blues, soul, and hip-hop in his unique singer-songwriter style. Playing solo on acoustic and electric guitar, Son Little entertained a post-Thanksgiving crowd of music lovers at the Rock and Roll Hotel on Saturday.

Earlier this year, Son Little released a new EP, Invisible. The sensitive ballad “I’m a Builder,” compares creating a relationship to an act of magic. He declared, “I’m a builder, and a wizard at that / I’m a builder, and I built this from scratch.” In the love song “Hey Rose,” released as a single ahead of the EP, he sang, “you taste just like your name.” “About Her. Again” was another meditation on love and relationships.

On Jan. 31 of next year, SL will release his third album, titled Aloha. In advance of the album, he released the single “Suffer.” He sang, “We don’t have to suffer, you and I,” in this song about commitment.

On Nov. 30, Son Little began his set with the deeply personal “Your Love Will Blow Me Away When My Heart Aches” from his self-titled first album. The song contained clever references to older songs (“queen bee”) and automobile metaphors (“my engine gunning thunderbirds Asphalt wanna race”), all in service of describing the agony of lost love.

Saturday night was a family affair for Son Little. “Rumor has it,” he told the audience, “my sister is here tonight.” He then shared “Miss Ona Henrietta,” which she wrote for his second LP, New Magic.

Son Little dedicated “Demon to the Dark” to “anyone who’s ever fucked up something really bad or did something so embarrassing you thought you’d never recover.” Between the two, that covered nearly everyone in attendance, I am sure; either condition most certainly applies to me.

The setlist included additional songs from both of Son Little’s albums. From his first album, in addition to his opening number and “The River,” which he covered in his encore, Son Little played “Loser Blues.” Songs from his second album included “The Middle,” “O Me O My,” and “Blue Magic (Waikiki),” the lyrics of which lent themselves to the title of the album. “Cross My Heart” was released as a single in 2013.

After covering O.V. Wright’s soul classic “Drowning on Dry Land,” Son Little finished his set with “Mad About You.” Returning for his encore, he played “Lay Down.” Son Little then brought out opener Christopher Paul Stelling to join him on the last song of the evening, “The River.”

Here are some pictures of Son Little performing at the Rock and Roll Hotel on Nov. 30, 2019. All photos copyright and courtesy of David LaMason. 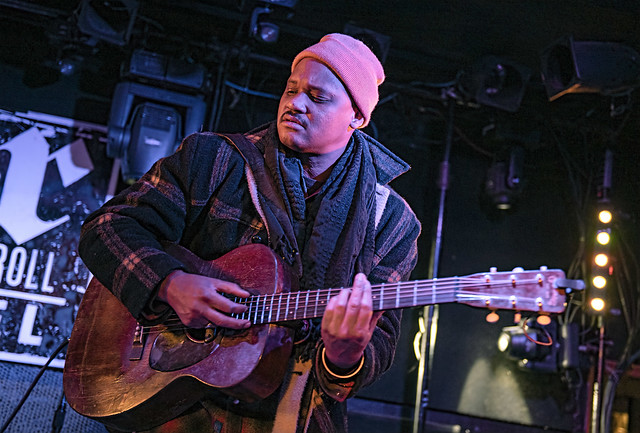 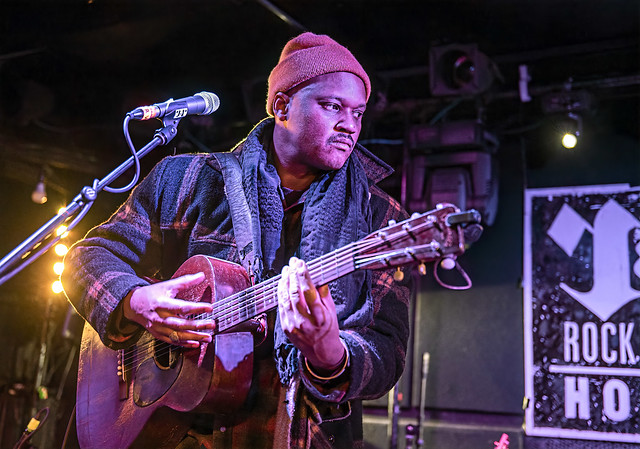 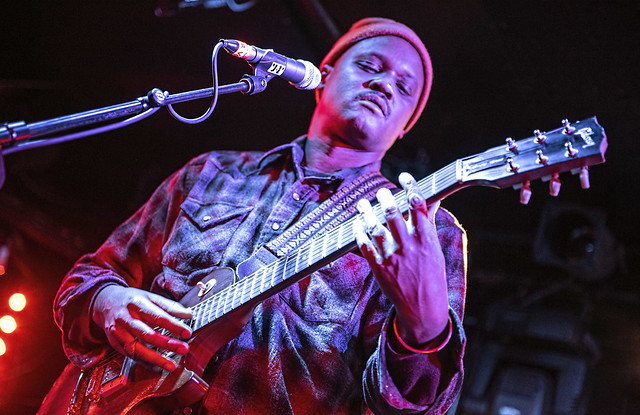 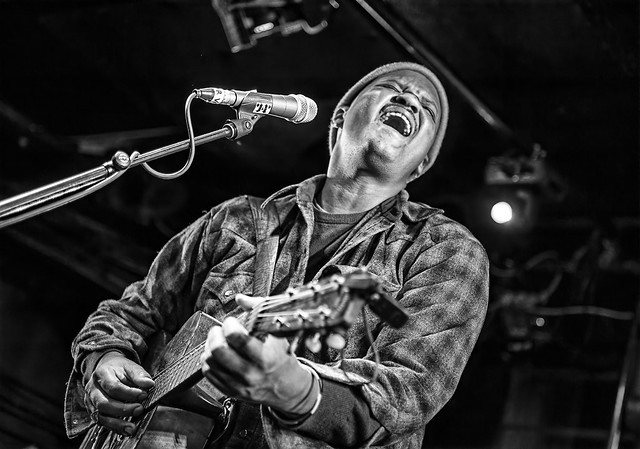 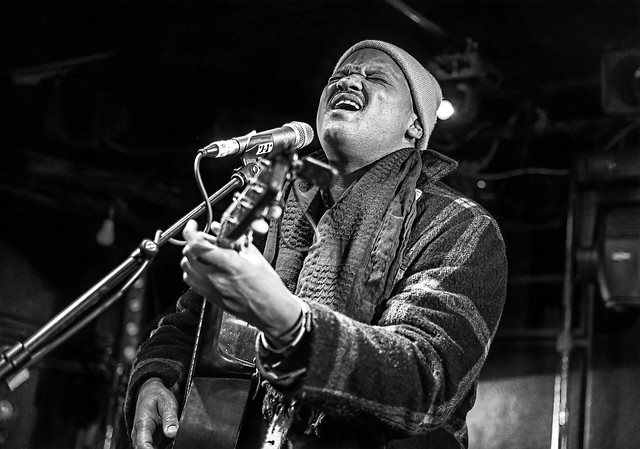 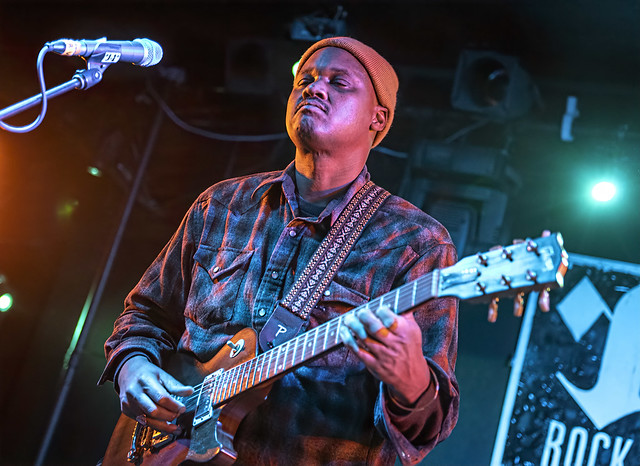 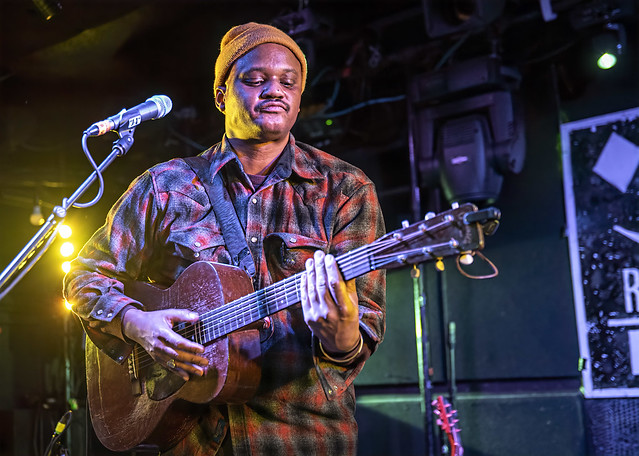 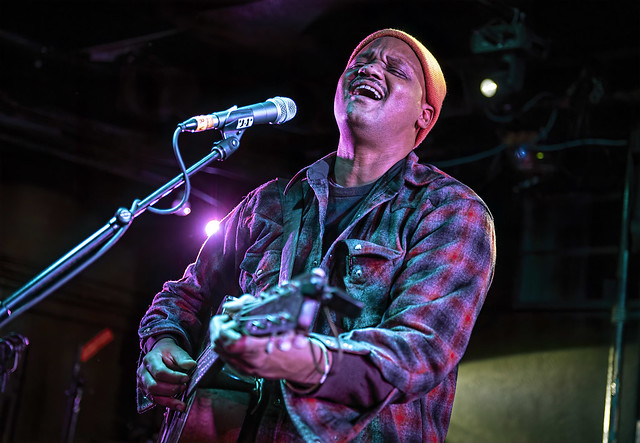 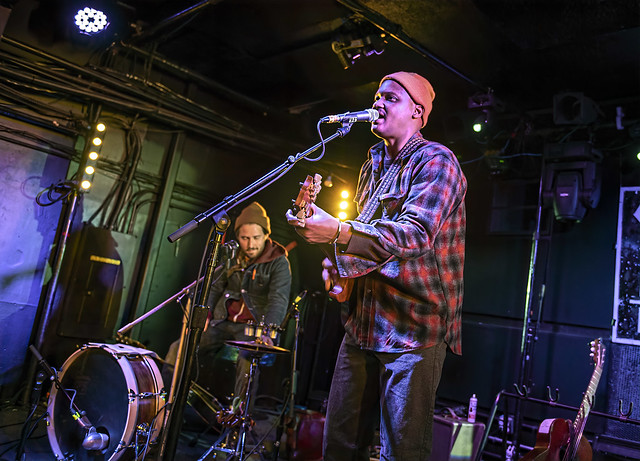 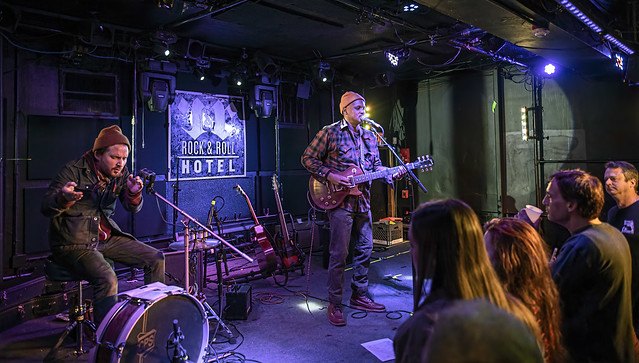 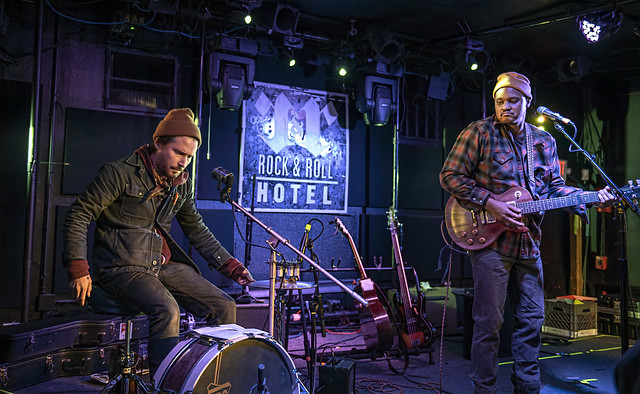 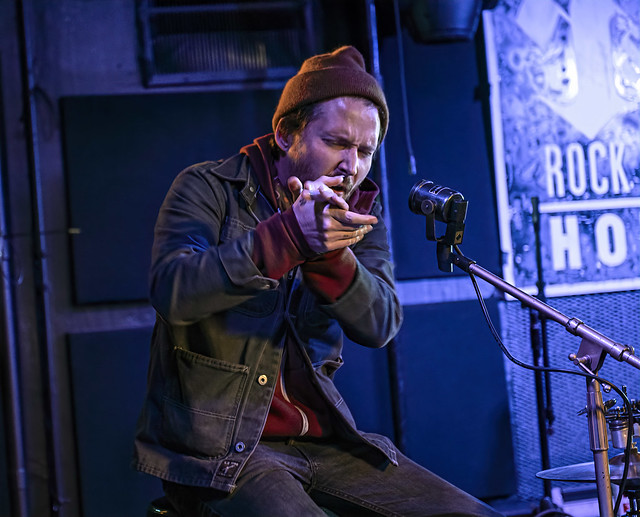 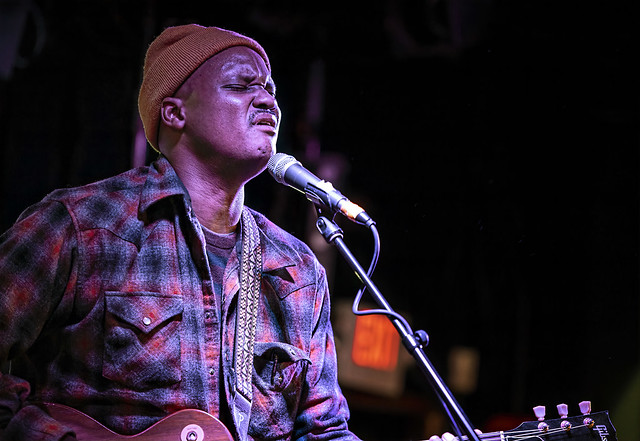