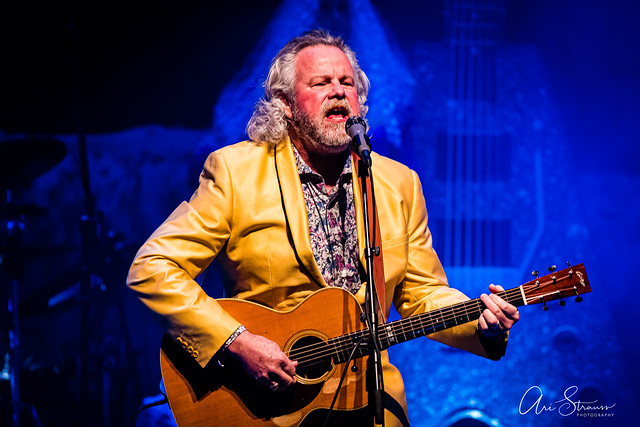 “If you want Christmas music,” Robert Earl Keen told the Lincoln Theater recently, “go to the mall.” REK’s Countdown to Christmas Tour steered clear of holiday music until the encore, when he played the fan-favorite “Merry Christmas from the Family,” an ode to the dysfunction and craziness of the holidays.

Bringing out opening act Shinyribs on Dec. 6, Robert went straight into “Feliz Navidad” to close out the show. The two songs were linked by the mention of the latter in the former, and Shinyribs’s horn section added genuine Tex-Mex flavor to the final number.

REK and crew celebrated the 50th anniversary of the moon landing with their show, complete with “special guests” and songs fitting the theme and era. He opened his set with “Charlie Duke Took Country Music to the Moon,” about the astronaut who played such greats as Merle Haggard on his way to a lunar landing. The song first appeared on the album Burn Band, which was attributed to the fictional Stryker Brothers — the duo of REK and Randy Rogers (who we covered a few months ago).

Stream Burn Barn by the Stryker Brothers on Spotify:

Various members of REK’s crew dressed in costume to bring the audience to space-themed songs of the ’60s. In a Sergeant Pepper get-up, “George Harrison” treated the crowd to the Beatles’ classic “Here Comes the Sun.” Aside from the bald cap, the bulkier “Michael Stipe” bore hilariously little resemblance to the real deal; he sang “Man on the Moon,” a tribute to the late, great comedian (and sometime professional wrestler) Andy Kaufman. Decked out in duds befitting his role, “Elton John” played the piano and sang “Rocket Man.”

A clearly American-accented “David Bowie” sang “Space Oddity.” REK told the audience that, when she was 12, his daughter asked if he’d heard of “this David Bowie guy.” He answered, “Yeah, I grew up with him.” Even the children of musicians, it seems, think that their parents are so lacking in hipness that he might not know!

In a clearly fictional story, REK said that, earlier in the day, gone out to 13th and U Street (the nearest intersection) to do a classic Cheech and Chong bit. He called out for Dave, and a local hippie responded, “Dave’s not here, man.” To sing “Age of Aquarius/ Let the Sunshine In” he introduced a comically stereotypical hippie. Shinyribs’ backup singers, clad in era-appropriate attire, joined in that last number of the set.

In addition to the space/ ’60s-themed tunes, REK played a number of his most popular songs, including “Feeling Good Again,” “I’m Going Home,” “Gringo Highway,” “What I Really Mean,” “Amarillo Highway,” “Corpus Christi Bay,” “Shades of Gray,” and his signature tune, “The Road Goes On Forever and the Party Never Ends.” The audience often sang along, as is customary for an REK show.

REK not only looked dapper, he appeared, as always, to be having a blast. His shows are always a joyous event, filled with enthusiastic, passionate fans. Serving as emcee, REK and company brought, as he said, “the spirit of Christmas.” If good cheer, laughter, and a sense of community define the Christmas spirit, no show, even one full of traditional holiday tunes, is truer to it than REK’s Countdown to Christmas.

Here are some pictures of Robert Earl Keen and company performing at the Lincoln Theatre on Dec. 6, 2019. All photos copyright and courtesy of Ari Strauss. 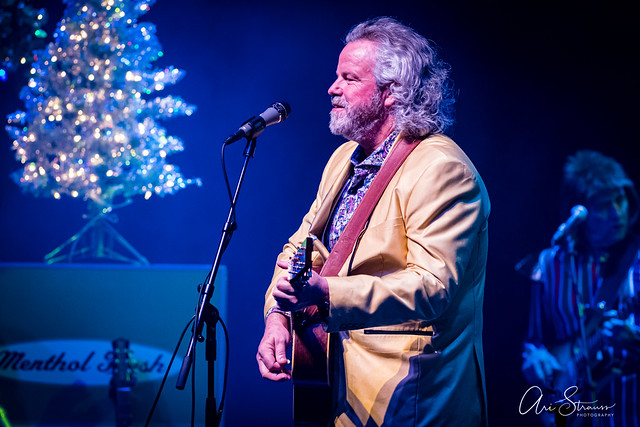 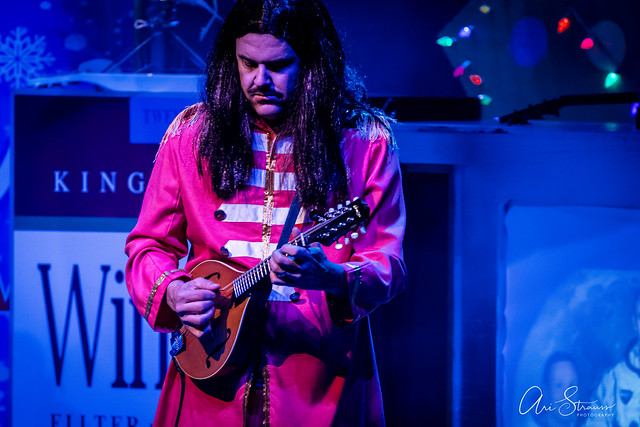 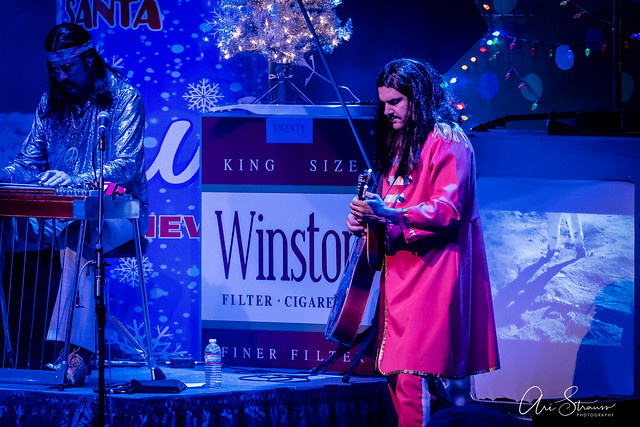 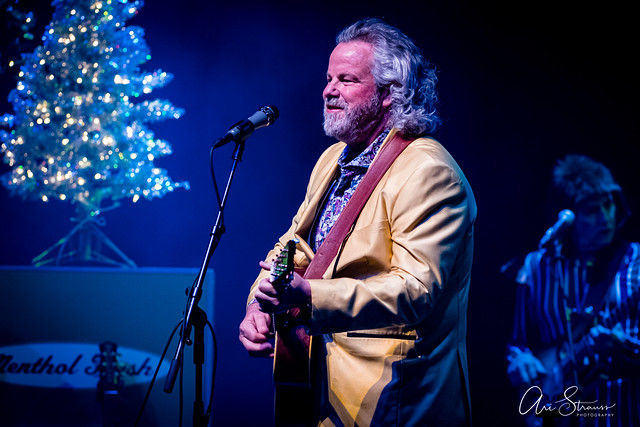 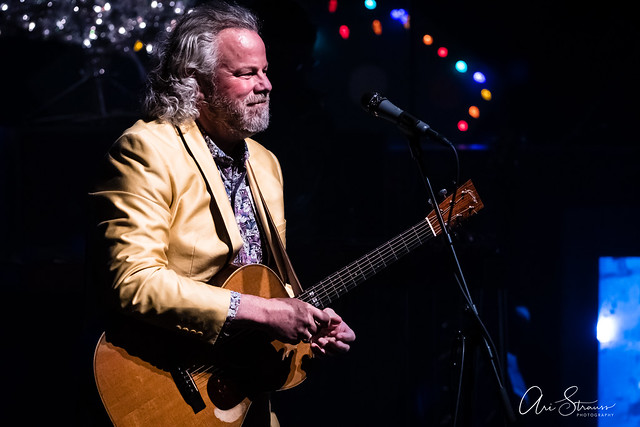 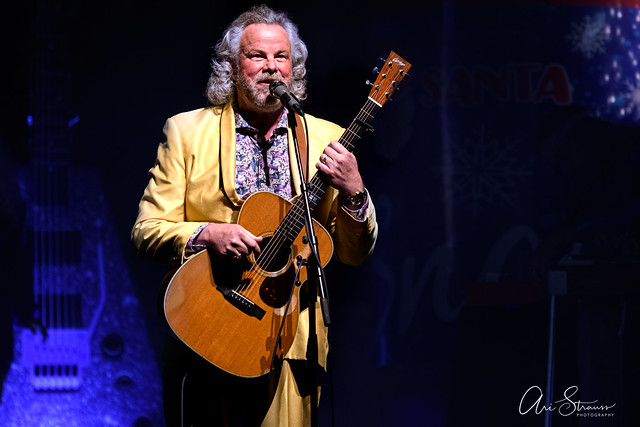 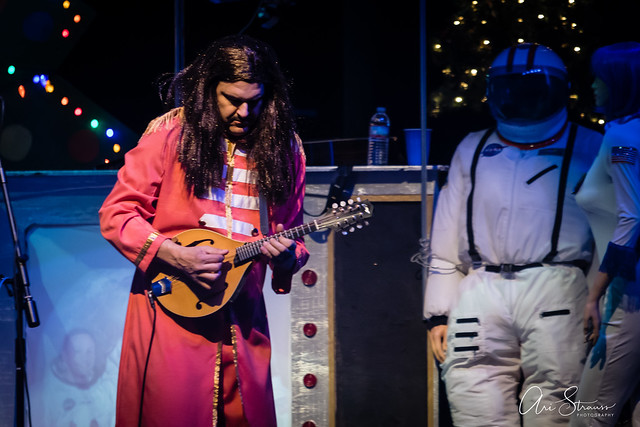 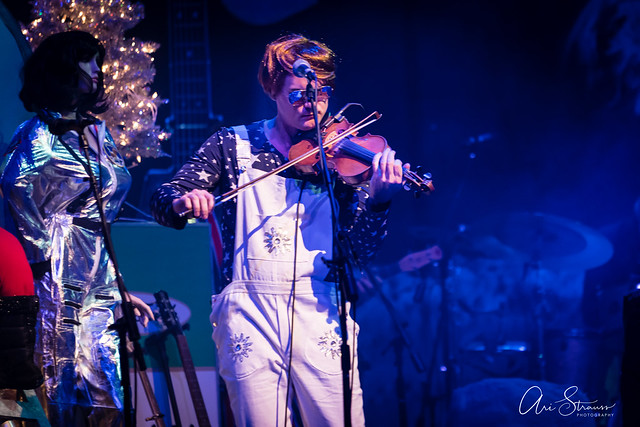 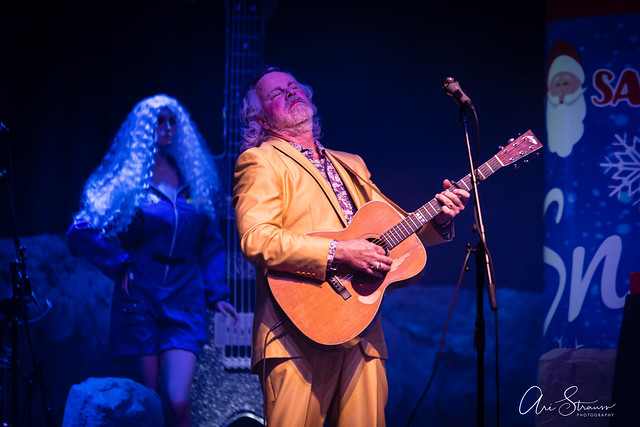 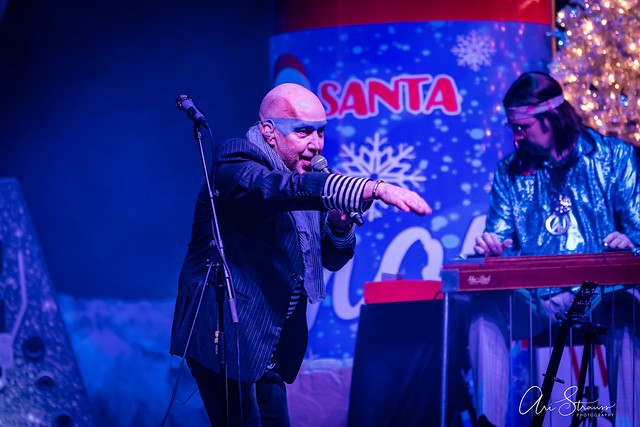 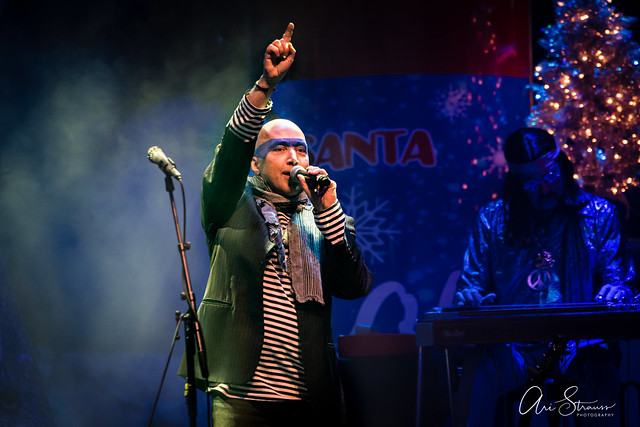 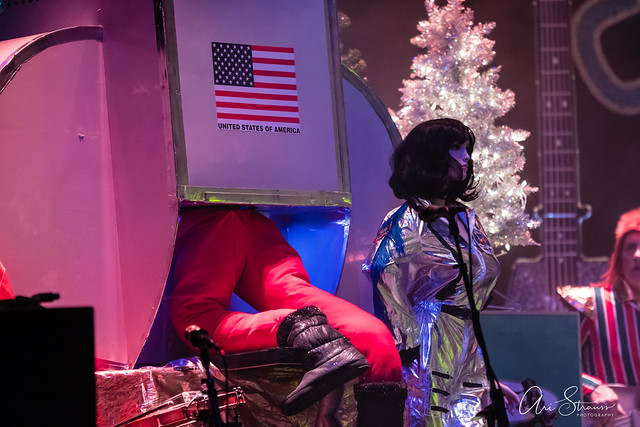 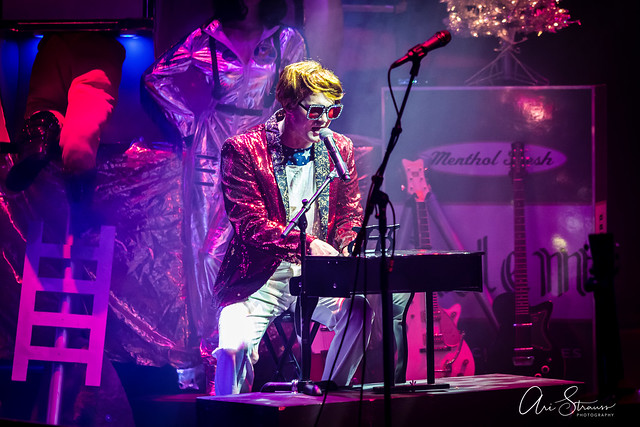 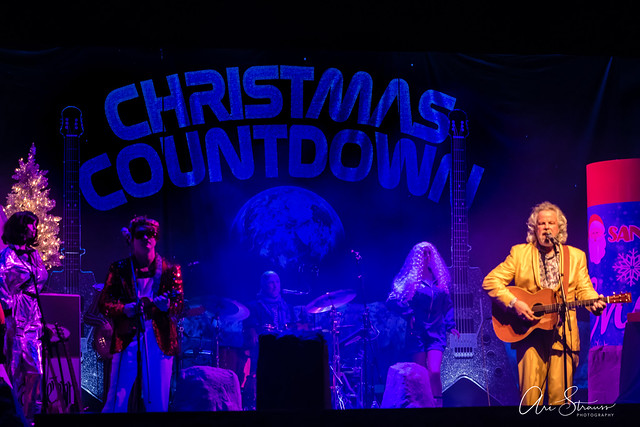 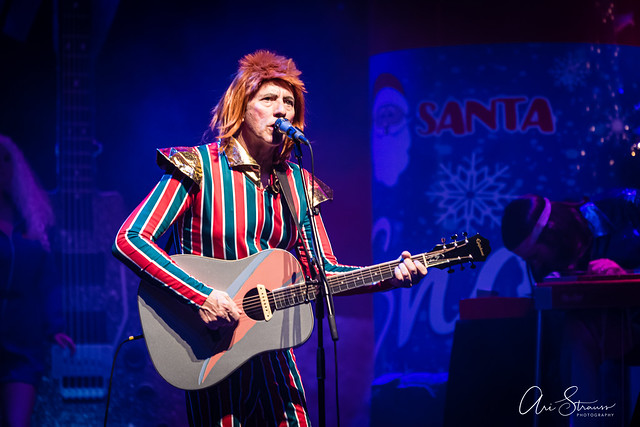 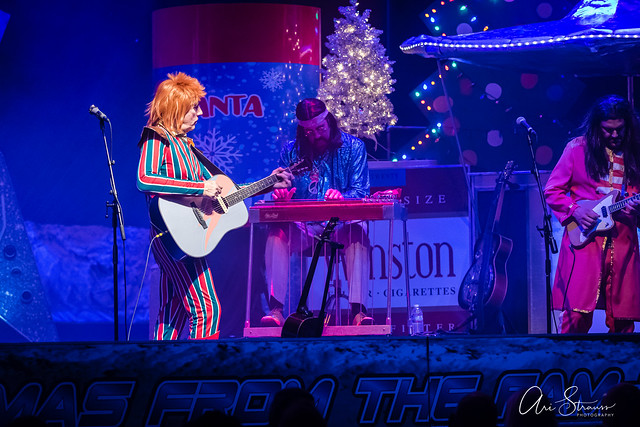 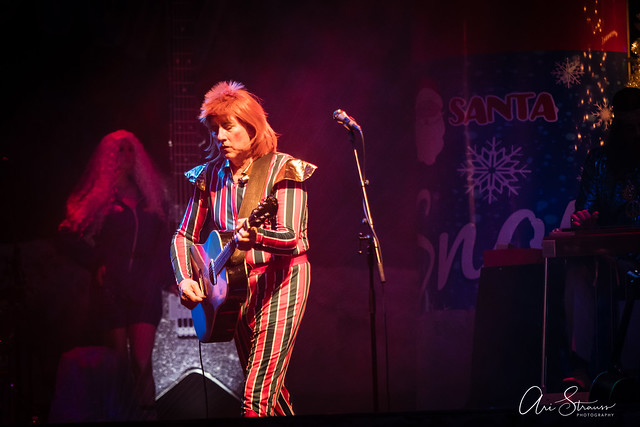 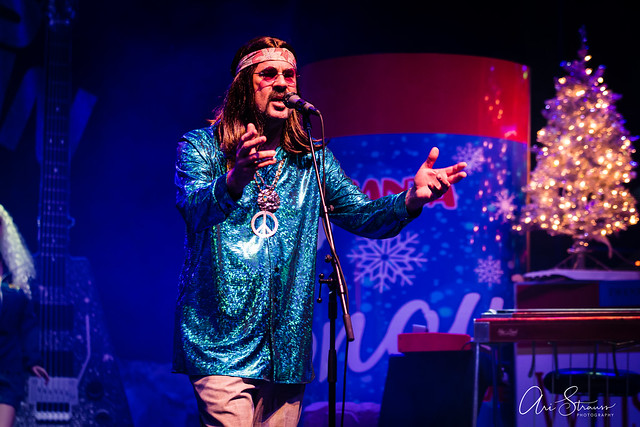 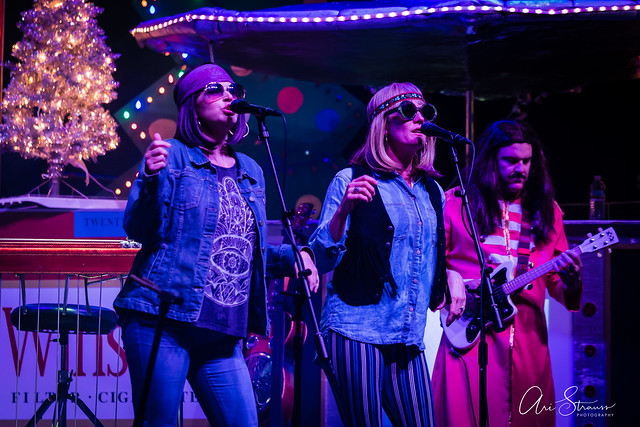