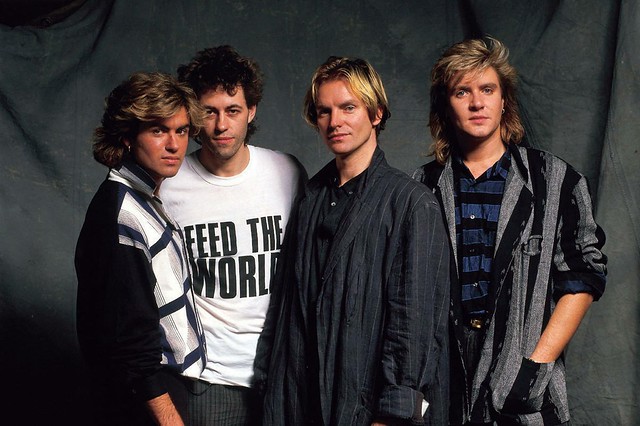 In 1984, Bob Geldof and Midge Ure teamed to write “Do They Know It’s Christmas,” and they recruited a bunch of pop stars to sing the song for a charity record dedicated to famine relief under the banner of Band Aid.

On Thursday, Dec. 12, at Dodge City, we’ll celebrate the spirit of the song and play some other New Wave-supported Christmas tunes during Careless Memories: A New Wave Party. Get into the holiday spirit with us starting at 8pm!

Given that it was 1984 in England, a large percentage of Band Aid pop stars consisted of the top New Wave artists of the day, including Duran Duran, Culture Club, Spandau Ballet, Heaven 17, and others. See for yourself!

Revisit the official music video for “Do They Know It’s Christmas” by Band Aid on YouTube:

We also will play some Christmas classics from the Pet Shop Boys, David Bowie, Prince, U2, Eurythmics, Squeeze, Ramones, Captain Sensible, and of course The Waitresses!

Admission for Careless Memories is free.