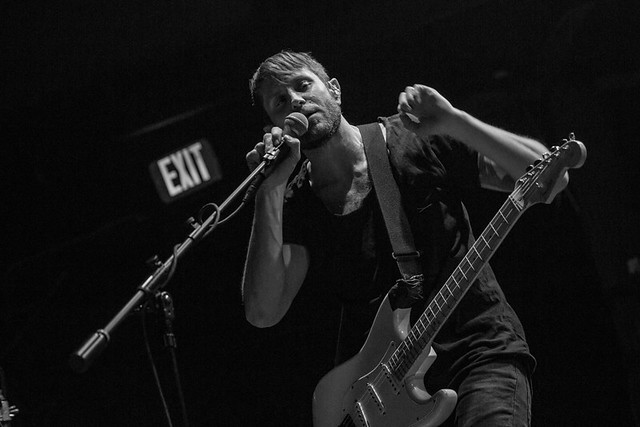 When you see Los Angeles noise rockers HEALTH, you are both lifted up and smashed down. First, you hear the soaring, light vocals of frontman Jake Duzsik, who elevates your spirit, and then you see the massive, crushing synths of John Famiglietti, who beats you down in the very best way with a flip of his hair.

Drummer BJ Miller added melodic crashes that would alternatively knock you over or dissolve into ether, and thus HEALTH rumbled through a very good show at 9:30 Club recently.

All of HEALTH’s signature touches were fully on display in a double bill with Rhode Island’s Daughters on Dec. 18. HEALTH’s setlist favored their last two albums, drawing five songs from 2019’s Vol. 4 :: Slaves of Fear, the trio’s fourth studio album.

HEALTH have gotten consistently darker since their first release, and that dark mood pervaded the music. Still, the band’s undeniable appeal shown through on new songs like “Psychonaut,” played early in the show, and “Feel Nothing,” which appeared in the middle of the 16-song set. Both songs addressed loss but did so with differing tempos. John’s style of playing synthesizer like a hawk swooping from the air remains one of the most theatric flourishes in a synthpop band ever, and he took the spotlight during “Psychonaut.” During “Feel Nothing,” BJ rained sticks upon his drumheads with the velocity and cadence of a military procession, absolutely gobsmacking the moshing 9:30 Club crowd.

Stream Vol. 4 :: Slaves of Fear by HEALTH on Spotify:

Yes, there was plenty of moshing, even to the slower HEALTH songs. Opener Show Me the Body launched the evening with a fast-paced hardcore set that inspired DC punk to slam dance, and they weren’t in the mood to stop after HEALTH took the stage. The intense HEALTH lightshow drove revelers to dance harder through the strobes.

Still, HEALTH’s intense lightshow was at times a bit dispiriting as they are a great band to actually watch. The three gents are terrific performers, and witnessing their relationship with their instruments is a compelling reason to see them live. John often writhed in time with his synth or his bass while BJ launched himself fully into percussive madness. Jake’s cool detachment underscores the increasingly adrift lyrical content of HEALTH’s songs. Catching them live truly breathes a sense of life into the music.

Here are some pictures of HEALTH performing at 9:30 Club on Dec. 18, 2019. All photos copyright and courtesy of Paivi Salonen. 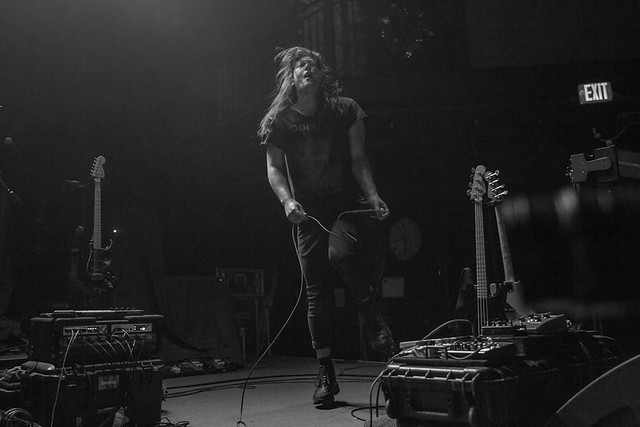 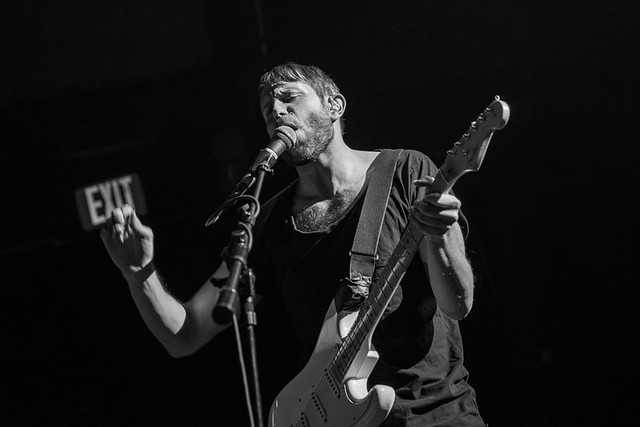 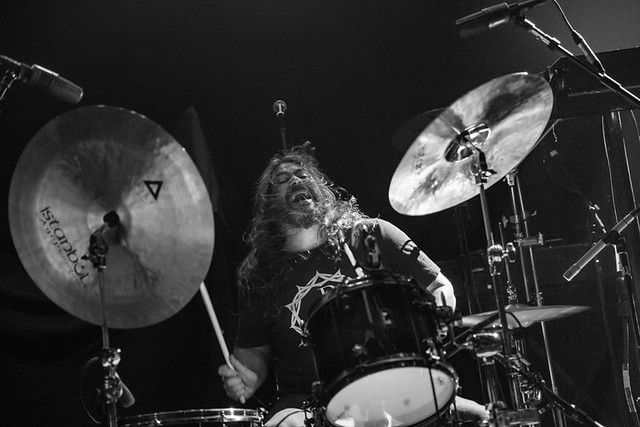 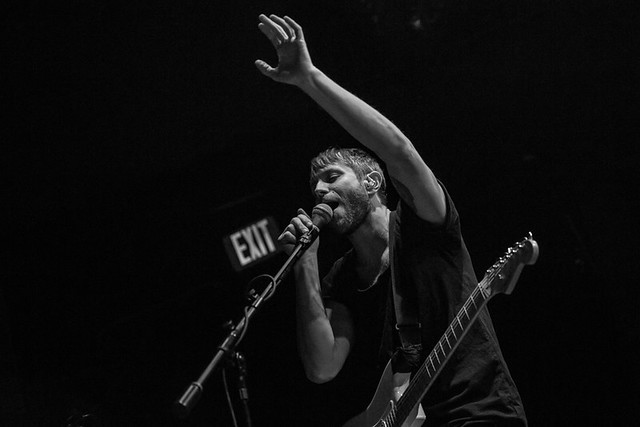 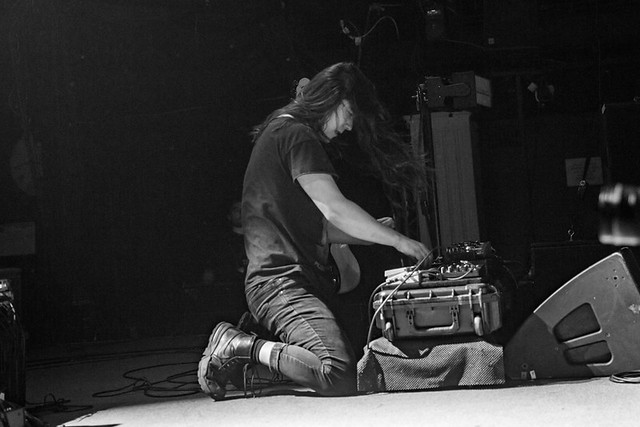