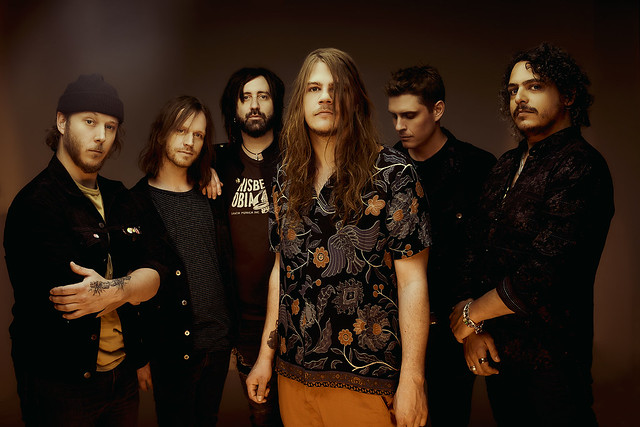 JUNO Award-winning rockers The Glorious Sons play 9:30 Club on their highly anticipated A War on Everything North American Tour on Friday, Jan. 24!

The upcoming tour, which launches Jan. 16 in Pennsylvania, coincides with the celebrated release of the band’s brazen and brutally honest new album A War on Everything (published in September via Black Box/BMG), which features the hit single, “Panic Attack” (#1 on Billboard Mainstream Rock and Mediabase Active Rock Charts).

Watch the official music video for “Panic Attack” by The Glorious Sons on YouTube:

A daring 14-track collection of stadium-ready, “dirty, sweaty rock” (Alternative Press), rife with devastating moments of vulnerability and searing insight into universal truths about anxiety, sadness, and isolation in the 21st Century, A War on Everything was produced by Frederik Thaae (Kate Nash, Atlas Genius), and it was recorded at North of Princess studios in the group’s hometown of Kingston, Ontario.

Billboard hailed the record’s “turbulent guitar licks,” saying, “maybe the self-aware band thinks [rock] is dying, but they might just be resurrecting it.” Stuart Berman for Apple Music said, “A War on Everything heightens the tension between entertainment and inner torment at the heart of The Glorious Sons’ sound.”