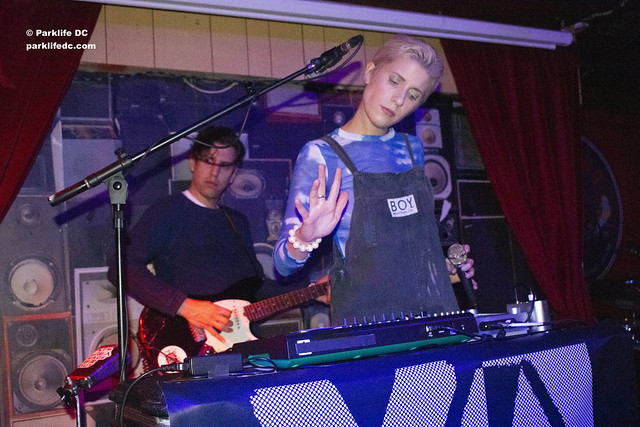 Editor: We have updated this post with more photos of YACHT performing at Rough Trade NYC on Jan. 18, 2020!

Inspired in part by an application called the Verbasizer offered by David Bowie in the ’90s, synthpop trio YACHT wrote an album in collaboration with an AI program last year.

YACHT performed the appealing results in its entirety at Songbyrd Music House recently, offering the 10 new wave tracks of Chain Tripping live in reverse order of the record. And interestingly, the songs sounded like something that could have sprung directly from a Bowie collaboration with Brian Eno in the ’70s.

Engaging and chirpy, YACHT frontwoman Claire Evans even seemed to embody a touch of Bowie with her short blonde hair, recalling the Starman’s own often androgynous appearance, at Songbyrd on Jan. 15. The clever singer was the perfect guide through a bright streak of music written in part by computer; her happy-go-lucky attitude and Bohemian chic style were altogether very human but her appetite for science and philosophy and her whipsmart capacity to synthesize human warmness and machine coolness into a fantastic whole.

Early in the show, the band mixed some funky bass lines in with those keen synthlines, and founder Jona Bechtolt and keyboardist Rob Kieswetter would trade synths for guitar and bass. Early in the set, “Sad Money” offered a perfect fusion of synths and strings, and later single “Scatterhead” provided an exciting layering of sounds that proved addictive listening. The bustling room at Songbyrd danced in response, particularly when Claire waded out from the short stage herself to dance into the audience during the album’s final numbers.

After such a winning presentation, YACHT had room for plenty more, playing a selection of their best regarded numbers from previous albums. I liked Chain Tripping when I heard it first, but I loved it more when I heard it live, convincing me that YACHT can only get better with each successive album. Still, YACHT remain much beloved for early songs “Dystopia (The Earth Is on Fire)” and “Psychic City,” from the band’s fifth and fourth albums respectively, and those numbers comprised a very well-received encore.

On the way there, YACHT added “I Thought the Future Would Be Cooler” from the 2015 record of the same name, a brilliantly crafted pop album that still resonates very strongly with me. YACHT also nodded to their last record — the EP Strawberry Moon — with “Hard World,” revisiting the release that last brought them to the DC area for a show at the Rock and Roll Hotel two years ago. All in all, this show was a triumph — wonderfully bright and energetic and generally brilliant.

By the by, YACHT’s AI-powered record Chain Tripping has been nominated for a Grammy Award as “Best Immersive Album,” and it would be a win well deserved! (The awards ceremony is Sunday, Jan. 26.) The irrepressible synthesists of YACHT hopefully will return soon with more inventive pop brilliance, crafting tunes in the footsteps of Bowie and Eno.

Here are some pictures of YACHT performing at Rough Trade NYC on Jan. 18, 2020. All photos copyright and courtesy of Ben Eisendrath. 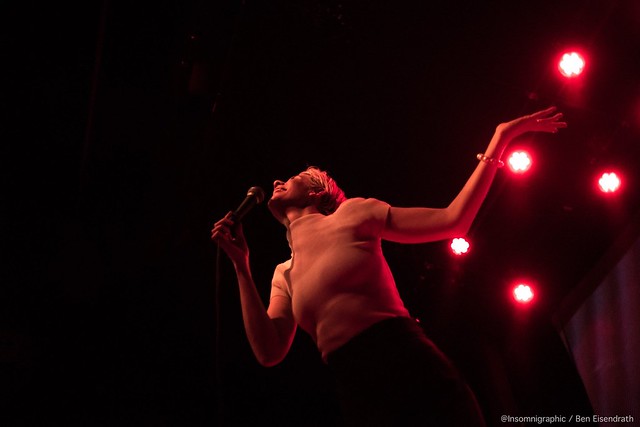 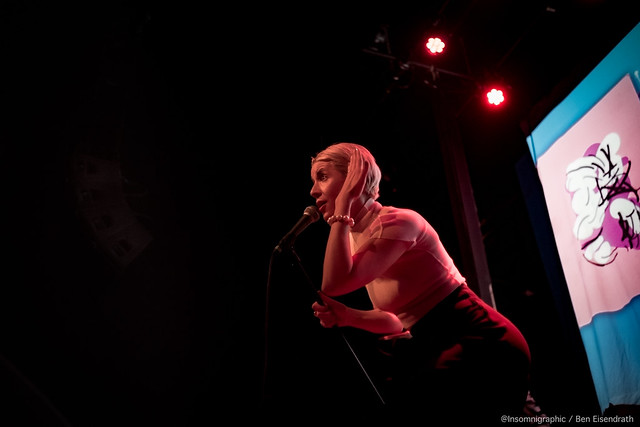 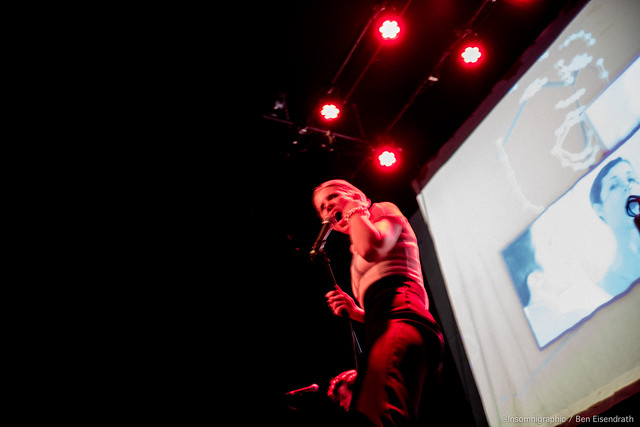 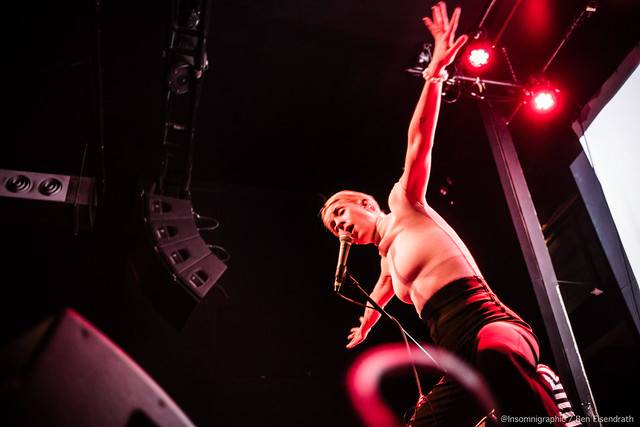 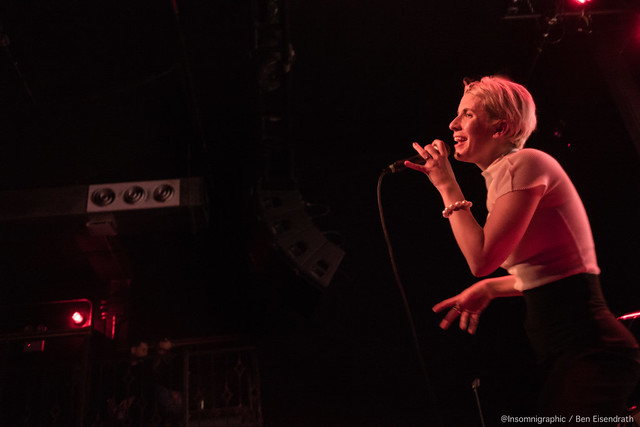 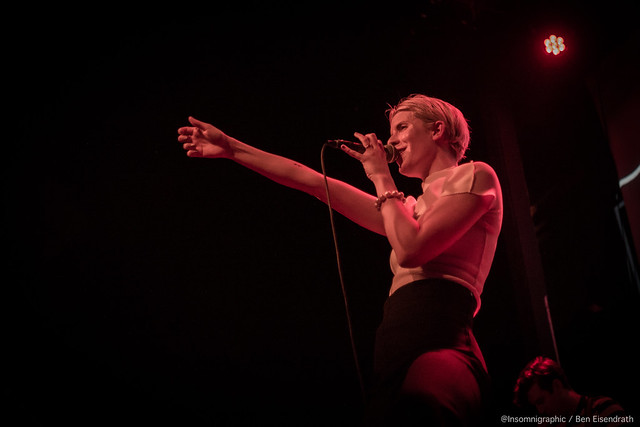 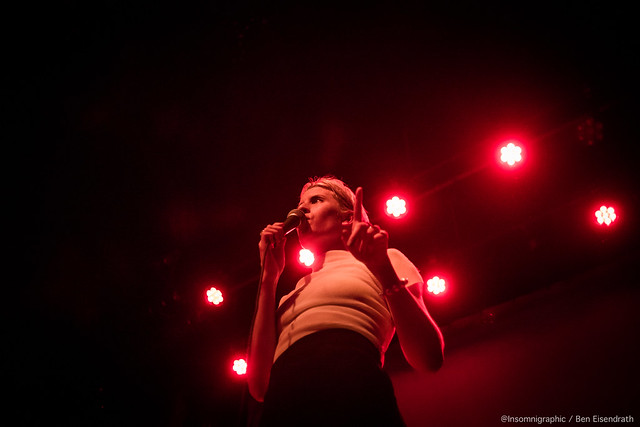 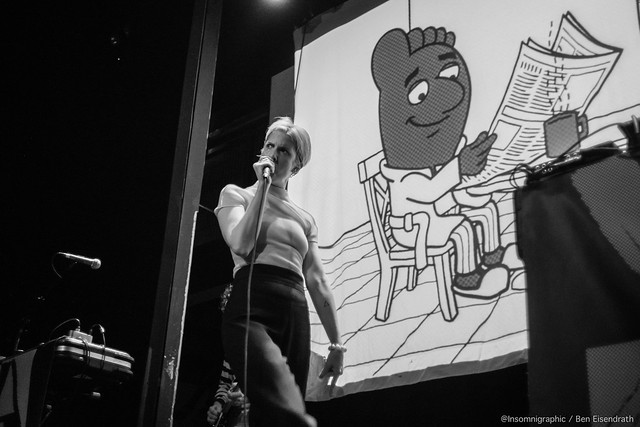 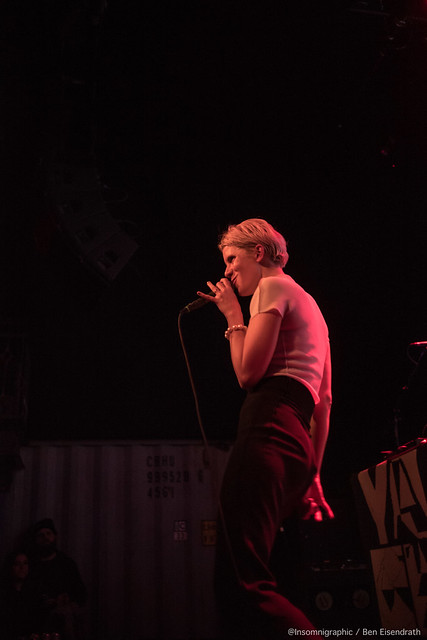 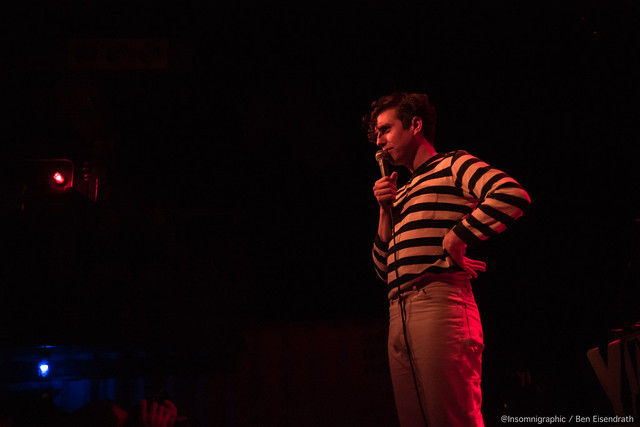 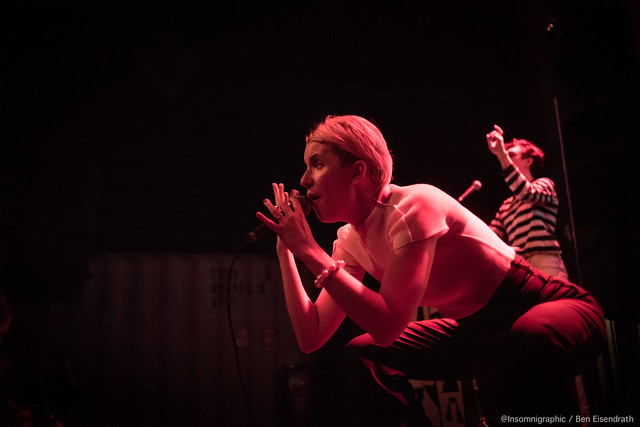 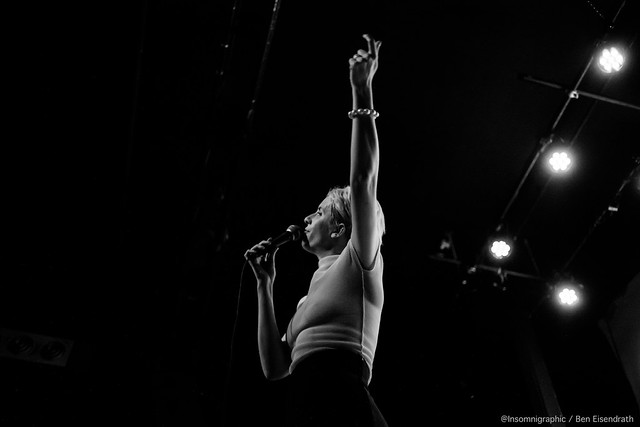 Here are a few pictures of YACHT performing in a very dark Songbyrd Music House on Jan. 15, 2020. 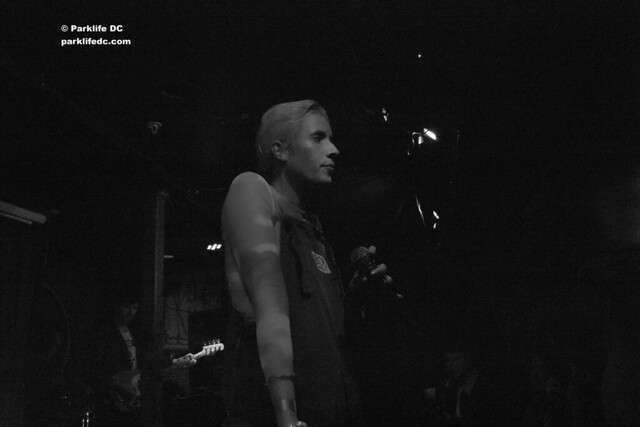 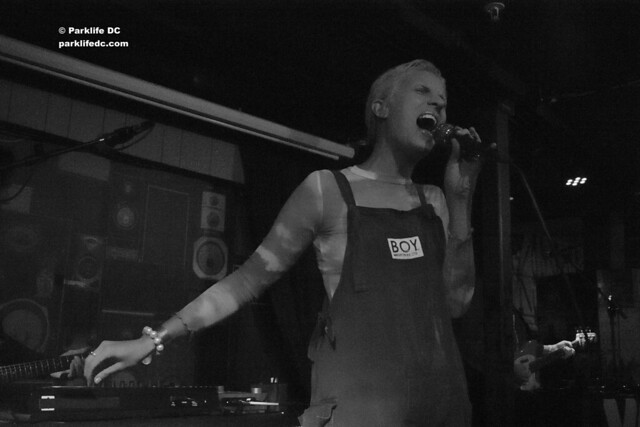 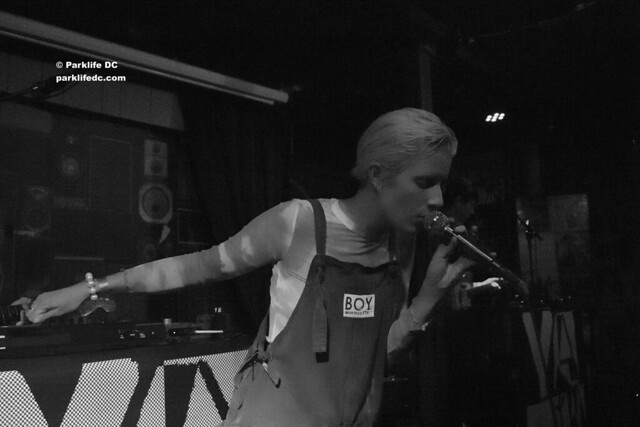 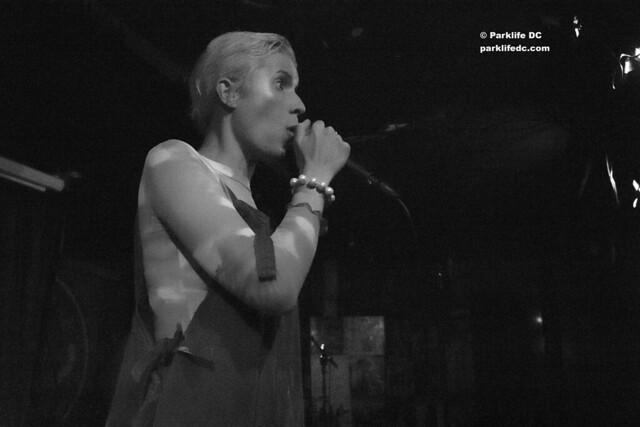 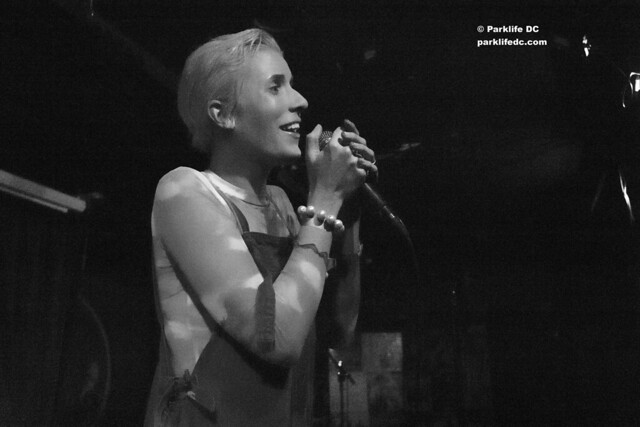 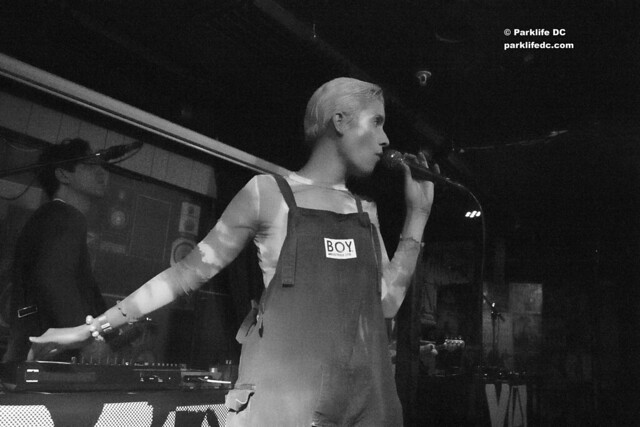 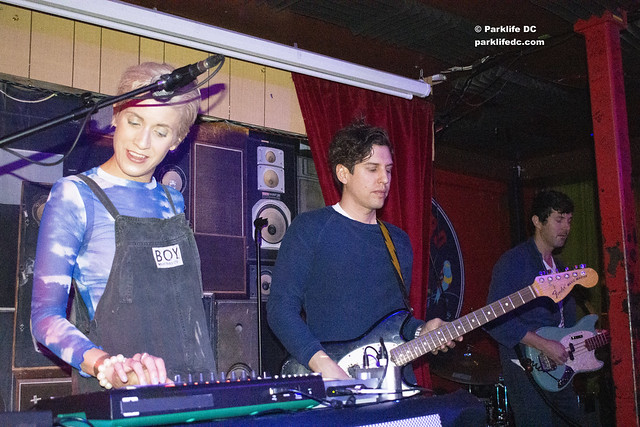 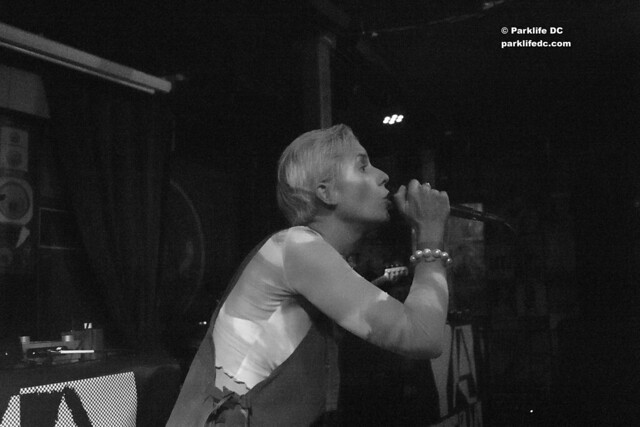 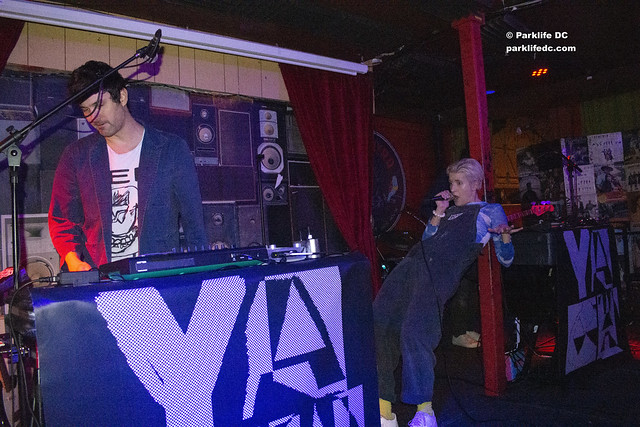 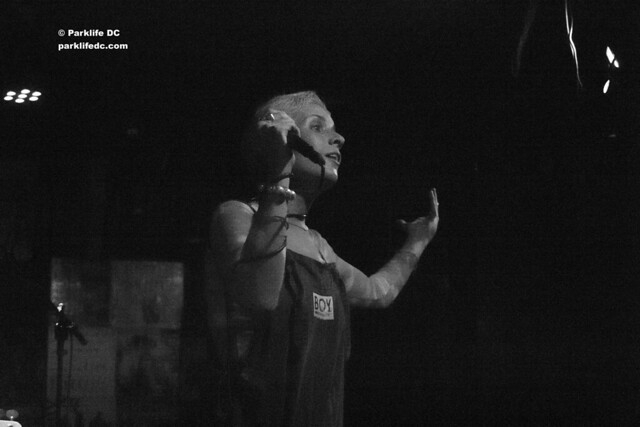 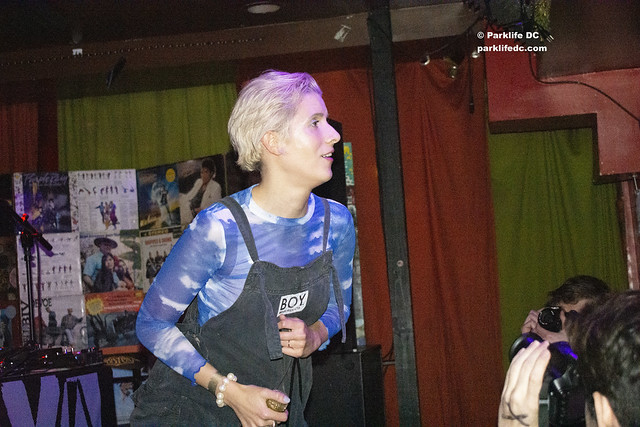 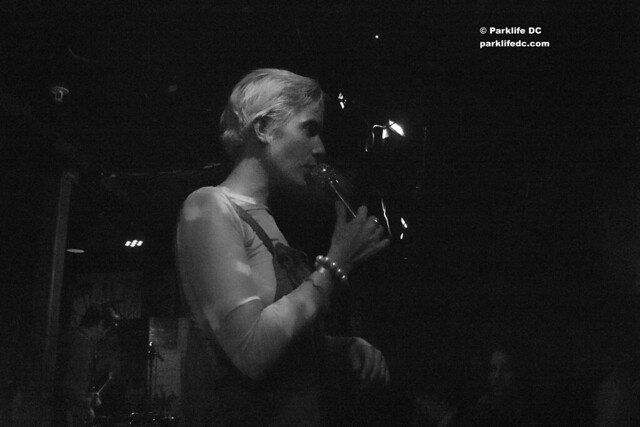