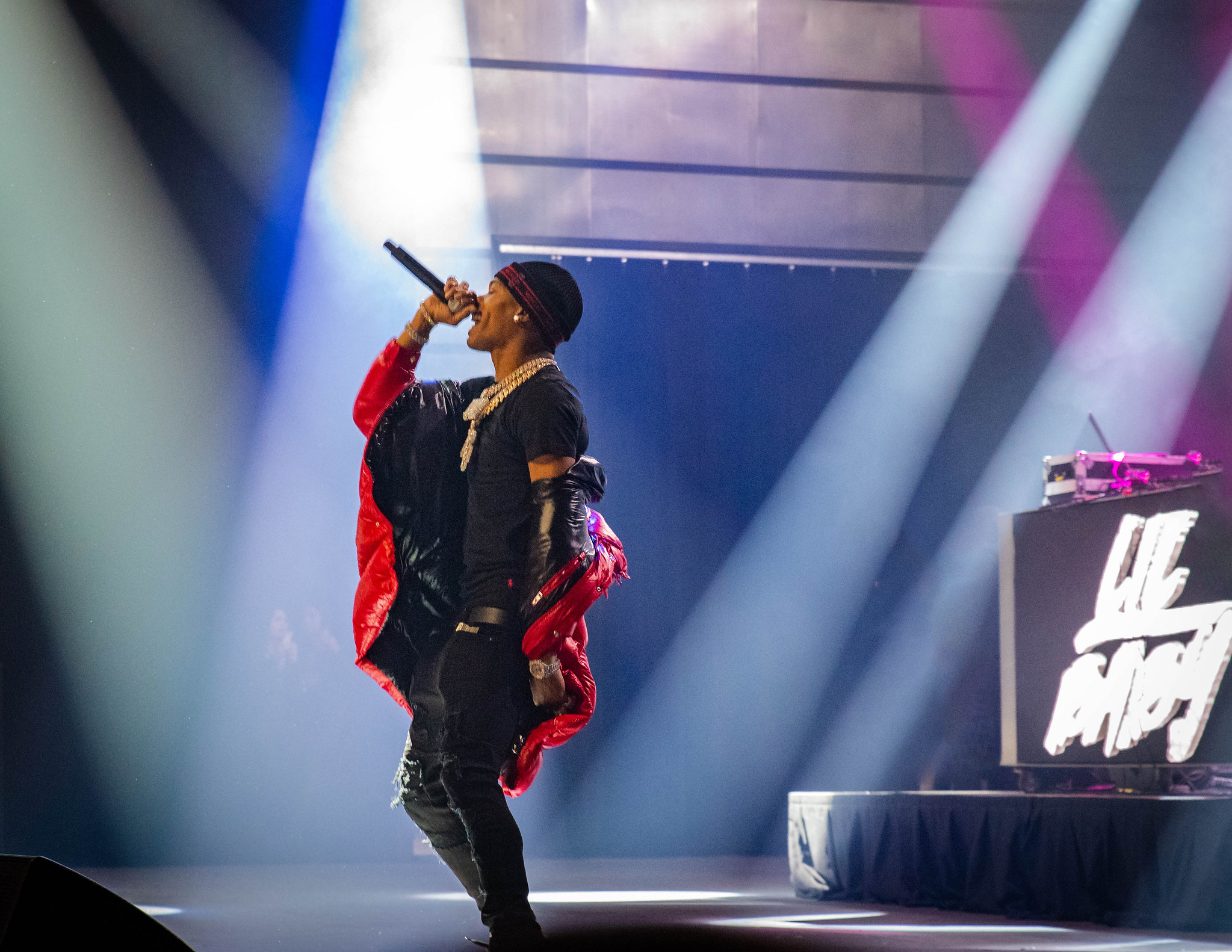 One dollar bills rained down on the crowd as Lil Baby hit the stage for a sold-out DC crowd recently at The Anthem along with opening act Rod Wave. Baby got the people bouncing from the minute he came out performing the Drake featured “Yes Indeed” followed by other older songs that helped establish him such as “My Dawg” and “Freestyle” while the money fell into the crowd.

The Grammy-nominated Atlanta rapper has made a name for himself putting out hit after hit record since breaking onto the scene over two years ago.

At The Anthem on Jan. 23, Baby bounced around his catalog throughout the night, going from mixtape tracks like “All of a Sudden” and “Pure Cocaine” to some of his most popular records featuring his friend and frequent collaborator Gunna such as “Sold Out Dates” and the platinum hit “Drip Too Hard” followed by his newest record “Sum 2 Prove”from his upcoming album “My Turn.”

As the beat dropped to his latest smash “Whoa,” he decided to stop the show and pull some kids from the crowd up on the stage to dance just like in the music video which features dozens of kids to the song.

After the kids left the stage Lil Baby showed his love for the city by bringing out Big G and Weensy from the legendary Go-go band Backyard Band and giving them time perform a few classic Backyard records. Baby came back on stage and went right back to work with songs like “Baby,” “Oh Okay” and “Out the Mud.” He closed the show out with his biggest song to date, “Close Friends.” Confetti fell all over the stage and crowd while Baby and his fans sang the song back and forth to each other.

While Lil Baby’s latest album My Turn won’t release until sometime in February, you can still stream or buy his older projects wherever you listen to music.

Below are some more photos of Lil Baby along with Rod Wave performing at The Anthem in a show produced by Major Life Entertainment on Jan. 23, 2020. All photos copyright and courtesy of AJ Waugh (@Waufflez – wauffleznotwaffles.com).