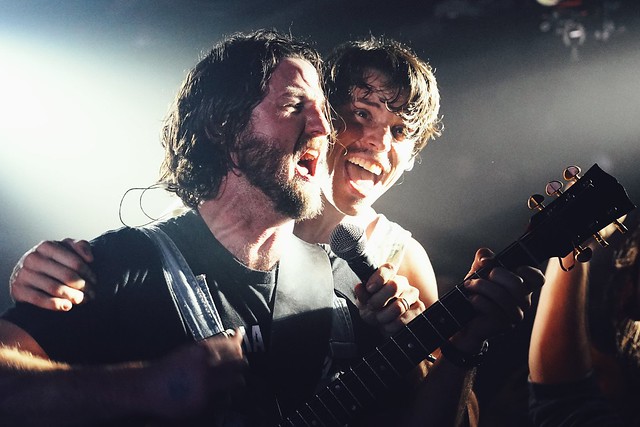 It was sweaty inside DC9 before the opener even took the stage, always a sure sign that the night would deliver its promise, or, at the least, help you burn some calories. Elbow-to-elbow in the 149-person, dimly-lit, second-level of the small 9th Street NW bar, fans—many of them authentic locals, including relatives of the band—were wise to get there early. After all, there won’t be too many more chances to catch Illiterate Light perform in a venue with such tight confines.

In the same tradition as other great tandems — Laurel and Hardy, Starsky and Hutch, Jordan and Pippen — Illiterate Light used flexible cohesion and selfless collaboration to assemble something that’s arguably bolder and casts a wider net than some of the renowned hard-rocking duos of the past couple decades.

A friendship kindled in the Shenandoah Valley, lead guitarist Jeff Gorman and drummer Jake Cochran met while attending James Madison University in Harrisonburg, Virginia, removed from the hustle-bustle life in their respective hometowns of Towson and Arlington.

Billed early in their earliest days as “experimental alternative,” the two-man outfit released its first full-length album via Atlantic Records in October 2019. It’s a self-titled work that emits cross-generational tonality and, if their performance at last summer’s Newport Folk Festival hadn’t already done so, catapulted Jeff and Jake onto the music scene.

Their debut sounds and feels built out of salvaged components of progressive rock, punk, new wave, synth pop, glam metal, ’90s rock, and more modern indie rock sounds, cleaned to a sparkle and presented in dazzling fashion by a band whose identity—with only two members — manages to shift in between notes.

Reminiscent of ’90s pop radio sounds, Illiterate Light’s vocals, provided mostly by Jeff, were inviting, soothing and intoxicating, conjuring the likes of Scott McMicken (Dr. Dog) and Tyler Ramsey (Band of Horses). His voice rang of a confident choirman, but could rush to a scream, as his words explored the topics of government, war, relationships, other timeless matters.

On Jan. 25 at DC9, following a primer from opener and their Richmond friends Camp Howard, Illiterate Light checked off a list of favorites, opening with “Nuthin’s Fair,” a misgiving, shoegazing piece that blends the angst of ’90s grunge with psychedelic distortions and effects.

With a background that includes working alongside one another as organic farmers, it’s clear these two young men have a special relationship, one that really only exists with people whom you’ve at one point called “coworkers.” After their first band, Money Cannot Be Eaten, disbanded, they went off to gain different experience — Jeff became a substitute teacher, Jake worked construction. Joined again, they have a bond, a trust that doesn’t come without consuming a slice of life together — the good and bad.

Jeff and Jake challenged, even one-upped each other and they used that to move in an exploratory direction. It was a display that feels athletic in its achievements — two friends essentially working out together, getting their hands dirty in the music, as they flicked through sounds like vinyl in a bin searching for the right collisions, crashes, and segues.

Jeff, 30, is from a family of many talents — his uncle Steve, as is commonly known, was a longtime drummer for The Black Crowes; his cousin Matt played college basketball at Syracuse University. Jeff himself was an athlete in his scholastic day and that shined through as he put himself through a rigorous workout on stage, and he appeared fit and up to the task.

Swinging around a Gibson like a childhood toy he’d never let go, Jeff multi-tasked in impressive fashion as he used his toes to direct a Moog Taurus III — a sought-after, foot-operated monstrosity of an analog synthesizer that, in its early versions, was used by pioneers such as Genesis, Rush, and Pink Floyd. In the flickering madness on stage, Jeff would step here, stomp there, improvising an eruption of effects within the band’s more hectic voyages, say “In the Ground.”

Stamina is required to keep up with Jake, 29, who was squeezed into revealing, hot blue stretch britches, loose in a wide-open vintage Hawaiian flowered shirt. Nirvana-era David Grohl meets Freddie Mercury at his most flamboyant, Jake is a wiry, slippery, lovable machine gun of a percussionist and a high-energy back-up vocalist who procures the affection of the room by showing it a window into his emotions.

Circular saws for arms, Jake spun, pounded and, occasionally, focused his radiant eyeballs on random nothingness, before suddenly shrieking and laughing to himself or Jeff. Exasperated at times throughout the show, he sat down at one point for a long guzzle from a water bottle, his pants soaked with perspiration. The man sure could use a drumstick sponsorship — he’s splintering them at an expensive clip.

Beginning with grooving chords and then sparked with a thunderclap, the song “Caroline Lorelei” used an infectious figure-eight loop and a new wave infusion and sat Jeff’s soft-speak right on top of it to make it one of their more recognizable tracks.

With no break after the opener, the next song, “Sweet Beast,” contrasting power riffs and an echoing chorus, felt plucked right out of the MTV Buzz Bin. On the early 2019 EP of the same name, it painted a picture of a person or people gripped by internal struggle, with little help from the outside world.

Fueled by an irresistible power pop beat, “I Wanna Leave America” conjured nostalgia for better times that might never materialize on this continent. You can hear this longing off in the distance of Jeff’s scales toward the end as they seem to beautifully whine off in solidarity.

Another tune spackled with alternative and new wave textures, “Here Lie The Bones of My Favorite Car” came midway through the set, giving the band another chance to unleash physically while speaking to the challenges of establishing identity and maintaining fortitude.

An engrossing progression that arcs and finishes with disturbing, sonic crashes, “American Boy” was ironic, full of anger, and conveyed a straight-forward message consistent with the Illiterate Light curricula: “Everybody’s saying there’s no other way of living, but I hate this whole system and I wish it would go away.”

Stepping into the cramped audience — Jeff with his acoustic, Jake hugging a tom-tom — the pair performed a campfire version of “Sometimes Love Takes So Long.” A must for the 20-something’s vacation playlist, they delivered a moving take on this song, raw and vulnerable, with some of their relatives close by, visibly emotional, and bouncing along as the duo spun, backs pressed, comfortable as in their own living room.

This coming-of-age tune peaked with a chilling, cautionary line that seemed to warn the world at large: “Don’t make a joke of our hard work.” These words could be spoken from way up above, amazing songwriting that can raise the hair on your arms. Amplified this moment was Saturday night — the packed bar cried out the words, swarming around Jeff and Jake in celebration.

The night’s closer, “Growing Down” was a stratified tune about the disappointments and embarrassments of American life, and it moved swiftly from folkish jangle to rock jam by featuring the duo at their very best –hastily attacking their instruments, ripping every last noise out of them in an all-out, tag-team barrage moving the song’s mood toward despondency.

Jeff asked some important questions: “Are you grown up yet? Does the war make sense? Did you graduate? Do you appreciate your country?”

In a time and a town gripped by turmoil being documented worldwide, the closing lines of Illiterate Light’s final song, “I’m growing down,” rang out like the words of a generation with a chip on its shoulder, hopefully, no longer disillusioned by a once-achievable, now-distant, fading America. Or, at the very least, it was one that, in massive swaths, has lost faith in “the system,” as pointed out in another song Saturday night.

As Illiterate Light looks to capitalize on their early and quick popularity, it stands to reason the songs Jeff and Jake craft moving forward will, much like the name of the band, search for a brighter and better path for tomorrow.

Nuthin’s Fair
In the Ground
Caroline Lorelei/Sweet Beast
I Wanna Leave America
Here Lie the Bones of My Favorite Car
American Boy
Sometimes Love Takes So Long (acoustic, in the crowd)
Without Walls
Better Than I Used To
Vampire Bluez
Growin’ Down

Here are some photos of Illiterate Light performing at DC9 on Jan. 25, 2020. All photos copyright and courtesy of Casey Vock. 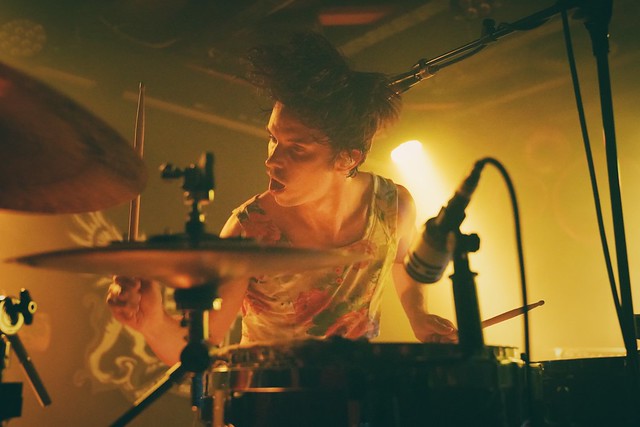 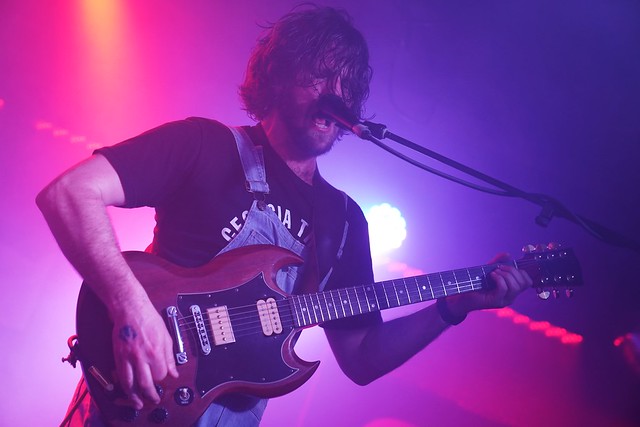 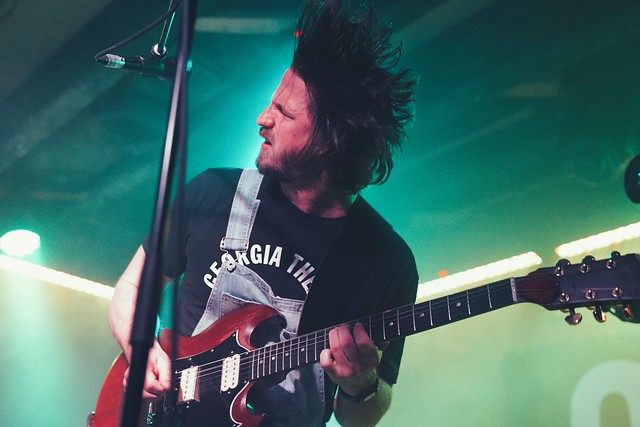 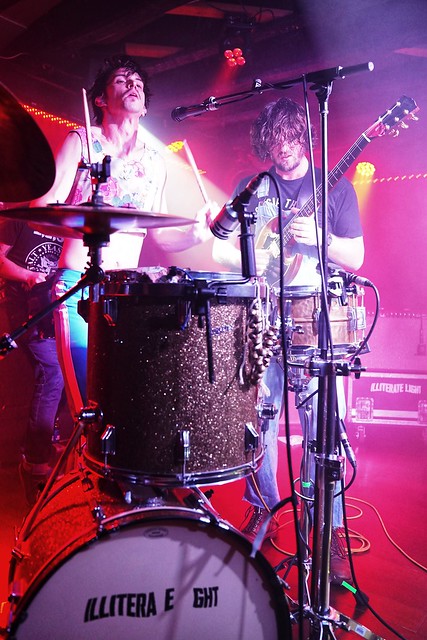 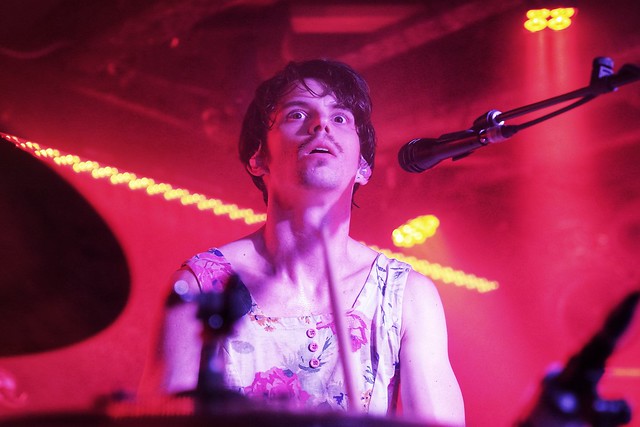 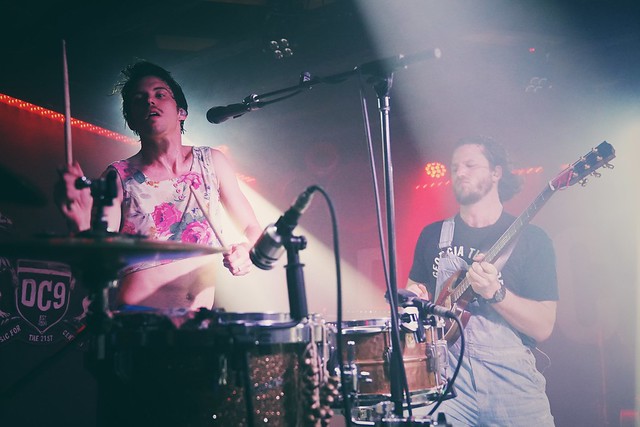 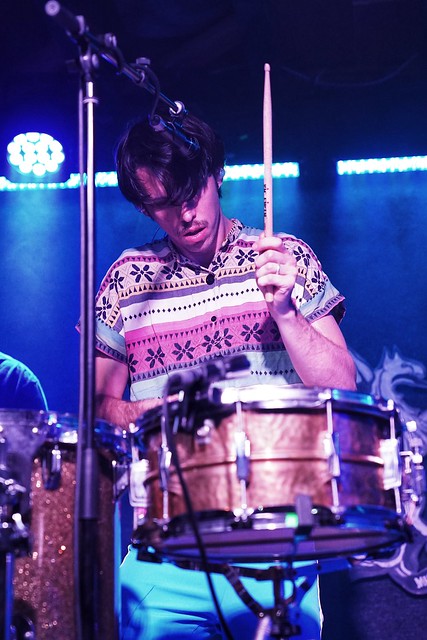 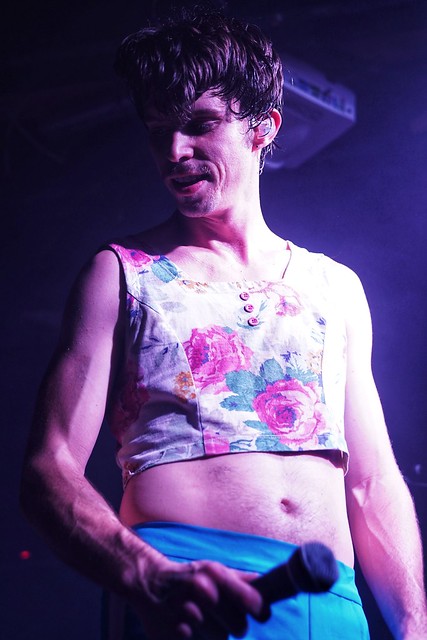 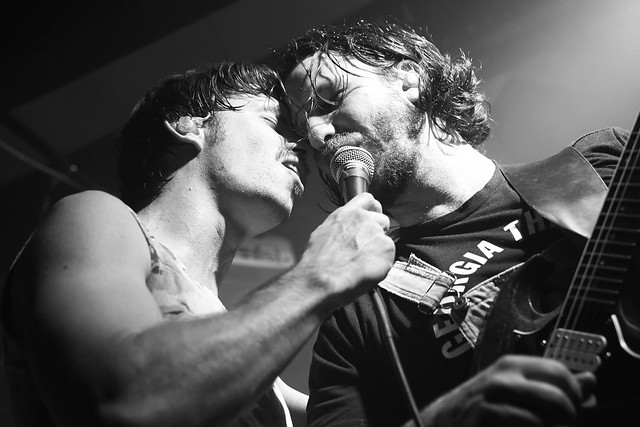 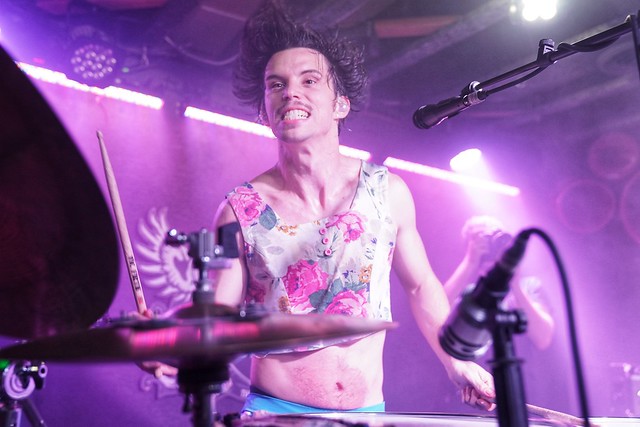 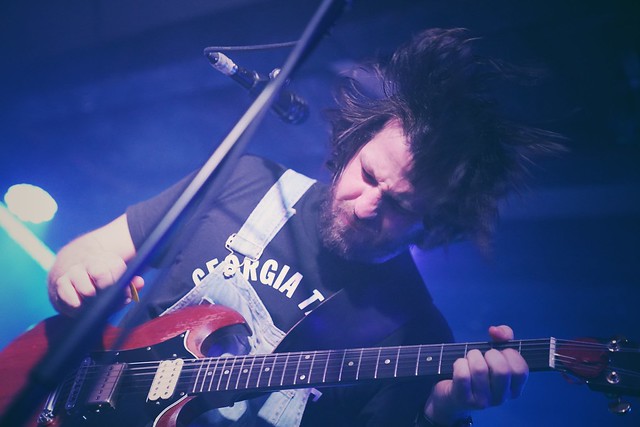 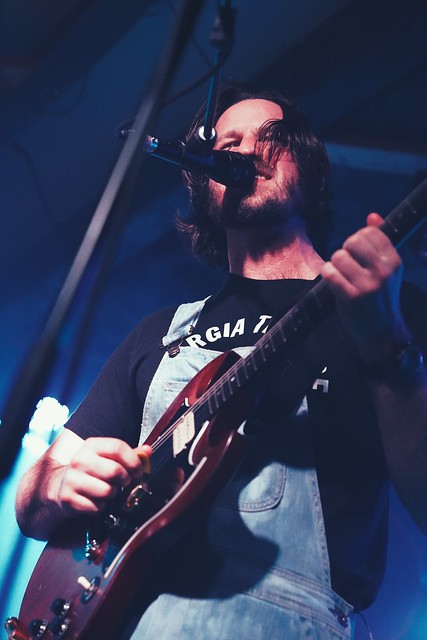 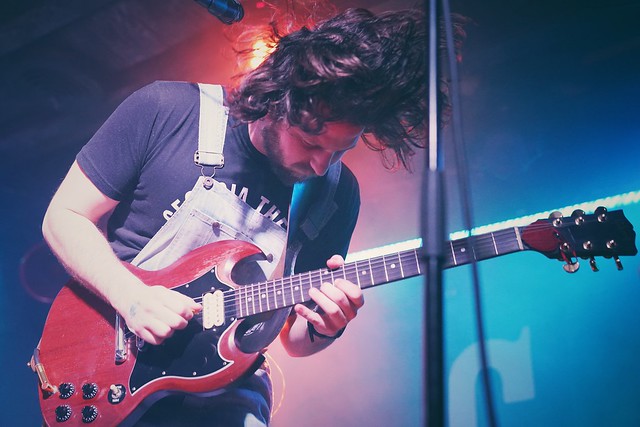 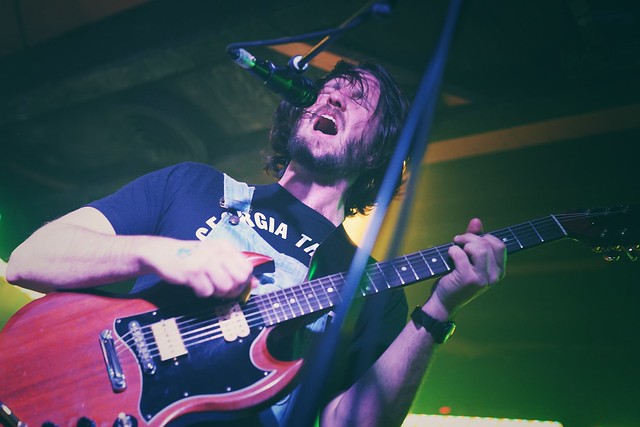 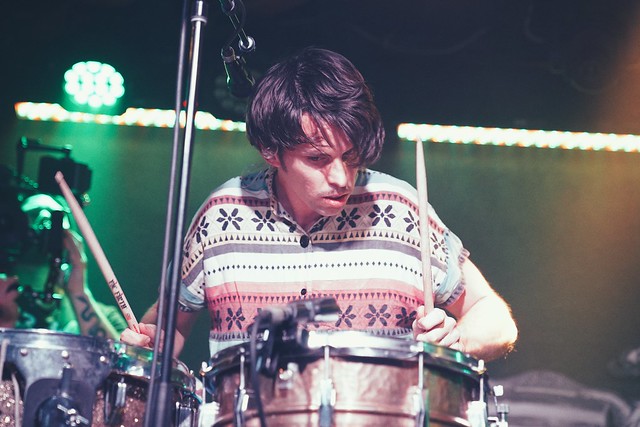 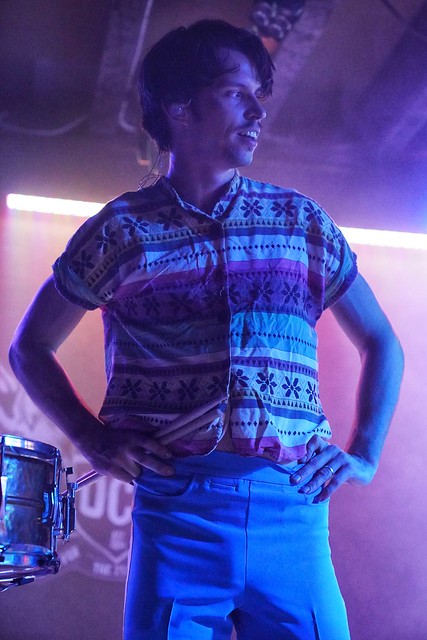 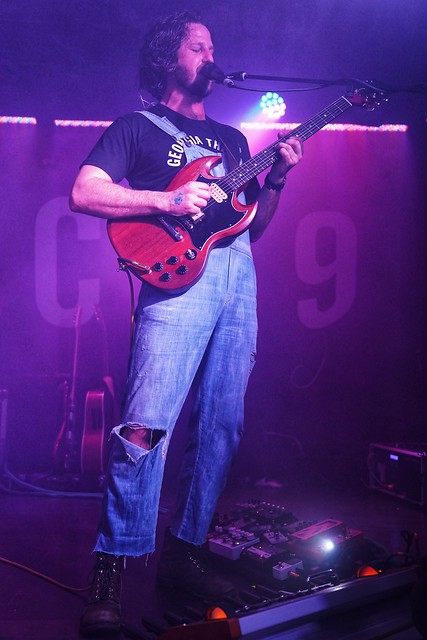 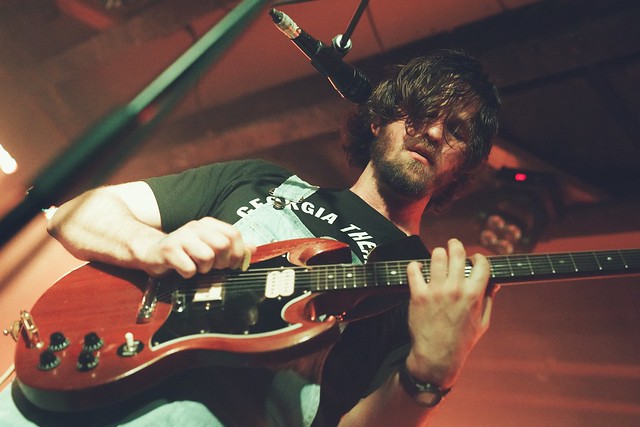 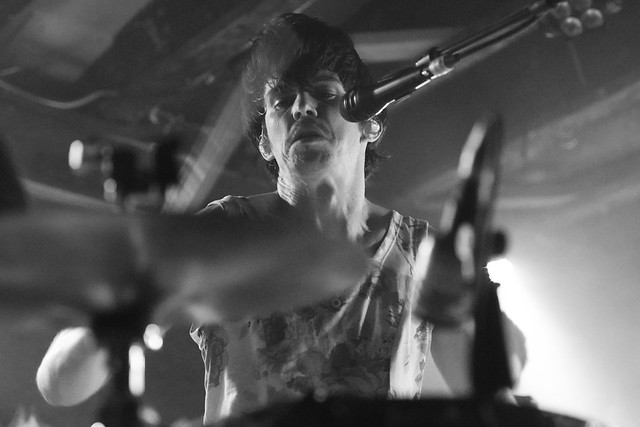 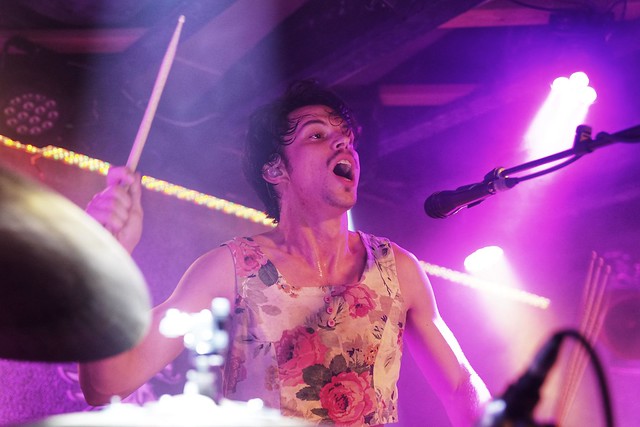 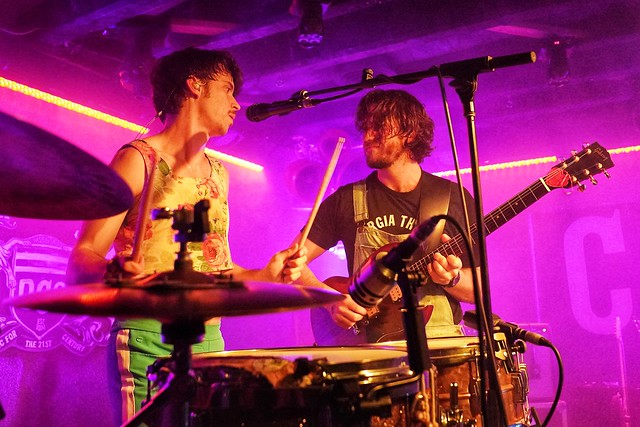 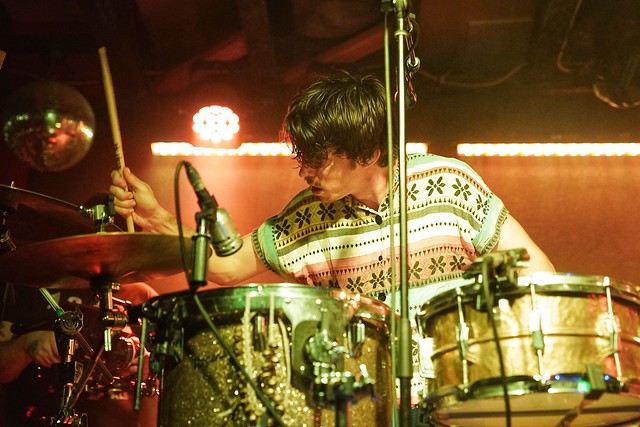 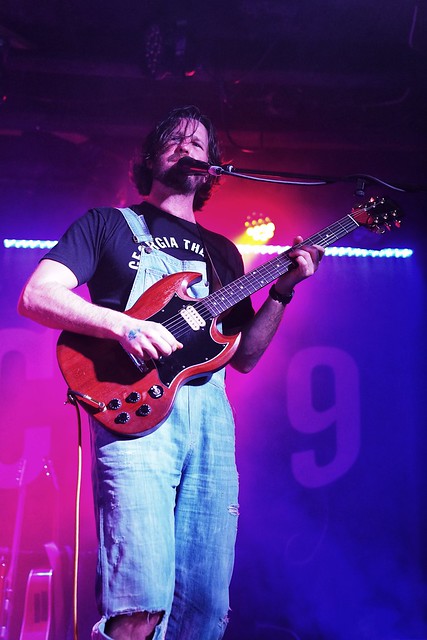 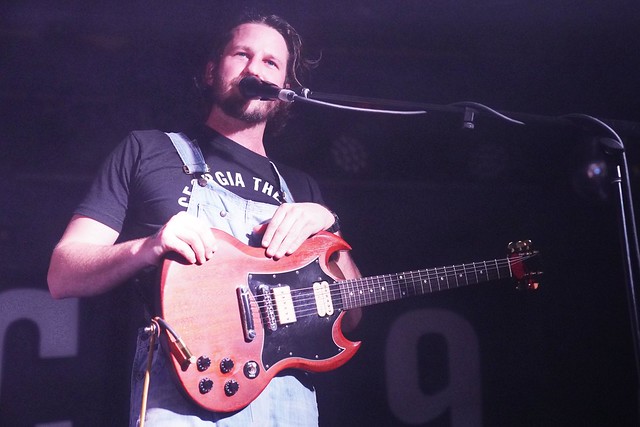 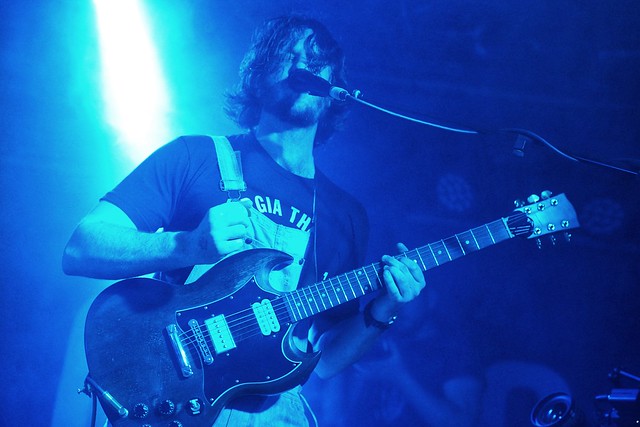