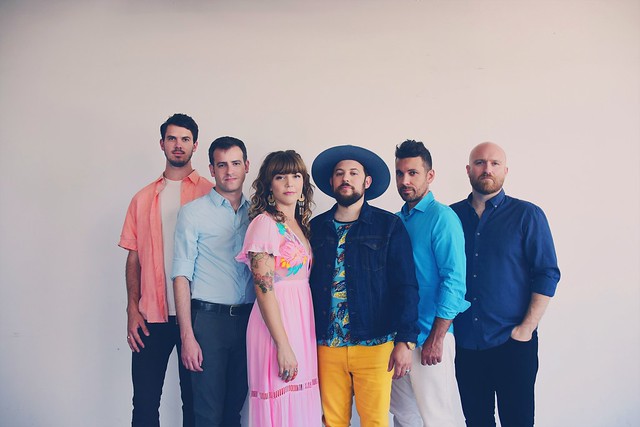 The Dustbowl Revival, the acclaimed California roots ensemble, released Is It You, It It Me, a new studio album, today via Thirty Tigers! The band plays at 9:30 Club on Friday, Feb. 7, one week after the album’s release

Produced by Sam Kassirer (Lake Street Dive, Josh Ritter) and engineered by Brian Joseph (Bon Iver, Sufjan Stevens), Is It You, Is It Me was recorded during intense two-week flash studio session. Each member played multiple instruments and allowed ample space for spontaneity, even making a spur-of-the-moment choir and forming a nimble rock orchestra with friends. The final result showcases superb musicianship and culminates into some of Dustbowl Revival’s most powerful musical moments to date.

Watch a lyric video for “Dreaming” by The Dustbowl Revival on YouTube:

In a preview for Billboard, Gary Graff praised the big sound and production of The Dustbowl Revival’s latest album.

“The 13-track Is It You…, [released Jan. 31,] is certainly the biggest sonic work of the Venice, Calif.-based troupe’s career, a comparative Wall of Sound approach employing an expanded vocal chorus, brass, and more layered instrumentation,” Gary wrote.