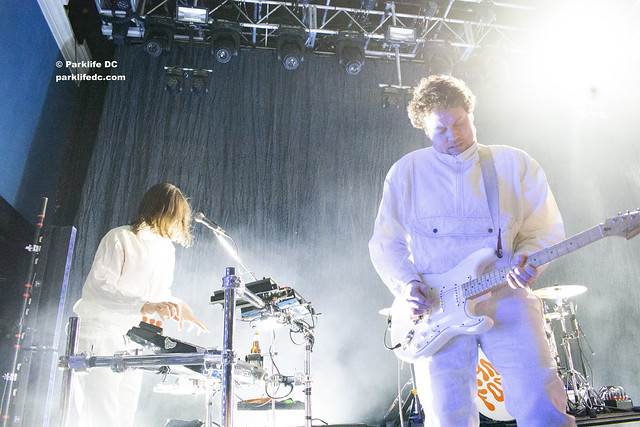 Frontman Joseph Mount led his band through a stunning 21-song set as they relentlessly sizzled on each number. Joseph has a pleasing if unassuming voice that often carried home the lovelorn optimism found in many Metronomy tunes. He was instantly relatable, and his genius knack for clever phrasing and catchy riffs seemed congruent with his pleasing persona. He proved once again to be a genuine and welcoming performer, who passed energy from his bandmates to the audience and back again with relaxed ease.

Metronomy have always been an enjoyable paradox — the group’s individual members exude personality in spades while they demonstrate a remarkable unity. Metronomy again dressed in uniform white outfits, the effect of which buoyed the tunes generated by the whole mix of instruments as a whole. But the personal power of each player was very much on display.

After seeing Metronomy perform four times, I’m increasingly impressed by multi-instrumentalist Michael Lovett, who captivated at stage right. Michael shined on keyboards and deftly switched to guitar with style. On the other side of the stage, keyboardist Oscar Cash sprinkled new wave melodies throughout the show. His eyes lit up brightly while focused intently on the job at hand. And bassist Olugbenga Adelekan was a one-man groove generator, alternatively playing to Oscar and drummer Anna Prior as he moved to the rhythm.

In my mind, there is no Metronomy without Anna, who is paramount to the band. The ginger drummer was again a kinetic and dynamic presence behind her kit. From her seat, she threw herself into the music, washing ashore from the depths of the beat to flash an impossibly perfect smile and sing some backing vocals when required. Her drumkit appropriately read “Anna Forever” in a play on the title of the new record.

Metronomy dedicated almost half the show to Metronomy Forever, released in September via Because Music. Other standout selections from the record included “Walking in the Dark,” a still but vibrant track that underscored the intensity of Metronomy’s occasional minimalism, played halfway through the set. Toward the end, the band presented the cheery and upbeat “Salted Caramel Ice Cream,” a catchy track that highlighted the band’s strong leaning into nu disco.

But Metronomy’s cleverness stems in part from the band’s refusal to stick to one thing, dancing along into neo-psychedelia and glitchy electro pop when circumstances demand. So, it was a pleasure to see the band dip back into their previous four albums (eschewing from the highly experimental debut) to blow the doors off the club with the new wave rocker “Love Letters” from the album of the same name near the close of the set and the glitchy, psych-friendly “Radio Ladio” from sophomore album Nights Out, the 2008 effort that put Metronomy on many “must listen” lists.

Here are some photos of Metronomy performing at 9:30 Club on Jan. 31, 2020. All pictures by Mickey McCarter. (The band is on an extensive North American tour for the rest of the month, so catch up with them if you missed them on their shorter 2017 US tour!) 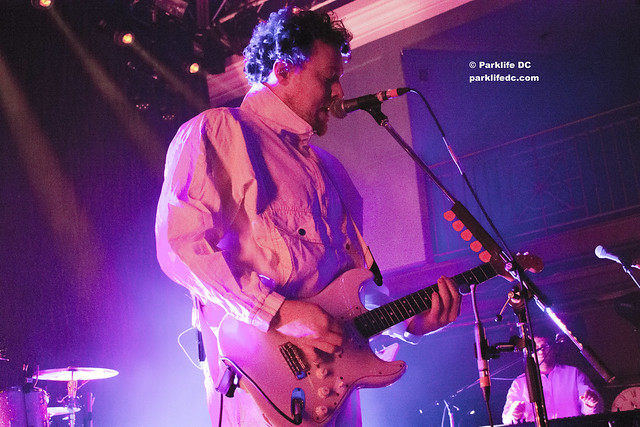 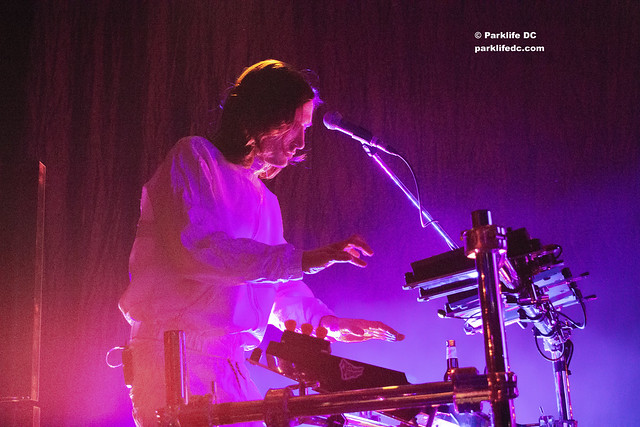 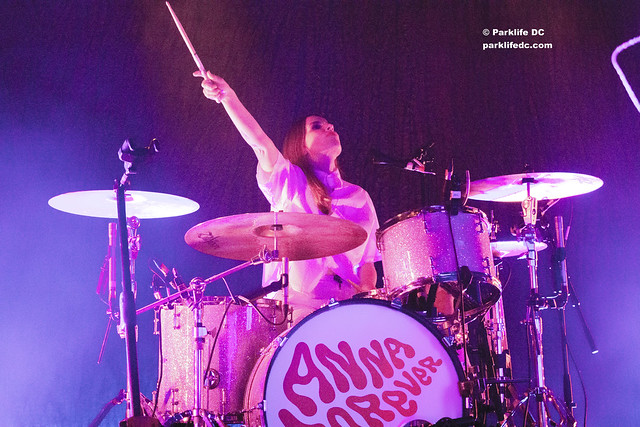 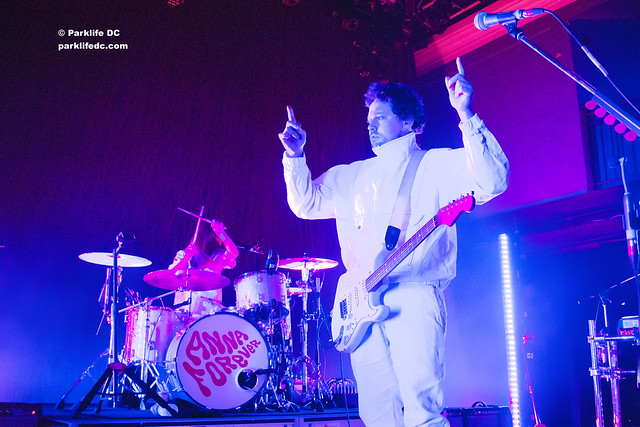 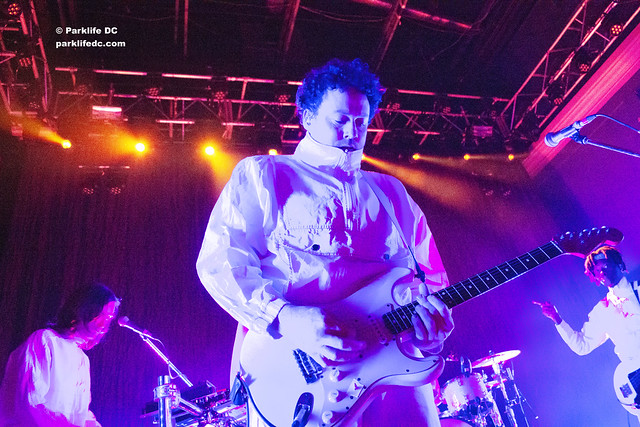 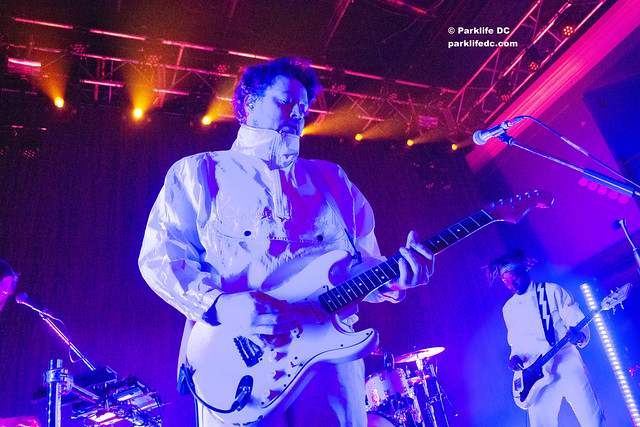 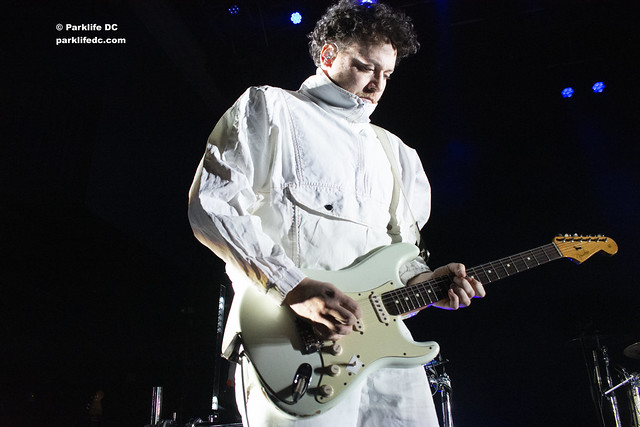 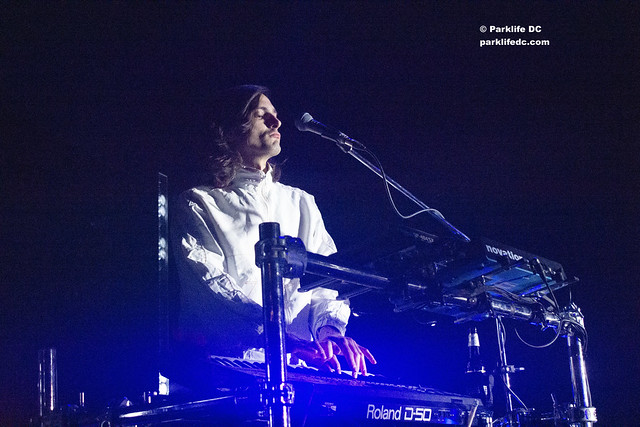 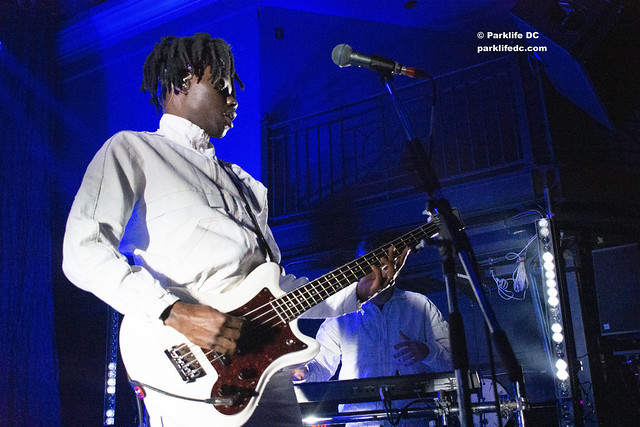 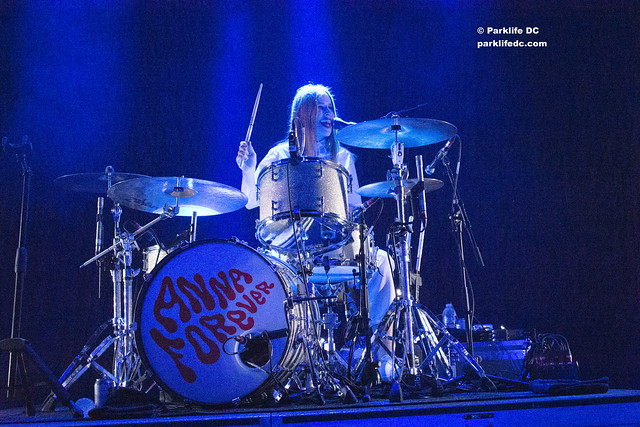 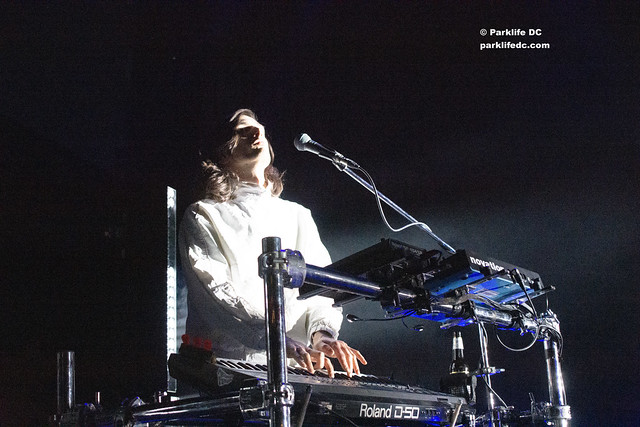 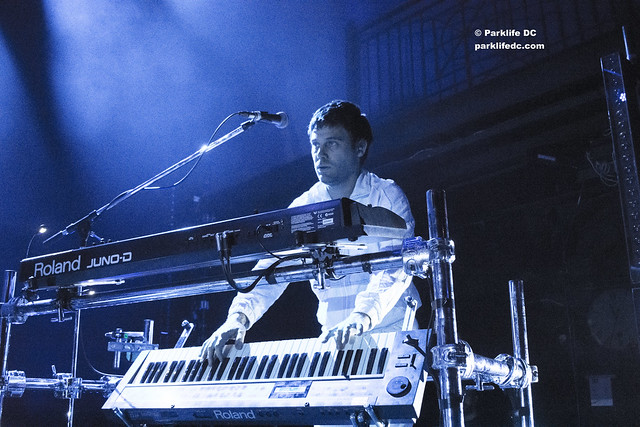 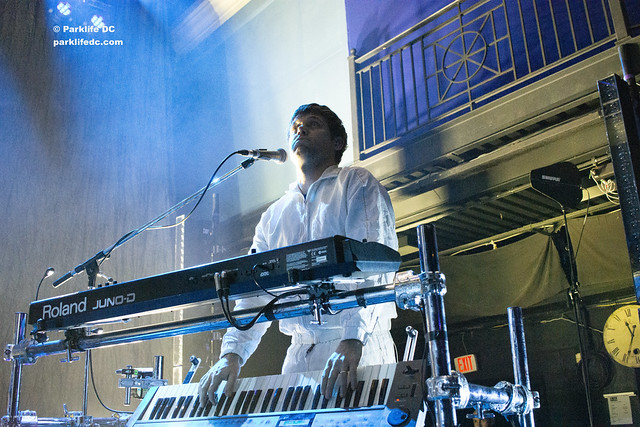 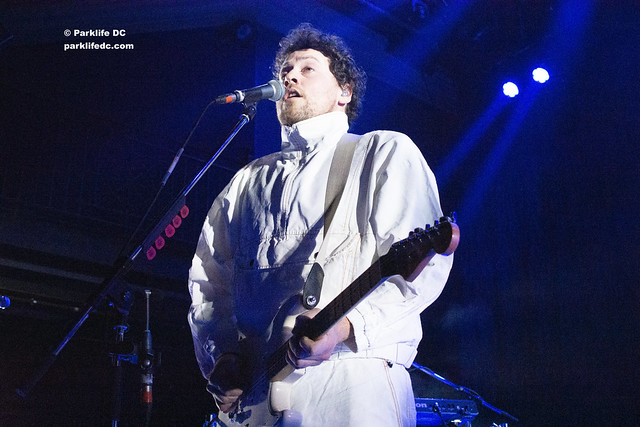 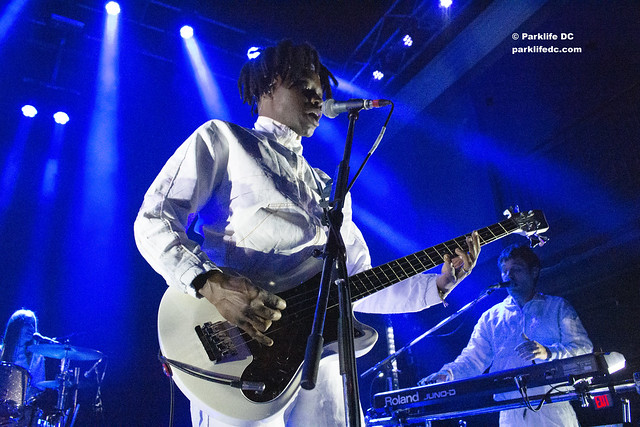 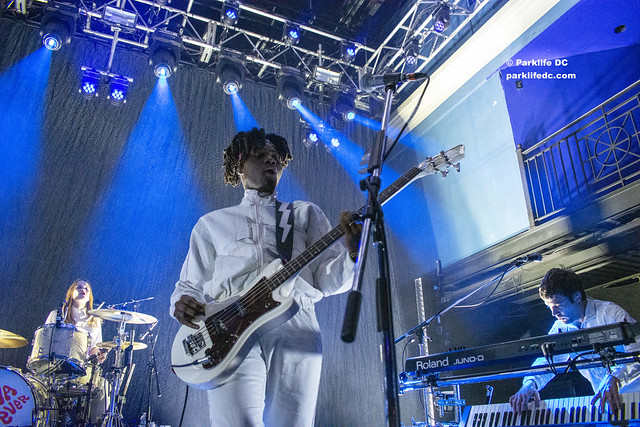 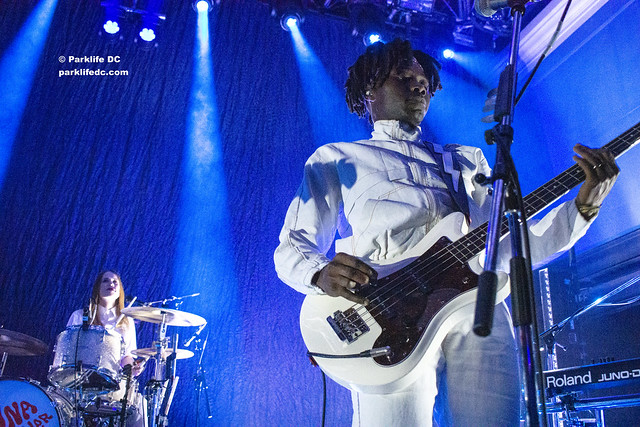 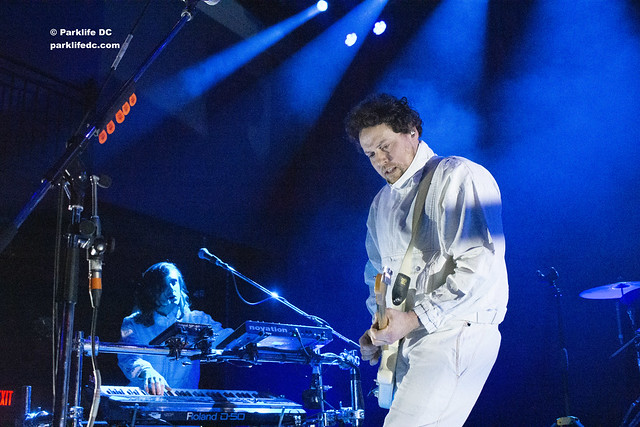 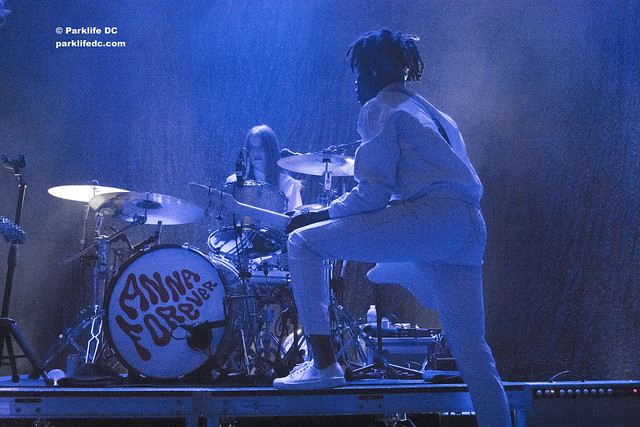 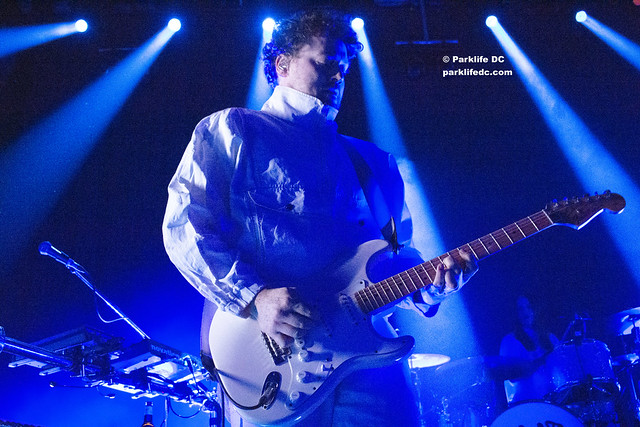 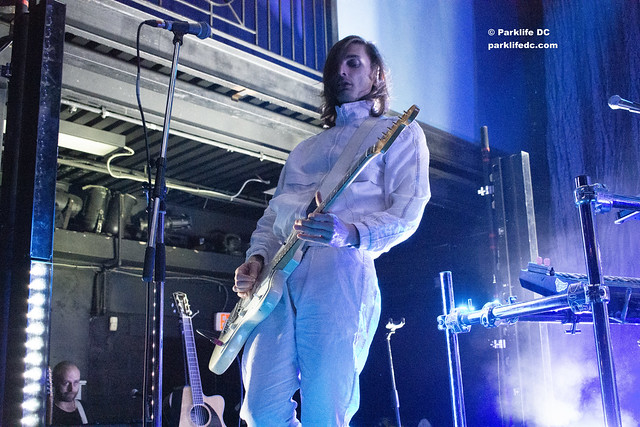 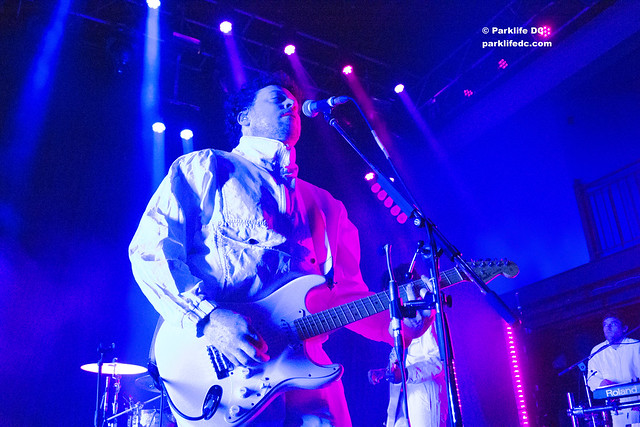 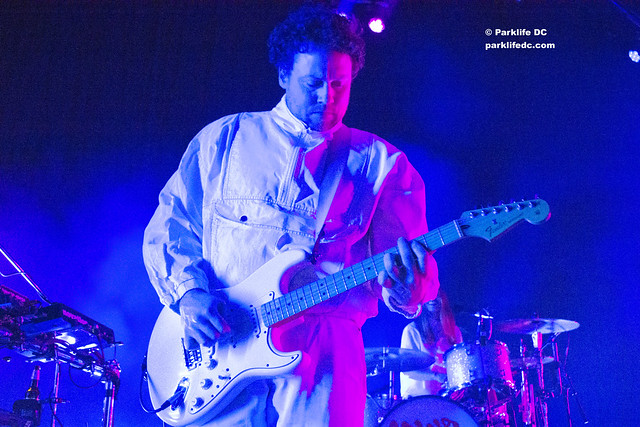 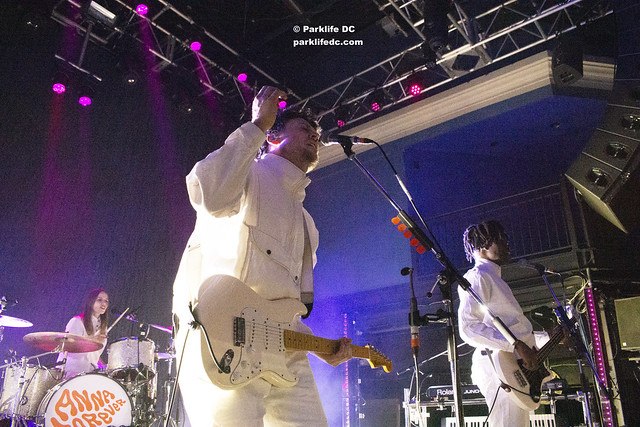 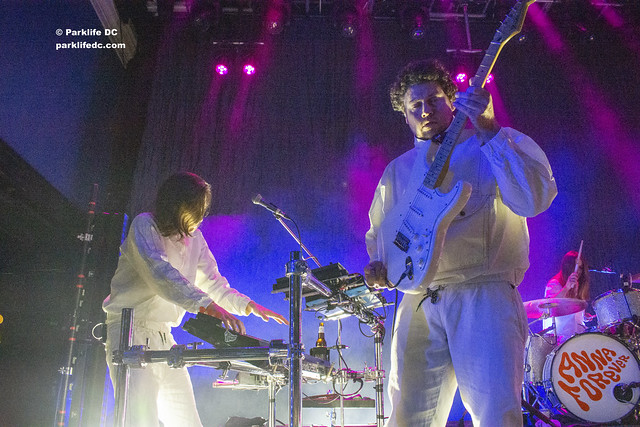 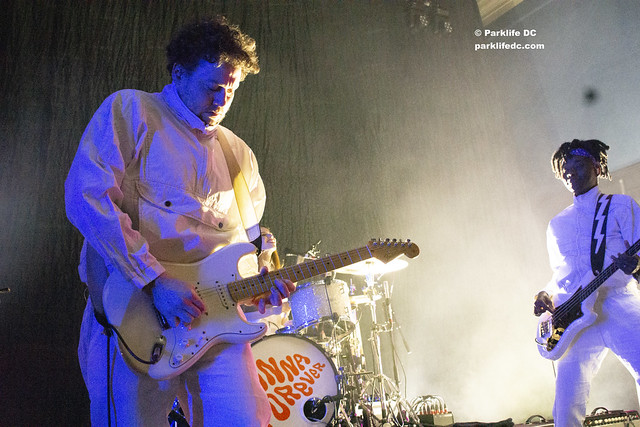 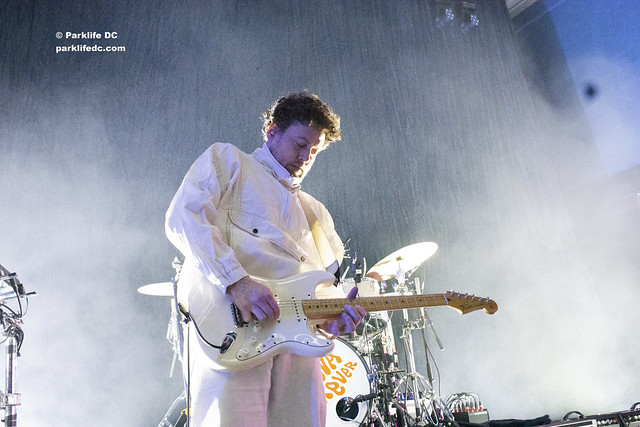