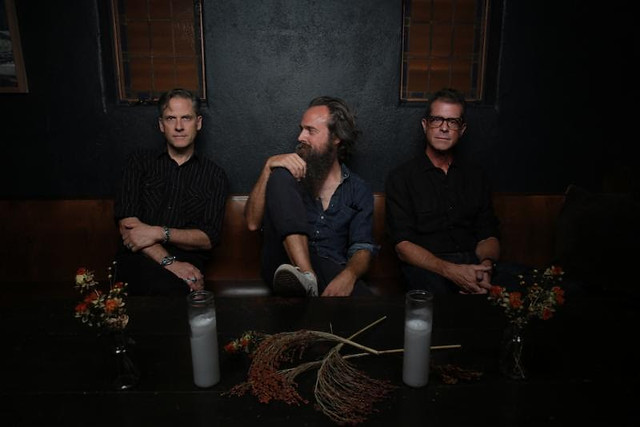 Calexico and Iron & Wine first made an artistic connection with In the Reins, the 2005 EP that brought Sam Beam, Joey Burns, and John Convertino together. In 2019, the two acts collaborated again for Years to Burn, a full-length album. Calexico and Iron & Wine then launched a North American tour together, and they perform at The Anthem on Friday, Feb. 7.

Years to Burn can’t help but be different from In the Reins. Back then, Calexico entered the studio with a long list of previous collaborations (first in Giant Sand, then backing the likes of Victoria Williams and Richard Buckner) and the knowledge that they loved Sam’s voice and his songs, but wondered if his material was so complete and self-contained that it lacked a way in, so hushed and delicate that it might be overwhelmed. For his part, Sam had been intimidated by their virtuosic playing and their deep comfort in an encyclopedic array of styles. “In my mind, I was a guy who knew three chords and recorded in a closet,” Sam said. “They were playing big stages and were superb musicians.”

Those fears were dispelled quickly. Calexico was bowled over by Sam’s many talents: “The arranging, the writing, his sense of rhythm, the quality of his vocals — and then there’s the experimental side of Sam,” Joey said. “They were the perfect band at the perfect time for me,” Sam added. “I loved all their different sounds. They’re musical anthropologists, not regurgitating but absorbing what they discover.” Nearly 15 years on, “coming back to the project has to do with acknowledging how much impact the first record had for me in my life.”

“The warm voice of singer-songwriter Sam Beam (who performs as Iron & Wine) guides the album’s lead track ‘Father Mountain,’ which features an airy acoustic progression and uplifting harmonies from Calexico’s Joey Burns,” said Rolling Stone while Paste magazine added, “The inner peace that comes with that age and experience certainly shines through on ‘Father Mountain,’ a jangly, pastoral reverie that takes on the fuzzy haze of fond memories slowly fading.”