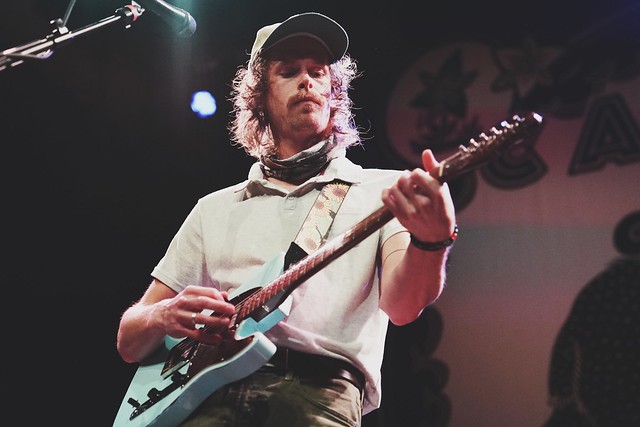 Taylor Meier stepped to the mic and delivered a genuine apology to the sold-out crowd at 9:30 Club on the first of two sold-out nights recently.

On Jan. 30, the V Street space was packed with hopped-up fans who’d waited a month and a half to see the Columbus, Ohio-based folk outfit Caamp after the band leader lost his voice due to sickness and the group was forced to cancel back-to-back dates originally slated for Dec. 14 and 15 and reschedule to Jan. 30 and 31.

After some brief words on the inevitable decision, Taylor made it history and opened up the playbook of a string band that has rapidly caught the attention of the live music scene and consistently packed venues coast to coast. After just a few years on the road and handful of studio albums, the band was invited to play the Newport Folk Festival, the Austin City Limits Festival, Pickathon, and more. Last fall, Caamp appeared on Jimmy Kimmel Live, a massive leap in terms of exposure. Most of their future dates have sold out — some in just minutes.

Pulling from a captivating collection of earnest songs with remarkable imagery, the band showcased its own moody yield of contemporary folk Thursday night as part of its current tour to support the 2019 album By and By, released via Mom+Pop Music.

Stream By and By by Caamp on Spotify:

A sentimental marriage of genres, Caamp’s sounds are colored with bluegrass, skiffle, pop, soft rock, blues rock, outlaw country, even Tejano — and their stories are told from the dusty trails of the Till Plains, from screeching train cars hauling loads through the Rustbelt, from fishermen’s midnight bivouacs along the Scioto River.

Decked in denim, sneaking sips of PBRs and other light beers stashed all over the 9:30 Club stage, Caamp’s casual Midwestern style and bohemian nonchalance could rival some of the 1970s’ most admirably detached album covers, reminiscent of yesteryear performers like America, Seals and Croft, and the New Riders of the Purple Sage.

Taylor, a slender, deep-spoken head singer and guitar player, sounds like embers in a dwindling forest fire. His smoky voice has a wistful husk, and it burns and glows with more knowledge and familiarity than the average late-20s man. As coarse as a coal miner, he’s like a humble dispatcher, an almost ghostly figure who feels like he’s passing through after serving as a field musician in the Civil War or some other unglamorous existence that might grant you wisdom in your next go around.

He was at his most haunting Thursday night performing songs like “Autumn Leaves,” played early in the set. It features a gloomy, hollow electric guitar progression setting Taylor up to howl like a woebegone coyote: “’cause it goes like this … I can’t help it now, autumn leaves.”

To his right at 9:30 Club, Taylor was flanked by his high school homeboy and original band co-founder, Evan Westfall, a multi-instrumentalist who with his skills on the banjo has helped Caamp develop its mystical blend of pluck and pop.

Laid back and reserved on stage like his longtime friend Taylor, Evan has fingers that operate at a different speed. They were lickety-split Thursday on the banjo-led tracks, including the popular “26,” an antique vision of family and simple Midwestern living, and the song “All The Debts I Owe,” an incredibly powerful portrayal of a man — burdened by sins and liabilities — who robs a bank, sends his wife and children off with the loot and makes the faint promise of someday returning to the family, even if as a rundown old man.

When he wasn’t picking the banjo, Evan was beating the drumkit, where he created the swift pace to songs like “Peach Fuzz,” already a fan favorite, and “I Keep Going,” a song of perseverance in spite of life’s questions: “Oh it’s all a show, we pretend like we know what we’re doing. Oh it’s the blood in our veins, take pride in your name. And I keep going.”

This song also showcased bass player Matt Vinson, who joined the band a few years back and showed himself Thursday night to be dynamic and a natural counterpart to Taylor and Evan. Matt built lines that emulate a stampede on “I Keep Going,” and fused a barnyard bounce into songs like “Penny, Heads Up.”

Matt dug subtle grooves to provide a path for tunes like “Hey Joe,” an unmistakably catchy, cautionary slant directed at a young man who wants it all but is on a trajectory of perpetual unproductivity or even failure — at least until he finally takes stock of what truly brings him joy.

Some degree of Caamp’s pop sensibilities come from consistently robust song structures featuring choruses that allow Matt and Evan to harmonize, and together they offer a warm texture and a ringing bookend to Taylor’s resonance.

Adding more layers to its live sound, Caamp is currently touring with keyboard player Joe Kavalec, who’s another calm figure tasked with both preserving and enhancing the intimate presentation that made the band popular from the beginning. As the audience learned Thursday, Joe’s addition is especially important as the group’s newer studio work looks to amplify familiar tones, discover new ones and likely cross into new territory altogether.

“No Sleep,” with dreamy, elongated surf rock riffs, is an instant Caamp classic and on Thursday night demonstrated the band’s ability to explore the interior of its own signature sound and augment it with progressive electric guitar effectuation.

Served additional cuts from the band’s newest album, Thursday night’s audience was treated to the title track, “By and By,” a beautiful, flowing composition of bluegrass rhythms and country licks. It follows a broken-hearted man still in love, lost and torn with regret as he travels searching of answers, all the while pondering a woman no longer in his company but impacting every moment of his existence. There’s sadness and longing in Taylor’s words: “are you a life force?”

Whatever the temperament of the crowd for the second night of Caamp at 9:30 Club, it would have been difficult to exceed the energy of Thursday night’s mob.

Packed with listeners who were — for the most part — respectful, the evening’s only fluke came in the form of a single audience member who tried to infect the air with politics. But the flub was met with Taylor’s quick and vehement rejection as he told the loudmouth he’d have him thrown out if the comments persisted.

“People don’t want to hear that,” he said, a touch of intensity bolstering his words, eyes glossed as he successfully kept his disappointment at bay. “This is a Caamp show.”

Relaxing back into his focus on the music, Taylor later gave a nod to one of Maryland’s own beloved musicians as the band payed tribute to Cumberland native Michael Nau and his wife, Whitney McGraw, with its own version of Cotton Jones’ unforgettable “Blood Red Sentimental Blues.”

Following up with another cut from By and By, Taylor and his mates closed the set with “Keep the Blues Away,” a charming banjo-driven take on the rebel lifestyle and the resulting ups and downs that come with it. Like other songs in Caamp’s catalogue, it features characters learning life-altering lessons and facing realities they might have been running from all along: “I am tryin’ to change my life, but when times get tough, yeah, the tough get hard. You can cut me with a butter knife.”

Whether they strike the listener as pleasant to the ear or heavy on the soul, Caamp’s original songs are born out of life’s most rewarding sensations and its most burdensome struggles.

Illustrated Thursday by selections from By and By, the band has a winning recipe — Caamp is able to both nurture and refresh its identity by culling songs from the same visionary realm that inspired the group’s self-titled debut in 2016.

Guided by a dedication to the traditional elements of folk music and gifted with a knack for unpretentious songwriting, Caamp more than made up for the six-week delay with its first of two 9:30 Club shows last week.

With its next local appearance — a March 28 date at Ram’s Head Live in Baltimore — already sold out, DMV concert-goers would be smart to plan far in advance to catch Caamp’s future visits to the region.

Autumn Leaves
Books
26
So Cool
Going to the Country
By and By
Peach Fuzz
No Sleep
See the World
I Keep Going
Penny, Heads Up
Mockingbird Song
Blood Red Sentimental Blues (Michael Nau cover)
Keep the Blues Away

Encore
All The Debts I Owe

Here are some pictures of Caamp performing at 9:30 Club on Jan. 30, 2020. All photos copyright and courtesy of Casey Vock. 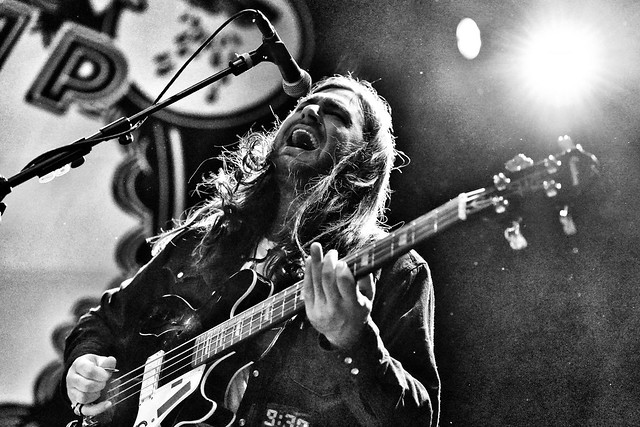 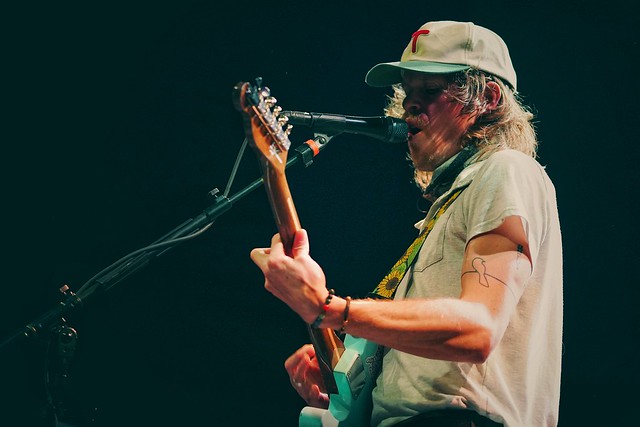 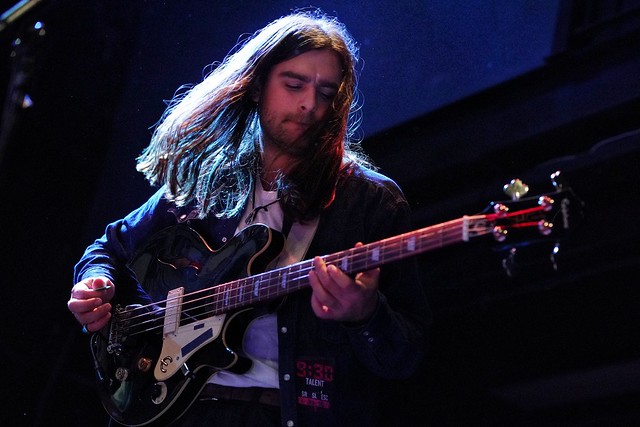 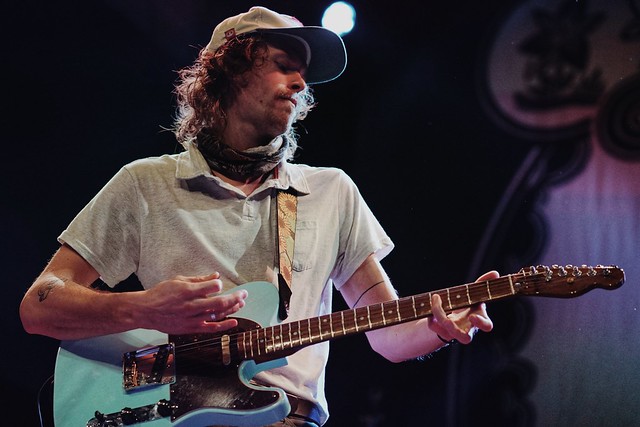 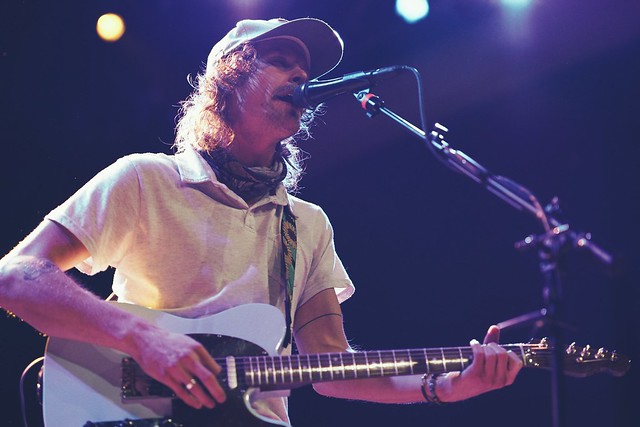 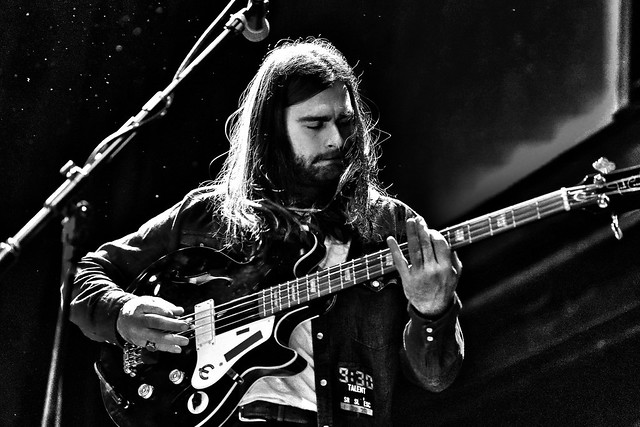 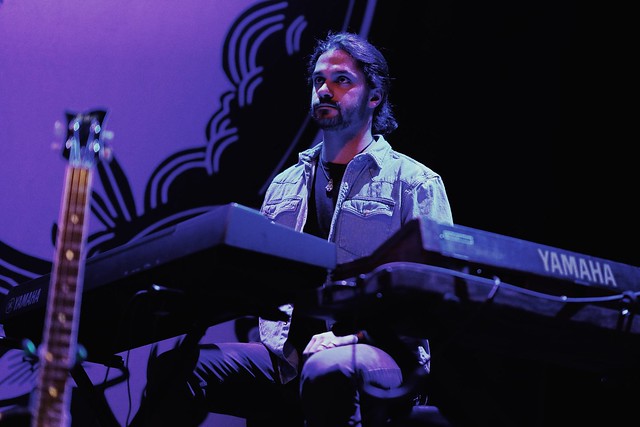 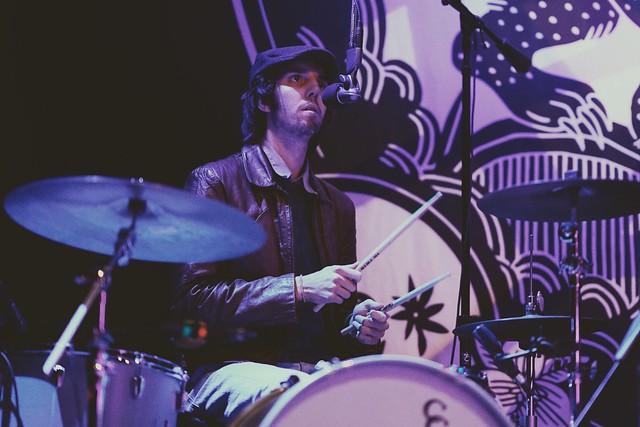 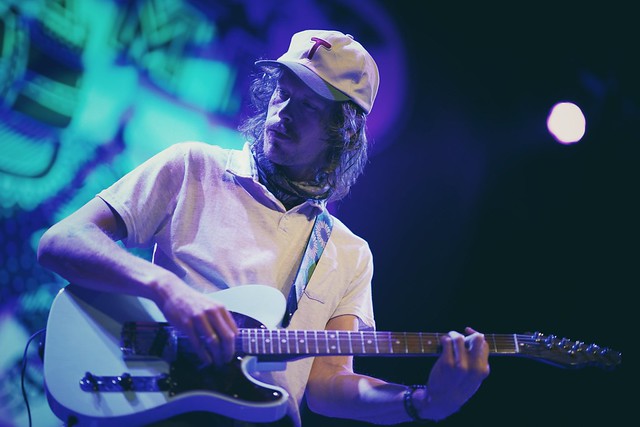 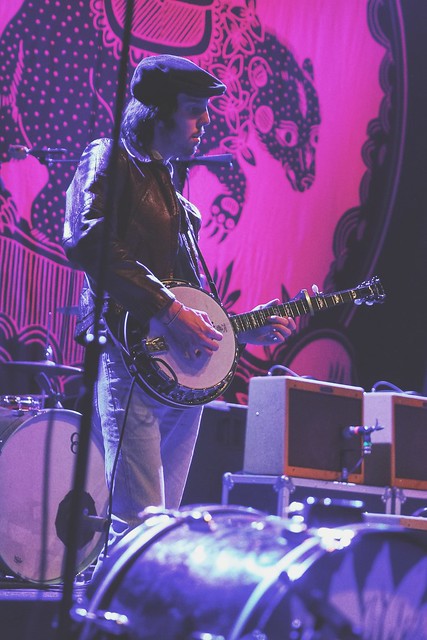 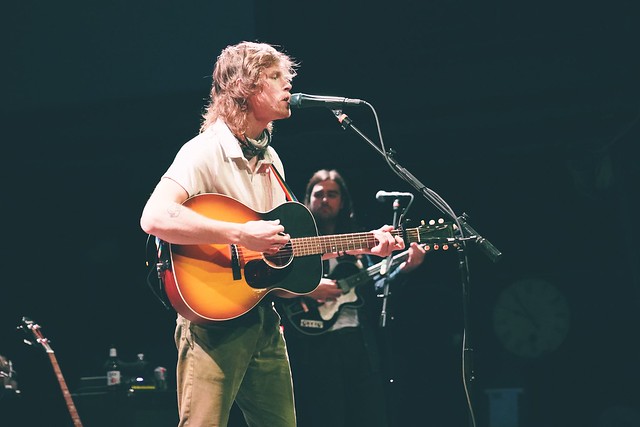 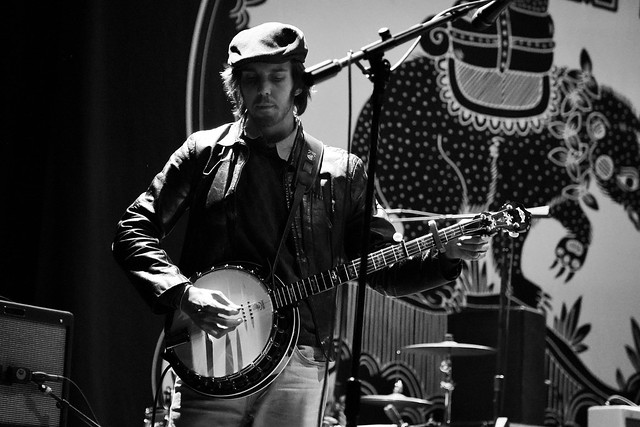 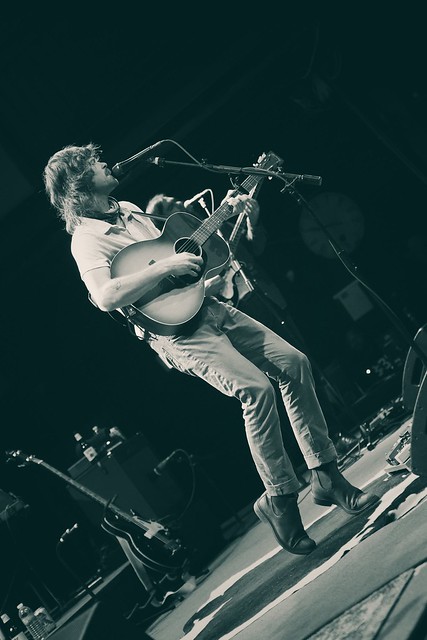 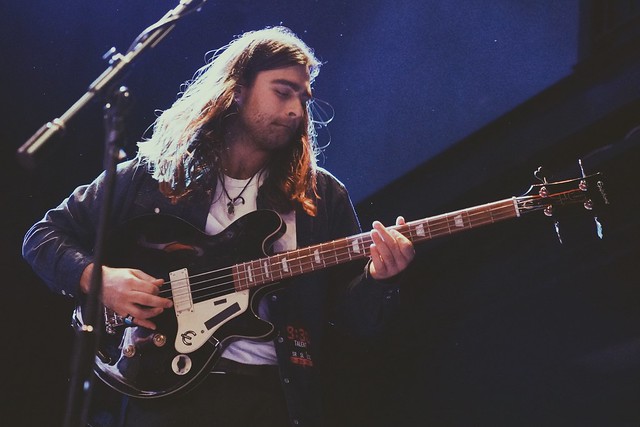 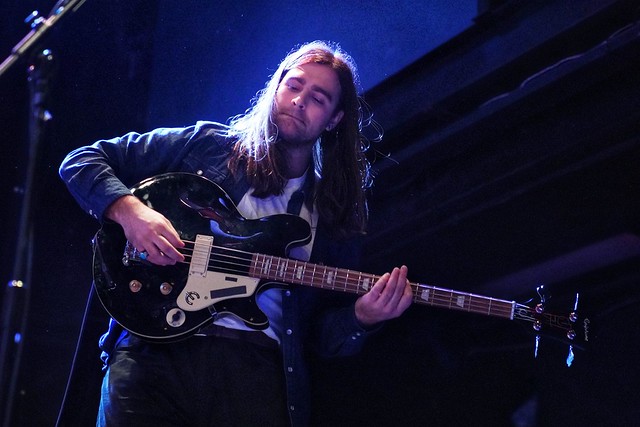 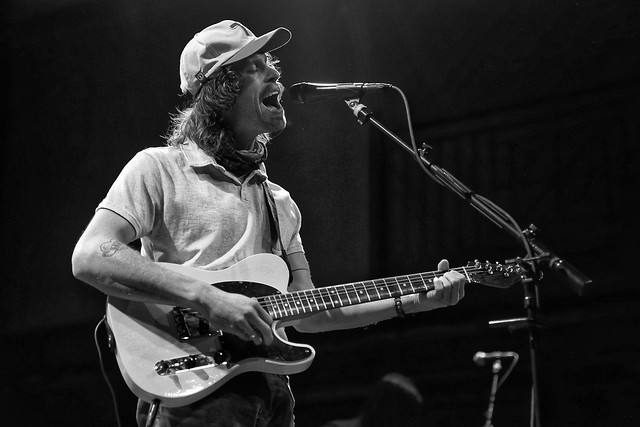 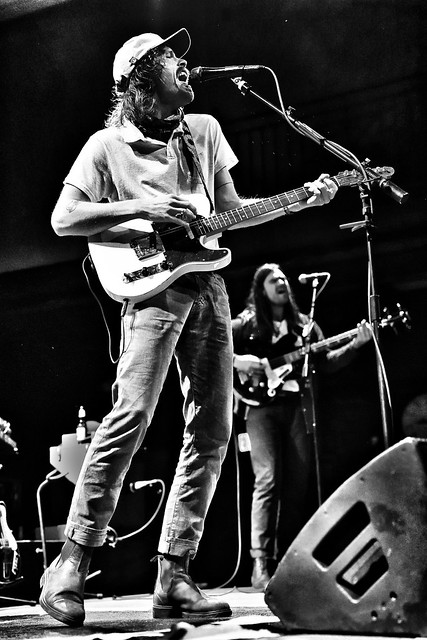 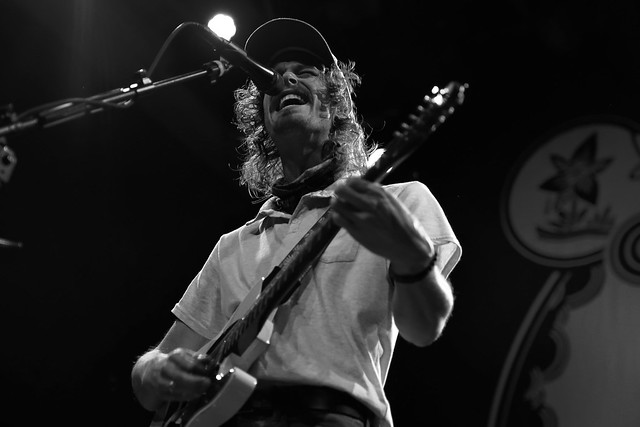