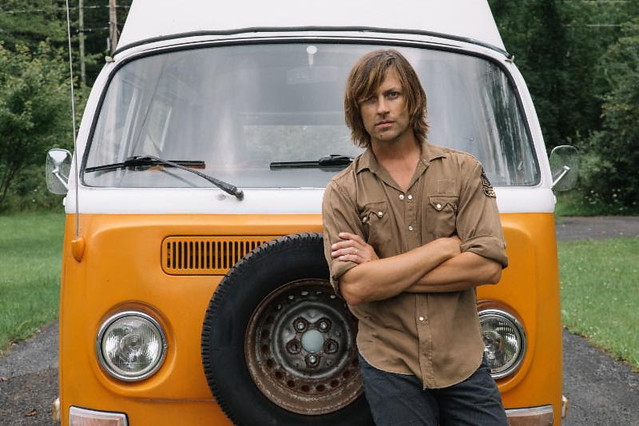 After more than two decades as founding member of the venerable Old 97’s and acclaimed singer-songwriter in his own right, Rhett crafted a trio of new projects that found him pushing his creative energies in hitherto untraveled directions not too long ago. Among them were two utterly unique new albums — one solo, the other as part of Old 97’s — as well as his first ever book, a collection of subversive kids’ poems.

From THE MESSENGER to LOVE THE HOLIDAYS to NO MORE POEMS!, Rhett’s output was testament to those aforementioned decades of experience, each distinct project marked by his ever-increasing skill set and multi-faceted approach to art and artistry. Having long ago committed himself to the artist’s life, he has kept his nose to the grindstone, determined each and every day to create something of quality, meaning, and purpose.

Stream “I used to Write in Notebooks” by Rhett Miller on YouTube:

In a review of The Messenger, which was released in 2018, Eric R. Dantan finds plenty to like for Paste magazine.

“Miller is, as usual, a persuasive lyricist throughout The Messenger, with nimble turns of phrase, unexpected imagery and vivid emotions, even if they tend more toward downhearted than cheeky and effusive. Then again, as he sings on ‘I Used to Write in Notebooks,’ ‘It’s not the same world / I’m not the same guy.’ True enough: instead of muscling through on charisma and bluster, this guy pushes himself in new directions and ends up with perhaps his best solo album since 2002’s The Instigator,” Eric wrote.