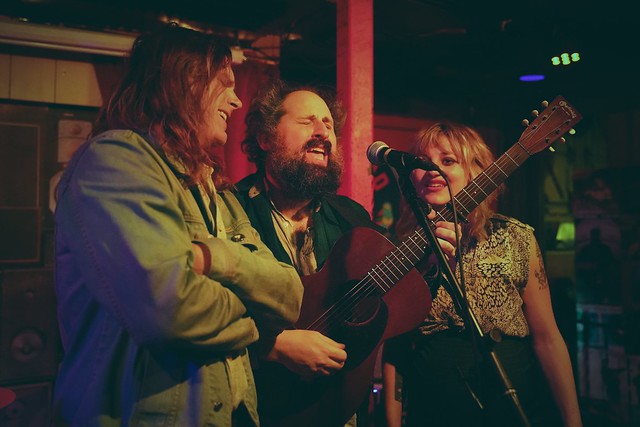 A sold-out crowd gave its full attention to the “supergroup” Bonny Light Horseman during their recent performance at the Songbyrd. An acoustic guitar intro led into their first song of the evening, “10,000 Miles.” Singer-songwriter Anais Mitchell, whose musical Hadestown cleaned house at this year’s Tony Awards, led off on vocals. Eric D. Johnson, frontman for the Fruit Bats, came in next, with multi-instrumentalist Josh Kaufman on the electric guitar.

The trio named itself and its album after a traditional song from the Napoleonic Wars of the early 19th Century, “Bonny Light Horseman.” “Most of these songs,” Eric explained, are “very, very old. Hundreds of years old.” In addition to the traditional ballads, the trio also played two (relatively) contemporary pieces, “Go Your Way,” by English folk singer Anne Briggs, and Tim(father of Jeff) Buckley’s “Buzzin’ Fly.”

Eric sang lead on the next song, “Magpie’s Nest.” Between songs, Anais mentioned that the State of the Union address was happening. The two vocalists alternated on “Jane Jane,” and banjo spiced up “Greenland Whale Fisheries.”

After “Green Green Rocky Road,” Anais asked if people had watched the Superbowl a couple of nights earlier. She said that she only watched the halftime show, which led to her six-year-old daughter discovering Jennifer Lopez, and declaring herself to be “J-Lo’s #1 fan.”

“Blackwaterside” was followed by “Roving.” Mike (M.C.) Taylor of Hiss Golden Messenger contributed a verse to the next song, “Mountain Rain.” Anais told the audience, “We’re going to do two more, because that’s all we know,” and they rounded out their set with their eponymous tune and “Deep In Love.”

Rewarded with vigorous applause, they treated the audience to an encore, the “old American song” entitled “Bright Morning Stars.” (On the album, Justin Vernon of Bon Iver guests on the track.)

The audience Tuesday night was a broad mix of fans of all ages. There were diehard fan’s of Anais’s musical, “Hadestown,” as well as those who follow Eric with the Fruit Bats. Even Josh, who’s worked as a sideman and producer (with Josh Ritter and Bob Weir are a just a couple of folks he’s collaborated with) got some love.

Several times during the set, the group praised their opening act, Nashville singer-songwriter Erin Rae, who last visited DC in June to open for Dylan LeBlanc at the Pearl Street Warehouse. Erin is definitely someone to watch as her career progresses.

Here are some pictures of Bonny Light Horseman performing at Songbyrd Music House on Feb. 4, 2020. All photos copyright and courtesy of Casey Vock. 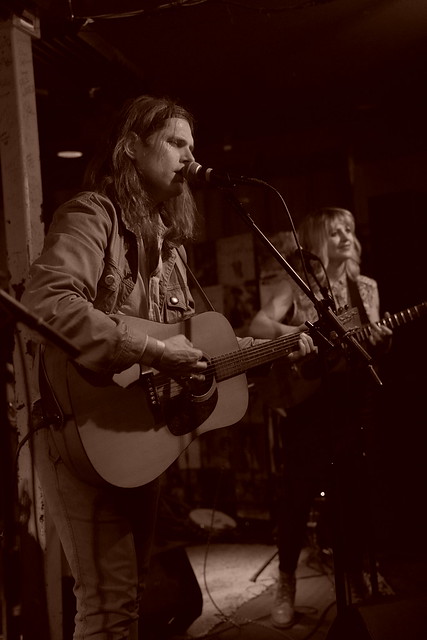 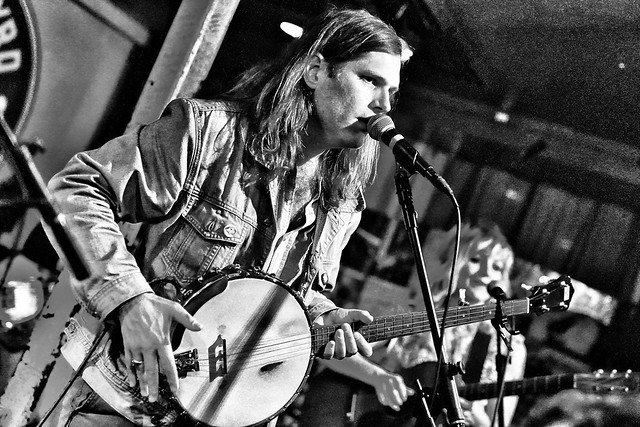 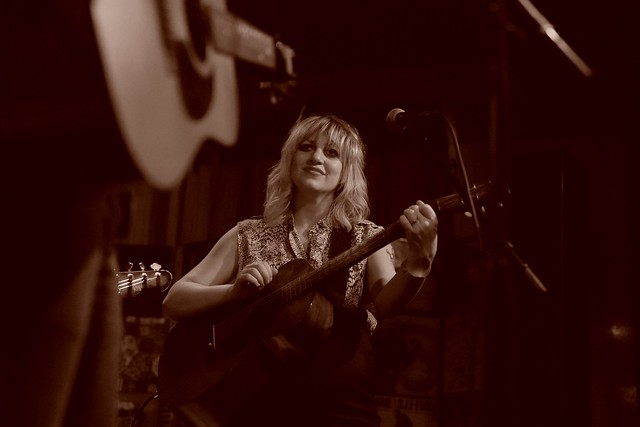 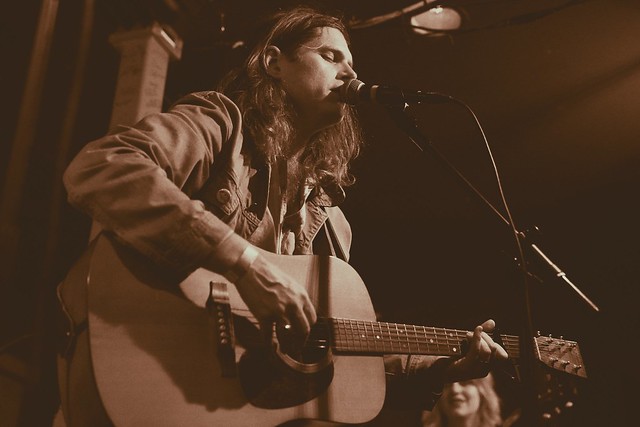 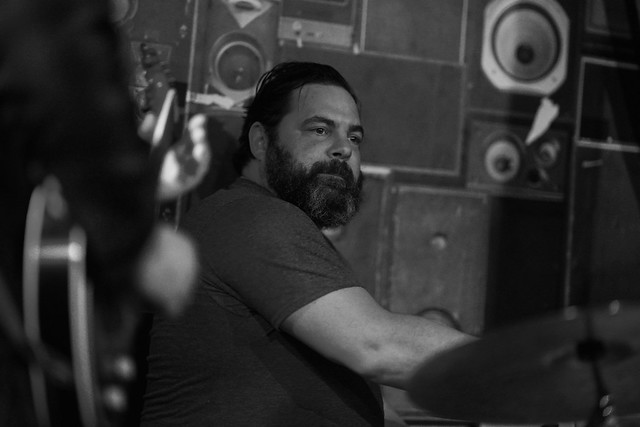 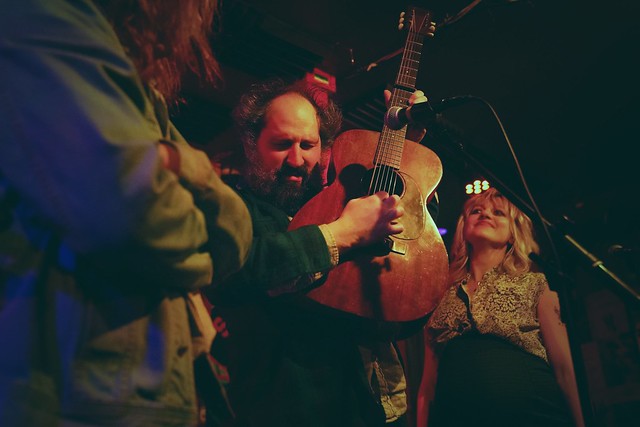 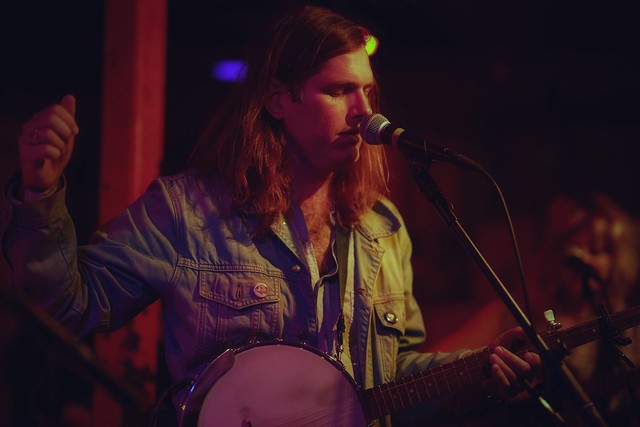 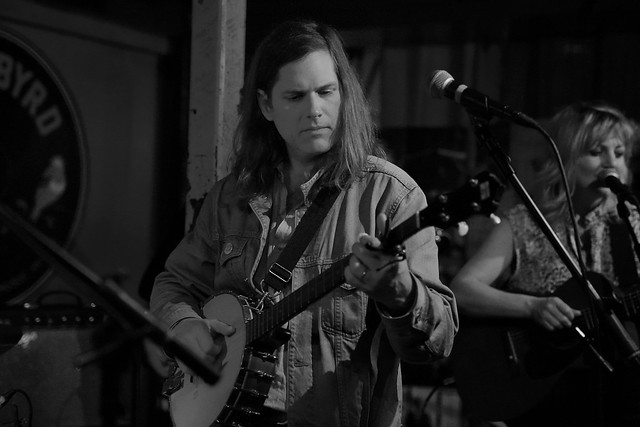 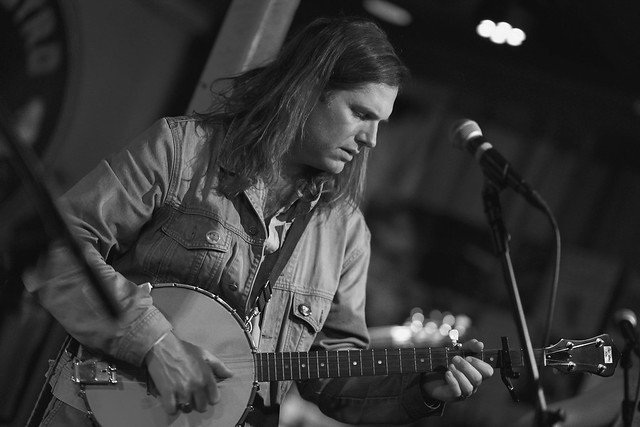 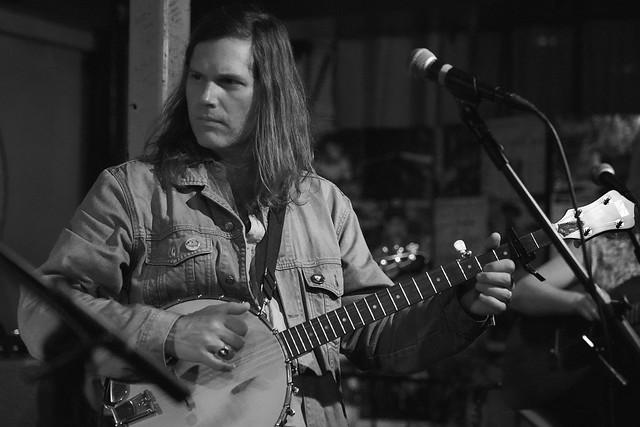 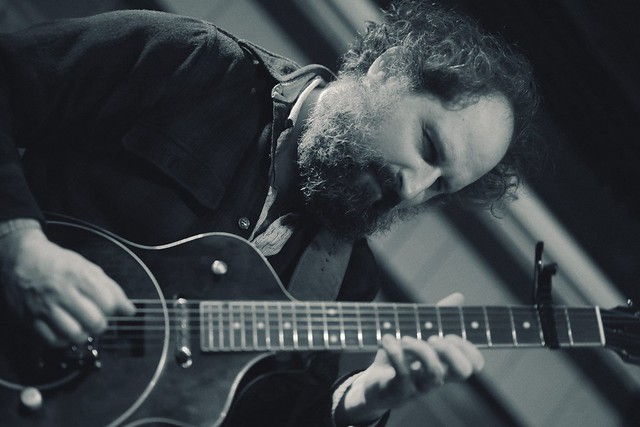 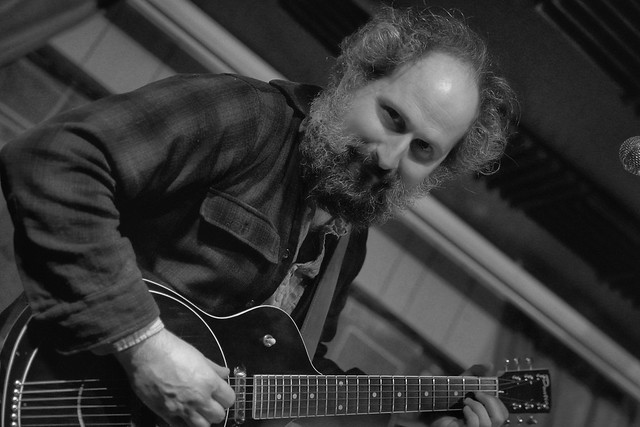 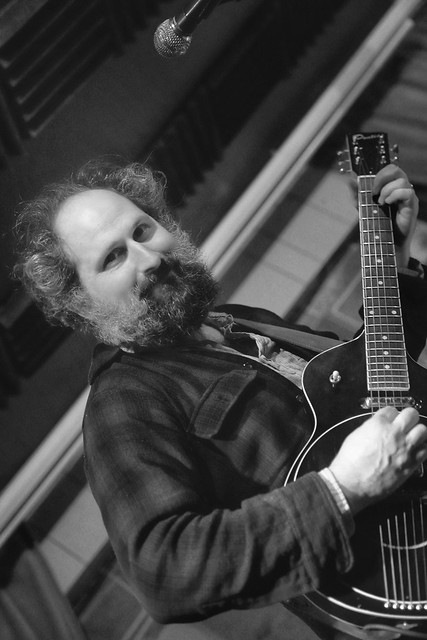 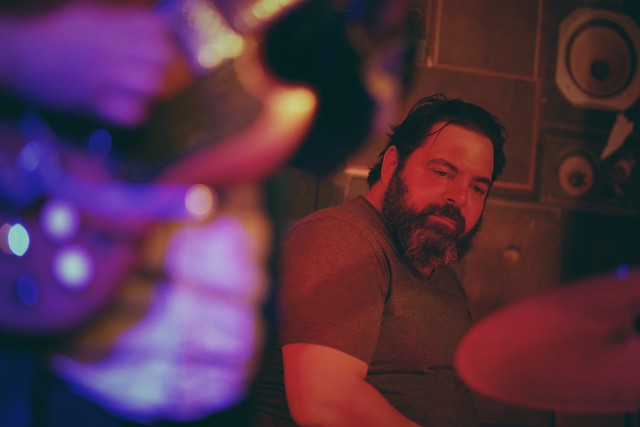 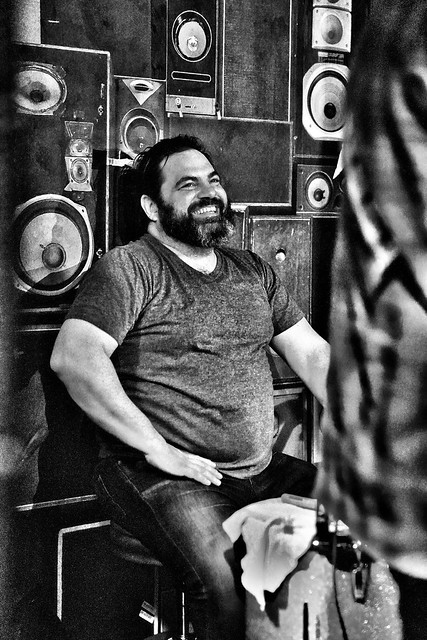 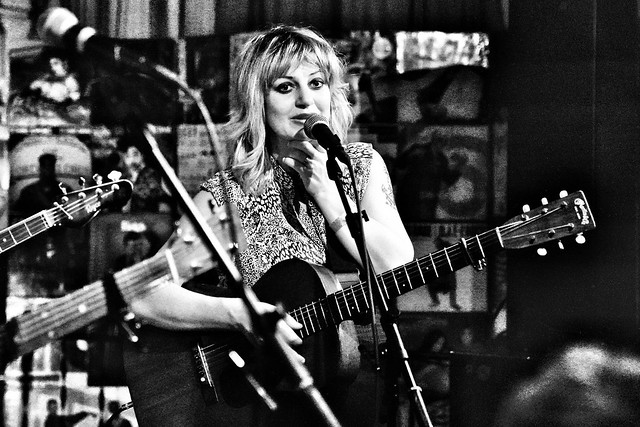 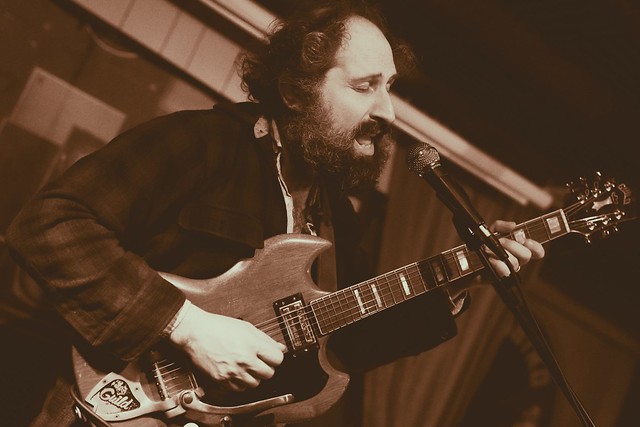 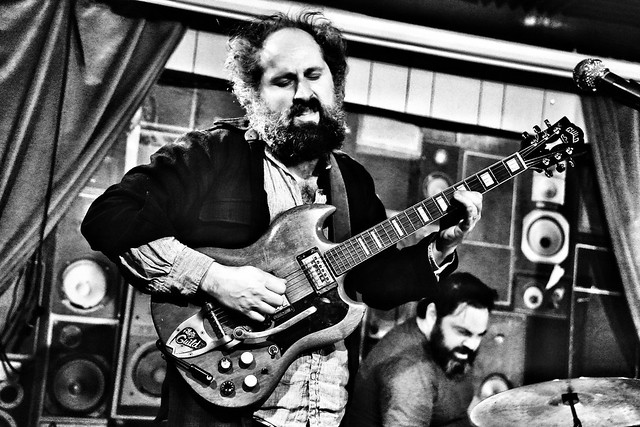 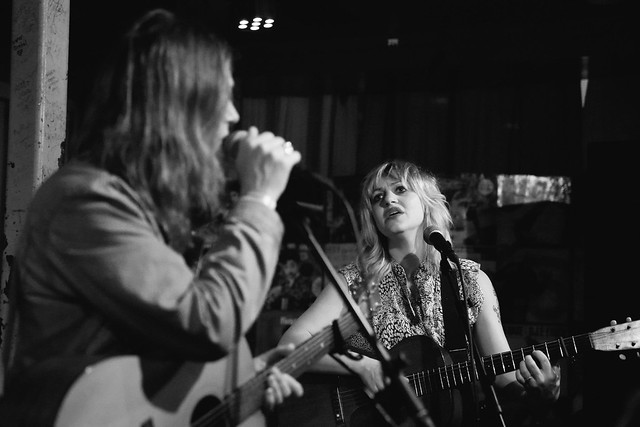 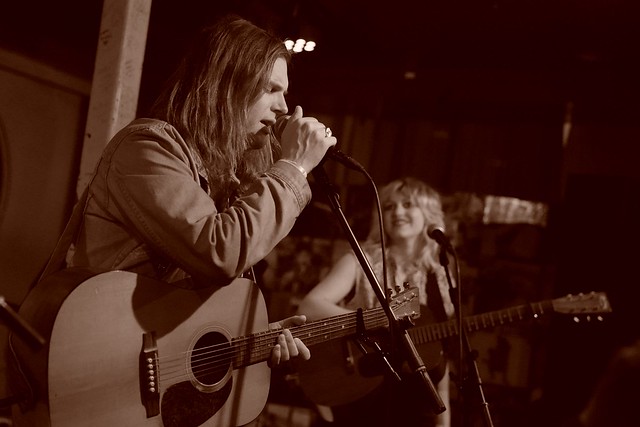 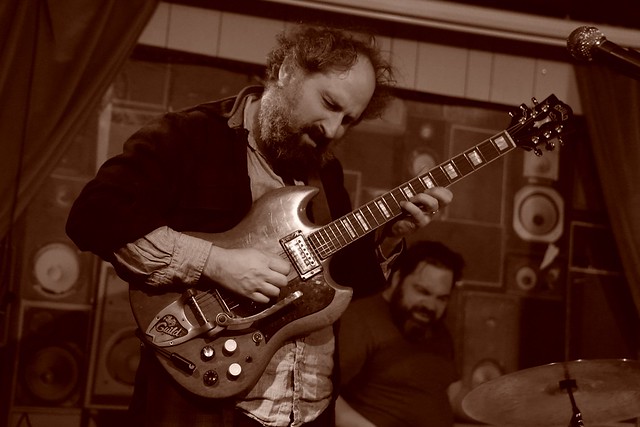 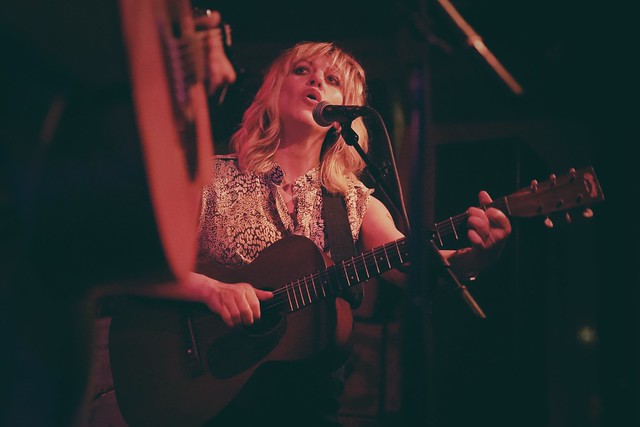 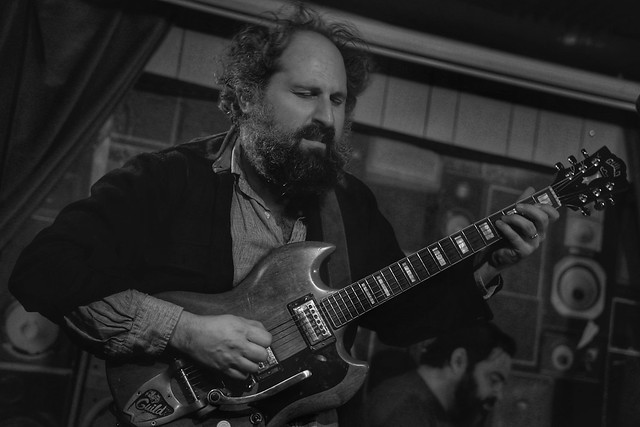 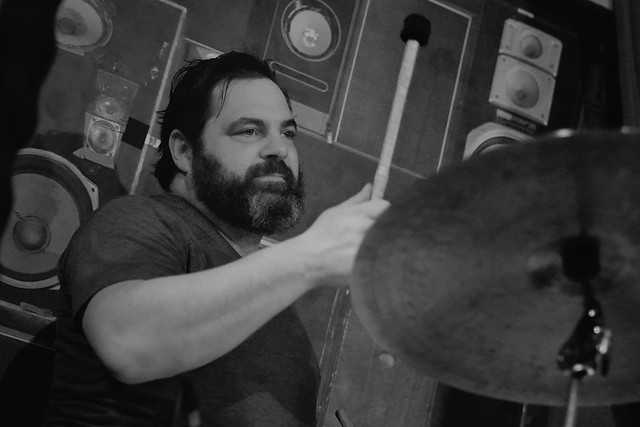