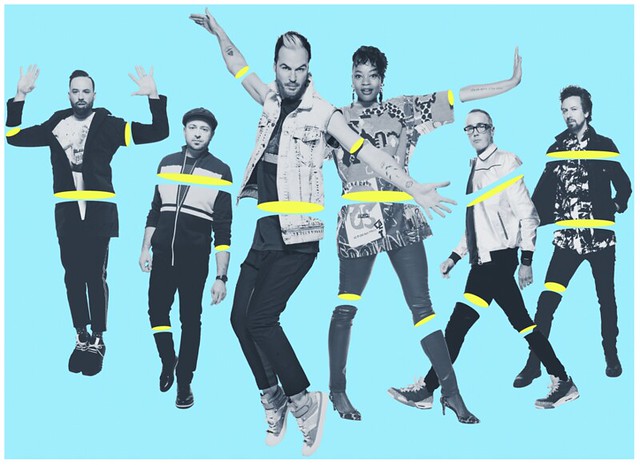 Neo-soul band Fitz and The Tantrums released All the Feels, the band’s fourth studio album, last year via Elektra Records. The six-member group performs their biggest show in DC to date with a concert at The Anthem on Friday, Feb. 14.

Multi-platinum artists Fitz and The Tantrums have quickly grown from independent upstarts to bonafide hitmakers. Their much-anticipated, new album All the Feels features singles “123456” and “I Just Wanna Shine.” All the Feels follows the band’s 2016 self-titled release, which spawned the group’s biggest hit to date, “HandClap.” The RIAA-certified 2x Platinum single has logged more than 400 million global streams, went Top 5 on both the Hot AC and Alternative Radio charts, and it also enjoyed major airplay across the country at Top 40.

Watch the official music video for “All the Feels” by Fitz and The Tantrums on YouTube:

In a review for AllMusic, Matt Collar finds plenty to like on the latest album by Fitz and The Tantrums.

“Having first grabbed fans with the retro ’60s-style soul that made up their 2010 debut, Pickin’ Up the Pieces, the band led by lead singer Michael Fitzpatrick quickly evolved into a slick, modern pop outfit with 2013’s More Than Just a Dream. It was a transition that they completed with 2016’s Fitz and The Tantrums, an uber-glossy production that spawned the ubiquitous double-platinum hit “HandClap” and firmly established the group as a pop phenomenon,” Matt wrote.