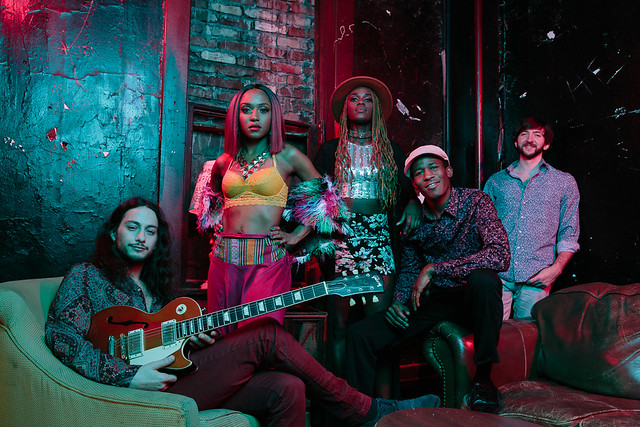 Heading to Galactic for the collective’s second night this month at 9:30 Club on Saturday, Feb. 15? Arrive early to catch opener Southern Avenue!

Boundary-breaking Memphis combo Southern Avenue released their second album, Keep On, last year on Concord Records, and it was nominated for a Grammy Award in the category of Best Contemporary Blues Album. (They ultimately were the runner-up to Gary Clark, Jr. but continue to rack up critical acclaim, including two nominations for the Blues Music Awards — Band of the Year; and Soul Blues Album of the Year.)

By embodying an effortlessly organic soul/blues/R&B fusion that reflects the band members’ diverse roots, Southern Avenue combines the talents of a prodigiously talented set of young musicians who bring their individual backgrounds to the table to create music that carries the Southern soul legacy into the 21st Century, spanning the band members’ wide-ranging musical interests while showcasing the powerful chemistry and electrifying live show that they’ve honed through extensive stage and studio experience.

Watch the official music video for “Keep On” by Southern Avenue on YouTube:

“With Keep On, Southern Avenue reaches out to a new generation of soulsters while preserving the tradition of Stax and Memphis soul. These songs flow deep down into our hearts and bones, moving us in ways we never expected to be moved (or perhaps we refused to let ourselves be moved), the way that all great soul music continues to move us. Like many great soul songs, too, these songs urge us to see the glimmers of hope in our darkness and to embrace those around us in the arms of love,” said No Depression in a review of the album.