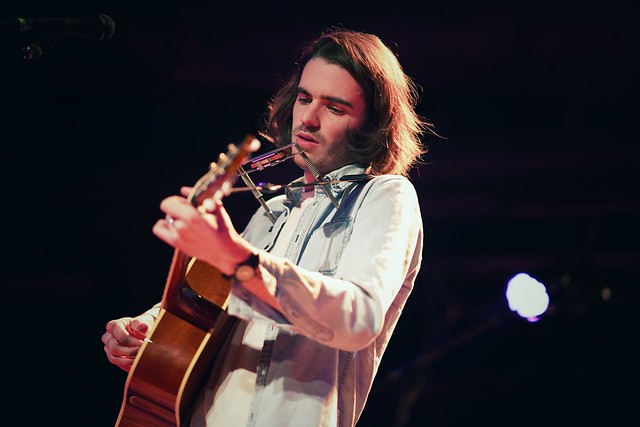 Musicians naturally morph over the course of their careers — their tastes evolve, they’re shaped by their experiences, influences can come and go.

That change tends to be gradual and isn’t easily identified or documented. You can dissect only what the artist offers up for public consumption.

But on Feb. 8, concertgoers at Baltimore Soundstage got a real-time view into deliberate creative departure in the form of the Philadelphia-based band Slaughter Beach, Dog.

The brainchild of Jake Ewald, the former co-founder and leader of punk-pop outfit Modern Baseball, the mysterious alternative folk band came to the Charm City Saturday night as the opening act for Scotland-based indie screamers We Were Promised Jetpacks.

A native of Frederick, Maryland, Jake made it clear he was devoting himself to the project after Modern Baseball announced in early 2017 that it was going on hiatus. That summer, he released an EP — Motorcycle.jpg — and, later in the year, the second full-length Slaughter Beach, Dog LP, Birdie.

The side project’s tangential nature might have surprised some of his previous band’s fans. Described as a figurative destination where Jake can isolate himself as he takes on the role of individuals in his songs, the concept was introduced in 2015 with the album Welcome, a totally solo effort all written from the perspective of various characters inhabiting the imaginative wonderland.

A signal that Slaughter Beach, Dog would be an evolving vehicle, the album Birdie saw Jake reunite with Modern Baseball bassist Ian Farmer, who not only provided instrumentation but produced the album as well. Ian was on stage in Baltimore and, along with drummer Zack Robbins, formed the night’s trio.

Touring in support of the 2019 release Safe and Also No Fear, the band (sans electric guitarist Nick Harris) treated the evening’s audience — including plenty of Modern Baseball devotees — to an 11-track, stripped down, living room presentation.

Stream Safe and Also No Fear by Slaughter Beach, Dog on Spotify:

Paddling through the desolate acoustics underlying the band’s bleaker songs, Jake switched between Gibson and Guild guitars as he appeared a man completely engrossed in his own music, at points possibly corralling his own emotions to “Slaughter Beach.”

There was something remarkably precise in his movements and even his mannerisms, which seemed cautious or careful in between songs. The room was intimate, and the performance felt more vulnerable and improvisational as Jake played the harmonica on several tracks — an instrument that elongated some of the more distant sadness and subtle turns in already somber tunes.

Whether you were a fan of Jake’s previous endeavors or are newer to the party by way of his work as Slaughter Beach, Dog, there was no mistaking his focus at Baltimore Soundstage, which was a homecoming of sorts with members of his family present in the audience.

And though Modern Baseball was adored and followed for its more outwardly expressive pop and punk sounds, the Slaughter Beach, Dog body of work will no doubt remind listeners of, say, “Pothole” from You’re Gonna Miss It All, or the 2017 MoBo single “Intersection.”

But given the original intention of the venture, it’s more appropriate to view Slaughter Beach, Dog for what it is — decidedly different than Modern Baseball, and in many ways more fitting given its experimental genesis.

“Heart Attack,” despite its title, is a delightful, endearing look at love and the ache it can wield on your soul. At Soundstage, Jake’s colorful and visual language was unmistakably heavy with angst in lines like: “my sunlight hurts my skin.” The chorus used words all too familiar in life to illustrate that anxiety: “I’m leaving you a message, I’m having a heart attack, I’m waiting up for you to call me back.”

Performed live, “Heart Attack” exemplified Slaughter Beach, Dog’s utility for Jake as a songwriter but also for the whole band, as it manifests a country rock march, a radio pop groove and seems to progress into territory that might otherwise be considered forbidden sonic territory in a previous band life.

“Anything” was delivered as a meandering, pulsating track with its despondent tones and lyrics that rotate through the struggles of thwarted plans, faded friendships, drained bank accounts — all probable and disappointing realities of growing old. The final song on the newest album, “Anything” is Slaughter Beach, Dog bending Americana or folk styles to meet the malaise and oftentimes standoffish posture of emo and indie rock bands from the ’90s and 2000s.

Jake seems to sum it up best with these words: “Anything you want to know, you could find out. Any place you want to see. It’s not as easy as it seemed when you were younger, it’s not the way it’s supposed to be.”

Just past midway through the set, the band performed a cryptic edition of “Acolyte,” a favorite from Birdie that bumps with sumptuous, chunky bass lines as Jake’s voice speaks universally powerful words with endearingly scorned pitch and a dejected attitude emanating from early emo bands.

The song’s spongy texture and relaxing rhythm mixed with its dismal, grey tone shows Slaughter Beach, Dog’s ability to be much more progressive and daring by giving folk or even pop arrangements a classically grungy finish.

Meanwhile, the esoteric drawing board Jake is using results in extremely complex lyrics, from a cast of different perspectives, that cover a spectrum of deeply personal challenges, including depression and substance abuse. While Jake’s words might not ever lay out clear cut answers, they seem to provide a fascinating comfort in not having those answers.

If you listen close enough, there might be even more rewarding spiritual payoff in the twists and turns of these songs, some of which might be more decoratively loaded with a more thoughtful emotionalism than the Modern Baseball platform might have allowed. At the very least, Jake’s songwriting feels more seasoned and more authentic to him as a person.

A Maryland-bred man who should be cheered for his career thus far, those tracking his progress will appreciate not only Jake’s music, but his effort and the wherewithal to face his own artistic demons by finding such a bizarre yet fruitful channel.

Here are some pictures of Slaughter Beach, Dog performing at Baltimore Soundstage on Feb. 8, 2020. All photos copyright and courtesy of Casey Vock. 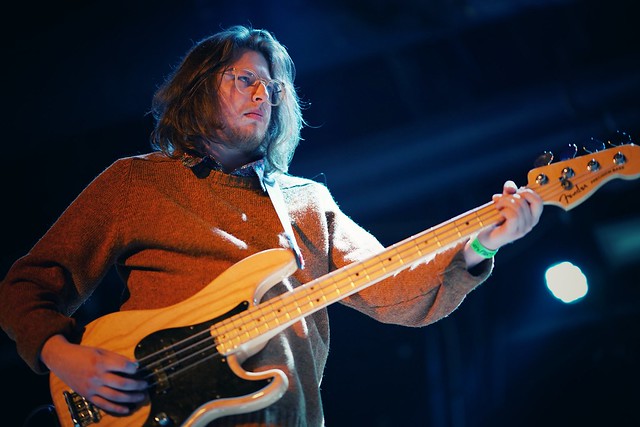 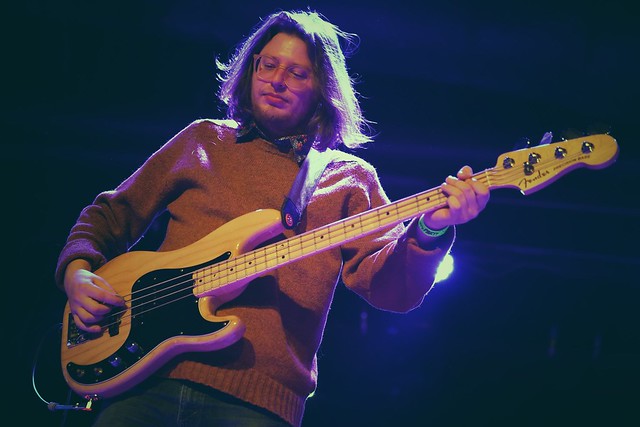 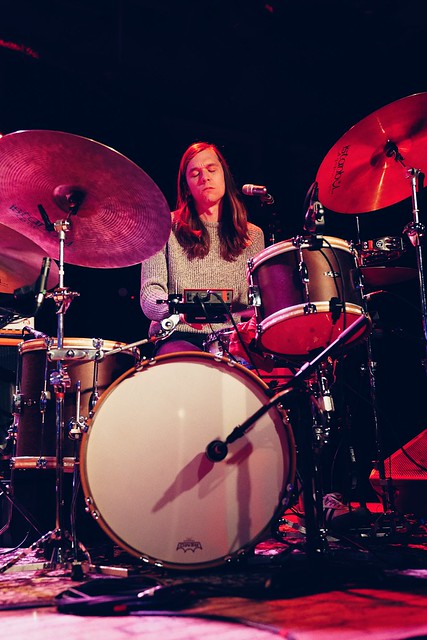 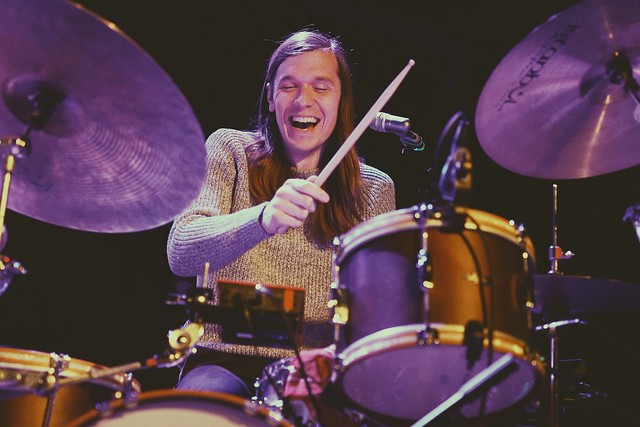 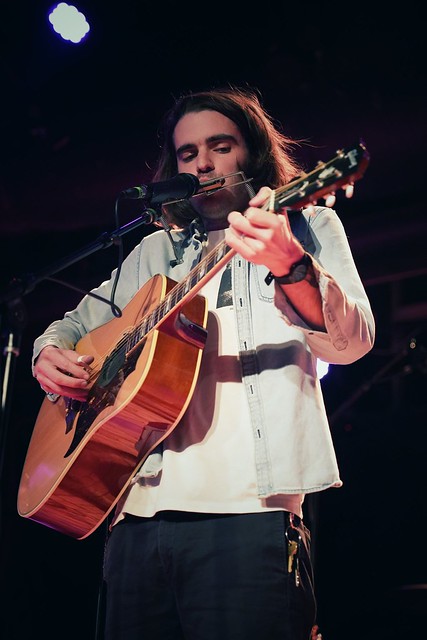 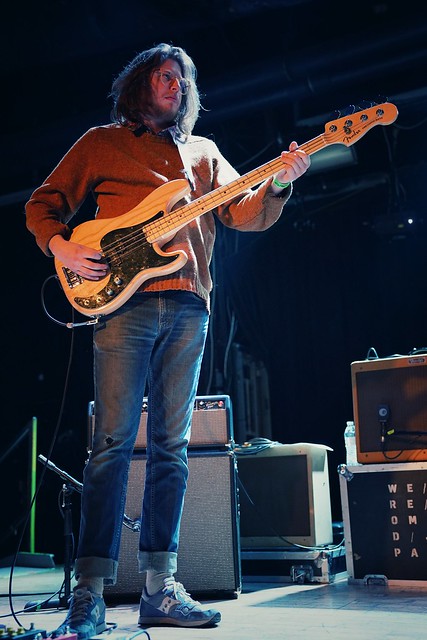 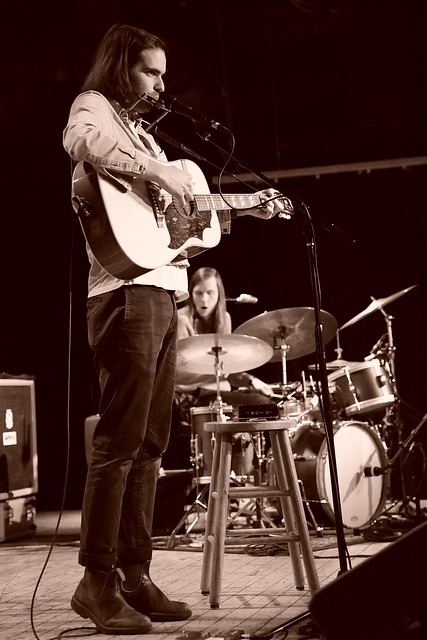 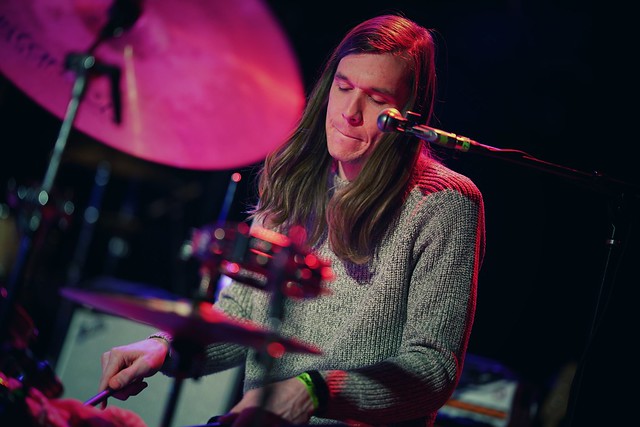 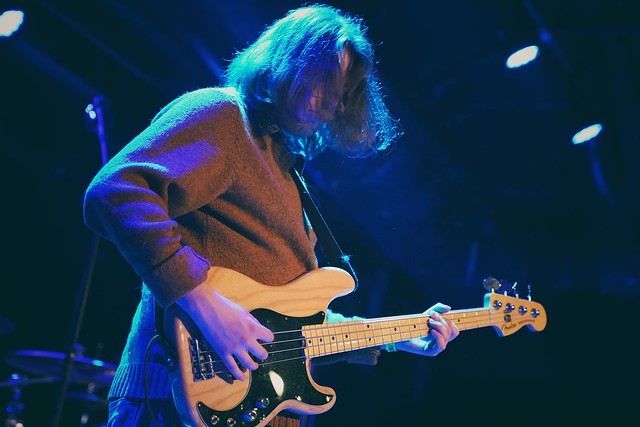 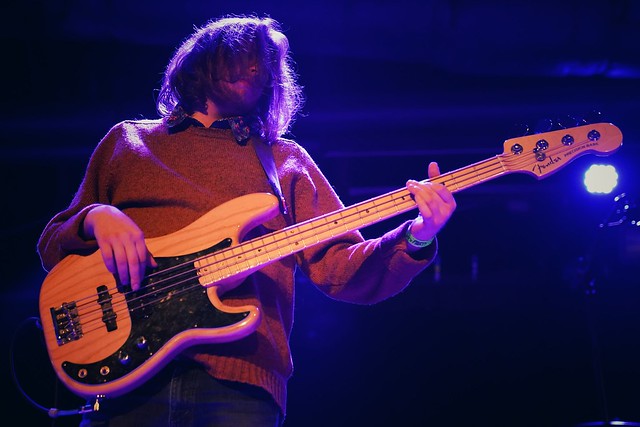 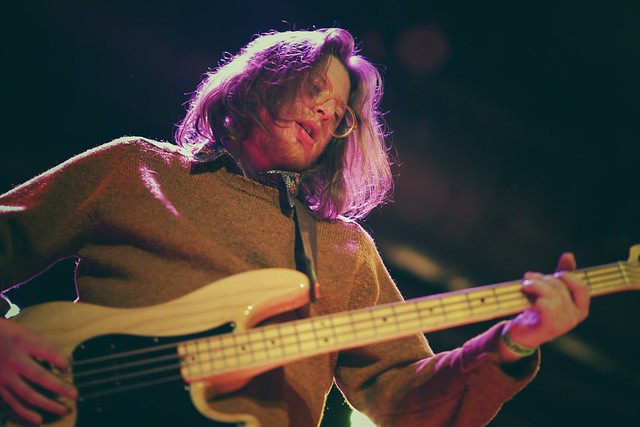 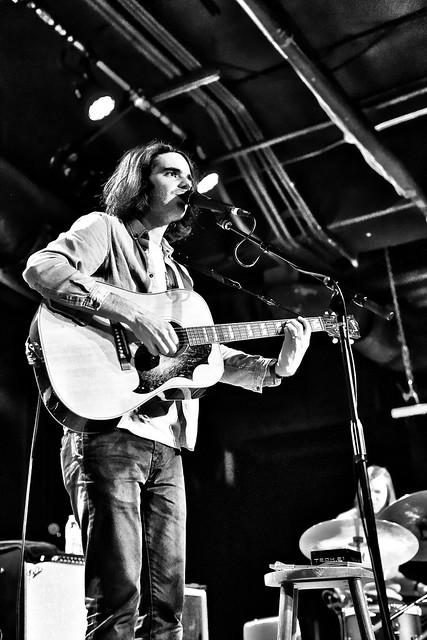 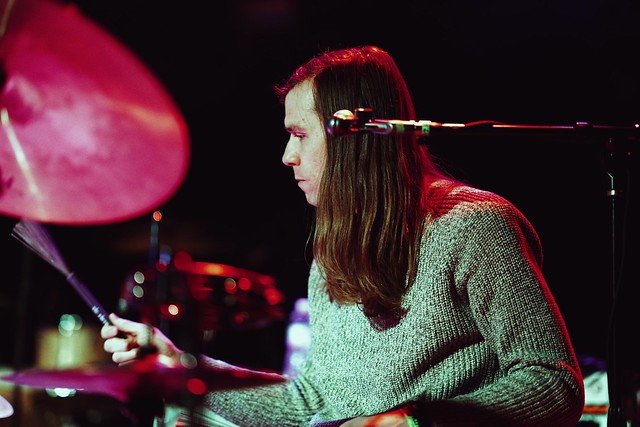 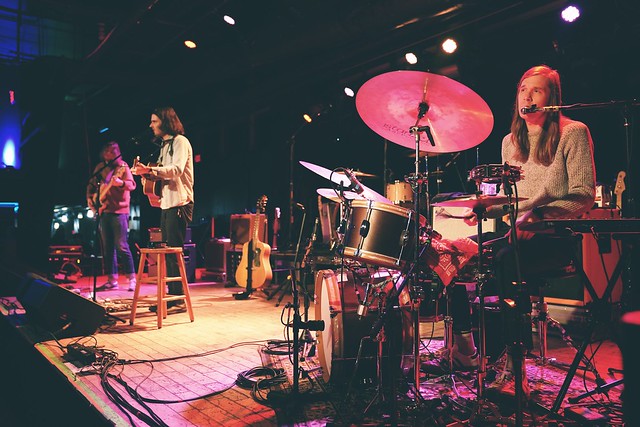 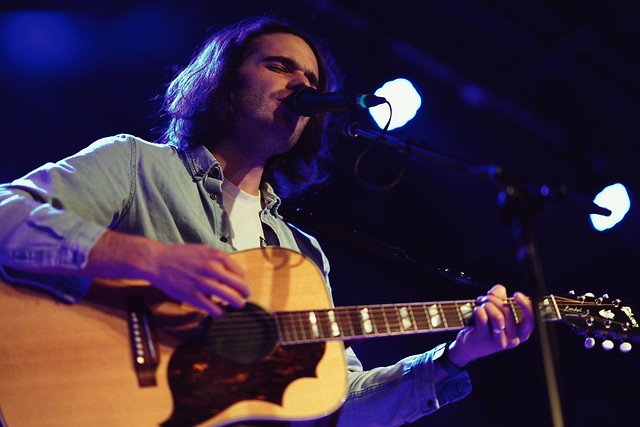 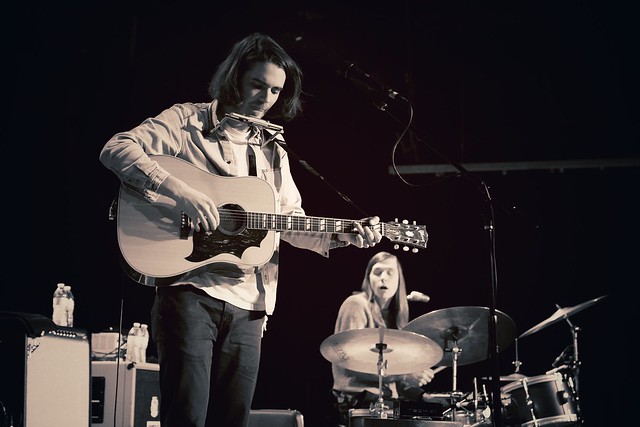 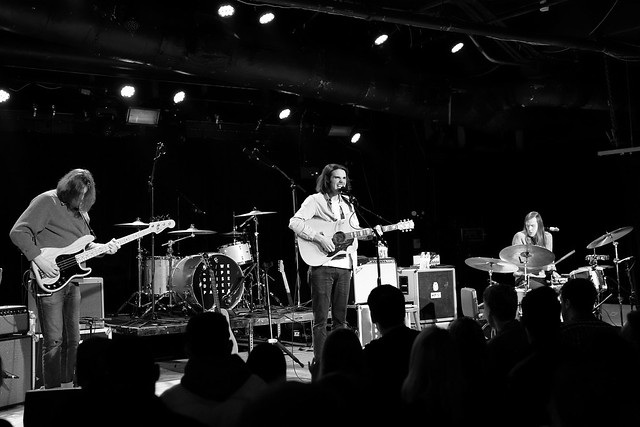 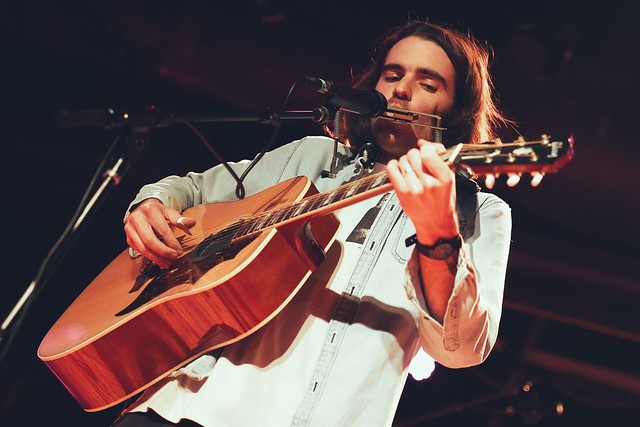 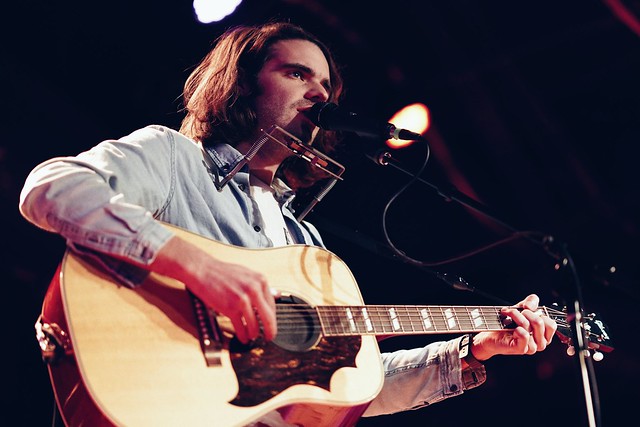