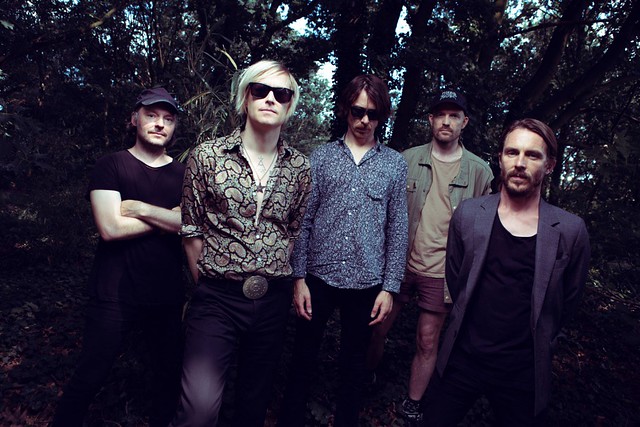 Said Refused: “In the present moment, we who believe in the equal distribution of wealth in an egalitarian, ecological direct democracy, we who use gender-neutral pronouns and words like solidarity, moral responsibility, intersectionality, and class warfare, we who believe in the Marxist dictum, ‘from each according to ability, to each according to need’ are on our back foot, on our backs, backed up against the wall, surrounded by enemies, our movement curtailed, our rights violated. It’s been clear for some time: The sun is setting on our beliefs.

Watch the official music video for “Blood Red” by Refused on YouTube:

In a review of the album for Treble, Brian Roesler observed the band’s return to their hardcore origins with “brutal and violent passages of raw guitar, neck-breaking percussion, and stop/start trickery between each bridge.”

War Music “takes listeners through myriad well-structured and bombastic pieces — each one layered with a profound confrontational energy backed by a hearty production,” he added.