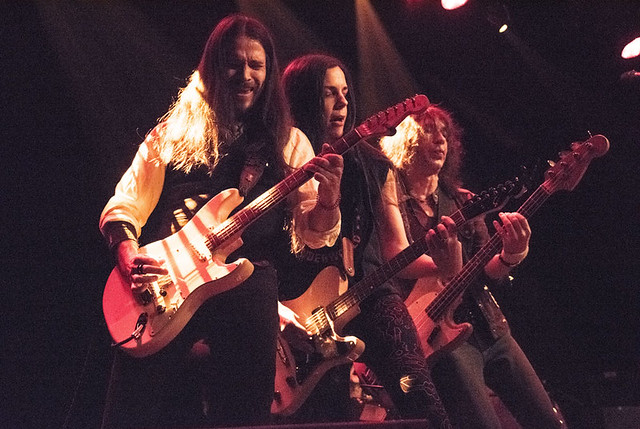 Sarah Borges and the Broken Singles perform at Jammin’ Java on Feb. 21, 2020. (Photo by Mark Caicedo)

“Without further ado,” Sarah Borges declared in her clipped Massachusetts accent, “we’re gonna play the rock’n’roll.” With that, Sarah and her band, the Broken Singles, exploded into a fast-paced, crunchy, punk-inspired number at Jammin’ Java on Friday.

“Same Old 45,” she told the audience, is a response to a song by Looking Glass. Before performing the song, she opined on the previous night’s show in Maryland, where the venue had been next to a gun shop. “It’s a bit daunting to play next to a gunshop. If they don’t like you, you’re really in trouble.”

Sarah’s music is as raucous, hard-charging as any rocker, but with an uncompromising woman’s perspective. That perspective shows up in “Girlie Book,” a song about having a woman in every port, but from a female perspective.

That perspective, as well as Sarah’s toughness, were evident in a story she told about the son “Daniel Lee.” The song is about a jerk named, you guessed it, Daniel Lee. Once, she had a teenage boy in the audience named “Daniel Lee,” and he left after she sang it. He was with his mother, who, Sarah said, “didn’t seem to like the female singer-songwriter making fun of her son.”

In “Me and Your Ghost,” Sarah sang about “going out on the town trying to find a man in a little outfit.” Other songs played with this a bit: “Gone as Gone Can Get” told the story of meeting someone at a dance, only to discover, when they take you home, that they already have a significant other there. Introducing “Lucky Rocks,” Sarah talked about finding a boyfriend. After Match.com didn’t work out, she went to see a witch, who had her carry rocks in her pockets.

After “Lucky Rocks,” Sarah talked about how she wrote a children’s book called What Can I Do When I Miss You? With Joyce Raskin. She wrote the book to help her child deal with the times when she’s away on tour.

Most of her songs, Sarah admitted, are depressing. But her set did include what she called “the only happy song we’ve ever written.” She recalled playing “Used to Sing a Song” after she was nominated for the Americana Music Association’s Emerging Artist Award in 2007.

The set also included “House on a Hill,” “Better at the End of the Day,” “a song about hookers,” and a tune that she wrote after she was caught drinking a hard pink lemonade behind the steering wheel — after crashing into another car. In addition to her original songs, Sarah and her band played a few covers: Greg Cartwright’s “Stop and Think It Over,” NRBQ’s “It Comes to Me Naturally,” and, in her encore, Noel McKay’s “Are You Still Taking Them Pills.” The evening finished with audience favorite “Tendency to Riot.”

Stream Love’ Middle Name by Sarah Borges and the Broken Singles on Spotify:

Sarah’s set was full of interesting stories, like her recent trip to the “mushroom capital” in Pennsylvania. Much of stage banter involved verbal jousting with her guitarist, who she called by the affectionate nickname “Binkie.” Binkie, a Virginia native, welcomed his parents to the audience at Friday’s show.

The audience at Jammin’ Java gave Sarah a very hearty welcome. “This is the rowdiest bunch of Virginians I’ve seen in a long time,” she said.

Here are some photos of Sarah Borges performing for the rowdy audience at Jammin’ Java on Feb. 21, 2020. All photos copyright and courtesy of Mark Caicedo. 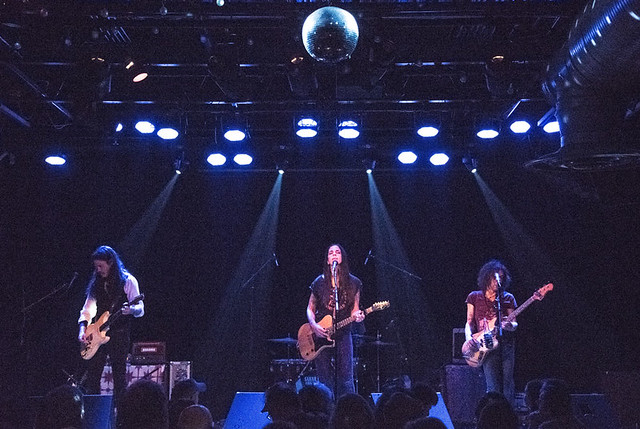 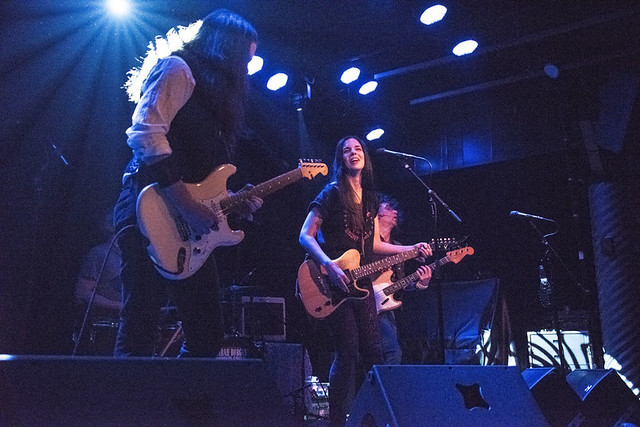 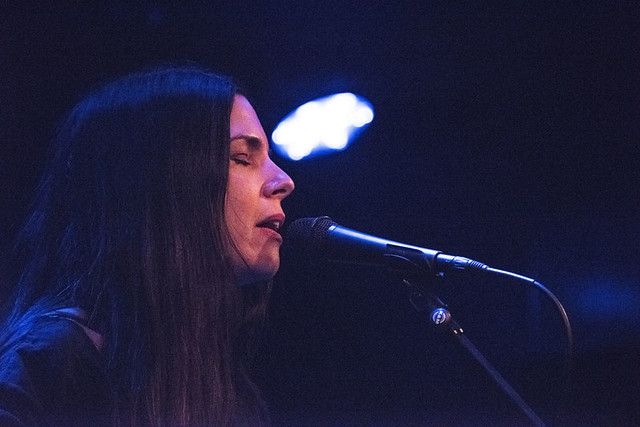 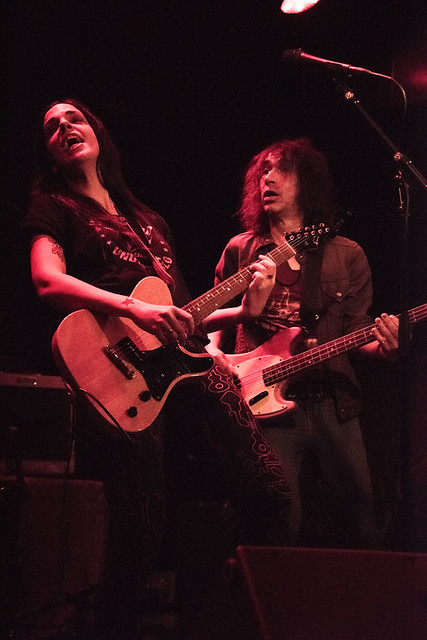 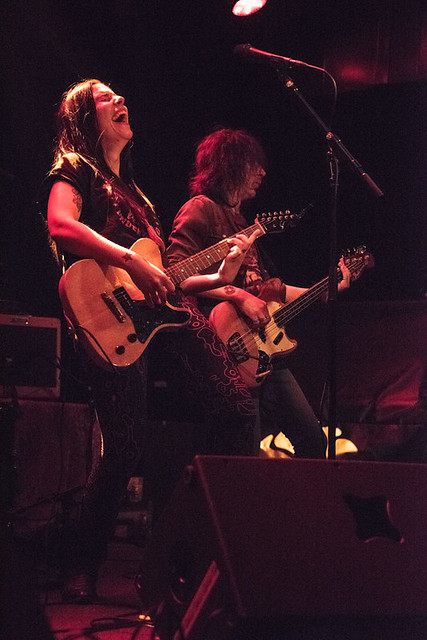 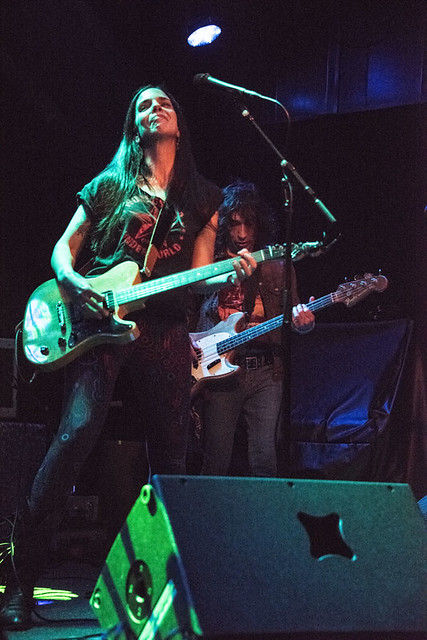 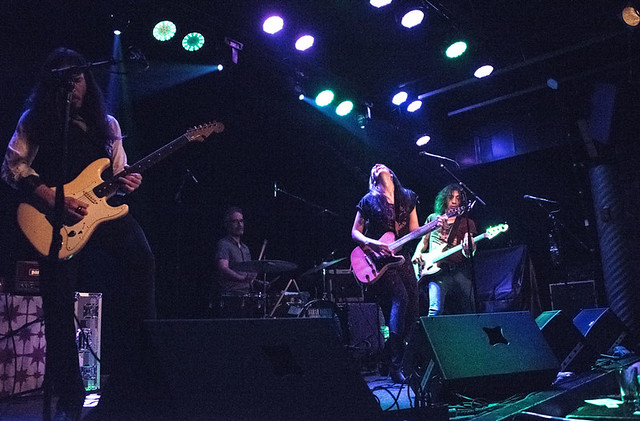 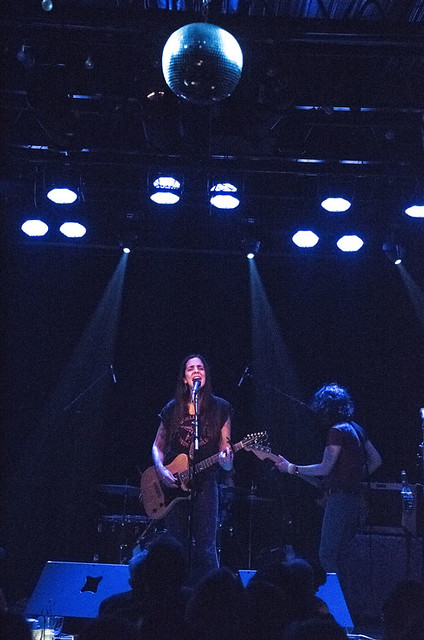 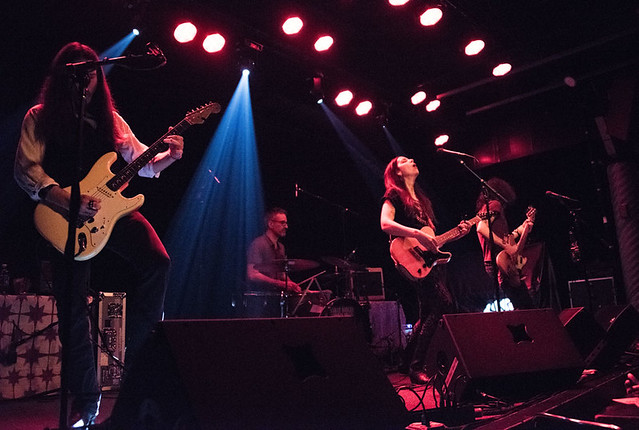 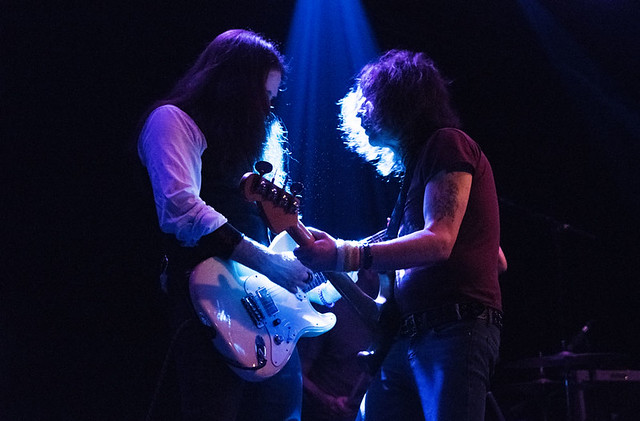 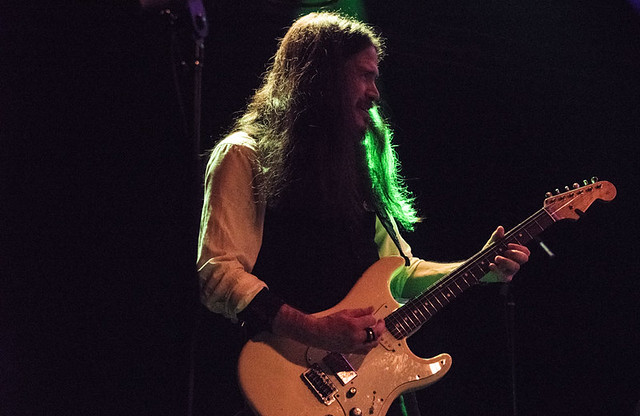 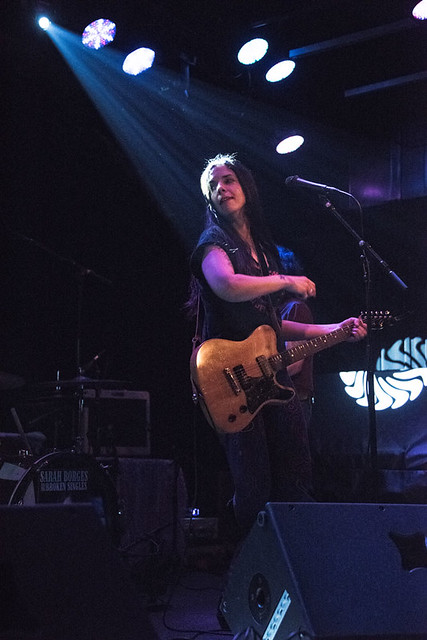 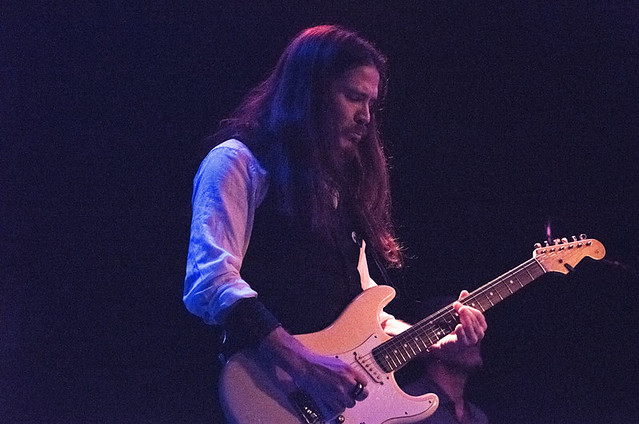 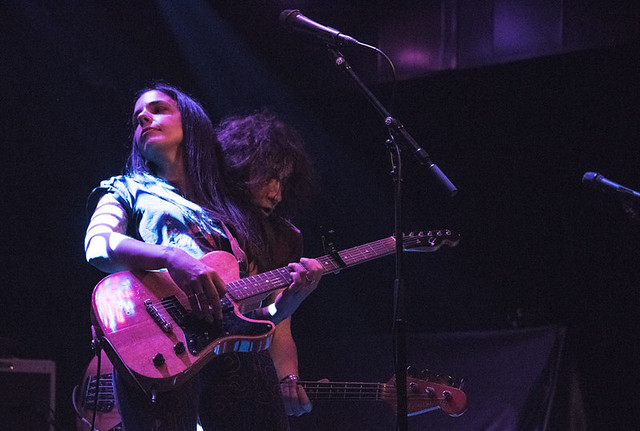 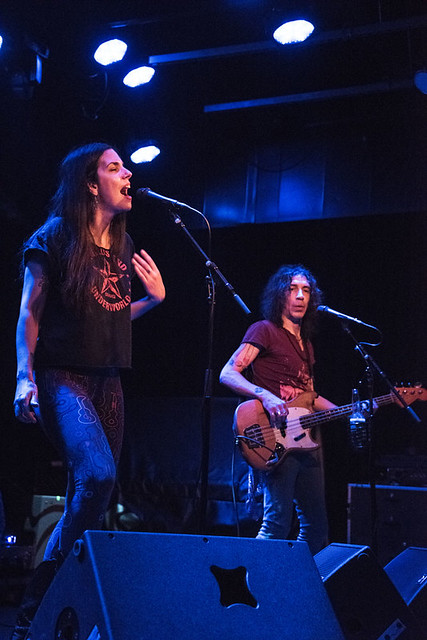 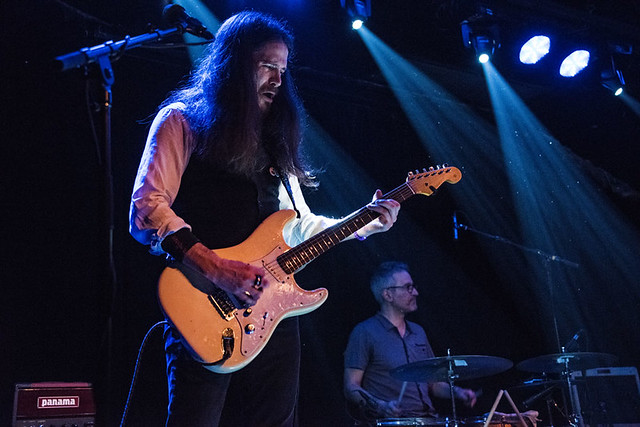 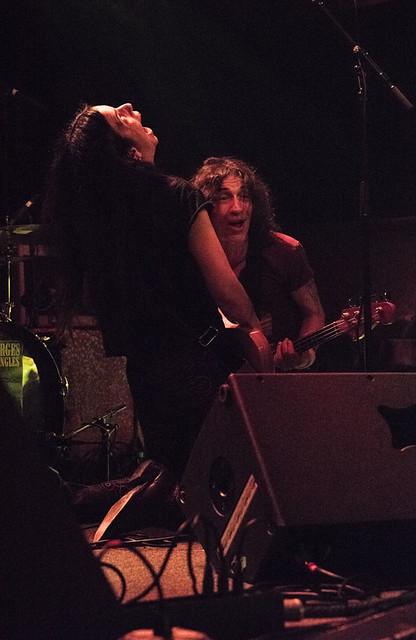 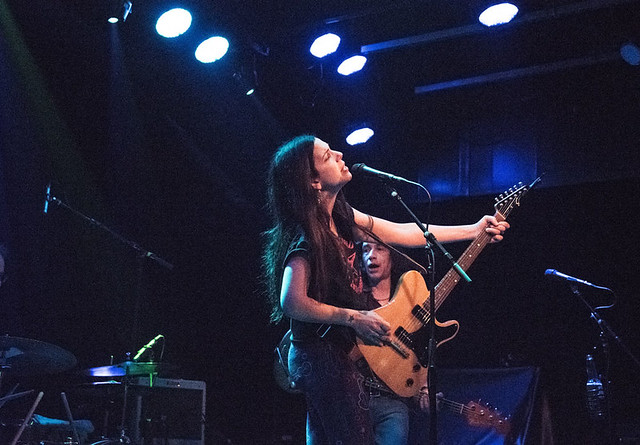