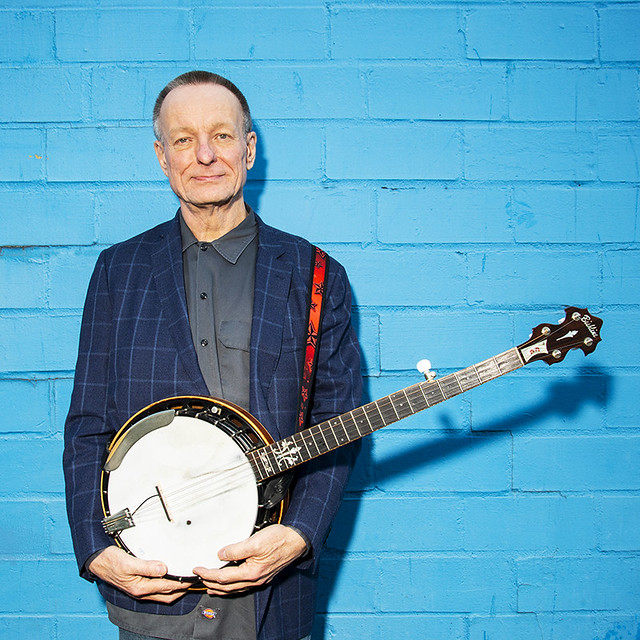 Ace banjo picker Danny Barnes has worn a lot of hats in his career, and his music draws wildly from disparate sources. He’s been a band leader and a sideman, and he’s played everything from bluegrass to (acoustic) punk. As one of his fellow players noted, he may be the only person to have released both a traditional banjo record and an ambient guitar record.

In a performance with guitarist Grant Gordy and mandolin player Joe Walsh at City Winery DC on Feb. 23, the Seattle resident played an eclectic variety of original tunes and cover songs — the cover songs the trio played ranged widely. In the first set, Joe sang lead on Bob Dylan’s “You’re Gonna Make Me Lonesome When You Go,” Danny sang John Hartford’s classic “Gentle on My Mind” in the second.

The first set included an instrumental by the virtuoso guitarist (and Danny’s friend) Bill Frissell, while the second set began with a Don Rich banjo number. The trio followed that with “Lost,” which was composed by Baltimore bluegrass musician Buzz Busby. Later in the set, Grant was featured on the old fiddle tune “Beaumont Rag.”

Danny’s two sets included several original instrumentals. On one late in the second set, Joe switched to the octave mandolin, which is a bit larger than the standard instrument. The second set concluded with “The Kitchen Floor Waltz.” Danny explained the story of the tune: An eldery couple is dancing to no music; the song is the music they hear in their heads.

As skilled as Danny is at pure picking and at interpreting others’ compositions, he’s a fine songwriter himself, as he demonstrated on numbers like “Bone,” “Get It While You Can,”
“I Gotta Maintain,” and “Overdue,” which Danny dedicated “everyone who’s in love.”

If you wanted something different, this was the show for you. In the first set, Joe played a song about arctic exploration, which is, as he commented, “a well trod subject in the bluegrass world.” For his encore, Danny sent the audience home with “Isotope 709.”

Danny has a new album coming out next month, Man on Fire, and Grant has a new record of jazz standards played on electric guitar on Bandcamp. Danny’s album promises to be another journey into his unique musical world. If you dig jazz, Grant can really play!