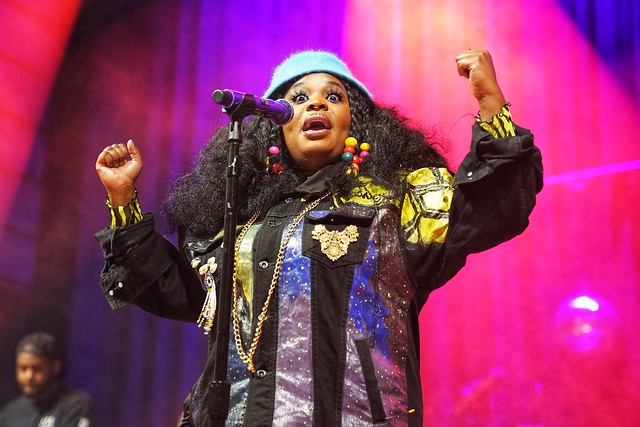 There’s something invincible and miraculous about a musical act that never really fit into a specific genre and probably never will.

But it’s tough to understand where a record store clerk might slot albums from the Grammy-nominated Tank and the Bangas, an inexplicably fascinated posse of musicians who about eight years ago in the birthplace of jazz — the Algiers neighborhood of New Orleans — and have become one of the hottest acts on tour today.

A treasure chest of American music, TATB seems to blend so many styles that this country has fostered if not at least helped nourish — soul, funk, jazz, rock, even contemporary beat poetry, as this one-of-its-kind band is led vocally by rhythmical trailblazer Tarriona “Tank” Ball.

Passionate and tireless, Tank was a world-class entertainer and artist and a sight to behold at The Anthem on Feb. 29, when the band opened for The Revivalists. She’s got big bright eyes, an outrageous stage presence and an ornamental style that celebrated her heritage as an African-American woman who grew up in the Big Easy and seemed to embody the spirit and festivity of Mardi Gras.

Blessed with polished pipes that could contend with legendary singers like Eta James, but with a tongue as quick and cutting as Missy Elliot, Tank is a mesmerizing star who has naturally built TATB’s foundation with jazz, soul, and hip-hop fans but also helped the band transcend overall categorization. You can actually hear her pay direct homage to some of the great American performers in the opening song on the 2013 LP Think Tank.

Stream Think Tank by Tank and the Bangas on Spotify:

Made up of a pack friends who met at a jam session in NOLA, the band has a deep roster: Angelika “Jelly” Joseph (vocals), Merell Burkett Jr. (keyboard), Norman Spence II (keyboard), Joshua Johnson (drums), Jonathan Johnson (bass), and Albert Allenback (alto saxophone, clarinet). The crew expands for tours, with Danny Abel on guitar and Etienne Stoufflet on tenor saxophone.

Rolling into The Anthem, Tank and the Bangas showcased its dynamic sound with an array of instrumentation and songs that made full use of the cutting-edge venue’s sound and lighting systems.

Within its cohesiveness, this group afforded each member the chance to flex. While only an opening set, the songs covered boundless territory and, in their construct, progressed through so many different sections and moods.

From the group’s opening note, TATB’s performances were full of life and infinite sound — a party where everyone has a role that they enjoy, and everyone is laughing. A round-robin of expressionism from an eclectic lineup of musicians, all humbly gifted, each spry and attentive, it felt impossible to confidently pinpoint the band’s most direct influences as it interpreted so many textures and emotions in a small window — blazing drum rolls from Josh Johnson, howling saxophone and clarinet solos from Albert, and nasty blues guitar tabs from Danny.

The night’s host Tank numerous times shimmied out onto the center extension of stage to bring TATB’s physical, athletic playing style to the audience. Pulling mostly from the band’s most recent LP, the group was relentless in moving through an appropriate sample of its own songs.

Stream Green Balloon by Tank and the Bangas on Spotify:

“Smoke.Netflix.Chill.” was an inventive arrangement and play on the popular expression that manifested as a soul-spiked hip-hop tune that swung in and out of itself while Tank sliced in between choruses and the song’s thrusting beat. The accents from the keyboard and backup singers helped provide a complexity to TATB tracks like this when performed live.

“Hot Air Balloons” initiated with broad, saturated bass lines from Jonathan Johnson and Tank’s provocative tones and then latched onto a powerful groove that vibrated the massive structure. The song slapped and drifted along, shifting through jazz lines, with vivid lyrics and divine vocals radiating out of the background as Tank pivots back and forth between her authoritative interjections.

Just a taste of what the group has to offer, the set likely earned Tank and the Bangas new fans on a sold-out night playing The District’s most technologically-advanced stage.

Here are photos of Tank & The Bangas performing at The Anthem on Feb. 29, 2020. All photos copyright and courtesy of Casey Vock. 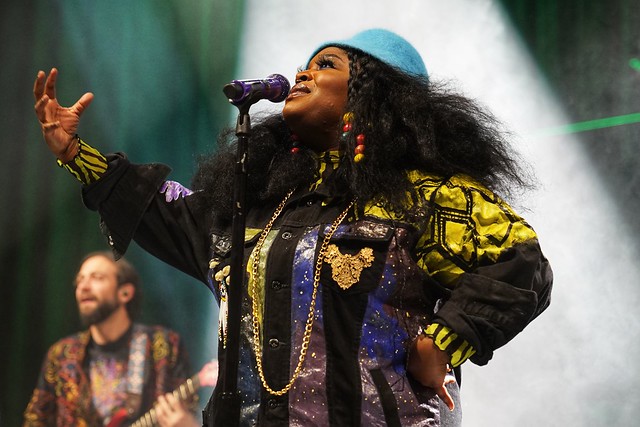 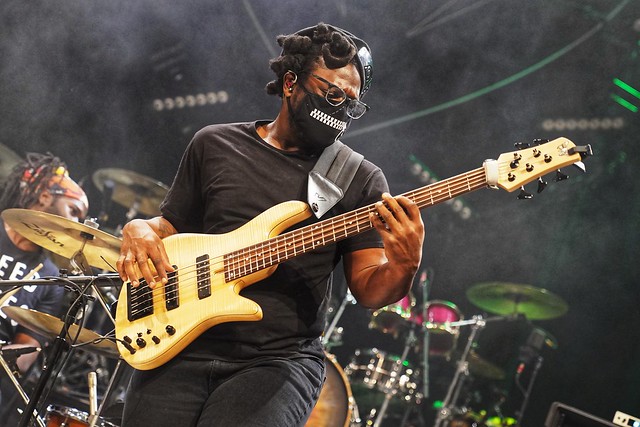 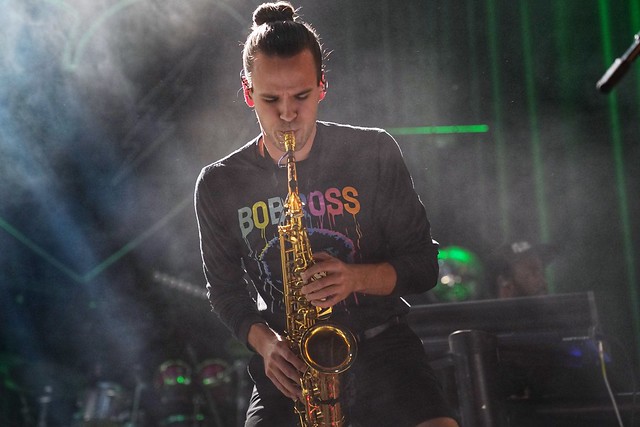 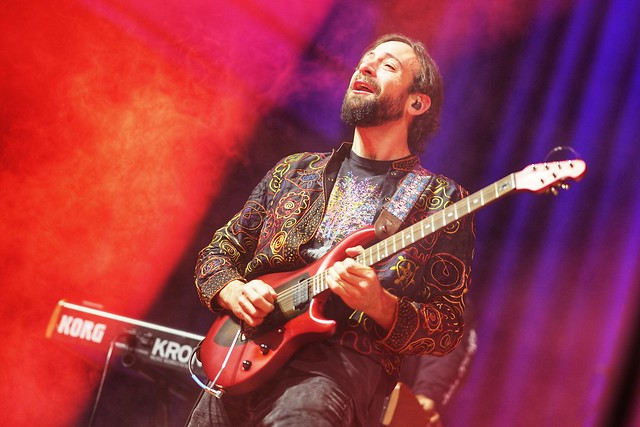 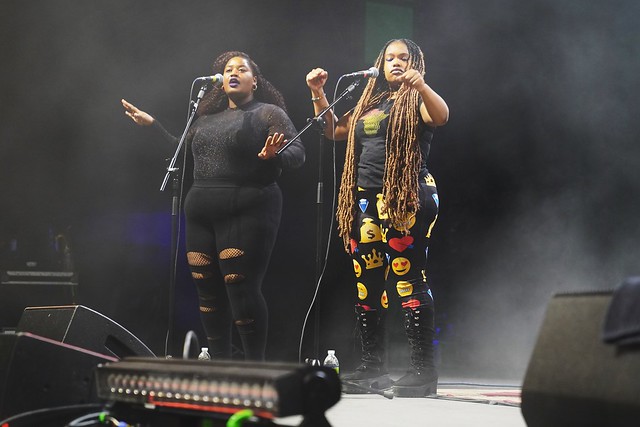 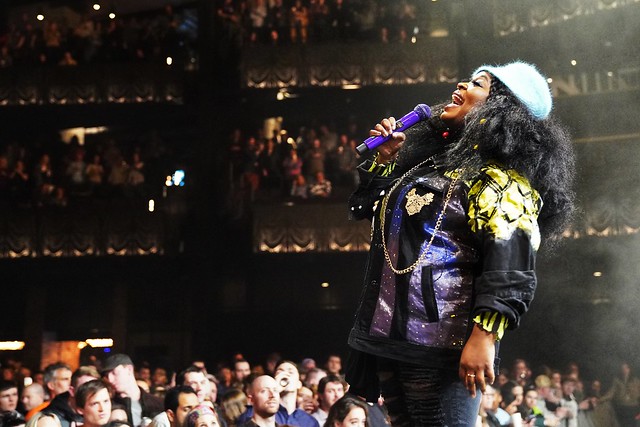 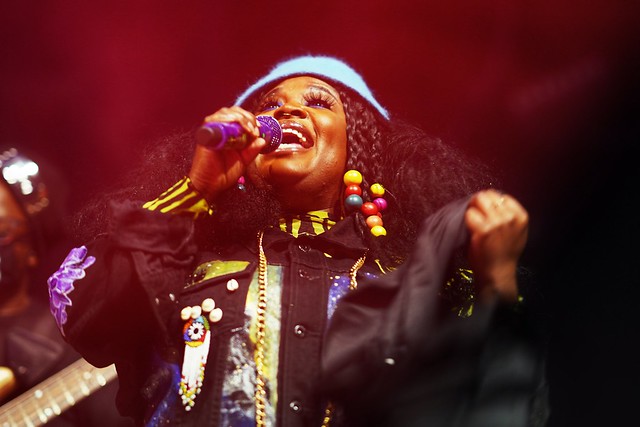 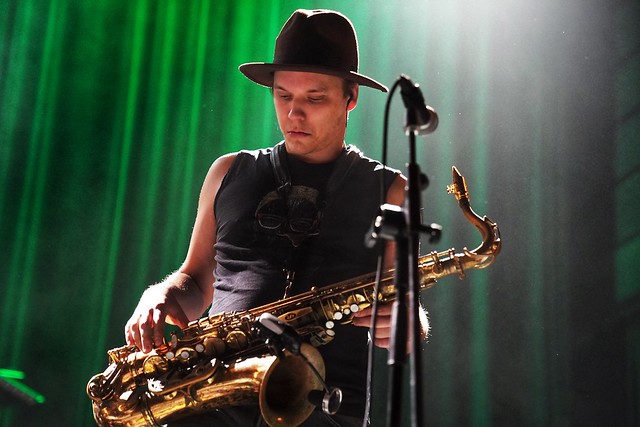 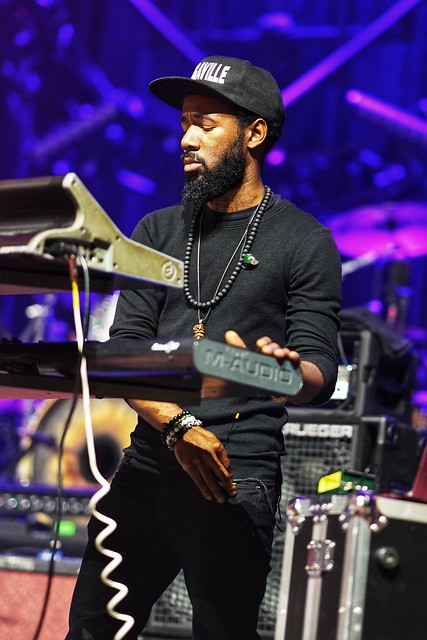 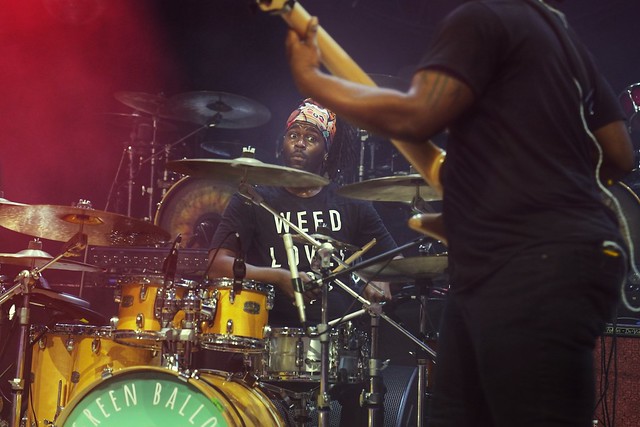 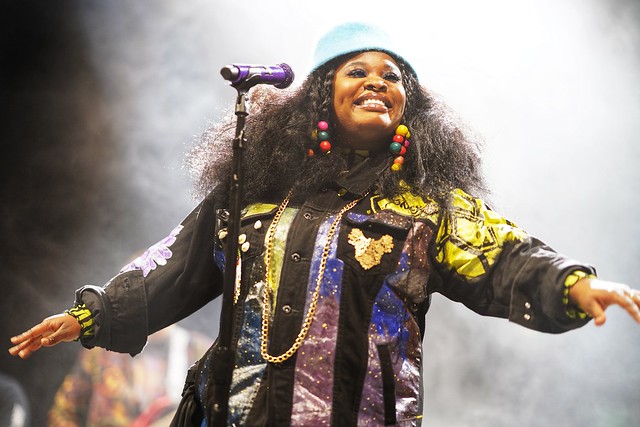 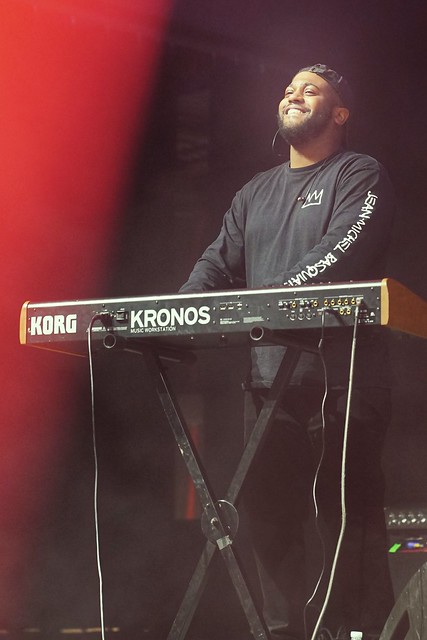 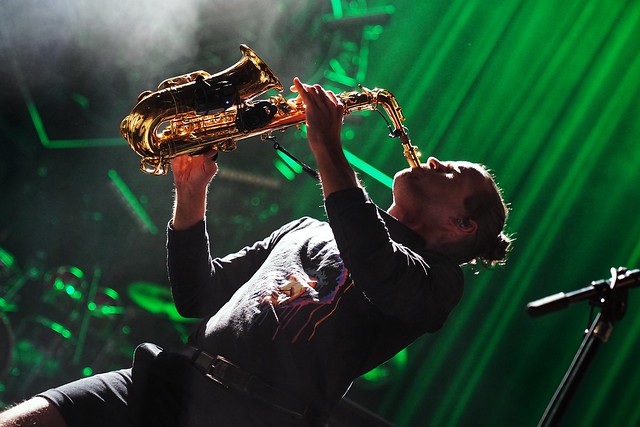 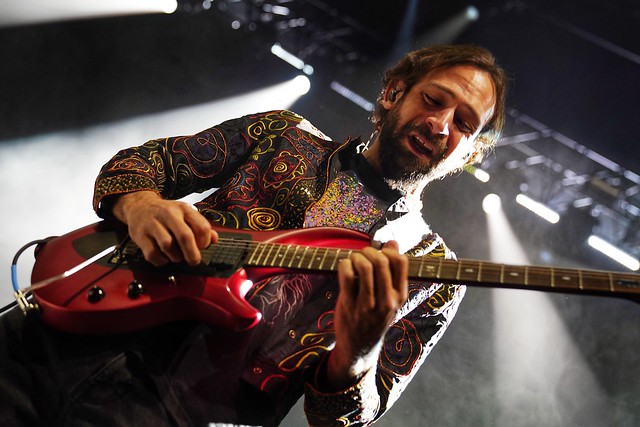 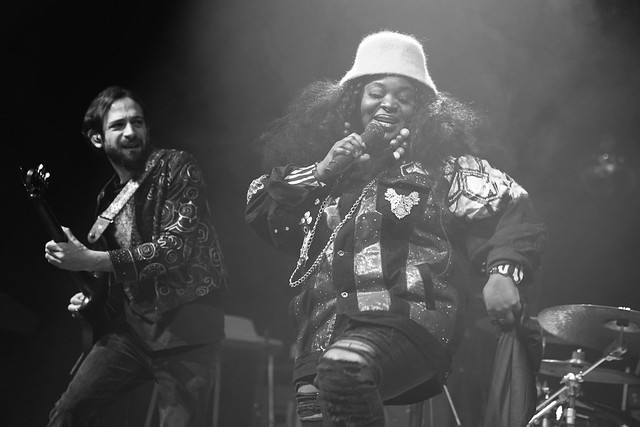 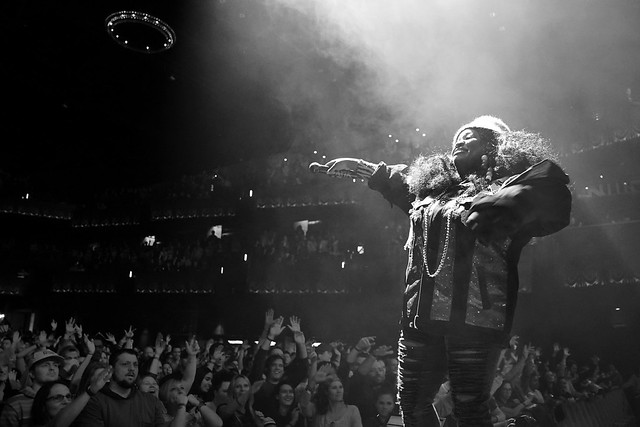 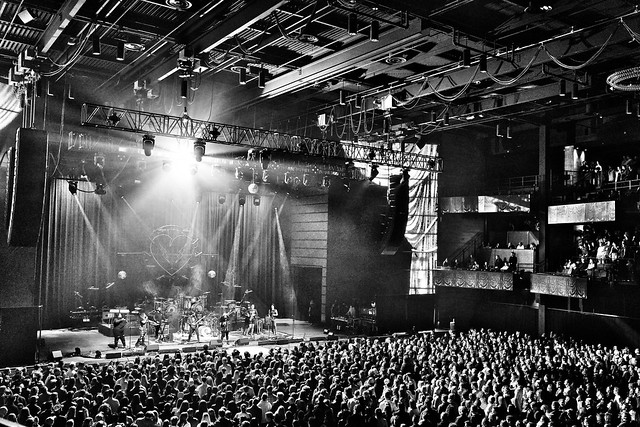