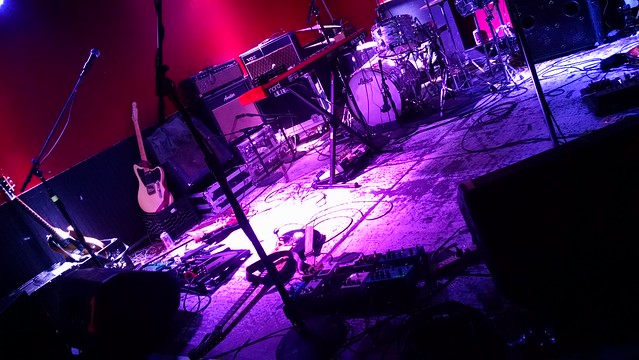 Prior the declaration of a national emergency on March 13, DC’s IMP concert venues, including 9:30 Club and The Anthem, declared they would voluntarily close down through March 31 as part of precautionary measures to prevent the spread of the coronavirus.

But a clarified order issued by DC’s mayor on Sunday shut both venues indefinitely all the same.

As were concert venues that hold a nightclub license — but not those that hold a tavern license.

To get some insight into the differences between a DC nightclub and a DC tavern, I corresponded with Bill Spieler, owner of DC9 Nightclub, and Joe Lapan, owner of Songbyrd Music House.

As a nightclub license holder, the order from DC Mayor Muriel Bowser promptly closed DC9. I asked Bill if there might be some possibility of an exemption for DC9 to reopen because it could act as a tavern if necessary. After all, “tavern license holders (often traditional bars…) are hampered by much fewer restrictions,” explains nightlife blog Barred in DC. Meanwhile, the city’s “nightclub license holders (which include clubs like Midtown, Ultrabar) have very few restrictions and can have entertainment, dancing, or charge a cover without getting permission.”

“I honestly have no idea when we might be open again,” Bill wrote in response to my inquiry about DC9’s closing. “A lot depends on when the DC government say that NIGHTCLUB liquor licensed establishments can open back up. I don’t think there is going to be any exemptions for this. Even if there is one after seeing how many people that were going out, I don’t think it would be worth it.”

Nightclub licenses in DC are actually somewhat rare. There are only roughly 40 nightclub license holders in the city, and many neighborhoods have banned new nightclubs, according to records from the DC Alcoholic Beverage Regulations Administration. DC9 is classified as a nightclub only because the business previously at its address held a nightclub license.

“We actually bought the previous nightclub’s license that was operating at the address,” Bill elaborated. “Nightclub licenses are allowed to offer any type of entertainment (excluding nude dancing) without getting approval from the ANC for their area. If DC9 had a tavern or restaurant license, we could still have entertainment, but we would need an ‘entertainment endorsement’ from the ANC. In the endorsement, it would list what you could do (i.e., cover charge, live music, karaoke, djs, dancing).”

In contrast, Songbyrd Music House wasn’t forced to close because the concert venue holds a DC tavern license. So, theoretically, it could continue to hold concert gatherings that met stringent criteria. (Let’s ignore for a moment that most major tours have canceled their shows for the next several months due to the coronavirus threat!)

Today, however, Songbyrd announced it too would close, starting at 5pm. “As part of the Washington, DC community, Songbyrd Music House keeps the health and safety of our staff, patrons, and community as its top priority and is closely monitoring development related to Coronavirus (COVID-19),” Songbyrd said in a statement announcing its closure.

Prior to that statement, Songbyrd was weighing its options, Joe Lapan told Parklife DC.

“Our plans are evolving daily, if not hourly,” Joe said. “In light of this latest Notice and its guidance, I’d say there is a high likelihood that we will close, but we have not announced that yet. While we very much understand the purpose and objectives of this Notice, the practical effect seems to make it impractical to continue on-site service and activities for the most part.”

The DC Health Advisory on Mass Gatherings stipulated that restaurants and taverns that remain open must:

Even if DC9 were able to stay open, Bill believed those restrictions would make it impractical.

Like DC9, Songbyrd didn’t actually choose its designation as an alcohol license holder.

Joe said, “We didn’t really elect our licensing situation. We inherited it really. But I think you need to distinguish between nightclub, which is an occupancy category (we are actually a restaurant) and tavern, which in a liquor license category. You can then add endorsements onto your liquor license, like we have entertainment. In any event, not sure its a particularly relevant distinction in this case. Same practical effects I think, with the exception that we don’t HAVE to shut down ASAP.”

So, although Songbyrd wasn’t required to close under the current requirements, Joe did not believe it was in anyone’s best interests to keep the venue open.

Also Sunday, the Centers for Disease Control and Prevention recommended that no establishments host mass gatherings of more than 50 people for eight weeks. While that recommendation does not translate into local edicts, it is quite possible that states and cities will eye closing nightclubs and concert halls for at least that long.

As Bill observed of DC’s coronavirus shutdowns, “I think this will last longer than two weeks.”