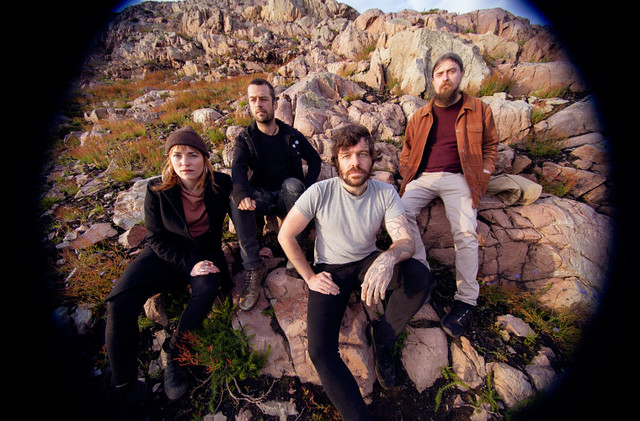 The droning guitars and eerie pipes of the Irish folk band Lankum have led some to describe their music as apocalyptic. On the evening before the declaration of the coronavirus pandemic as a US national emergency, the band darkly joked, “Thanks a million for taking your lives into your own hands.”

Frontman Ian Lynch added, “We kind of feel like the band on The Titanic.”

But humor couldn’t hide the gravity of the situation on March 12. To prevent unnecessary contact, the band set up its merchandise with an honesty jar. Substantially fewer people came than had bought tickets. Some even sat in the pit in front of the stage — the first time I’d seen Jammin’ Java without tables.

The rest of Lankum’s tour was cancelled, and the band was headed back to Ireland. For a smaller act, the cancellation of an overseas concert really hurts. Round-trip airfare between Ireland and the United States for a band can be pricey! And there’s the costs of being on the road, too.

Despite the oppressive circumstances, Lankum managed to perform an excellent set, opening with the traditional Irish ballad, “The Wild Rover.” Introducing “The Young People,” they told a story about a fan who was going to bring them “a soft winter’s apple,” as mentioned in the song. Instead, the young man gave it to his girlfriend.

When a member of the band said that he wished someone had brought him a soft winter’s apple tonight, someone asked if he’d really want to touch it. “Fair enough,” he admitted.

Those songs and others appear on Lankum’s latest record, 2019’s The Livelong Day, released by Rough Trade Records.

Stream The Livelong Day by Lankum on Spotify:

The next song, “The Rocky Road to Dublin,” was shortlisted in the survey of favorite Irish folk songs. Lankum joked that it’s “officially not Ireland’s favorite folk song.”

“Hunting the Wren” came about when Lankum suggested to the Irish singer Lindsey O’Neil that she write a song about the Irish woman who shot Mussolini in the face, Violet Gibson. It grew into even more, encompassing the stories of women who lived in a 19th-century commune.

“Henry, My Son,” they described as the “Dublin version of a very old European ballad.” For “Pride of Petravore,” they described the trick to making the song work as playing “a traditional Irish horn pipe like an Orcish warhones.” Riffing on the Lord of the Rings reference, they added, “We don’t like hobbits. Hobbits are pricks.”

At one point, Lankum was involved with the soundtrack for an Irish post-apocalyptic film which, sadly, was never produced. For that project, they wrote “Katy Kruel.”

Perhaps owing to the subdued atmosphere, Lankum didn’t include a formal encore. Instead, they just played a couple more tunes. “Cold Old Fire,” from their first LP, tells the story of Dublin at the height of the economic recession. The last, “The Old Man from Over Sea,” was described as “about creepy old men and bad mothers.”