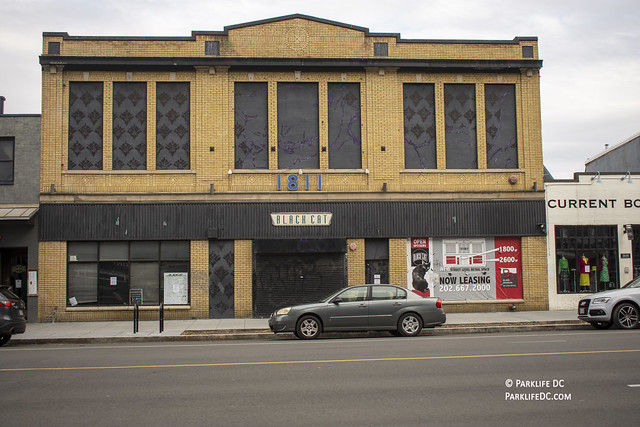 The Black Cat is regarded as home to DC’s punk music scene. It hosts the likes of Discord bands like Hammered Hulls and traveling skate punk bands like FIDLAR, for sure, but there’s much more to the Black Cat.

With its 700-person capacity, the Black Cat is the touring home to indie rockers of all stripes, whether climbing their way up the charts or legacy bands that have won a consistent and loyal following.

In the latter category, the Cat has for example hosted the likes of Echo and the Bunnyment, Nada Surf, and The Raveonettes, among other similar bands. In the new band category, it’s the venue to take on Shame (UK), Diet Cig, Beach Slang, Algiers, and more.

Founded in 1993 by Dante Ferrando, the Black Cat sits in the middle of 14th Street NW, at 1811, within the most popular nightlife and shopping strip of Washington, DC, today. It is a short two blocks from 14th and U Sts. NW, considered by many to be the beginning point of the city’s largest leisure district. It’s an easy walk from the 13th St exit of the U Street Metro Station.

The Black Cat helped to transform the neighborhood. When Dante founded the club (with investors that famously included Dave Grohl, who still occasionally visits), the 14th Street strip was relatively barren and affordable. The area had a reputation as a neighborhood, known as Logan Circle, where patrons could find cheap drinks and late nights. Now, it’s more of a dinner and cocktail destination although rowdy bars still pop up among the fancier places in a manner not too dissimilar from Greenwich Village. 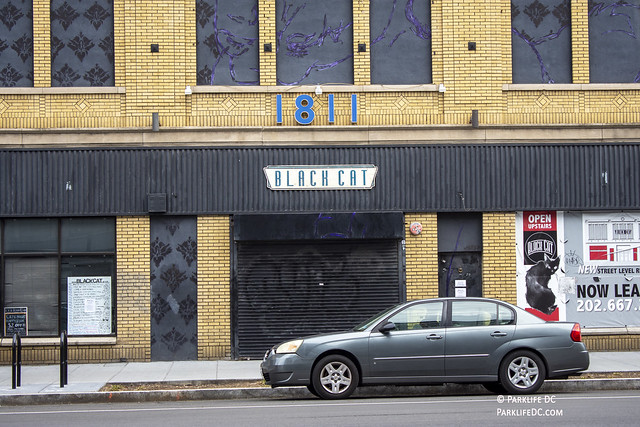 When the Black Cat first opened, it was a little further along the street at 1831. In 2001, Dante moved it to the larger space, where the Cat occupied two floors, supplying patrons with the upstairs concert hall, occupancy 700, and a backstage performance space, occupancy 300. Also on the first floor was a large cozy bar called the Red Room, a carryover concept from the Cat’s original location. The club also hosted a small vegan-friendly food cafe, called Food for Thought, run by Dante’s father.

The Cat existed in that configuration until the end of 2018, by when an explosion of music venues throughout DC made it difficult for the venue to maintain and book two stages. The Black Cat closed the bottom floor, eliminating the Red Room, the backstage space, and Food for Thought, intending to lease the ground level to a retail business. As of March 2020, the space has remained vacant but available for lease.

Read Parklife DC’s coverage of shows at the Black Cat.

With the change, the Black Cat now only books “the main stage.” It switched the configuration of its bars, moving one to the back of the main room and dubbing it again the Red Room. Staff are able to seal off the Red Room space with a sliding wall, and it occasionally opens for Red Room-only events or opens as a separate, free-to-enter space when the main concert hall is far from sold out. 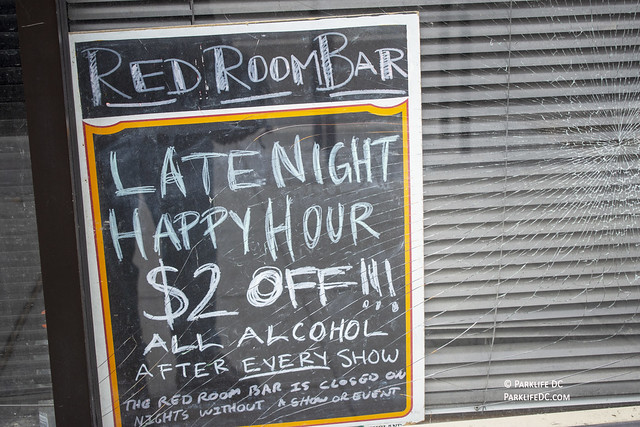 Of the many music venues in DC, the Black Cat is perhaps closest to my own heart. It’s a place where anyone of any walk of life can be comfortable, and it provides opportunities to think alone in a dark corner or dance your heart out in the middle of a big crowd. Although its owner is rumored to dislike dance parties, the Black Cat’s schedule is usually thick with DJ gatherings themed after popular periods of music from the ’80s to the Aughts, from Britpop to emo, and it’s one of the few places in the city where underage patrons can dance outside of an actual live music concert.

The reduction in space at the Black Cat came with a reduction in hours, so sadly a lot of the off-the-cuff or on-the-fly good times that once occurred regularly there are no more. The club remains, however, a vital part of the DC live music matrix, and it’s a pleasant if sometimes far too dark place to see popular mid-tier bands.

The Black Cat is similar in aesthetics and layout to Le Poisson Rouge in Manhattan, Union Transfer in Philadelphia, Basement East in Nashville, Double Door in Chicago, the Music Box in San Diego, and Zebulon in Los Angeles.

For more information and a concert schedule, visit the Black Cat’s website.

Editor’s note: As a DC-area music venue for touring bands occupied by its owner-operator, Black Cat is eligible for nomination in our annual Thrushie Awards as Best Concert Venue. 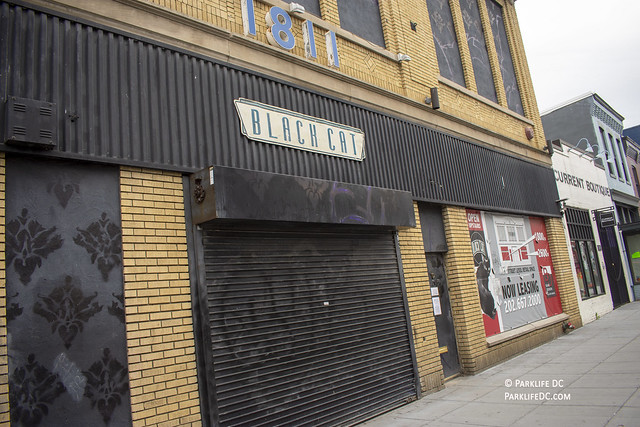 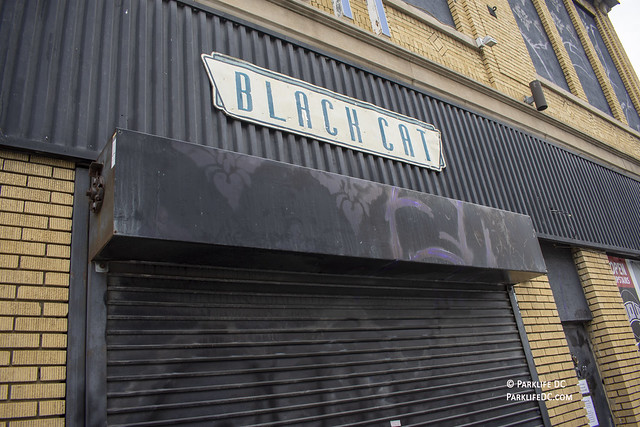 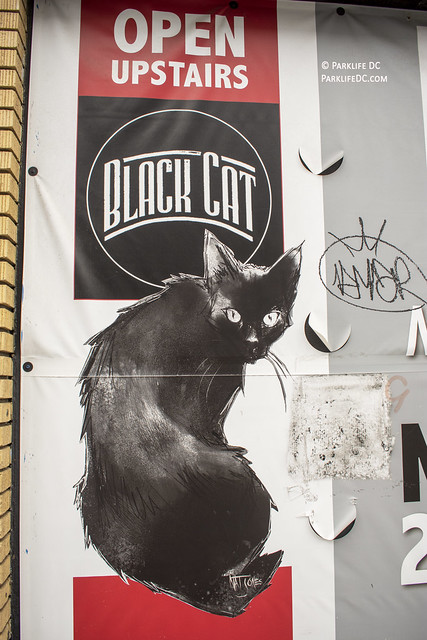 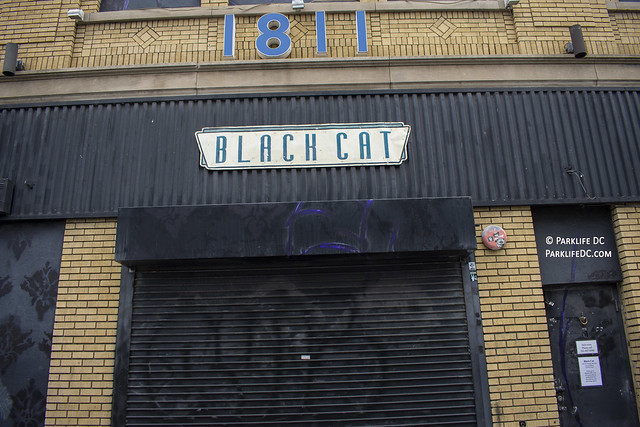 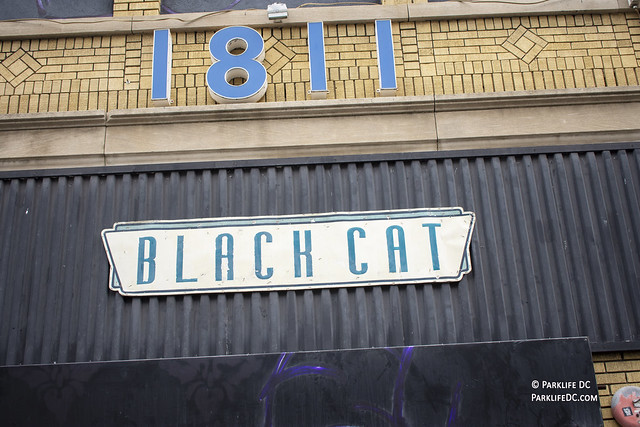 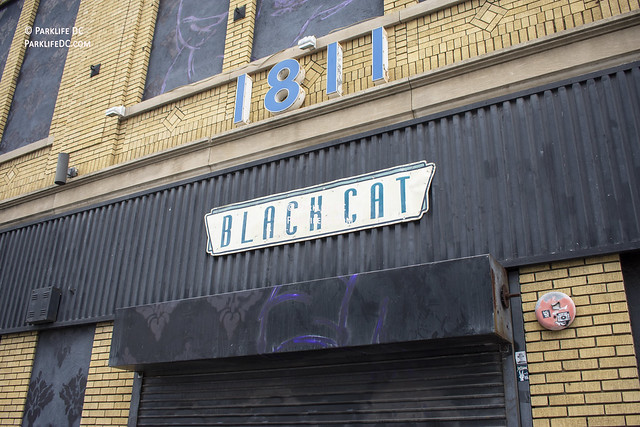 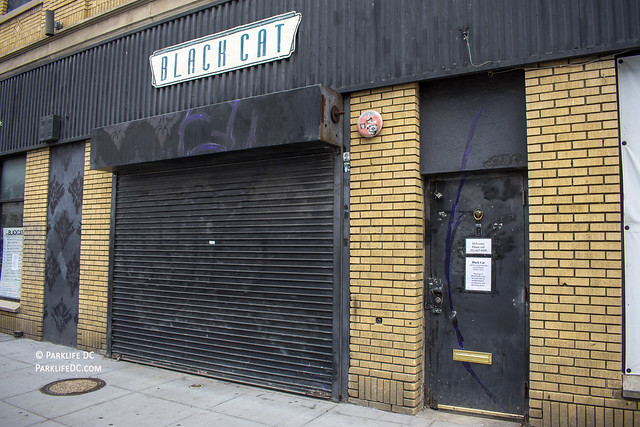