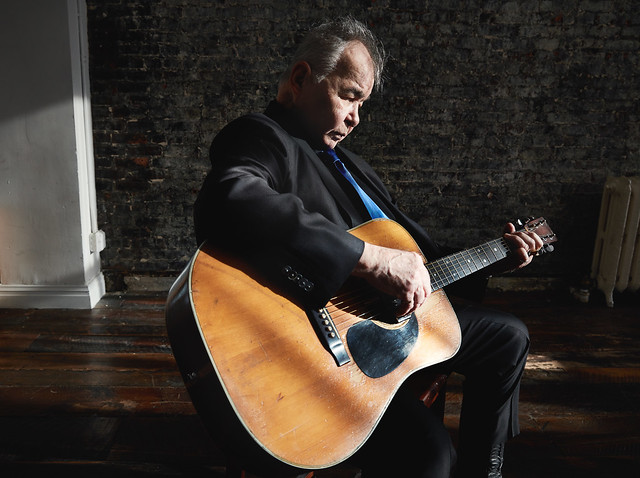 A Personal Remembrance of John Prine

I only saw John Prine live once. In November 2017, he played DAR Constitution Hall. Dan Auerbach of the Black Keys opened the show.

Dan brought in a younger audience, people in their 20s and 30s. One woman with a Russian accent explained to me as we waited in the concession line that she’d never heard John Prine.

That concert, and everywhere he went, John found fans and spread smiles. The show was simple and elegant, just John and his band in suits, no fancy lights or effects. The songs stood on their own with no need for embellishment. John’s voice, changed by surgery for throat cancer many years earlier, deeper and more gravelly, still conveyed his lyrics with the same gravitas and good humor.

John could break your heart, and he could make you smile, all within a matter of a few minutes. He sang “Sam Stone,” the tale of a veteran struggling with heroin addiction, and it twisted you up inside. And a few minutes later, he’d be dancing, a silly, goofy dance, a celebration of life and of music and of coming together.

Even in the same song, John could evoke laughter and tears. In “The Speed of the Sound of Loneliness,” he sings to a lover, “you come home straight and you come curly.” From that humorous line, he could immediately go dark and heavy, to “sometimes you don’t come home at all.”

Watch a young John Prince sing “Speed of the Sound of Loneliness” live on YouTube:

John spoke and sang in a downstate Illinois drawl, a voice where the Kentucky roots of his family met middle America. He was, as so many have recalled, an everyman figure, who just happened to be a songwriting genius. For all his accomplishments and accolades, he is equally remembered in the music community as a friend and mentor who helped the careers of musicians from Todd Snider to Kelsey Waldon.

We were lucky to have John with us for his 73 years. We had some sense as fans of how tenuous this all was: In addition to throat cancer, John had also survived a more recent bout with lung cancer. John came back from the first illness with his Grammy Award-winning album, Fair & Square. In 2018, he released his first original album since 2005 — The Tree of Forgiveness.

Americana music has lost one of its formative influences. His wife, Fiona, and his children have lost a lovely man who was by all accounts a wonderful husband and father. John will be dearly missed.

One thought on “RIP, John Prine”