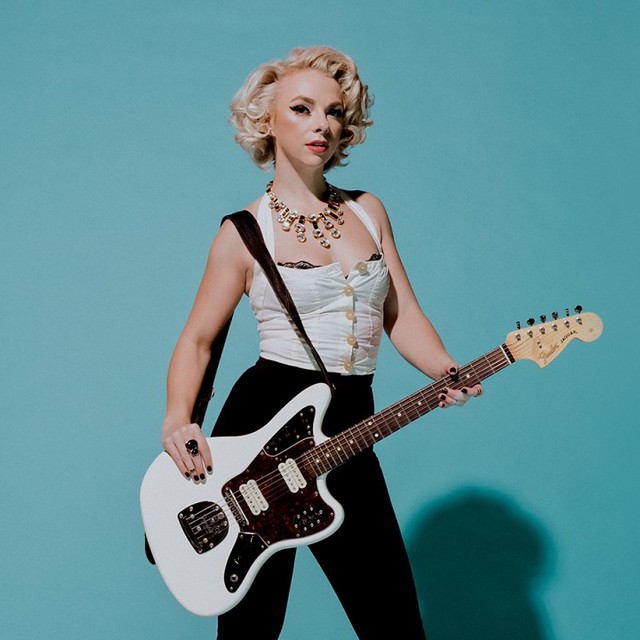 Join Samantha Fish for a performance on Friday, April 17, via Facebook Live. In this weekly concert series, Samantha talks about music, tour, play some tunes, and maybe even have a special guest.

Speaking to Guitar World, Samantha discussed the lead single, saying, “‘Bulletproof’ is about losing touch with yourself when you try to make everyone else happy. It’s a little bit of an observation on society’s standards and the music industry-how people can criticize every little thing, and because you’re in show business you’re expected to be bulletproof as an individual.”

“Vulnerability being taken as weakness, you put on a mask to steel yourself,” she said. “It’s a facade, but we all do it anyway.”

Watch the official music video for “Bulletproof” by Samantha Fish on YouTube:

“For the last decade, she has been one of the most promising young blues performers working, a punchy singer and a rowdy guitarist. Kill or Be Kind is her first album for the roots-music powerhouse Rounder, and it demonstrates the range of her palette, which takes in Southern R&B, rockabilly, and much more,” said Jon Caramanica of Samantha for The New York Times.