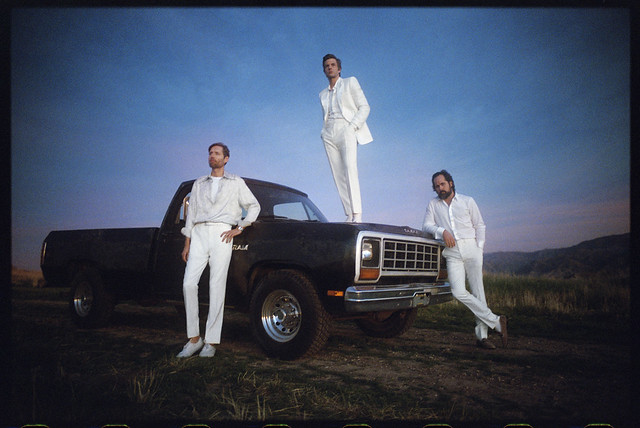 The Killers (Photo by Olivia Bee)

The Killers return with their fastest No. 1 at Alternative Radio with hit single “Caution” via Island Records. “Caution” is from the band’s upcoming sixth studio album, Imploding the Mirage, scheduled for release on May 29.

Produced by the band in conjunction with Shawn Everett and Jonathan Rado of Foxygen, the album was recorded in Los Angeles, Las Vegas, and Park City, Utah. It features a brilliant array of collaborators, including Lindsey Buckingham, kd lang, Weyes Blood, Adam Granduciel, Blake Mills, and Lucius — another first for the group, who have typically kept guest spots on their albums to a minimum.

“Caution” is all of Imploding the Mirage’s excellence densely packed into three-and-a-half minutes. Both refreshingly next level and reminiscent of the band’s much-loved albums Sam’s Town and Battle Born, it finds The Killers evoking the spirit of ambitious reinvention matched with the kind of anthemic chorus to which they’ve become synonymous. The track features an iconic guitar solo courtesy of the legendary Lindsey Buckingham.

Watch the official music video for “Caution” by The Killers on YouTube:

“The Killers are returning to their earnest, bombastic classic-rock impulses on ‘Caution.’ It’s unmistakably a Killers song,” Stereogum said.

For more of The Killers, visit the band’s website.