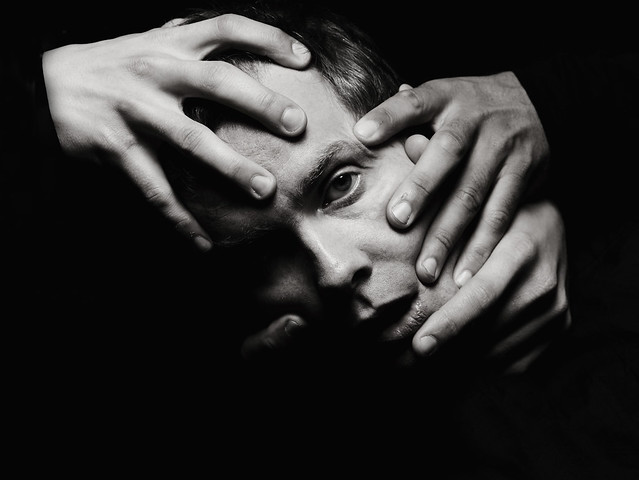 For the first time in 10 years, Jónsi makes a highly anticipated return with a brand new song “Exhale”, along with a new video directed by himself and Giovanni Ribisi. “Exhale” is his first solo work in over a decade and was co-produced by Jónsi and A. G. Cook.

“Exhale” begins softly, featuring Jónsi and a somber piano in free-time. Over a bed of pillowy, glitchy synths, and piano, Jónsi repeats “just let it go now/ it isn’t your fault,” which feels like both a mission statement as well as a guide for living in the tumultuous 21st century.

The accompanying visuals depict a dancer emerging from a black polyethylene tarp. As the song crescendos, and more instruments and a muffled beat enter the fray, the dancer’s mesmerizing movements toss pieces of the fabric into the air, where they float like leaves in the wind.

Watch the official music video for “Exhale” by Jónsi on YouTube:

Jónsi made a career on sweeping music that plumbed the depths of the human experience and our connection to the natural world. With his multi-million selling, award-winning band Sigur Rós, Jónsi transmuted the rugged terrain of Iceland into music that sounds pure, organic and untouched by the modern world, even as it exists comfortably within it. Cook’s production exists at the opposite end of the spectrum: synthetic, sometimes abrasive, and often on the cutting edge of experimentalism. On paper, their collaboration is surprising, but “Exhale” is a beautiful track that pushes Jonsi’s otherworldly voice into startling new territories.