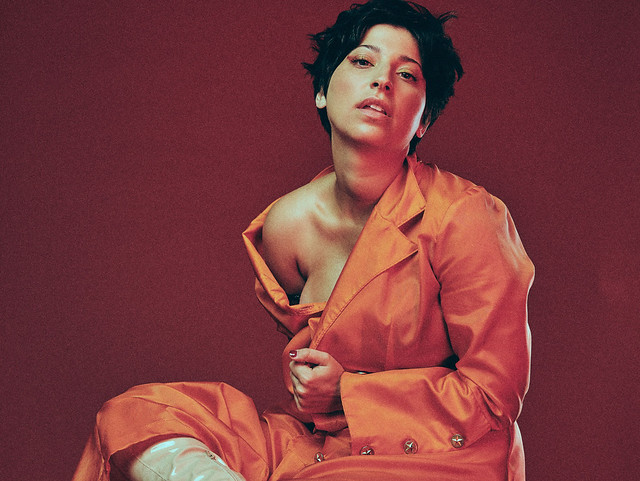 Ariana and the Rose (Photo by Louis Browne)

Ariana and the Rose has solidified herself as both an underground Brooklyn nightlife staple and a must-see mainstay on the NYC pop scene. She was to visit DC with Torres, but the show was canceled (for now) due to the national coronavirus emergency.

But Union Stage is bringing Ariana and the Rose to you in a livestream for its You & US: A Live Series. Catch her show via Union Stage on Instagram on Tuesday, April 28.

Union Stage brings Ariana and the Rose to YOU this Tuesday on the US IG for another installment of the ongoing YOU & US streaming series, Union Stage announced today on Instagram.

Ariana may play fan-favorites like the biting “You Were Never My Boyfriend,” the ethereal heartbreaker “Love You Lately,” the LOGO-approved pride anthem “True Love,” and her unanimously praised disco bop “Night Owl,” while also teasing what’s next to come following last year’s Constellations (Phase I) EP.

Watch the official music video for “You Were Never My Boyfriend” by Ariana and the Rose on YouTube:

Combining “vibrant, club-ready” (Consequence of Sound) pop with intimate, smart, and pointed lyrics, Ariana and the Rose can effectively coexist on bass-heavy dancefloors as well as perched solo at the piano — as Earmilk said, “she’s honest and can be stripped bare one moment, but isn’t afraid to go big, to experiment, and feel glam in the other.”

Ariana and the Rose
You & US: A Live Series
Instagram
Tuesday, April 28
Show @ 7pm
Donations welcome
All ages