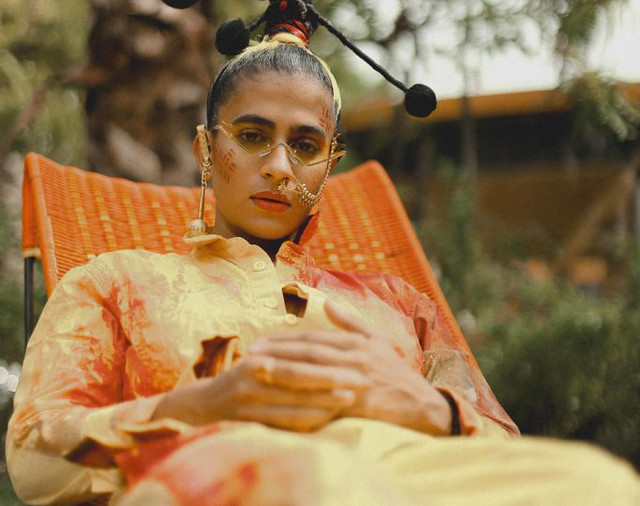 Sixth & I continues its livestream series today with musician and activist Madame Gandhi, who performs for the Sixth & I Living Room Sessions on Facebook Live today, Friday, May 1.

Madame Gandhi is an artist and activist whose mission is to celebrate gender liberation. She has toured drumming for MIA, Thievery Corporation, and most recently Oprah Winfrey on her 2020 Vision Stadium Tour with morning dance party Daybreaker. She holds a Bachelor’s Degree from Georgetown University and an MBA from Harvard Business School. S

he has been listed as Forbes Music 30 Under 30 and is a 2020 TED Fellow. Her uplifting music and mathy beats have been critically acclaimed by The New York Times, Billboard, NPR, and more.

Broadcasted live from the artists’ living room, this show is part of Sixth & I’s new weekly concert series designed to shine a spotlight on the best local talent. Stream this set for free on Facebook.