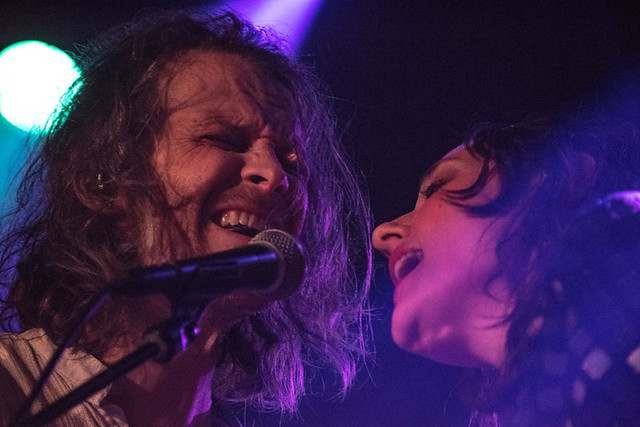 Catch the band’s next shows on Friday, May 1, and Sunday, May 3, via Facebook Live.

The core of David Wax Museum is founders David Wax and Suz Slezak. Their music is a beautiful, melodic pozole of Mexican ranchera and salsa, Appalachian folk and bluegrass, and old-fashioned blues-based rock and roll. Despite being separated by a screen, David Wax Museum’s music delivers a warmth and intimacy that makes you feel that nothing else matters but being in this place at this moment with these people.

With seven albums to their credit (Line of Light is the latest) and over a decade of honing their craft, David and Suz bring a unique, overpowering joy to any room they play, virtual or not. That joy is rooted in family, as David and Suz immerse their two young children in all things musical, personally and professionally.

“I’ve always envisioned a life where my work and family are integrated, and not in separate boxes,” Suz said. To that end, working parents and their kids are highly encouraged to tune in Friday afternoons for special family shows.

See the official music video for “Uncover the Gold” by David Wax Museum from Line of Light:

Catch David Wax Museum livestreams on Sundays at 9pm, Tuesdays at 8:30pm, and Fridays at 2pm.