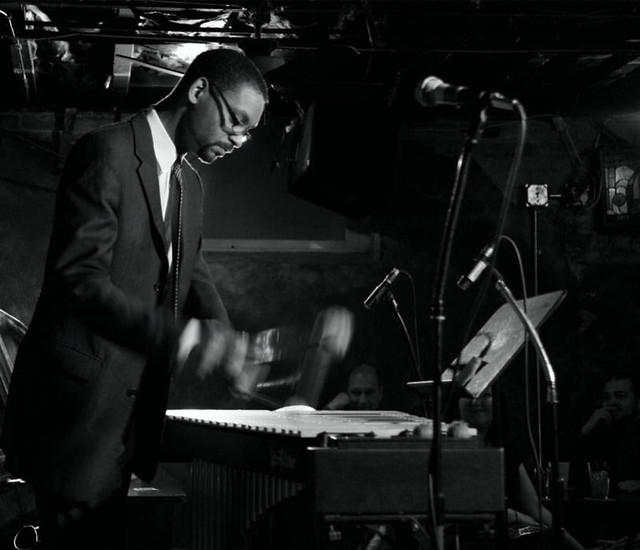 The Jason Marsalis Marsalis Quintet will perform “The Music of My Father” for the next installment of the New Orleans Jazz National Historical Park’s interactive Facebook live stream series, “Golden Hour,” hosted by Nick Spitzer of the public radio program American Routes — in conversation with Jason and band between tunes.

In advance of his first quintet performance of work from late Ellis Marsalis Jr., son Jason noted, “While my father was busy mentoring students, he took his own music for granted. I’m proud to present his music as another part of his legacy. He evolved and grew throughout his life and that is reflected in his performances and writings.”

Percussionist Jason Marsalis is the son of the late pianist and music educator Ellis Marsalis Jr. and his wife Dolores, and the youngest sibling of Wynton, Branford, and Delfeayo. Together, the four brothers and their patriarch Ellis Marsalis — who passed away April 1, 2020 — comprise New Orleans venerable first family of contemporary jazz. At age seven, Jason was sitting in as a drummer with his father’s group, as well as playing with his trombonist brother Delfeayo. Since then, he has gone on to perform with jazz luminaries Joe Henderson, Lionel Hampton and his orchestra and as part of the Marcus Roberts Trio. Jason, known as the archivist of family music and history, later expanded to vibraphone and has made acclaimed recordings for his father’s label, ELM, and Basin Street Records.

The Golden Hour series is underwritten by the New Orleans Jazz National Historical Park and produced in collaboration with Elephant Quilt Productions and American Routes at Tulane University’s School of Liberal Arts.

The broadcast comes on the heels of the release of Marsalis’s new album, Jason Marsalis Live, released digitally on April 17, and available nationwide in CD format on July 10.

The first live album in the phenom’s discography, Jason Marsalis Live was recorded in May of 2017 at the historic Little Gem Saloon during an evening of performances by various Basin Street Records artists.

The live set explores work from throughout Marsalis’s recording career with selections from Melody Reimagined: Book 1, In A World of Mallets, Music in Motion, and Year of the Drummer.