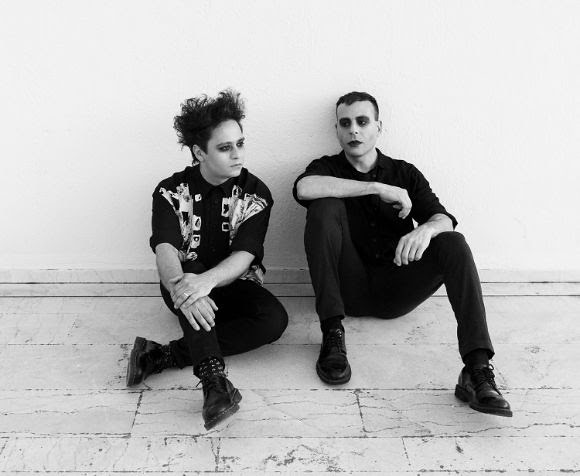 She Past Away (Photo courtesy Reybee Inc.)

Turkey-based post-punk band She Past Away summons classic post-punk sound into a goth-infused blast that has excited an entire genre. The band’s live show ruptures with sprawling ’80s post-punk energy and beckons the masses to join.

And join you can when She Past Away livestreams a show via Dice TV on Wednesday, June 17!

In 2019, She Past Away embarked on their first US tour after release of their highly anticipated American debut album, Disco Anksiyete, released on May 31, 2019, via Metropolis Records.

The video for the albums’ title track gives a trance-like glimpse into the bands smokey neon performance. Magnetic Magazine calls the track, “a modern take on the sound they’ve worked so hard to create and perfectly demonstrates how to evolve without losing your core.”

Watch the official music video for “Disco Anksiyete” by She Past Away on YouTube:

Forgoing the simplicity and traditionalism of standard issue dark rock and adopting a more avant-garde sort of sensibility, She Past Away channel their post-punk and early ’80s cold wave influences to concoct a new take on modern gloom coupled with an exotic Turkish twist. Lyrically singing in their native tongue, the band creates an otherworldly swirl of minor chords and midnight dance beats that is undeniably primal.

“The only language that you really ‘feel’ is your mother tongue,” bassist Doruk Öztürkcan said. “We believe that we definitely better express all the difficulties of the daily life in Turkish.”

She Past Away will donate $1 of every ticket to Amnesty International.