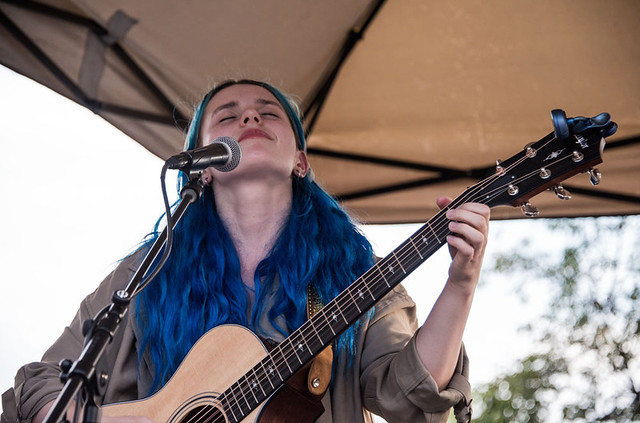 Normally, summer has been in full swing for weeks by this point each year. Concerts, festivals, parades, baseball, road trips and, of course, late evenings out with friends. But as we all know, this summer ain’t normal.

So when Jammin’ Java announced its “A Song & A Slice: A Socially Distanced Outdoor Concert Series” to celebrate the opening of Union Pie (Jammin’ Java’s new pizza shop), a glimmer of hope sprang up that maybe summer had actually returned. And that maybe things could feel a little more normal.

Recently, Elizabeth II turned in a 90-minute, stripped-down, acoustic set to kick off the series.

The meandering thunderstorms that had been threatening all day melted away on June 20, leaving a picture perfect, cool summer evening. By 6:30 pm, people had begun gathering in the venue’s sprawling parking lot (good for social distancing) for the 7pm set time. Pizza and beer began to fly out to the gathered crowd which steadily grew throughout the evening.

For those familiar with Elizabeth II’s rocking, raucous music, this was a decidedly subdued affair. The acoustic set featured original tunes, expertly rendered covers, and a whole lot of smiles, joking, and what one might call, chill summer vibes. Frontwoman Beth Cannon on lead guitar was accompanied by guitarist Julian Lofton and percussionist Joey Jenkins.

Opening with a cover of Radiohead’s “Creep,” Beth’s simultaneously raw and delicate vocals more than made up for the lack of the full band’s usual electric power. The Elizabeth II original “Dark Chops” continued in the same musical vein. The set’s third tune, Ben E. King’s “Stand By Me,” was a somewhat abrupt but logical turn, giving the evening an “on the boardwalk” atmosphere.

The concert’s lighthearted nature continued with “Rope Sting Angel,” when Beth announced that the blue cocktail she was drinking bore the song’s name and was invented by Jammin’ Java’s bar staff especially for her (and her free-flowing blue locks). 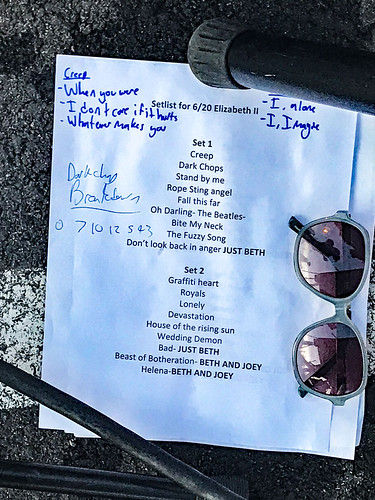 When Neil Young wrote, “live music is better (bumper stickers should be issued),” he probably had evenings like this in mind. First, there is the performance itself and the artists’ ability to handle and recover from flubbed chords, forgotten lyrics and all manner of unanticipated occurrences. But if live performance presents myriad opportunities for disaster, the prospect of reaching new musical heights, putting a new spin on a melody, or simply reinterpreting a song on acoustic guitar, is irresistible for adventurous musical artists.

When Beth tackled “Oh Darling” and “Don’t Look Back in Anger,” she revealed an ability to eschew her normal stage prowling and dizzying speed metal guitar licks and transfixed the crowd on the moment. On this cool summer evening such spontaneous moments are what live music is all about — community, shared experience, and truly living in the moment.

The second half of the concert opened with the new song, “Graffiti Heart,” then moved to Lorde’s “Royals,” and continued with the mixture of covers and originals. “House of the Rising Sun” was a blast from the past and contrasted with “Beast of Botheration,” a new song which Beth performed in front of an audience for the first time. The combination of diverse covers, along with the reimagined originals, convincingly showcased Elizabeth II’s multidimensional strengths. And for a little while, we relaxed, ate pizza, drank beer, listened to some tunes, and managed to forget the world outside our domain. In other words, it felt like a totally normal, eve of summer solstice show.

All Jammin’ Java’s Summerfest shows are free, though donations are suggested and appreciated. Each show will benefit a different cause chosen by the artist and a dollar from each beer sold will also go to those causes. 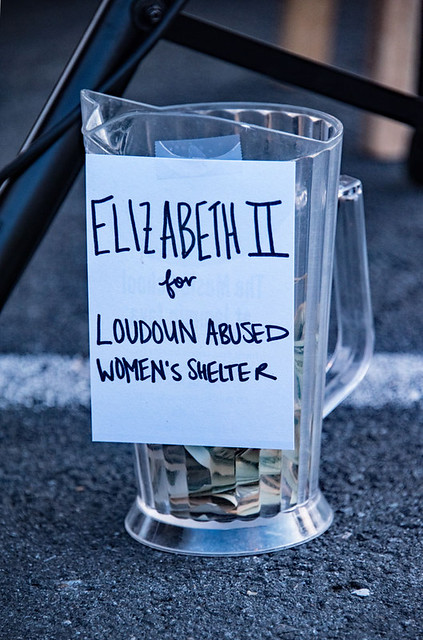 Here are some pictures of Elizabeth II performing at Jammin’ Java on June 20, 2020. All photos copyright and courtesy of Mark Caicedo. 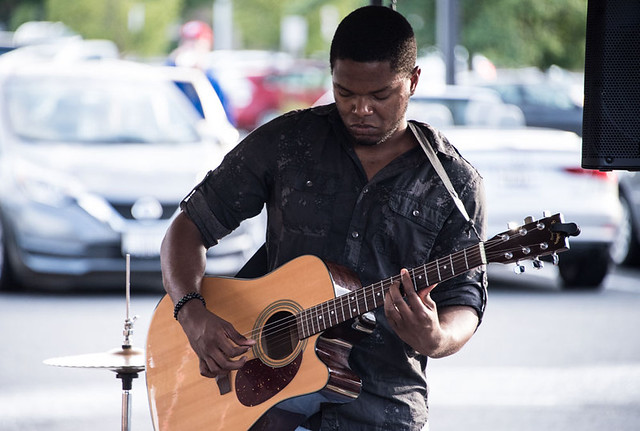 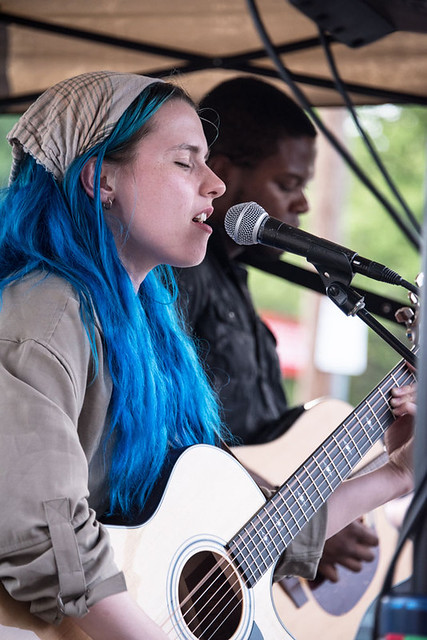 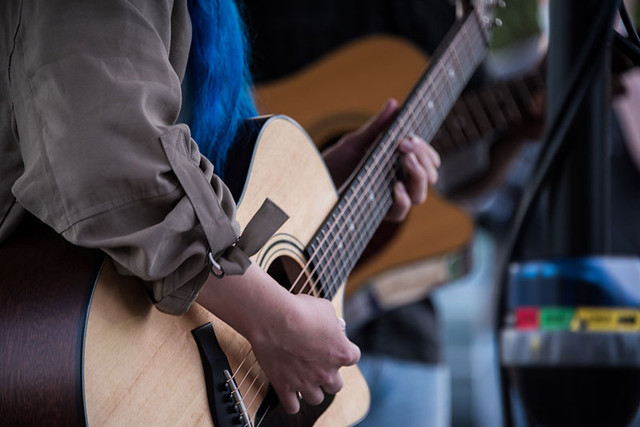 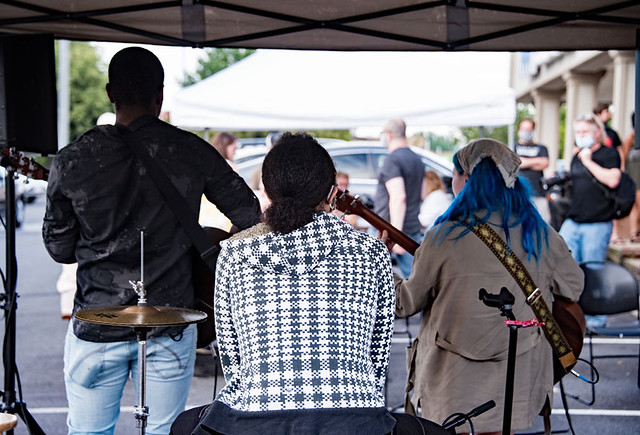 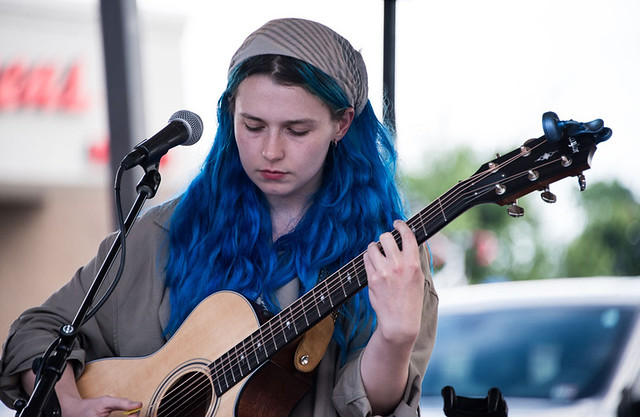 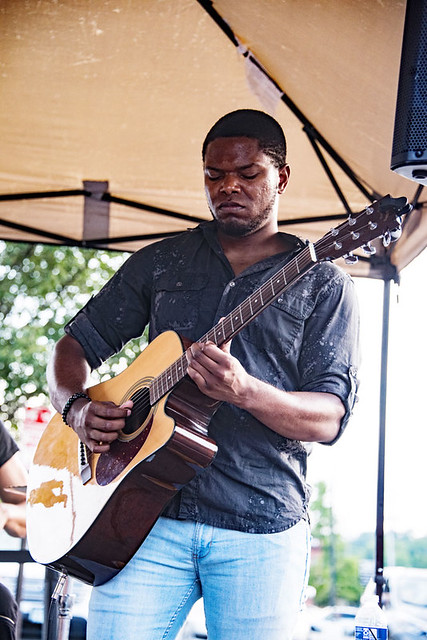 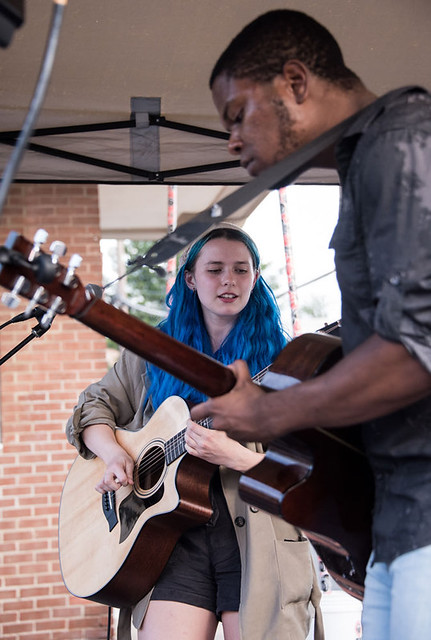 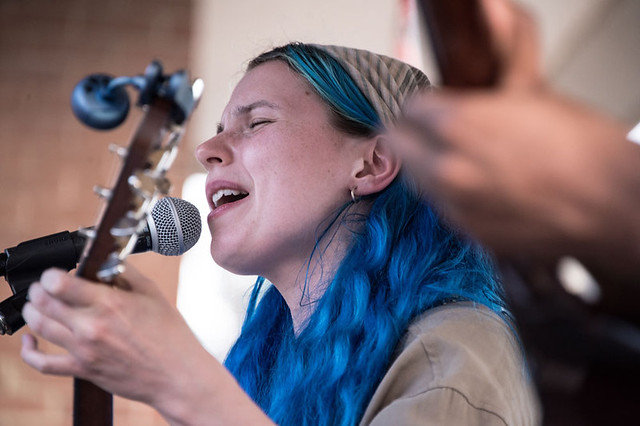 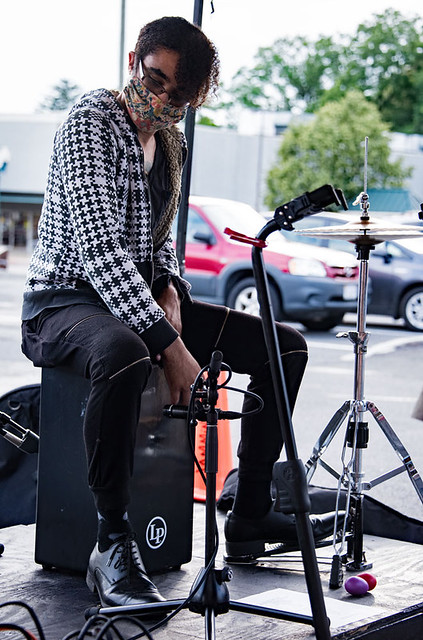 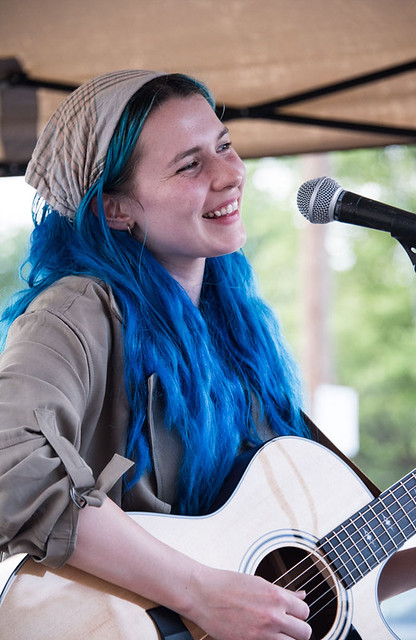 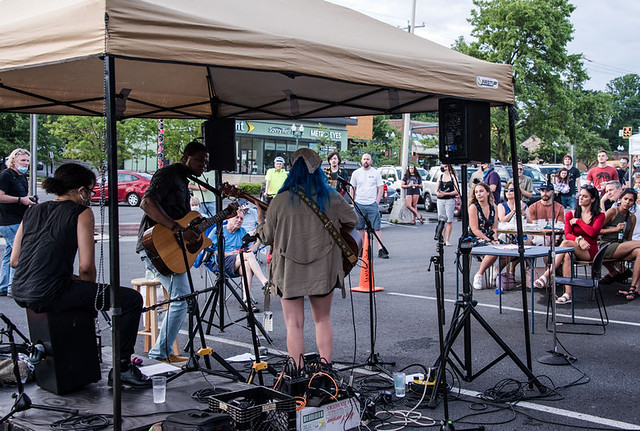 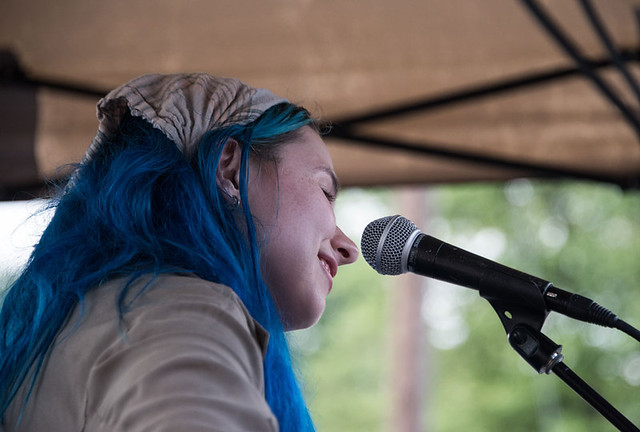 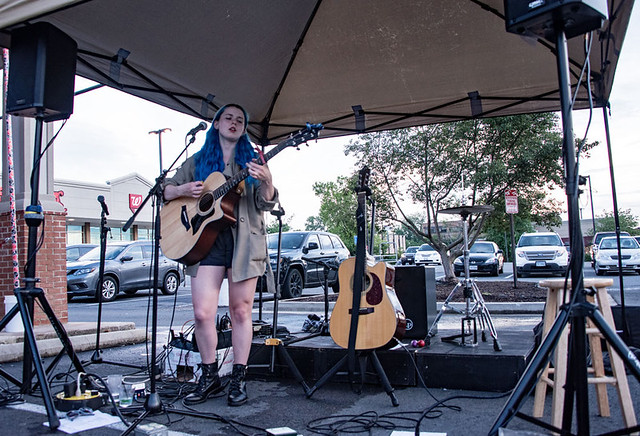 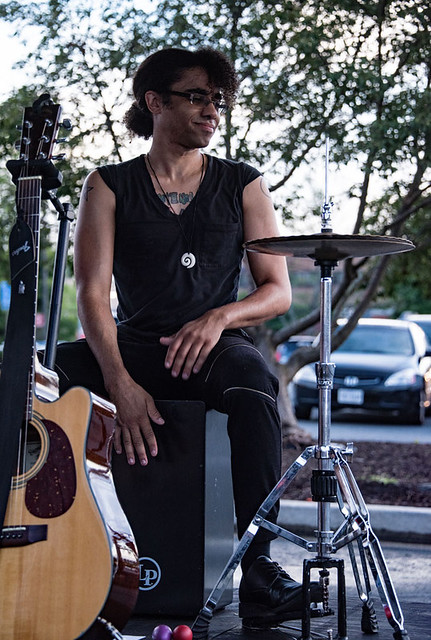 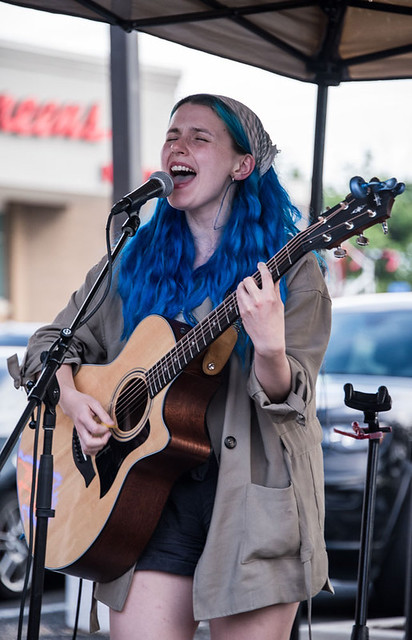 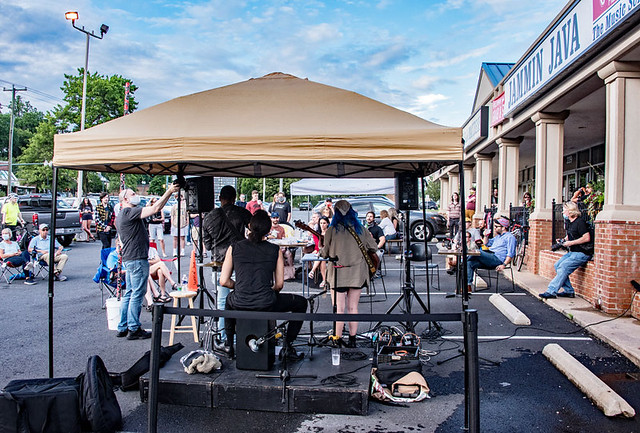