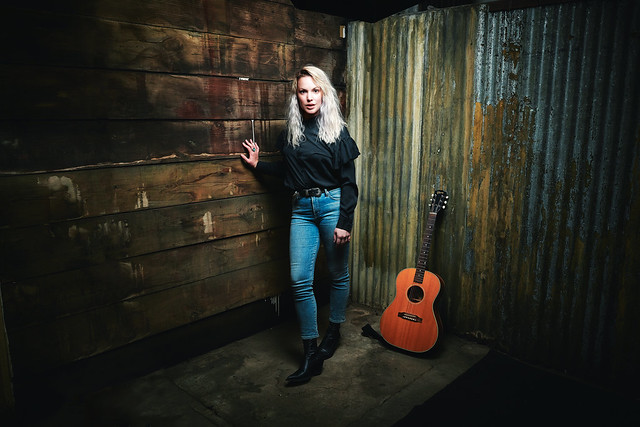 With the pandemic cancelling the popular outdoor concerts at Arlington’s Lubber Run Amphitheater, listeners are encouraged to recreate their own Lubber Run picnic experience and order take-out and beverages from local restaurants.

Lauren’s current single, “Better Angels” has taken on many new connotations and iterations since she wrote it after listening to a radio interview with Jon Meacham who cited Abraham Lincoln’s inaugural address as inspiration for his book, The Soul of America: The Battle For Our Better Angels.

“Meacham applied Lincoln’s message of ‘the better angels of our nature’ to the courage of the American people who dealt with the unprecedented crises of their era,’” Lauren said. “As I listened to this, immigrants were being contained, families were being separated, children were held in cages. Lincoln’s words still held a powerful resonance, and they gave me a deep hope that I hadn’t felt in years. ‘Better Angels’ was born from that surge of hope and optimism. It was a reminder that we would always rise to the occasion, no matter what.”

Other tracks on Wildfire like “On And On” with its Wilson Pickett style, was inspired by the documentary Muscle Shoals, and it is an anthem for anyone who has witnessed a loved one stuck in a vicious cycle. “Shock Time” gets its name from one of Woody Guthrie’s journal entries referencing the electroshock therapy he almost underwent. The song formed after Lauren read Naomi Klein’s book Shock Doctrine which highlights the social and environmental “shock” strategies of those in power to keep the rest of us scared and ignorant. In the song, Calve brings together Klein and Guthrie’s “shocks” in a fearful contemplation of misdeeds and the retribution for it. “She Loves Waterfalls,” the only ballad on the EP, is a beautiful song written after seeing a photo of her mother standing in front of a waterfall, happy, after finding love again.