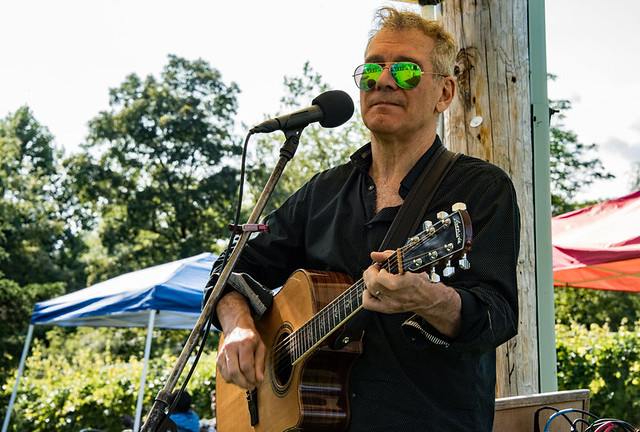 Live performances are returning to the DC metro area. The return to “normalcy,” though, has been achingly slow and many argue we are still nowhere near normal. But despite the continued shutdown of many of the region’s larger indoor music venues, the past few weeks have seen many local artists performing outdoor gigs at Jammin’ Java and the State Theatre. In addition, ever resourceful musicians have been performing sidewalk and porch shows, at drive-in concerts and even outdoor shopping malls. Of course, live streaming continues unabated, but as I’ve written before, watching a performance on the screen just doesn’t compare to being in the same room, in front of the players, enveloped by the music.

For many of our region’s working musicians, performing at area wineries has been a lifeline for maintaining an income stream and connecting with a live audience. On a perfect Sunday afternoon earlier this fall, I had the opportunity to reconnect with an old friend, fellow musician, and local singer-songwriter, David Goodrich. The Labor Day weekend promised to be a subdued affair, with many celebratory options cancelled because of COVID-related restrictions, but the allure of a socially distanced afternoon outdoors, sipping wine and noshing cheese and crackers, was simply too irresistible (not to mention the prospect of renewing an old friendship).

Dave and I took guitar lessons together in high school several (ahem) decades ago. The fact that I did learn how to play, “Stairway to Heaven” may qualify me as a “musician,” but what Dave has accomplished is far more impressive. Born in Washington, DC, Dave and his family eventually made it to Mexico City, where he and I took up the aforementioned lessons together. By that time, though, he was already drumming, playing piano and had even attempted the trumpet. Our paths eventually diverged, me to Florida, Colorado, Central America, California, and finally to Northern Virginia. Dave’s path led to Berkeley, San Francisco, Washington, DC, and today Fredericksburg, Virginia. But as life will sometimes do, paths that diverged can once again converge. And so it was a few weeks ago that our separate roads came together at Gray Ghost Vineyards.

His nearly three-hour set reflected the times we came of musical age: a couple of superb Police tunes, a ’60s do-wop medley, a few of his own lovely compositions, and a truly remarkable Tears for Fears cover “Everybody Wants to Rule the World.” Dave and his guitar kept the socially distanced, wine sipping audience wonderfully satiated on that fall afternoon. With his self-assured and easy-going stage presence, you wouldn’t necessarily know David’s long list of musical achievements.

His songs have been played on more than 100 television shows, he’s performed solo and with bands in Washington, DC’s top clubs: the 9:30 Club, the Roxy, DC Space, and the Bayou. In the San Francisco Bay Area he played venues like Berkeley Square, The Chi-Chi Club, and Mabuhay Gardens. His first album, A House Defiled (released on the BBTB label in 1988), was nominated for a Washington Area Music Award (WAMMIE) in the Best Debut Album category.

I’ve long held in awe people who get up onstage and sing songs for no other reason than it feels good, along with the hope that anyone listening will share in that pleasure, even if only an audience of one. These modern troubadours, though record deals and packed arenas may be their ultimate goal, are really not dissimilar to those medieval harpists who sang for their king’s pleasure. Dave Ackert, LA Times music critic once wrote, “Musicians and Singers are willing to give their entire lives to a moment – to that melody, that lyric, that chord, or that interpretation that will stir the audience’s soul. Singers and Musicians are beings who have tasted life’s nectar in that crystal moment when they poured out their creative spirit and touched another’s heart.”

See the official music video for “30 Days” by David Goodrich:

Musicians and audiences share the longing for that crystal moment — where performing and experiencing live music are merely two sides of the same coin, one that no virus can mask or defeat. So while the summer lingers and fall’s colorful spectacle begins to make its presence known, find time to enjoy your favorite, hard-working musicians in the great outdoors. Rosé season may have ended, but the Pinots and Cabs are sure to warm you on fall afternoons!

Dave will be back at Gray Ghost Vineyards this Saturday, Oct. 17 from 1-4pm. Stop by to enjoy good cheer, fall colors, and great tunes. As a reminder, please wear a mask and respect the distance of the people around you!

Here are some pictures of David Goodrich performing at Grey Ghost Vineyard on Sept. 6, 2020. All photos copyright and courtesy of Marc Caicedo. 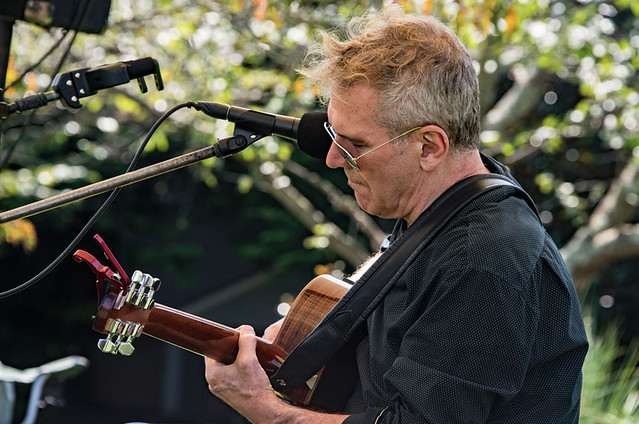 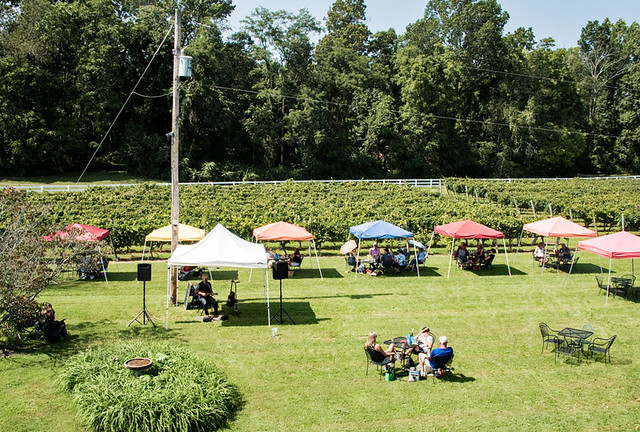 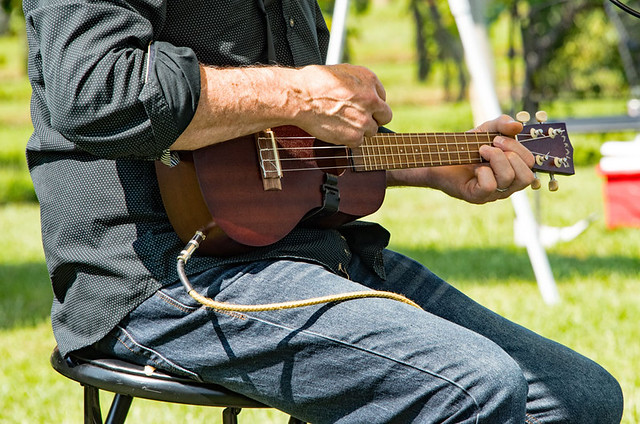 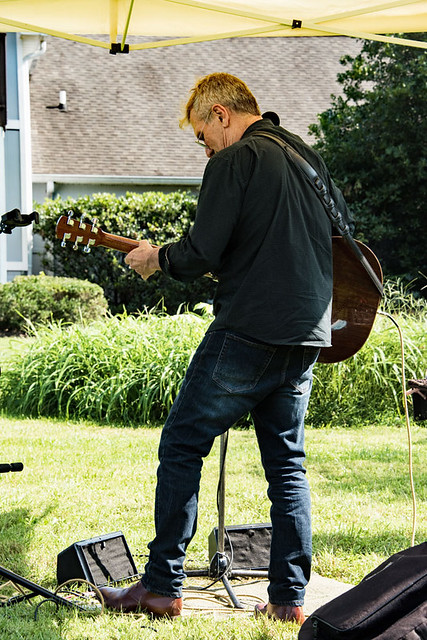 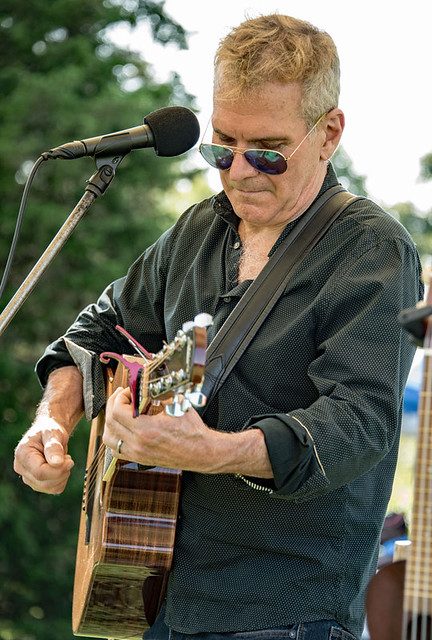 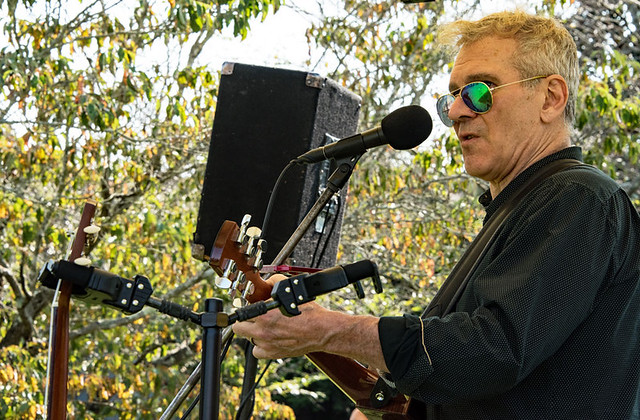 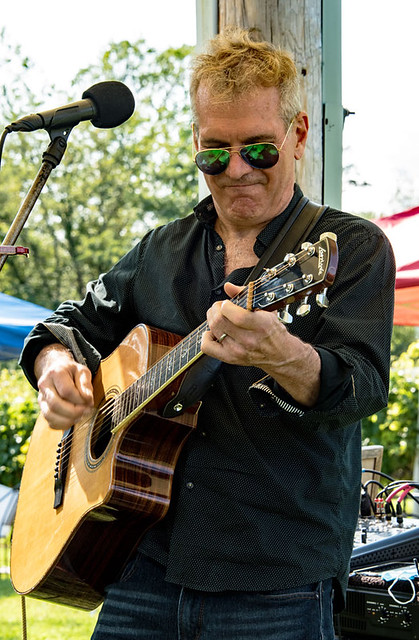 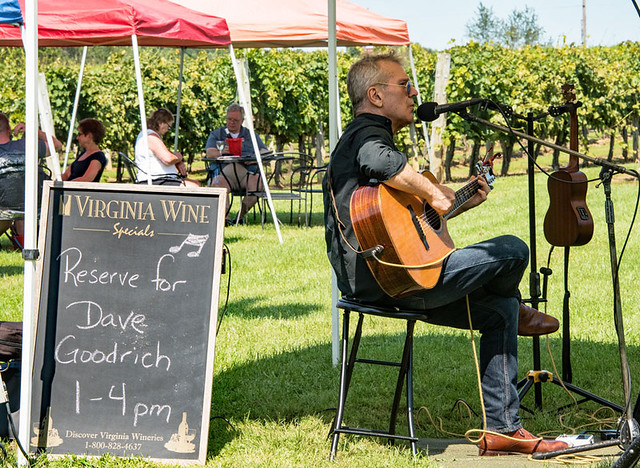 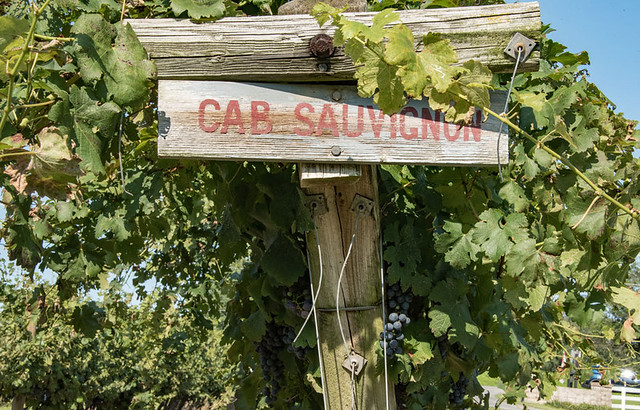 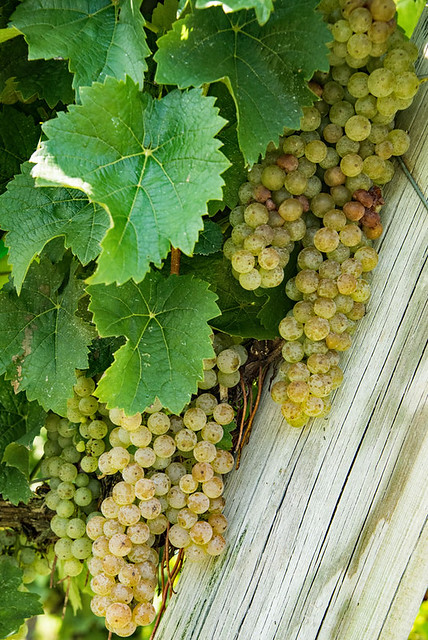 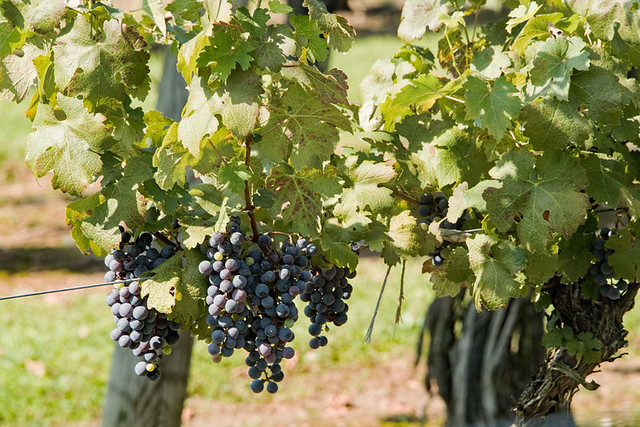 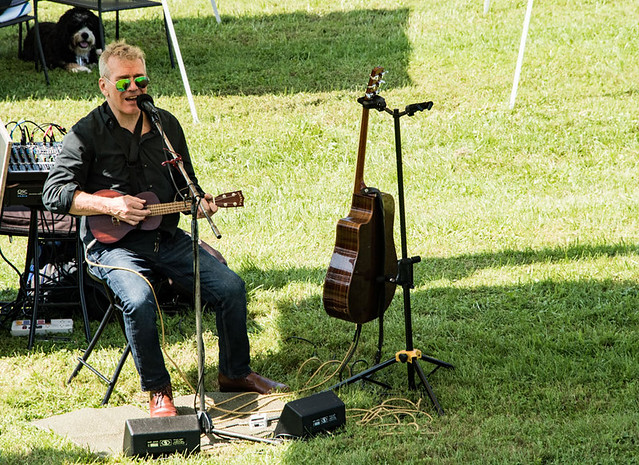