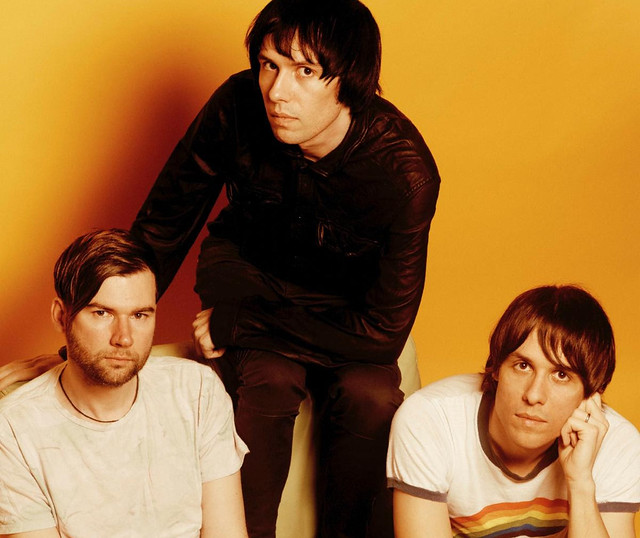 Talking about the track the band said: “We wrote this song with a very simple goal in mind — we wanted something very simple, dancey, and positive/ uplifting. We were talking about how a song like ‘The Locomotion’ is probably about as perfect a pop song as you can get — it’s so immediate and catchy, without any hang-ups or self consciousness. That’s what we were trying to do here — just be totally unabashed and heart on sleeve, no punk guilt, no baggage — just pure energy. Wakefield Motown, you might say…”

The video, once again co-directed by Andy Knowles and Nick Scott, who worked on previous track “Running Into You” and “I Don’t Know Who I Am,” was shot in the legendary Toe Rag Studios in Hackney, London, and features comedian John-Luke Roberts.

Talking about the video, Andy Knowles said: “It’s easy to continually work with The Cribs, as the songs always serve as such a great place of inspiration for video ideas. With this song’s references to love, loyalty and loneliness it was important to show a range of emotions, and we certainly got that from John-Luke Robert’s (Radio Host) performance.”

Watch the official music video for “Never Thought I’d Feel Again” by The Cribs on YouTube:

Having released their Steve Albini engineered album 24-7 Rock Star Shit, their fourth consecutive UK top 10 album, in August 2017 the multiple Q and NME Award winning band almost immediately parted company with their long time UK management and found themselves stuck in what Gary describes as a “legal morass,” unable to record or release new music, so touring wasn’t an option either. That meant 18 months of fallow — heartbreaking stuff for a band who’ve known nothing else in their adult lives. “At one point we were actually so disillusioned with what had happened, we didn’t even know if we wanted to get back into the band any more,” said Ryan.

Fast forward three years and Night Network is as fresh, cathartic and vital as anything they’ve ever put out. There’s no weariness, no bitterness, just a clear desire to get back to doing what they do best, that unique blend of bittersweet melody, brutal lyrical honesty and riffs for days.