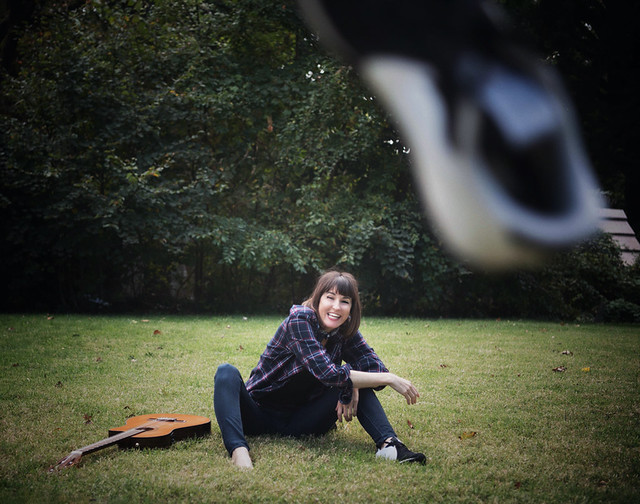 With zero expectations, Cat wrote “Maybe It’s All Right” in mid-2020, a song about having two completely different feelings at once. “It’s okay to have a good day in a pandemic. There’s heartache, joy and stasis in every day. On my worst day, I laugh about something.”

She recorded at home with her ’66 Fender P-Bass, a guitar with rotting strings, a microphone that’s not meant for singing, and a GarageBand drum track named “Kyle.” Jesse Malin loved the song, and encouraged her to release it on Velvet Elk, the label he co-founded with Don DiLego.

For the video, Cat and director Vivian Wang ran around Harlem, Astoria, Flushing, and the West Village, where they matched archival photos from all eras to their current locations, met every dog in New York City, and were invited into strangers’ homes. “There’s magic everywhere,” she added. “There are still 300 year-old buildings in this city; some beautiful old houses are gone. Some lingering details remain. It’s a great reminder that we never know what’s going to happen.”

Watch the official music video for “Maybe It’s All Right” by Cat Popper on YouTube:

At 19, Cat moved from Charlotte, NC, to New York City to play music.

“I once asked Bruce Springsteen where he was from,” she adds. “I knocked Dmitri Rostropovich and his cello over with a door. I got kicked out of Doc Watson’s dressing room after eating fried chicken with him in silence. I’m almost positive I played bass on a Fallout Boy track.”

One thought on “Song of the Day: “Maybe It’s All Right” by Cat Popper”