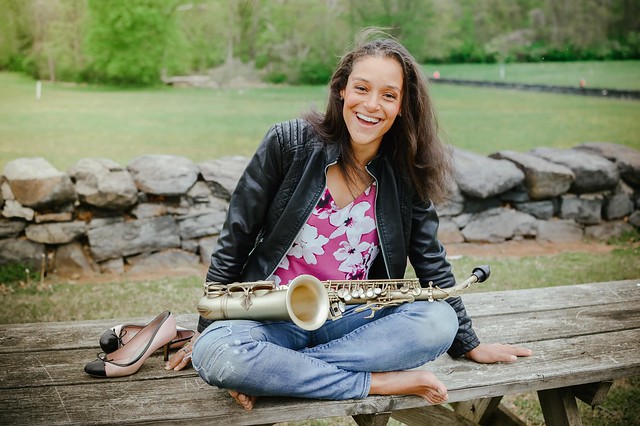 (Originally scheduled for Dec. 17, this concert has been postponed due to the DC mayor’s latest moratorium on live music.)

As a master musician and multi-instrumentalist, Vanessa Collier weaves funk, soul, rock, and blues into every powerful performance and she is downright impressive. With soulful vocals, searing saxophone, and witty songwriting, Vanessa is blazing a trail and racking up an impressive arsenal of honors, including two Blues Music Awards (BMA) for Horn Player of the Year (2019 and 2020) and multiple awards for her songwriting.

A 2013 graduate of the prestigious Berklee College of Music, Collier has toured nationally and internationally while released three critically- acclaimed albums (2014’s Heart, Soul & Saxophone; 2017’s Meeting My Shadow; and 2018’s Honey Up). Honey Up spent 9 weeks in the Top 15 Billboard Charts, three months on the Living Blues Report, and is currently spinning on Sirius XM in regular rotation. Vanessa released new album Heart On The Line this past August, 2020. It’s currently receiving rave reviews, with two noted publications already mentioning Heart… as their possible Album of the Year for 2020.

Stream “Leave Your Hat On” by Vanessa Collier on YouTube:

Said Glide Magazine, “Heart on the Line is Collier’s fourth album, and it makes clear why she has won the admiration not only of Joe Louis Walker, but also of Buddy Guy, who referred to her as ‘amazing.’ She tells a good story and plays with a good deal of energy, whether she’s playing soul or blues. On top of that, she adds vocals that are both strong and smooth. This is not only a showcase for excellent musicians, but also the soundtrack to a good time.”