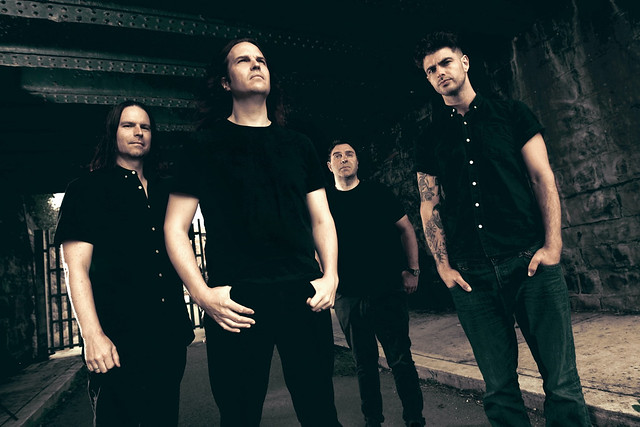 God Is An Astronaut (Photo by Brian Meade)

Reigning as one of the most well-known and highly critically acclaimed experimental instrumental groups out there with a respected musical legacy spanning nearly 20 years, Irish four-piece God Is An Astronaut will reach a career benchmark upon the release of their 10th studio album, Ghost Tapes #10 (out Feb. 12, 2021 via Napalm Records).

Along with an artful black and white music video (by Chariot Of Black Moth), the hypnotizing first offering “Burial” captivates with atmospheric yet melancholic, bewitching instrumental lines, and God Is An Astronaut’s full extent of power.

The seven-minute piece showcases the band’s unique ability to explore plaintive wistfulness and shuddering riffs, forming a perfect storm whilst also creating intense sonic-spheres that are second to none.

Watch the official music video for “Burial” by God Is an Astronaut on YouTube:

Ghost Tapes #10 is certainly the most ferocious God Is An Astronaut full-length to date — it still retains all the rich musical and emotive elements the band is known for by wheeling around luminance, but offering its harsh and deep reminiscences as well. Works of art like “Burial,” “In Flux,” and “Barren Trees,” with additional guitars by Jimmy Scanlan, amongst others are proof of these creations of sound. The album’s closer, the atmospheric “Luminous Waves,” captivates in a trance-like mindset — putting one deeply in touch with their inner self, drifting away to stirring tunes of guest cello virtuoso Jo Quail.

Visit God Is an Astronaut online for more music!