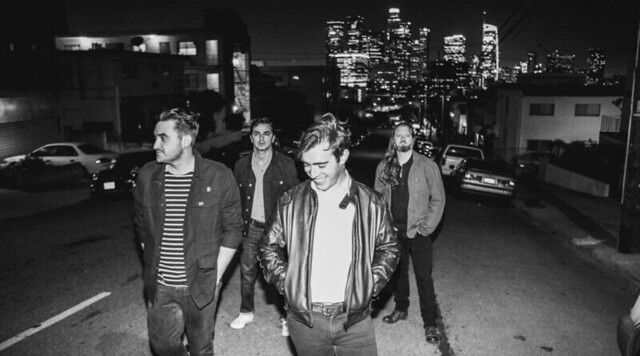 Los Angeles-based band Swerve’s new single, “Escape,” is available now on Bandcamp. The song is first track to be lifted from the band’s debut album due this spring. The offical video for the single, which was directed by Maddie Liner, is available on YouTube!

On the song, PopMatters said, “There are hints of Radiohead and Teenage Fanclub lurking in the wings. But Swerve are more than a collage of influences, landing on something that is unique to this time and this band.”

The band added, “‘Escape’ is both a ripping and dreamy song about leaving all the chaos and frustrations of life behind and heading off on an adventure with someone you love. While recording, we jokingly dubbed it ‘Anarchy In The Fields Forever’ because we used ‘Anarchy In The UK’ by The Sex Pistols and ‘Strawberry Fields Forever’ by The Beatles as our primary sonic references for the guitars and found the contrasts in those tones to really go well together.”

Watch the official music video for “Escape” by Swerve on YouTube:

Swerve is a Los Angeles rock band led by Gregory Mahdesian (vocals and guitar) and Ryan Berti (guitar and vocals), featuring Brandon Duncan (bass and vocals) and Mark Gardner (drums). Their music is gleefully inspired by nearly every era of rock history to create a unique sound that could only exist in the here and now. Taking their cues from punk, psychedelia, British Invasion guitar pop and modern indie, Swerve sits comfortably alongside contemporaries like Queens of the Stone Age, Ty Segall, and Car Seat Headrest as well as classic artists like Blur and Oasis. They craft songs that grab you fast with larger than life choruses filled with hooks that stay with you.