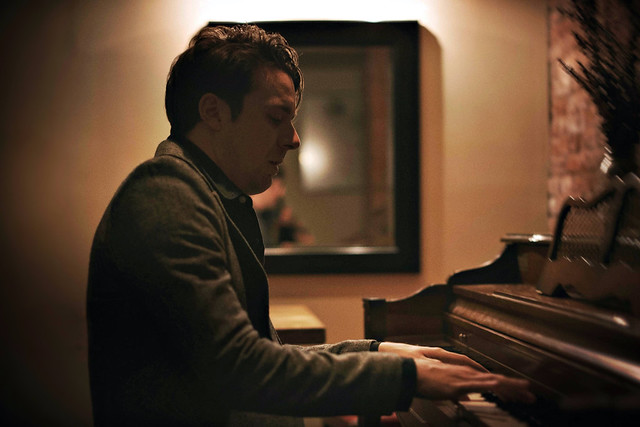 “I almost never play it, preferring the upright piano in my studio, but one night last year I sat down at its keyboard to kill some time,” Joe said. “Almost immediately the opening notes to “Crescent Bridge” came ringing out from Tom Thumb. It was almost as if my fingers themselves were writing the instrumental part without any help from my mind or my ear. Ten minutes later I had the song.”

What began as a process of collecting archived session files for a B-sides album morphed into an obsessive remix and became a full-on album process with entirely new songs slated for release March 19 via Nation of Heat Records.

“Once I had chosen the archived songs, I realized that there was a narrative running through all of them,” Joe said. “To complete that narrative, I had to write and record some new songs. But then once I had those new songs recorded, I had to improve the old ones. It was kind of like when you clean one room of your house and the only result is that it makes your other rooms look messier.”