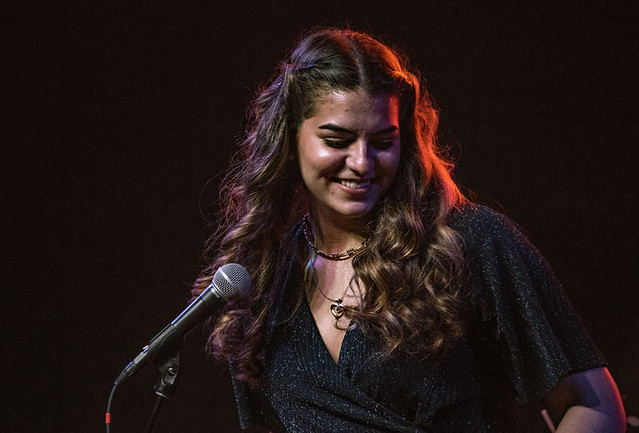 There is a unique joy to experiencing emerging musical artists. You can see their determination, feel their ambition, and hear the purity of their performance. Or as music critic David Ackert says, “[giving their] lives to a moment – to that melody, that lyric, that chord or that interpretation that will stir the audience’s soul. Singers and Musicians are beings who have tasted life’s nectar in that crystal moment when they poured out their creative spirit and touched another’s heart. In that instant, they were as close to magic, God, and perfection as anyone could ever be.” No matter the genre, or level of talent, new artists have an utter lack of cynicism, almost naivete, that embodies the drive and desire to be acknowledged and accepted on their own terms-an attitude that virtually guarantees a pure, energetic performance.

This past Sunday, an enthusiastic Pearl Street Warehouse crowd watched and heard Dominique Bianco exemplify that passion and determination. Backed by an equally talented quartet of local DC musicians, Dominique reminded us that training, hard work, overcoming setbacks, and “serving the song” are the ingredients of a successful artist.

Originally from New York’s Staten Island, Dominique’s move to Virginia in 2017 to attend George Mason University’s Music/Jazz Studies program was the latest step in a journey that began nearly a decade ago when she had already started singing, writing, and recording. On July 11, in her debut performance at Pearl Street Warehouse, Dominique owned the stage with a nearly 3-hour set of American standards expertly and lovingly delivered. She was joined by Connor Holdridge on guitars, Keith Butler on drums, Eliot Seppa on bass, and Elijah Jamal Balbed on saxophone.

Opening with “Dream a Little Dream of Me,” a song that’s been recorded by everyone from Ella Fitzgerald to Louis Armstrong to Doris Day and Mama Cass Elliot, Dominique confidently showed off her vocal range and scat singing abilities. During the introduction to “Haven’t We Met,” (a Mel Torme cover), a song she’d discovered on Spotify, she admitted that she hoped to do it justice. To this listener, Dominique’s vocal style and delivery is well suited to her choice of material.

In fact, as Dominique and I chatted during a break she mentioned how the first set had been “kinda’ rough,” though I doubt a single audience member would characterize it that way. Therein lies the beauty of live music, though. Despite the bum notes, missed cues, broken strings, and myriad technical difficulties that can and do occur, a musician’s ability to overcome those setbacks and still deliver makes a live performance all the more compelling.

As the evening progressed, one could detect a growing confidence onstage. As Dominique’s vocals opened up with growing confidence, taking its cue from her the band swung a little harder with each song. A three-set show can challenge even the most experienced vocalist. But by the second set, Dominique and her band had found a groove into which they comfortably settled. Dominique’s easy onstage demeanor translated into a humility and generosity toward the band, encouraging multiple solos and stepping offstage during a lively instrumental. Most impressive were the two songs by Brazilian master Antônio Carlos Jobim that she sang in Portuguese. Dominique’s ability to cover jazz, R&B, blues, bossa nova, and pop (though “Ebony and Ivory” was dropped) made for a lively and entertaining evening.

An Emily King cover, “Distance,” was the evening’s final number. As Dominique noted on her Facebook page, this was a song she’d been wanting to perform for over a year. As her voice soared with passion and abandon, the lucky crowd at PSW was reminded that in the years ahead we can expect many more “crystal moment” performances from Ms. Bianco.

Dominique’s live performance schedule can be found on website.

With Covid restrictions lifted in the District of Columbia, Pearl Street Warehouse continues to offer a broad live music palette, including jazz, soul and funk, R&B, Americana, and good ol’ rock and roll to music lovers throughout the DC region.

Here are some pictures of Dominique Bianco at Pearl Street Warehouse on July 11, 2021. All photos copyright and courtesy of Mark Caicedo. 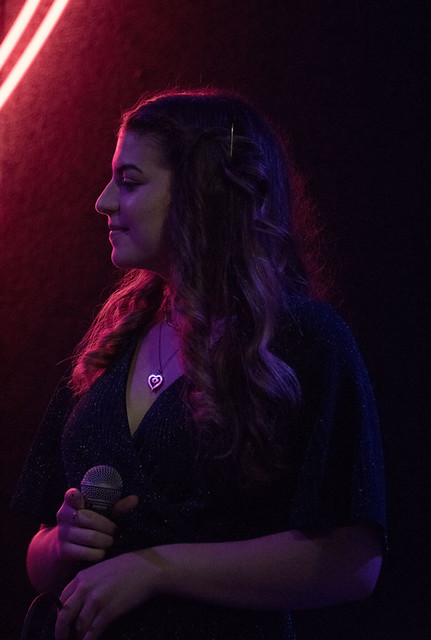 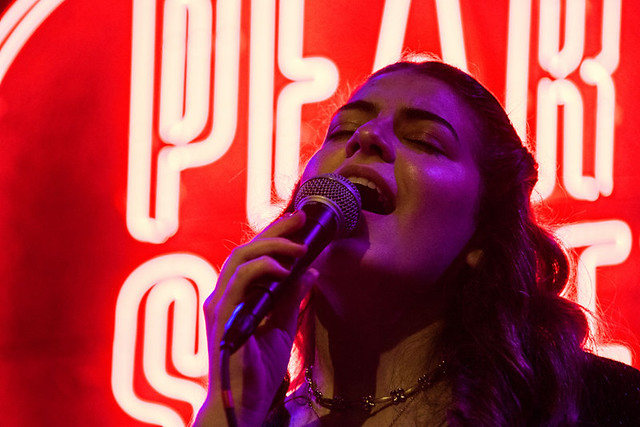 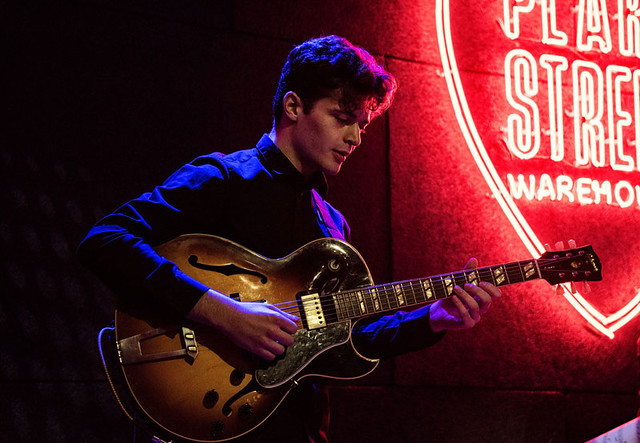 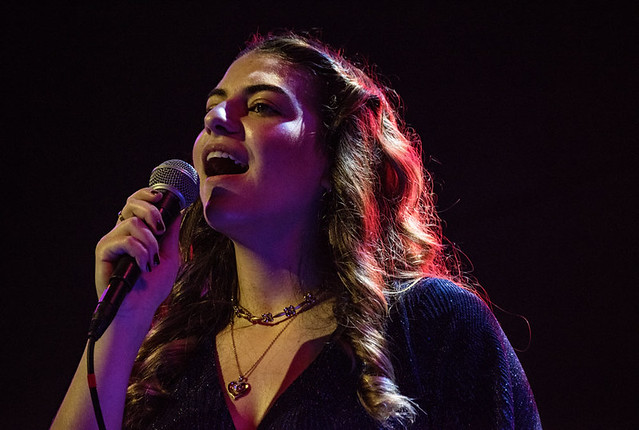 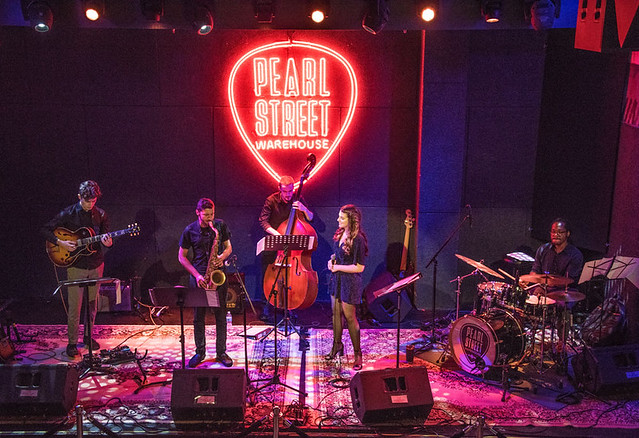 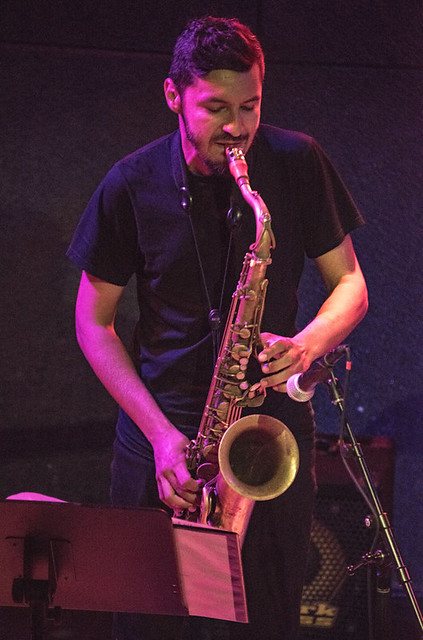 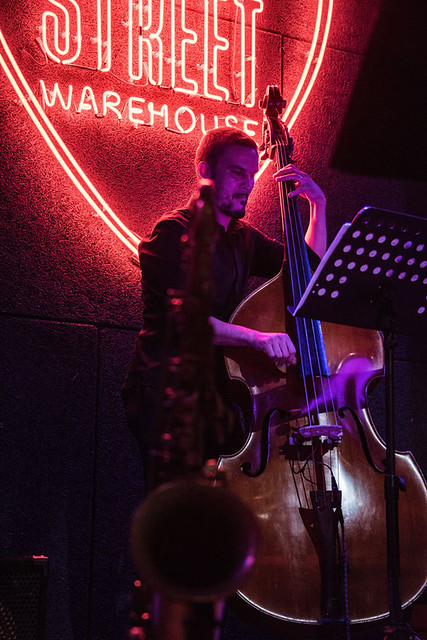 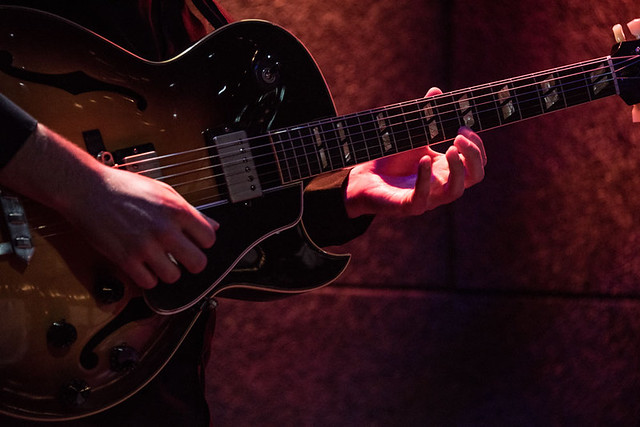 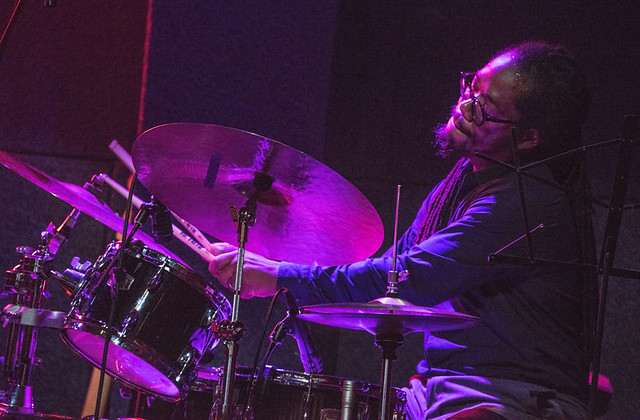 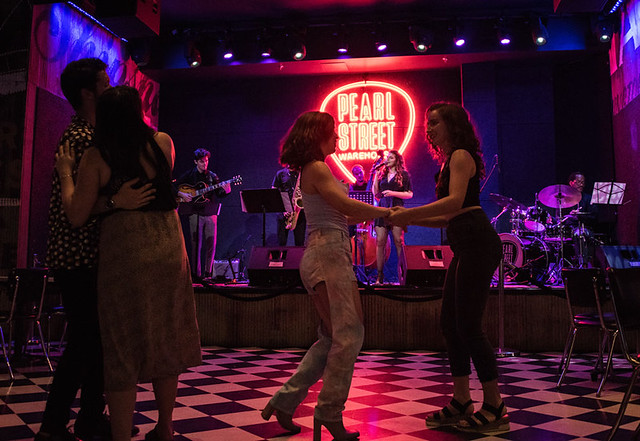 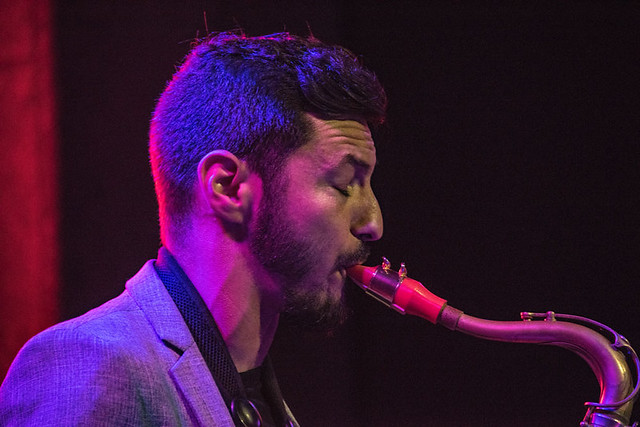 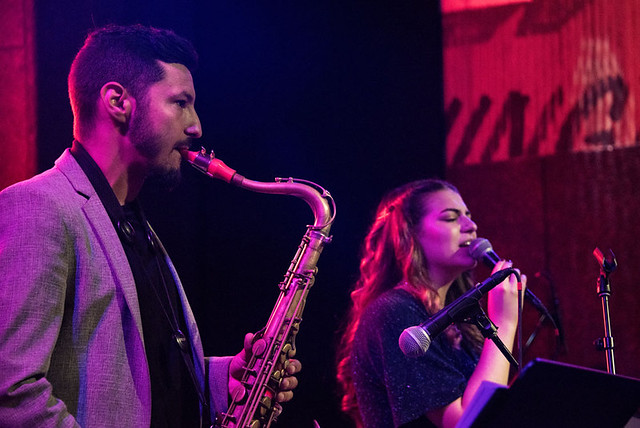 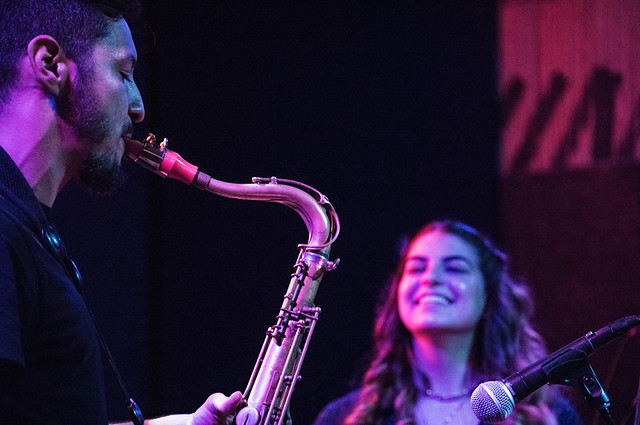 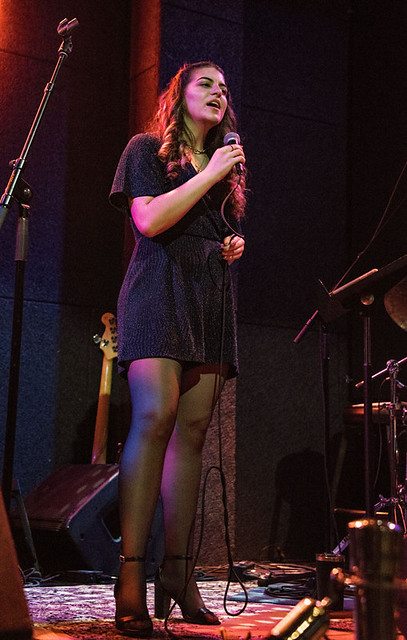 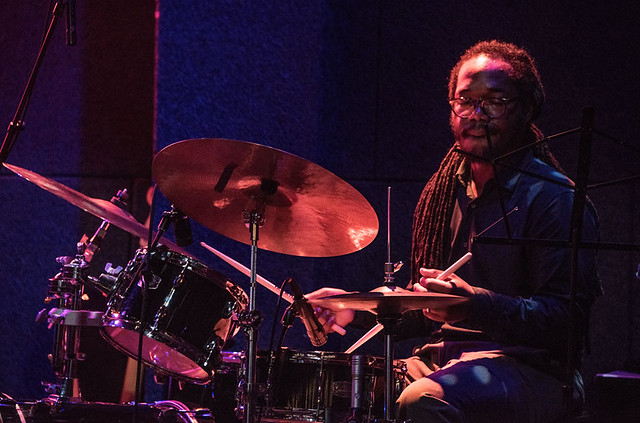 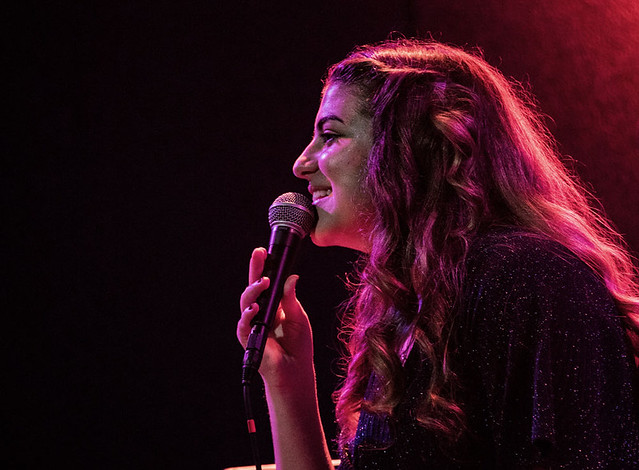 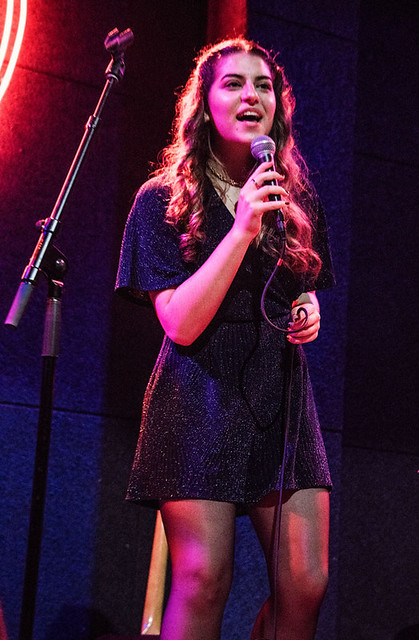 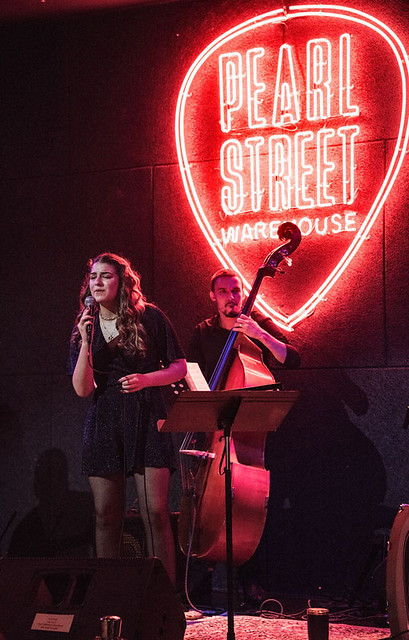 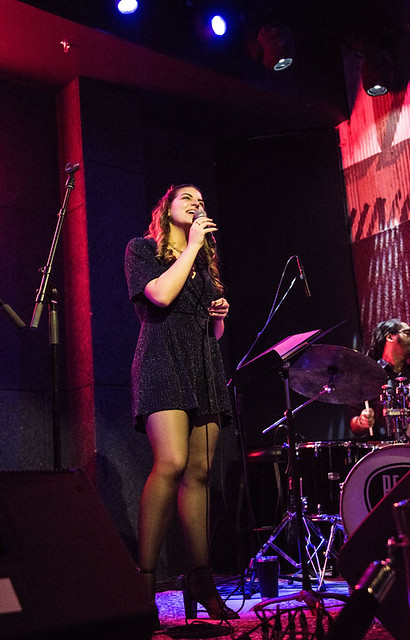