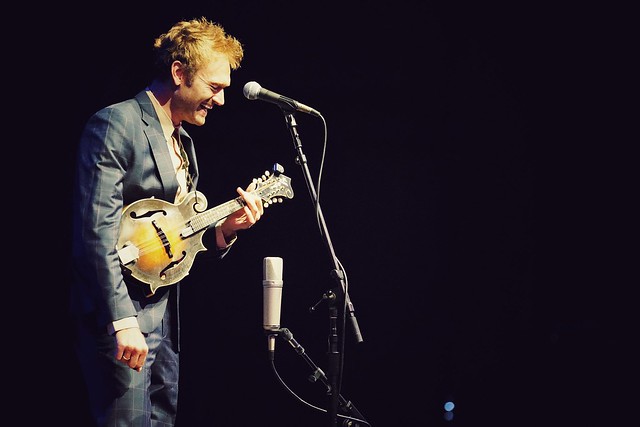 Chris Thile loves playing at Wolf Trap. On Saturday evening, he called it “the best outdoor ampitheater in the world.” Over the years, Chris has played Wolf Trap with his main band, the Punch Brothers, and as the host of the (tragically) canceled NPR variety show Live From Here.

A mandolin virtuoso, Thile first emerged on the the music scene as a member of the bluegrass trio Nickel Creek with siblings Sean and Sara Watkins, who won a Grammy for their 2002 album, This Side. During Saturday’s show, Chris performed “Rest of My Life,” from Nickel Creek’s 2014 reunion album, A Dotted Line.

Earlier this year, Chris released his first true solo album, Laysongs, which he described as “a gospel album for agnostics.” The centerpiece of the album is the three-movement “Salt in the Wounds of the Earth,” based on CS Lewis’s novel, The Screwtape Letters. That novel, Chris explained, is presented as the correspondence between two junior demons about best practices for the corruption of mortal souls. He originally read the book in his youth, which he described as a “very Evangelical Christian environment,” but returned to it more recently with fresh eyes during a transatlantic flight. In the piece, each movement is the voice of a different demon in the conversation, and the mandolin represents his own voice.

Laysongs is an eclectic album. Another piece on the record is called “Dionysus,” and it is a celebration of wine. Until he was 19, Thile said, he’d never tasted alcohol; he’d been raised to think of it as “The Devil’s sweat.” When he was touring in France, a promoter kept a steak frite restaurant open for his band, and the sommelier had selected a bottle of wine to accompany the meal. At first, Thile told their waiter, “No thanks, I’ll have a Coke,” which he added, “is actually way worse for you, given everything we know about sugar.” The waiter, Thile continued, looked at him with such pity that it broke his resistance. “I was able to resist all the pressure for my peers,” Chris said, “but I could not withstand that man’s pity.”

After “Dionysus,” Chris asked for requests from the audience. Amid the cacophony that resulted, he was able to make out “Green and Gray” and “Julip.” He let the audience vote on which it preferred, and “Julip” won.

Thile’s playing is unusual for embracing both popular and classical music. He’s released an album of Bach Sonatas, and he’s played on the two Goat Rodeo albums (The Goat Rodeo Sessions and Not Our First Goat Rodeo) with cellist Yo-Yo Ma, bassist Edgar Meyer, and fiddler Stuart Duncan, the former of which won a Grammy for Best Folk Album. Thile’s sets often include instrumentals; Saturday’s set opened with one, and it also included a composition by the classical composer Bela Bartok. Thile explained, “Don’t let the fact that it doesn’t have words convince you it’s not completely hellish.”

The set also included a few contemporary singer-songwriters. On Laysongs, Chris covers folksinger Buffy Sainte-Marie’s musical adaptation of Leonard Cohen’s poem “God Is Alive, Magic Is Afoot.” As he described it, Buffy had improvised the musical accompaniment, and he had further improvised and elaborated on top of that. Chris also covered Bob Dylan’s “Don’t Think Twice, It’s Alright,” and he closed the main set with Gillian Welch’s “Hard Times Ain’t Gonna Rule My Mind.” For his encore, Thile finished the evening with a cover of female bluegrass pioneer Hazel Dickens’s “Let Me Come Sing For You.”

Of course, the highlight of the evening was Thile’s mandolin playing, which is totally unique and distinctive, a true blend of diverse styles and influences. But Thile has also matured into a fine songwriter, and his witty rapporteur entertained the crowd.

Here are some photos of Chris Thile performing at Wolf Trap on July 24, 2021. All photos copyright and courtesy of Casey Vock. 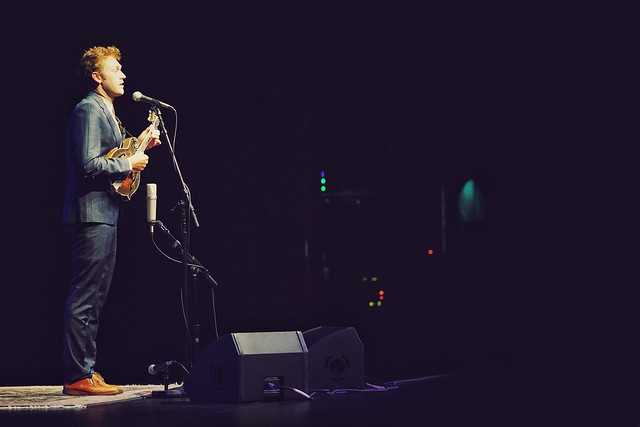 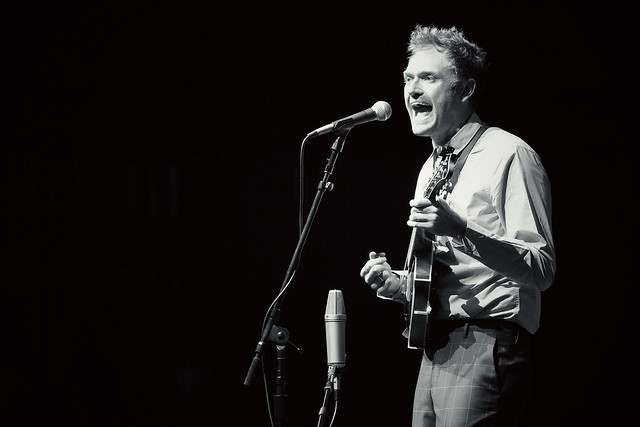 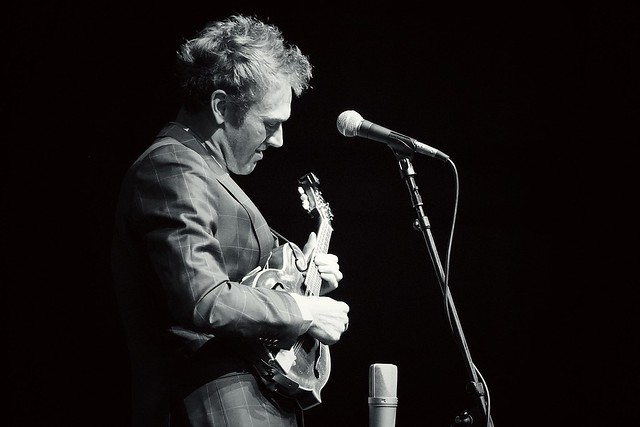 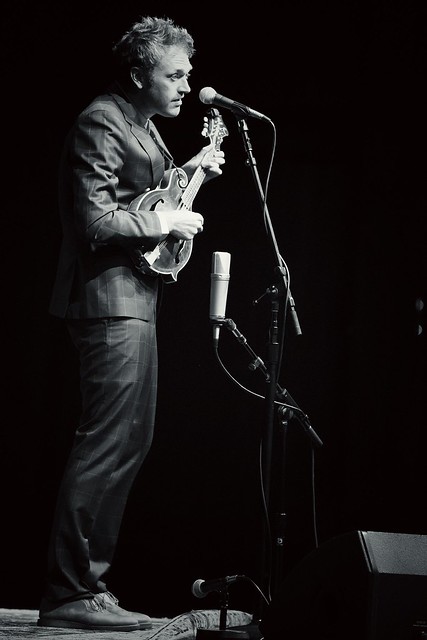 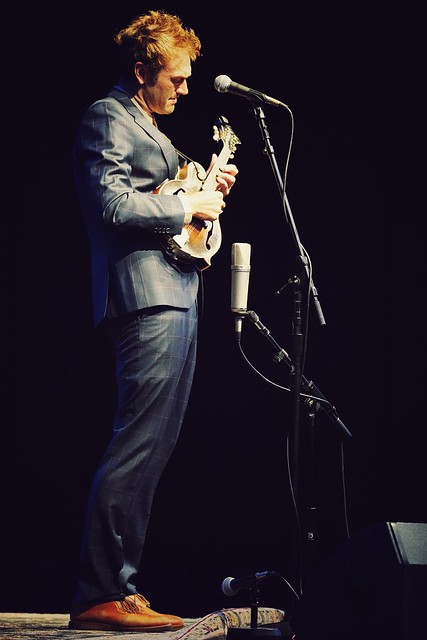 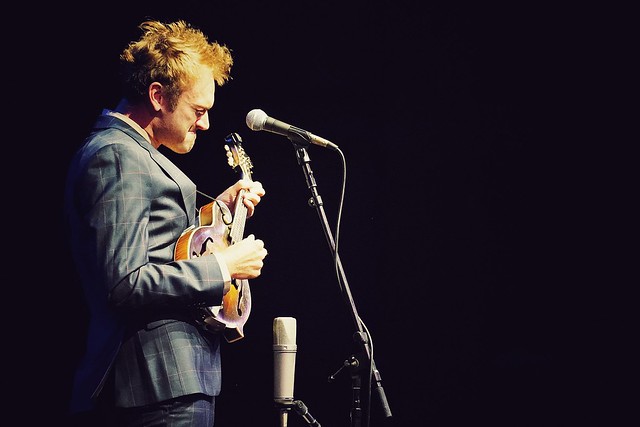 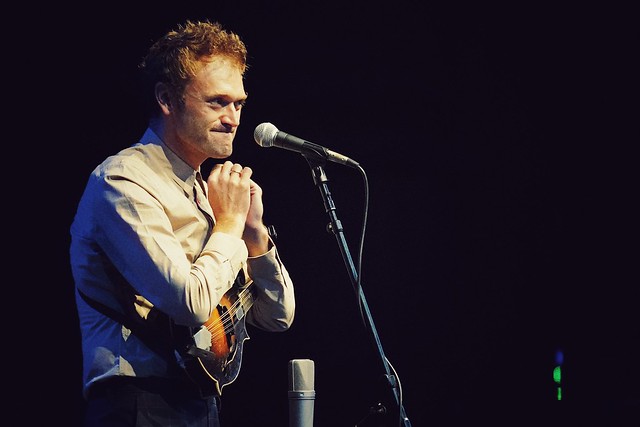 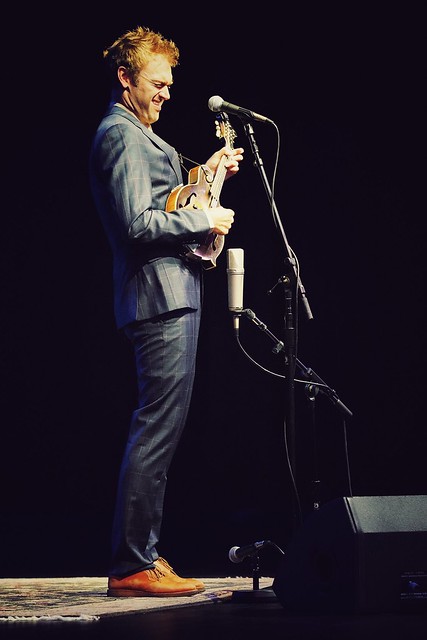 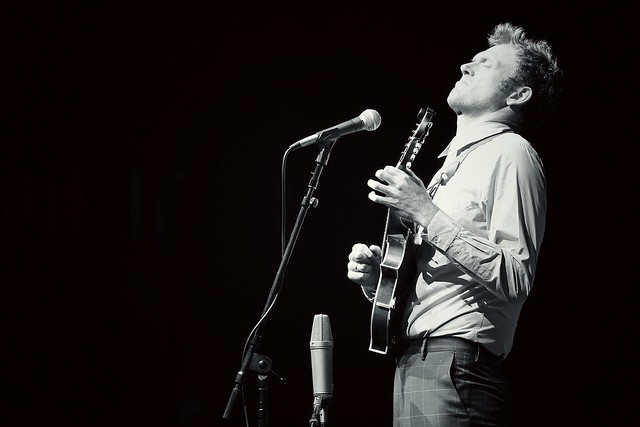 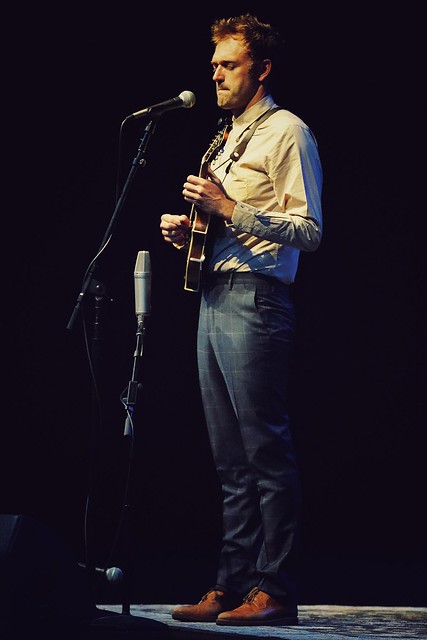 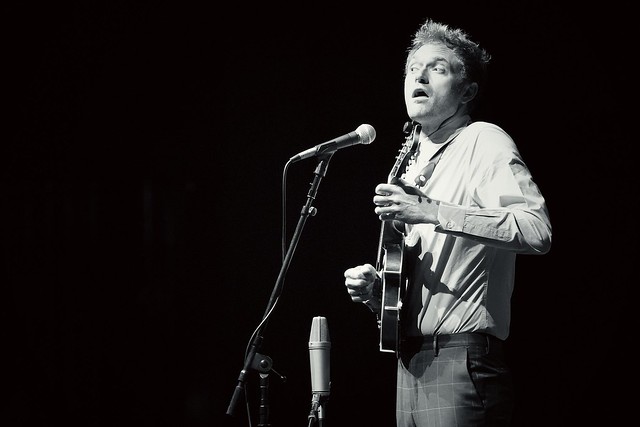 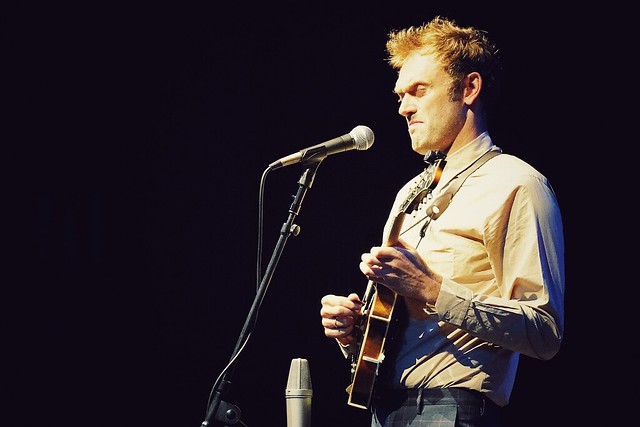 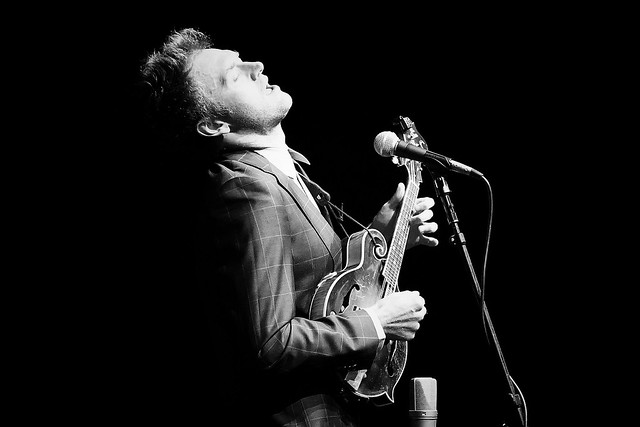