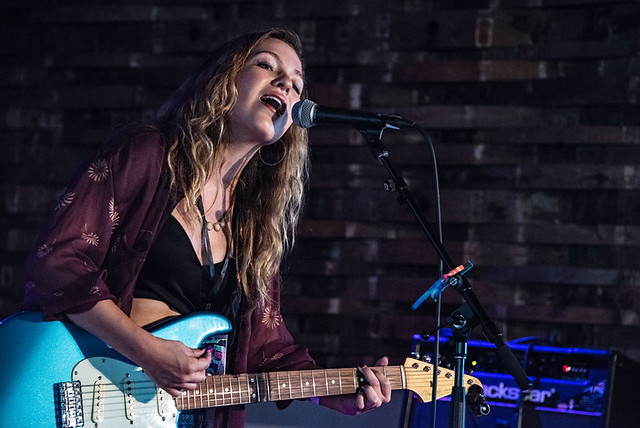 This Sunday, Aug. 15, DC native Hayley Fahey’s return to Pearl Street Warehouse promises to be a celebration in all respects: a return to her old stomping grounds, the joy of live, in-person music, and most significantly, the release of Hayley’s new EP.

At the beginning of 2020, Hayley moved from Rockville, Maryland, to Los Angeles, California, to take her songwriting to the next level. A month later, the world shut down. During the months of lockdown in LA, she reflected and wrote new songs — several of which she’ll play at Sunday’s show. Mandates in LA had prohibited any live music and after waiting for a year for its return, she decided to drive east with a car packed full of instruments. Hayley is now located in Nashville, Tennessee, where she has been writing and performing.

Hear the official audio of Hayley Fahey’s new single “Melting” from her new EP on YouTube:

“This show is close to my heart, returning to the place I was born and grew up, first played shows, and called my home for over 20 years,” Hayley said.

Hayley will be joined onstage by a full band of top-notch musicians to bring her new music to life. She is honored to have special guest, Luke James Shaffer, a singer-songwriter, known for his alternative Americana-folk-pop-soul style, and his band, who will kick off the night.