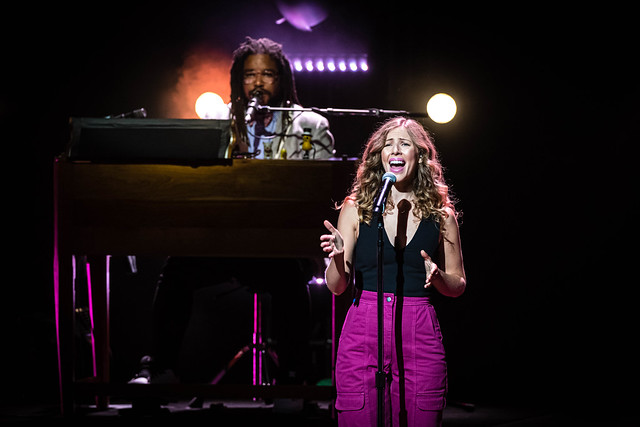 There was a lot of soul in the air when Lake Street Dive and Valerie June took the stage at Wolf Trap last week.

This was my third seeing time VJ, who opened the show, but it was my chance to see her perform with a full band, which was a real treat. A native of Appalachia, she combines elements of that high lonesome folk sound with aspects of blues and R&B. Since I’ve last seen her, she also released a new album, this year’s The Moon and the Stars: Prescriptions for Dreamers, to extremely strong reviews.

Valerie is a unique performer, with an unusual and beguiling nasal quality to her voice. She’s also a published poet (her first collection, Maps for the Modern World, was released earlier this year), and she mentioned one of her favorites, Robert Frost, when she introduced “Two Roads.” “We’re always facing a choice between two roads,” she said, “and I encourage you to choose the high road.”

Watch a visualizer video for “Two Roads” by Valerie June on YouTube:

There’s a sense of magic and wonder, rooted in a reverence for the natural world, that Valerie brings to her songs and performances. After opening her set with “Stay,” she talked about looking for four-leaf clovers, and how, in getting through life, you have to be able to “slip-side” through the difficult patches. She said that was the secret to the long lives of her great-grandmother, who lived until the age of 102, and of her grandmother, who just turned 96. Valerie’s attunement to the natural world was also apparent in “Why The Bright Stars Glow.”

“When we come to earth,” she told the audience, “we all have a color of light to share with the planet. We remember that as a kid, but we get older and people say, ‘we don’t need your shade.’ But there’s infinitely many shades, and you’ve got to shine.” This was a prelude to the mystical tune “Astral Plane.” 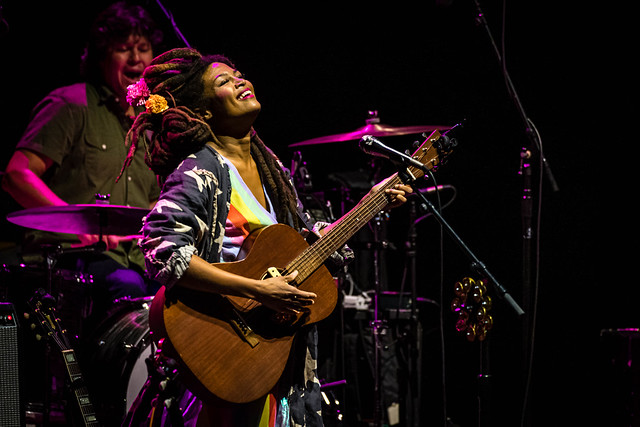 In her music, Valerie balances the burdens of the world with an unflagging optimism. “Smile” highlighted the latter half of the that, while “Workin’ Woman Blues” highlighted the former. She dedicated “Call Me A Fool” to “anyone who’s ever been called a fool,” and closed the set on banjo with “Got Soul,” as her band played her off.

Since they last toured before the pandemic, Lake Street Dive has undergone developments, too. Founding member  Mike “McDuck” Olson departed the band to spend more time with his family, and James Cornelison was brought in on guitar. Vocalist and frontwoman Rachael Price acknowledged the change between opening number “Bad Self Portraits” and “Hypotheticals,” which was a single off the new album, Obviously, that the band released earlier this year to wide praise.

Formed in the 2000s by students at the New England Conservatory of Music, LSD includes, in addition to Price, founding members Bridget Kearney and Mike Calabrese on bass and drums. The latest permanent addition to the band, keyboardist Akie Bermiss, joined a few years back. They operate as something of a creative collective, sharing songwriting duties. For example, Rachel and Bridget cowrote “Nobody’s Stopping You,” and Bridget was the sole writer on “Neighbor Song.” A humorous sendup of urban living, it was written about Brooklyn, where the band is based, but could be about apartment living in any major city; the song begins with a complaint about the sound of the neighbors making love. Akie got to take over lead vocals on his composition “Alone Again” right after that.

Speaking of Akie, he mentioned attending a virtual Star Trek convention, and I want to take a moment to extend an invitation. If you’re not on tour between December 15 and 19, you (and all my other sci-fi nerds) should think about attending the World Science Fiction Convention, or WorldCon, here in DC (which also goes by DisCon III); there’s virtual programming as well as the in-person event. Now back to your regularly scheduled concert blog!

Though they were initially formed as a “free country” band — that is, with the intent to play country music in avant-garde styles — they shifted early on to a mix of retro-soul and pop. Their particular musical mix has also seen them appear on folk charts, but they’re equally versed in jazz and hip-hop influences. You can spot one aspect of that original country orientation in their live show, when they gather around a single mic, playing acoustically and singing tight harmonies, which they did for “Stop Your Crying” and “Feels Like The Last Time.”

Watch Lake Street Dive perform “Stop Your Crying” for Lounge Around Sounds via the 2020 quarantine lockdown via YouTube:

After “Hush Money,” Price segued into “Mistakes,” explaining that they “had a lot of time over the past 15 months to ponder, and [they] remembered a lot of mistakes.” With so much time off the road, there’s some inevitable rust on the band, and she admitted they make some mistakes in their performances. (For the record, whatever mistakes they made, I wasn’t sharp enough to notice them, but musicians at this level are typically able to notice things the audience can’t.) The key, she said, is staying calm and not drawing attention to them and not letting the fear of mistakes hijack your performance.

LSD opened with “Know That I Know,” and their set also included “Baby, Don’t Leave Me Alone With My Thoughts,” “Just Ask,” “Same Old News,” “Lackluster Lover,” “Anymore,” “Seventeen,” and “You Go Down Smooth.” “Making Do,” Katie said, “is about the stress we carry around about our planet.” Toward the end of the set, the audience sang along with “Red Light Kisses.” As the set closed a few tunes later with “Good Kisser,” they were back on their feet.

The audience remained standing as they cheered LSD back for an encore, which consisted of “Sarah” and a cover of The Beatles’ “Don’t Let Me Down.”

Both acts sounded fantastic, and the combination made for an interesting and eclectic evening. It’s hard to classify the music at Wolf Trap Thursday night, other than to say it was good music. It was eclectic and moving, enhanced by a perfect, cool early fall evening at one of the area’s most beautiful venues.

Here are some photos of Lake Street Dive performing at Wolf Trap on Sept. 9, 2021. All photos copyright and courtesy of Ari Strauss. 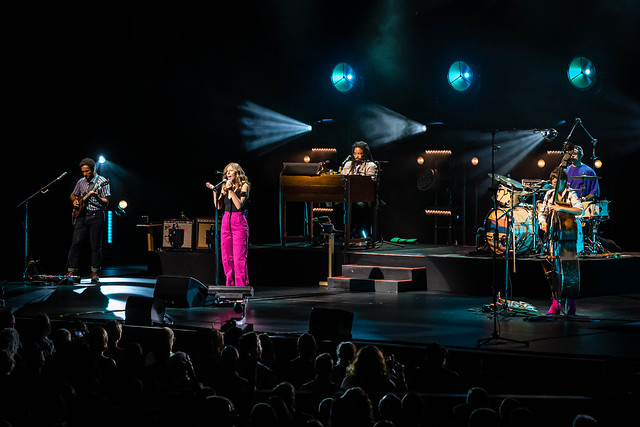 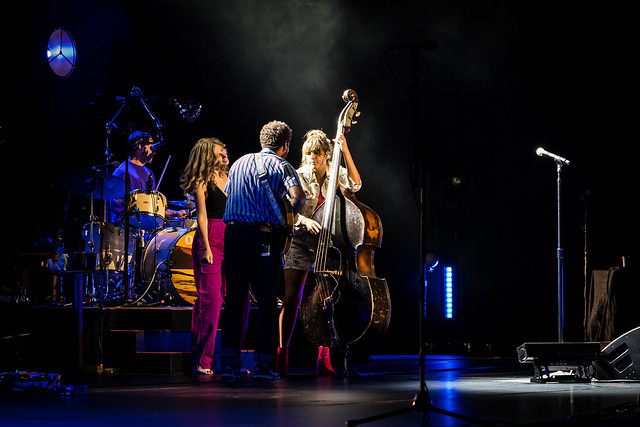 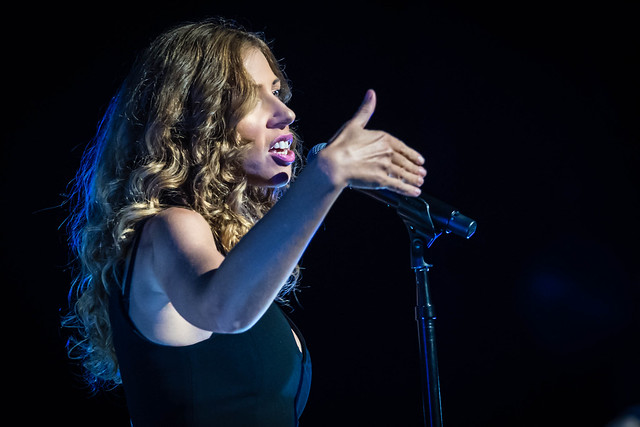 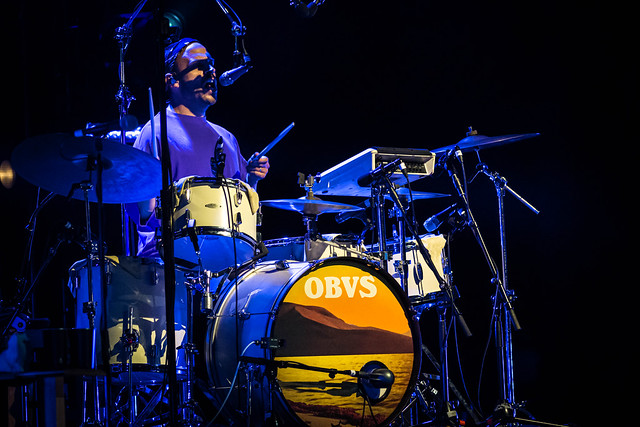 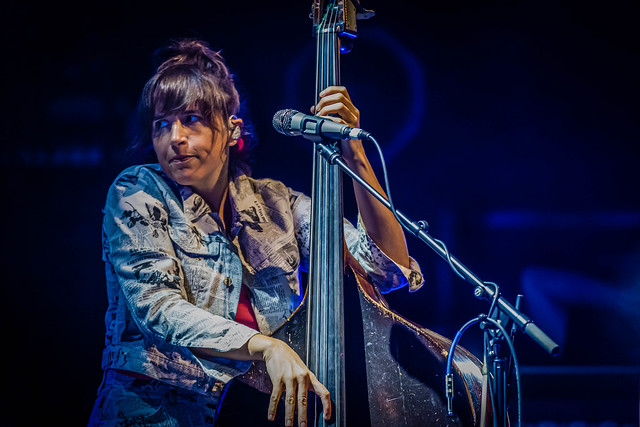 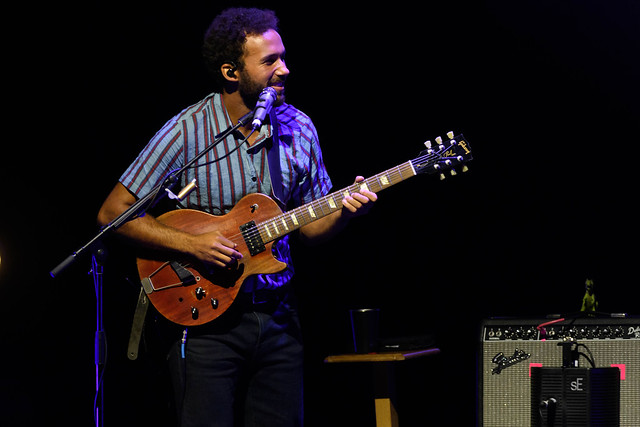 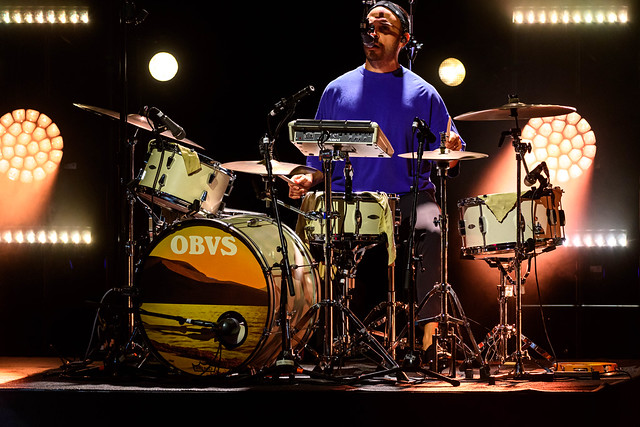 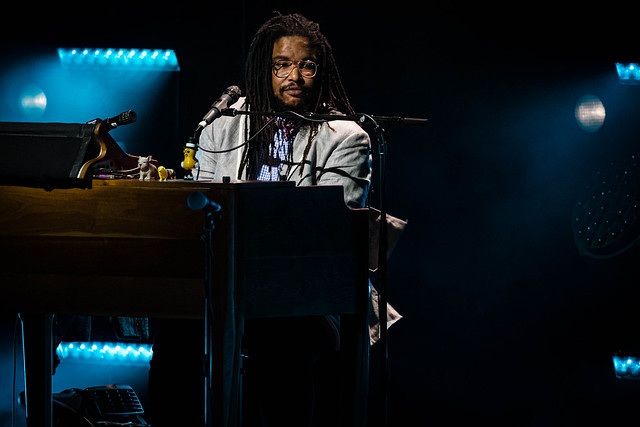 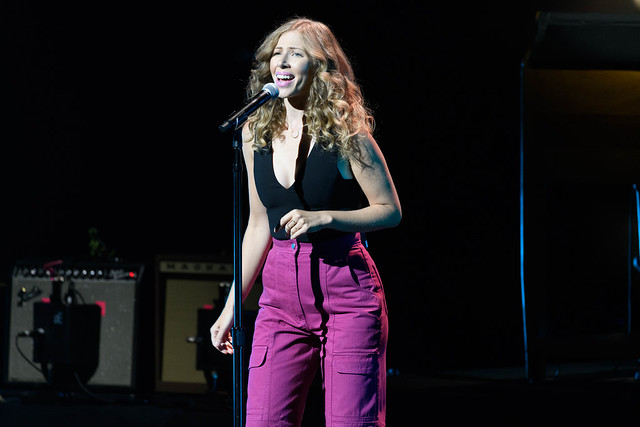 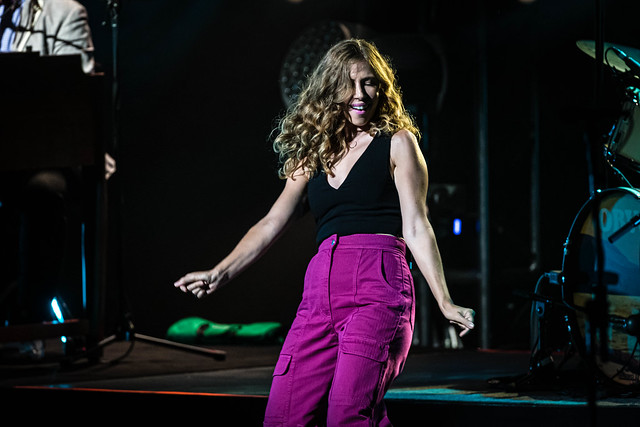 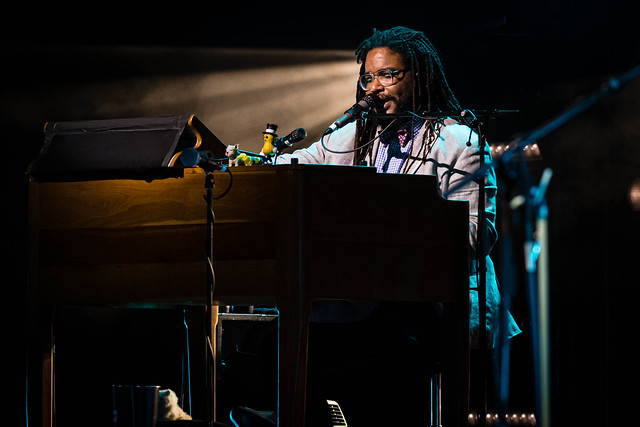 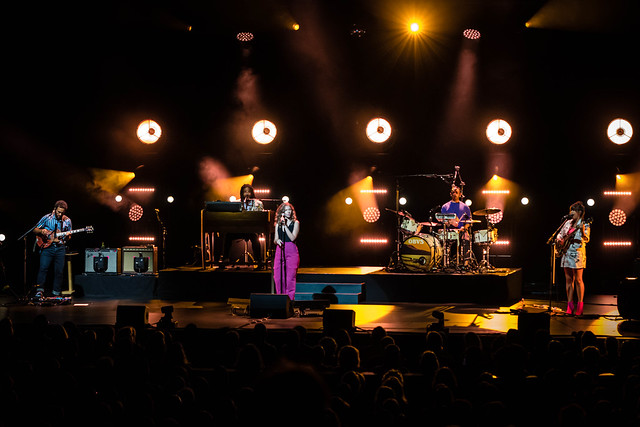