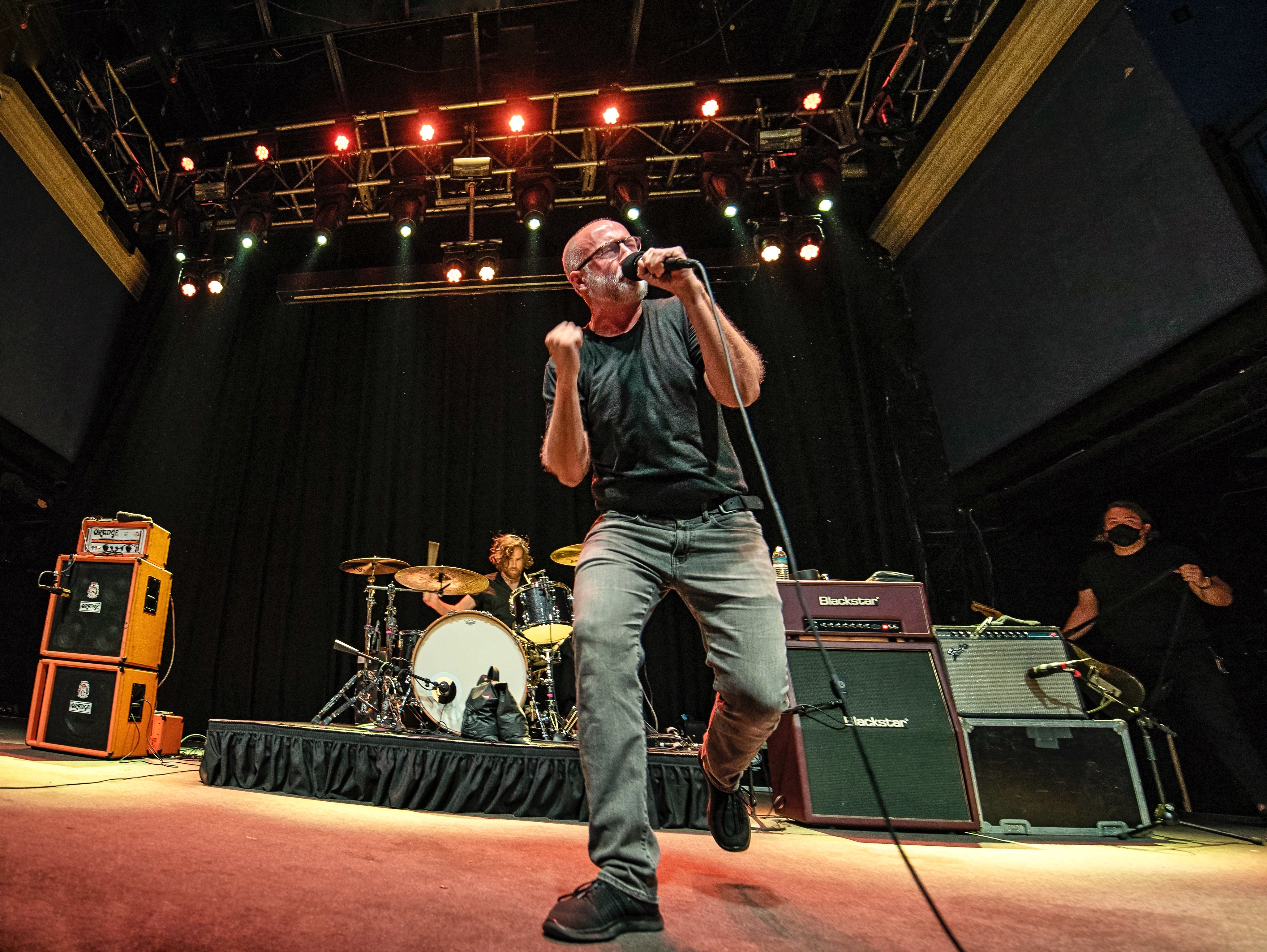 Bob Mould showed what a pro he is at his show at the 9:30 Club Saturday evening.

The quality of this show was top notch, which was not surprising; after all, Bob has been performing for four decades, first with the iconic punk trio Hüsker Dü, later with the alternative band Sugar, and as a solo artist since the late ’80s.

As drummer Jon Wurster (also of the Mountain Goats and Superchunk) and bassist Jason Narducy (also of Split Singles) fired up opening number “Next Generation,” Bob discovered an issue with his guitar. Handing it off to his tech, he picked up the mic and both hands and belted it out while bounding around the stage with an intensity that belied his age. Throughout the set, his performance was highly kinetic. Later, addressing the technical issue, he said, “I guess we’re stuck at 10 tonight!”

“Next Generation” comes from Mould’s latest album, last year’s Blue Hearts. A return to his punk roots, it showcases how advanced his skills as a songwriter and composer have become, while maintaining the uncompromising, biting edge that characterizes his work. It’s an overtly political album, full of sharp criticism. He still manages, though, to be subtle, and to introduce ambiguity into these songs. In “American Crisis,” he sings “I watched a lot of my generation die.” This could be a reference to the AIDS crisis, which most deeply felt by gay men of his generation. But it could also be a statement about the peers and friends in music he’s lost over the years; it might even be both of these things, and maybe others I haven’t thought of.

Written largely over three days in early 2020, Mould released Blue Hearts just as the Covid pandemic overtook the United States. In addition this new album of material, he also released a major career retrospective, Distortion: 1989-2019. The set contains all of his solo material, as well as his output with Sugar in the early ’90s. This was his first tour behind these releases.

Saturday night’s show was something of a homecoming for Mould. In the oughts, he lived in DC, and he has an extensive history with the 9:30 Club, dating back to when he played at its earlier locations. During his time living here, he got into electronic music, and he DJed a regular dance party, Blowoff, for the District’s gay community. As he told me when we spoke a few weeks ago, this time of year is his favorite here.

Most of Bob’s early set drew from the new album, including “Fireball” and “Forecast of Rain.” While much of the material on Blue Hearts is explicitly material, “Password to My Soul” looked inward. After the new material, Bob went back to his first solo album, 1989’s Workbook, to “Sinners and their Repentances.” He revisited the album later in the set with “See a Little Light.” He mined his extensive solo catalog for “I Don’t Know You Anymore, “The Descent,” “You Say You,” “Sunny Love Song,” “The War,” “Voices In My Head,” “I Fought,” “Siberian Butterfly,” and the title cut from 2019’s “Sunshine Rock.”

Bob’s early work with Hüsker Dü is rightly beloved, given how influential it’s been to the development of the American underground and alternative rock scenes. Formed in St. Paul, Minnesota, when he was a student at Macalester College with drummer Grant Hart and bassist Greg Norton, they had a profound effect on the burgeoning Twin Cities scene and Midwest alternative scenes, with their reach being felt as far afield as the early alt-country bands of the late ’80s and early ’90s.

Bob doesn’t shy away from his past, and he still revisits these songs regularly. On Saturday, he played a half dozen of those songs, including “Celebrated Summer,” “Hardly Getting Over It,” “Something I Learned Today,” and “I Apologize,” as well as the title tracks from the classic albums Flip Your Wig and New Day Rising. He ended his set with “Makes No Sense At All.” He also included one of Sugar’s signature songs, “If I Can’t Change Your Mind.” 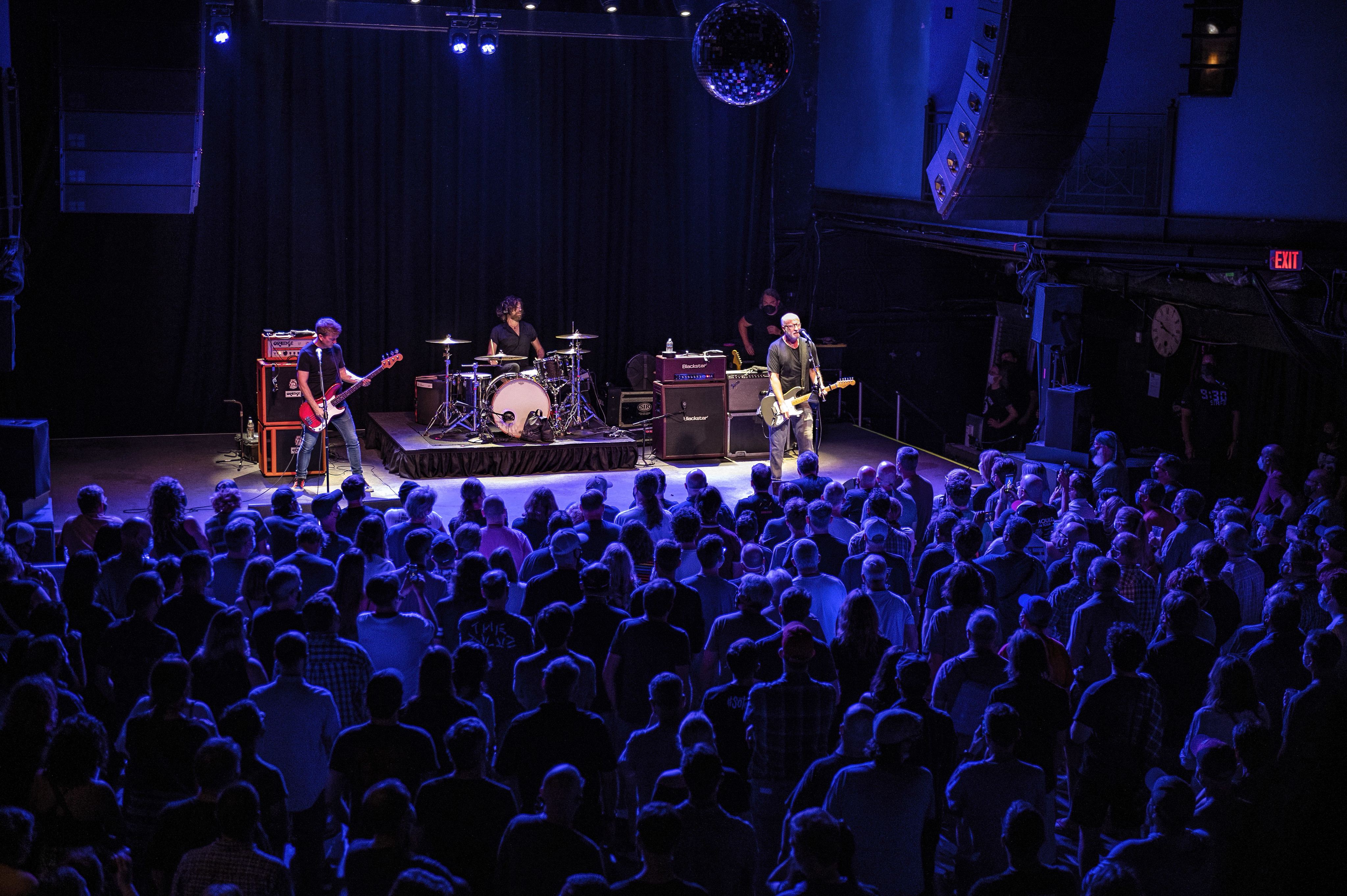 I haven’t seen Bob perform with other setups, but others have said that his current band is the best he’s had, and, from what I saw Saturday evening, they just might be right. Jon and Jason did fantastic work, and their rhythm section added just the right oomph to Bob’s guitar. As much as I’ve said about Bob’s songwriting, his guitar work is just as impressive and innovative, and you can hear it in everyone from Dinosaur Jr. to Nirvana.

Loud, aggressive, and fast, Saturday night was most definitely a punk show, and it was a punk show that wore its heart on its sleeve.

Here are some photos of the Bob Mould Band performing at 9:30 Club on Sept. 18, 2021. All photos copyright and courtesy of David LaMason. 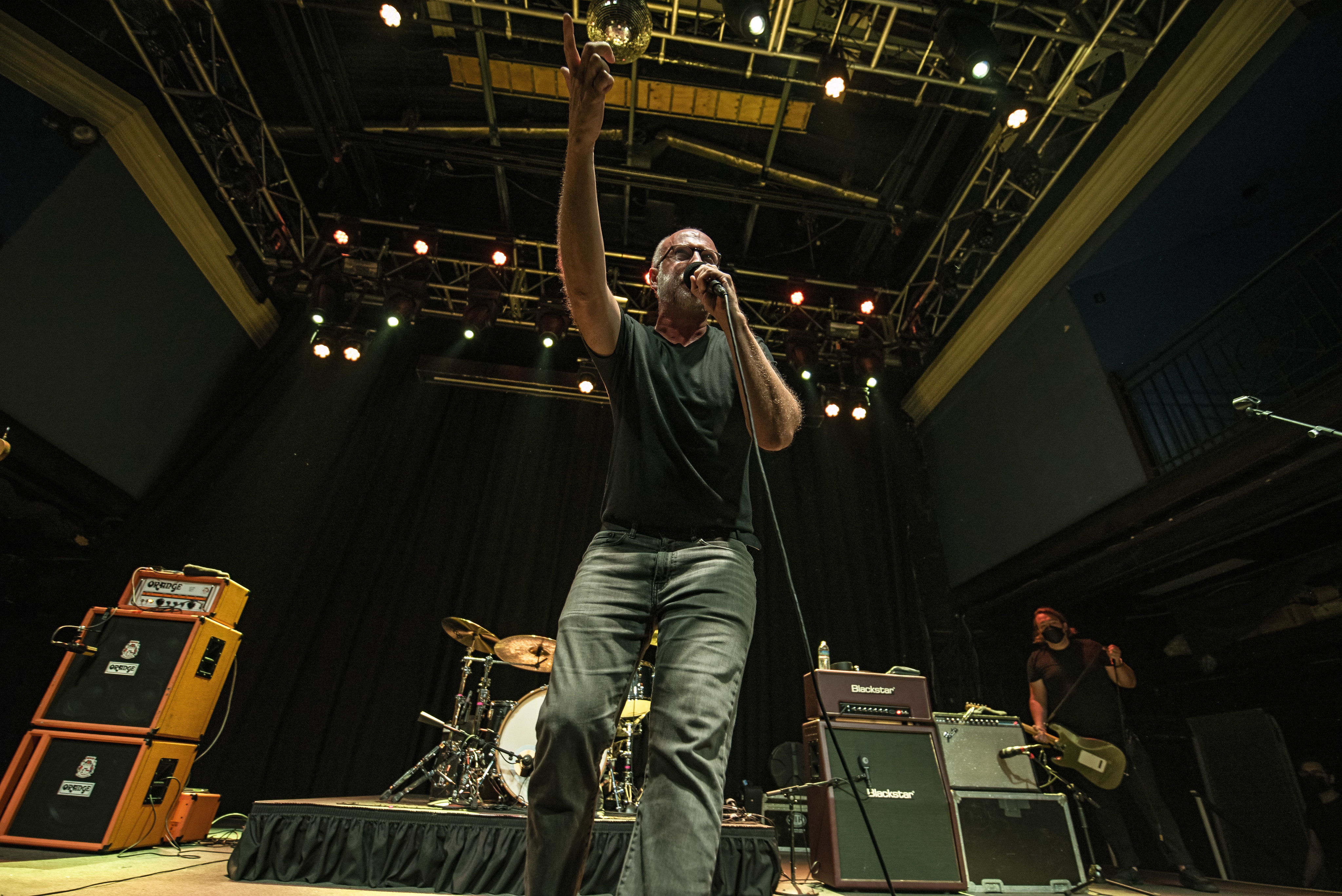 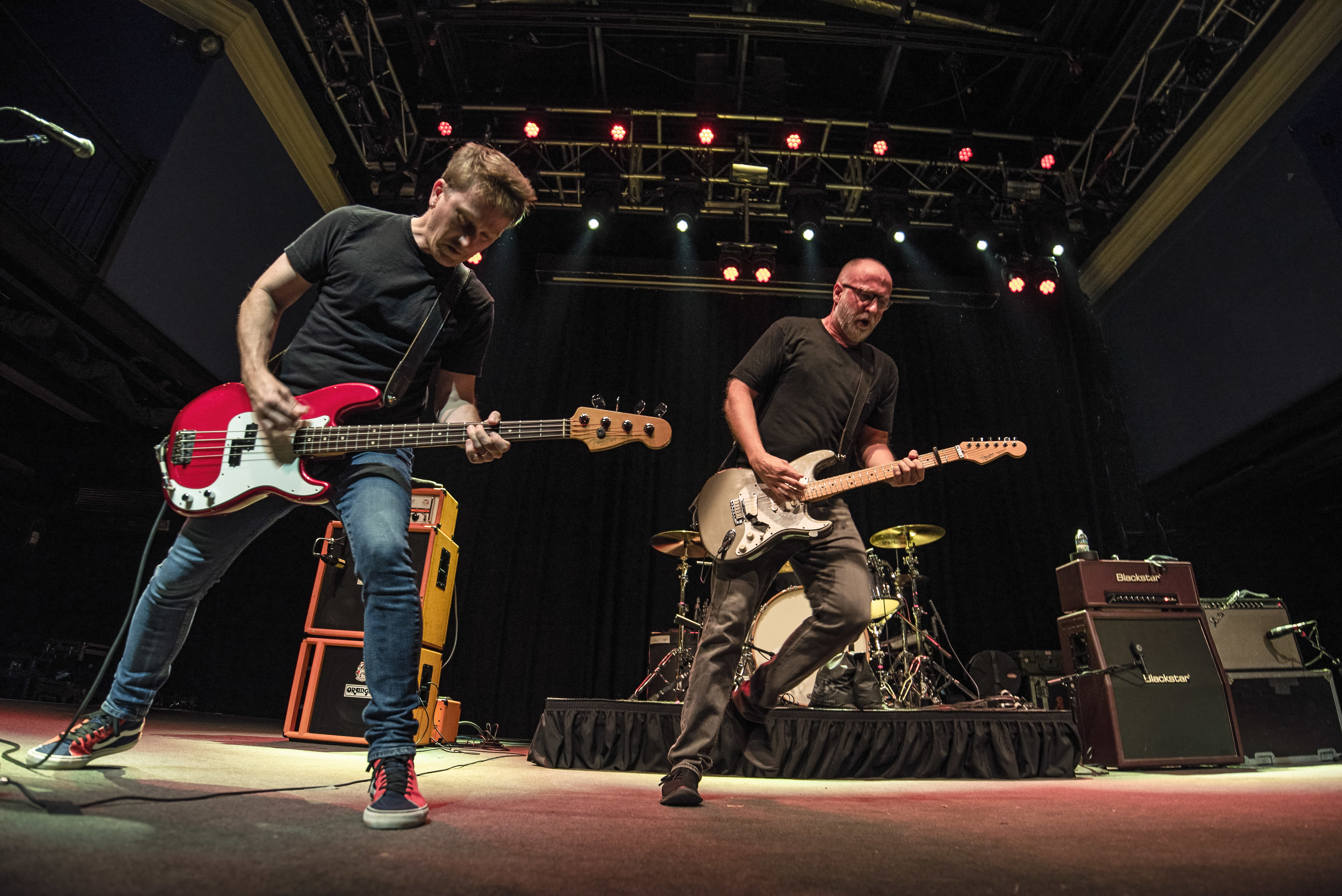 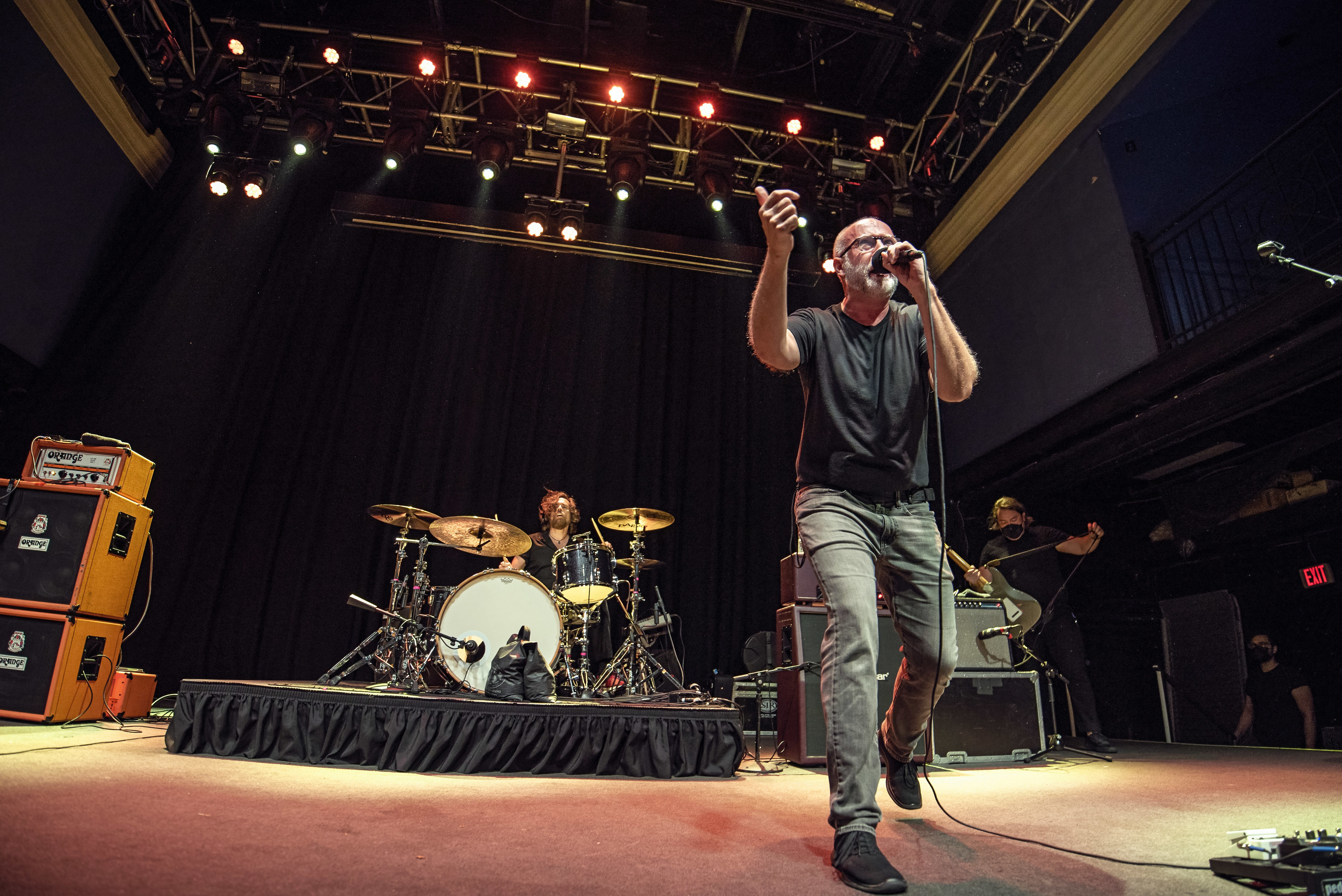 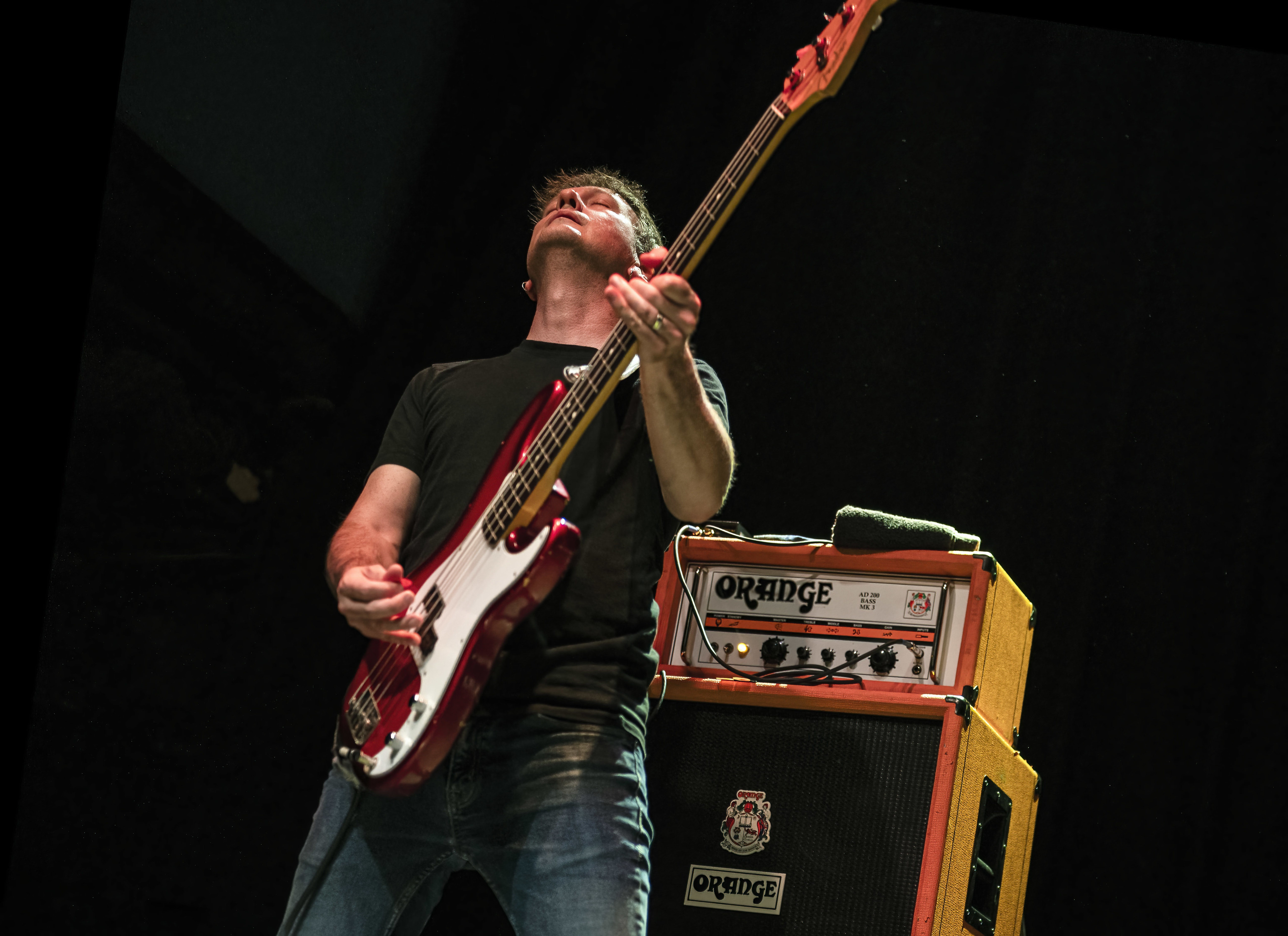 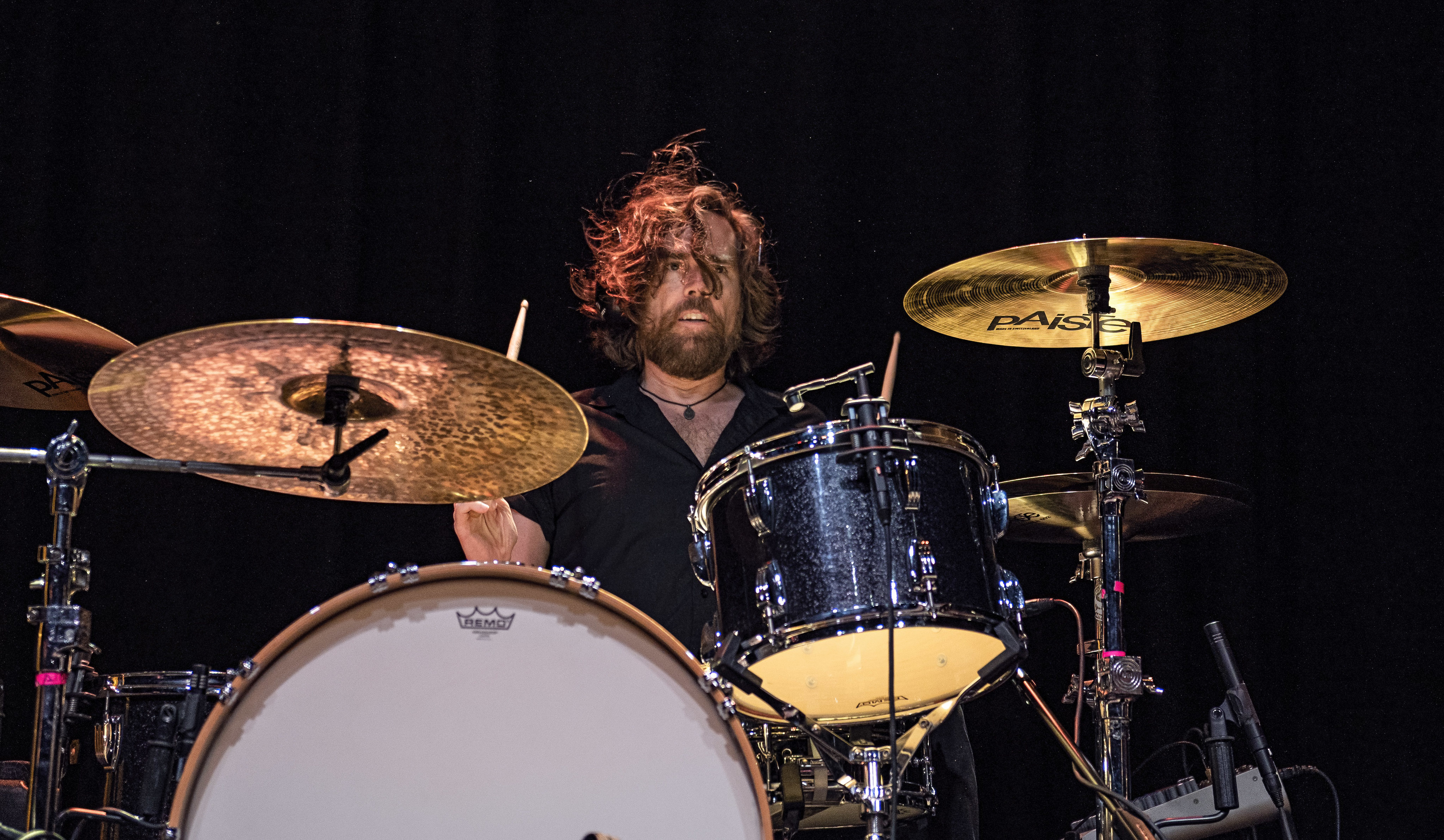 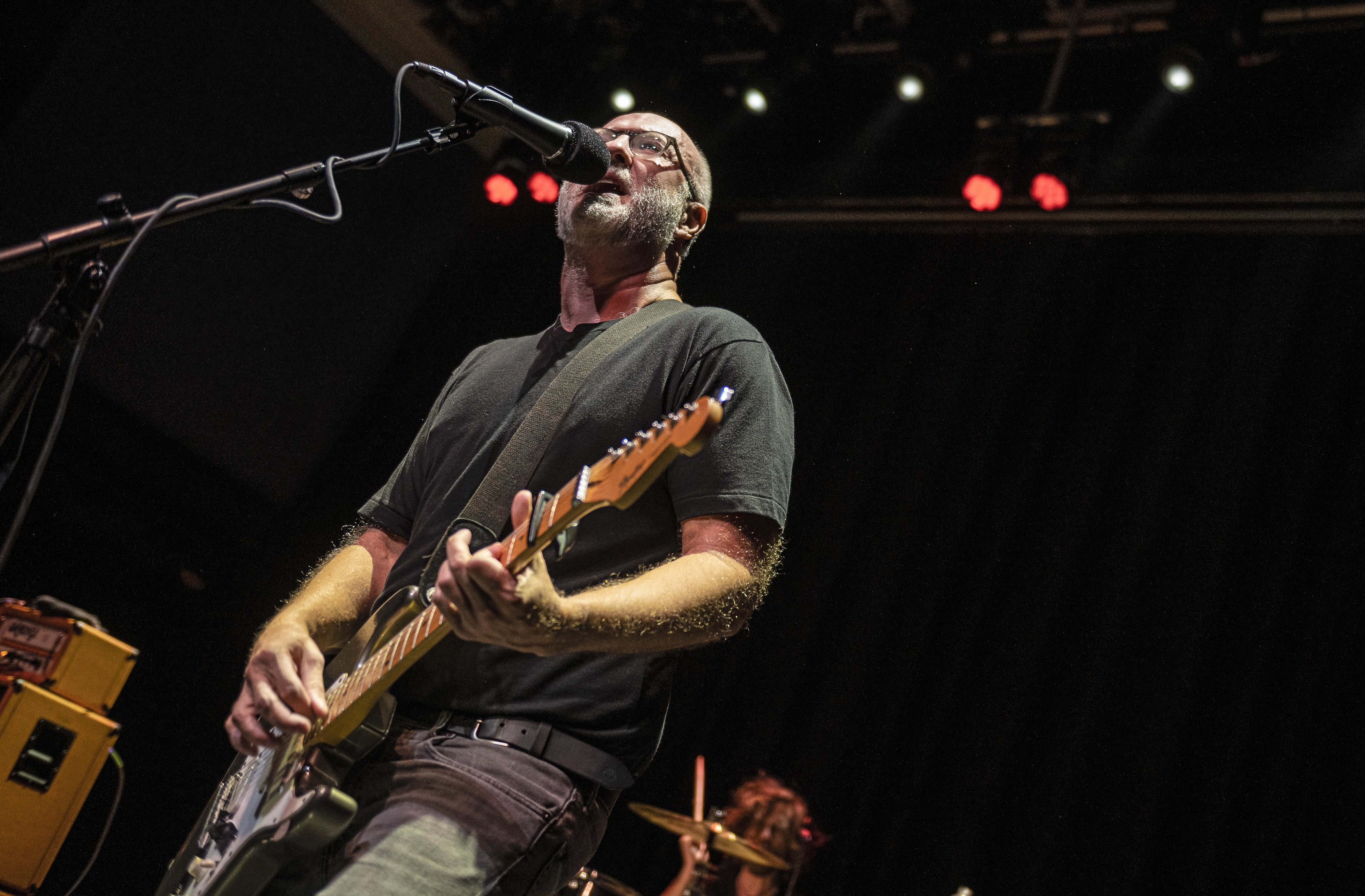 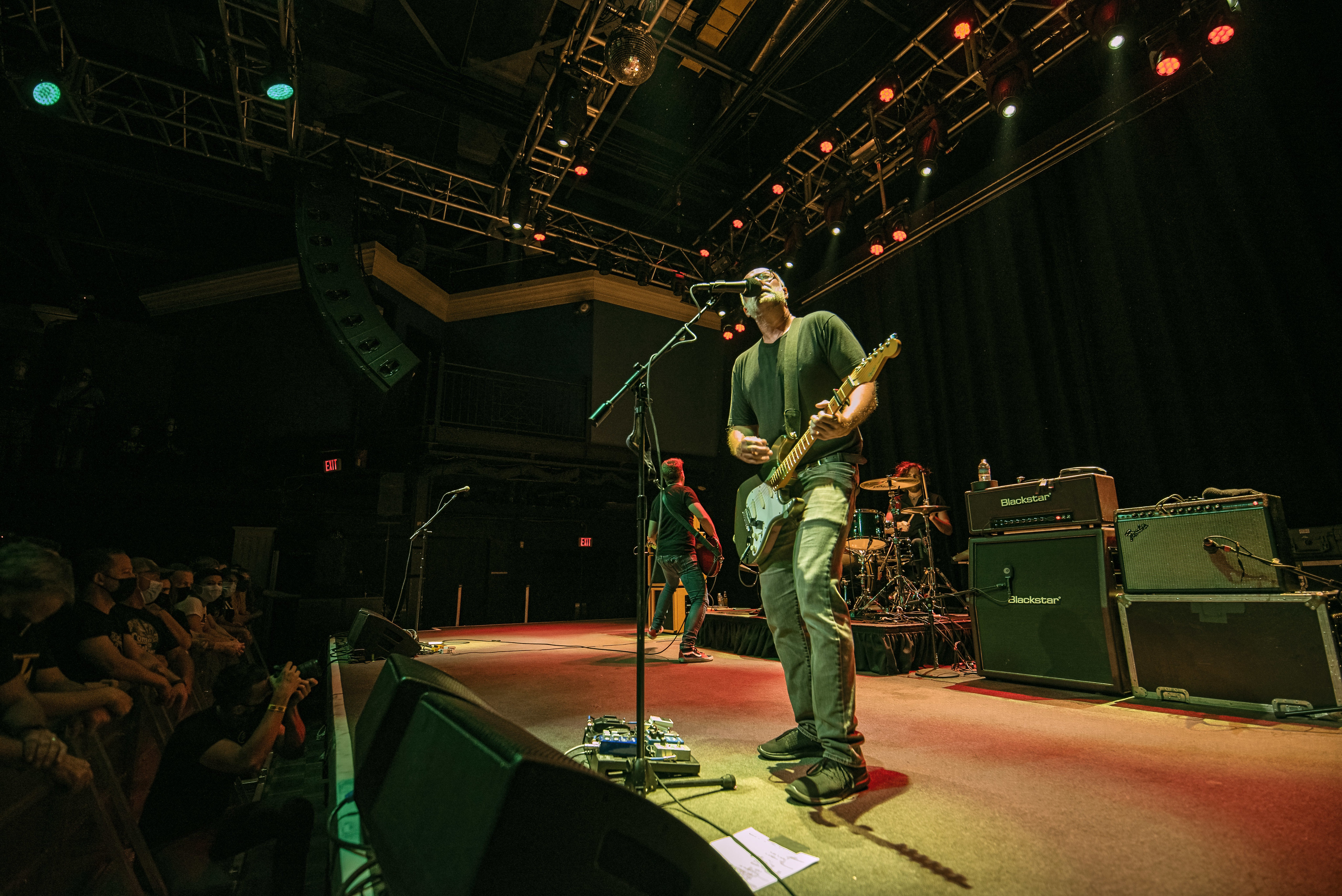 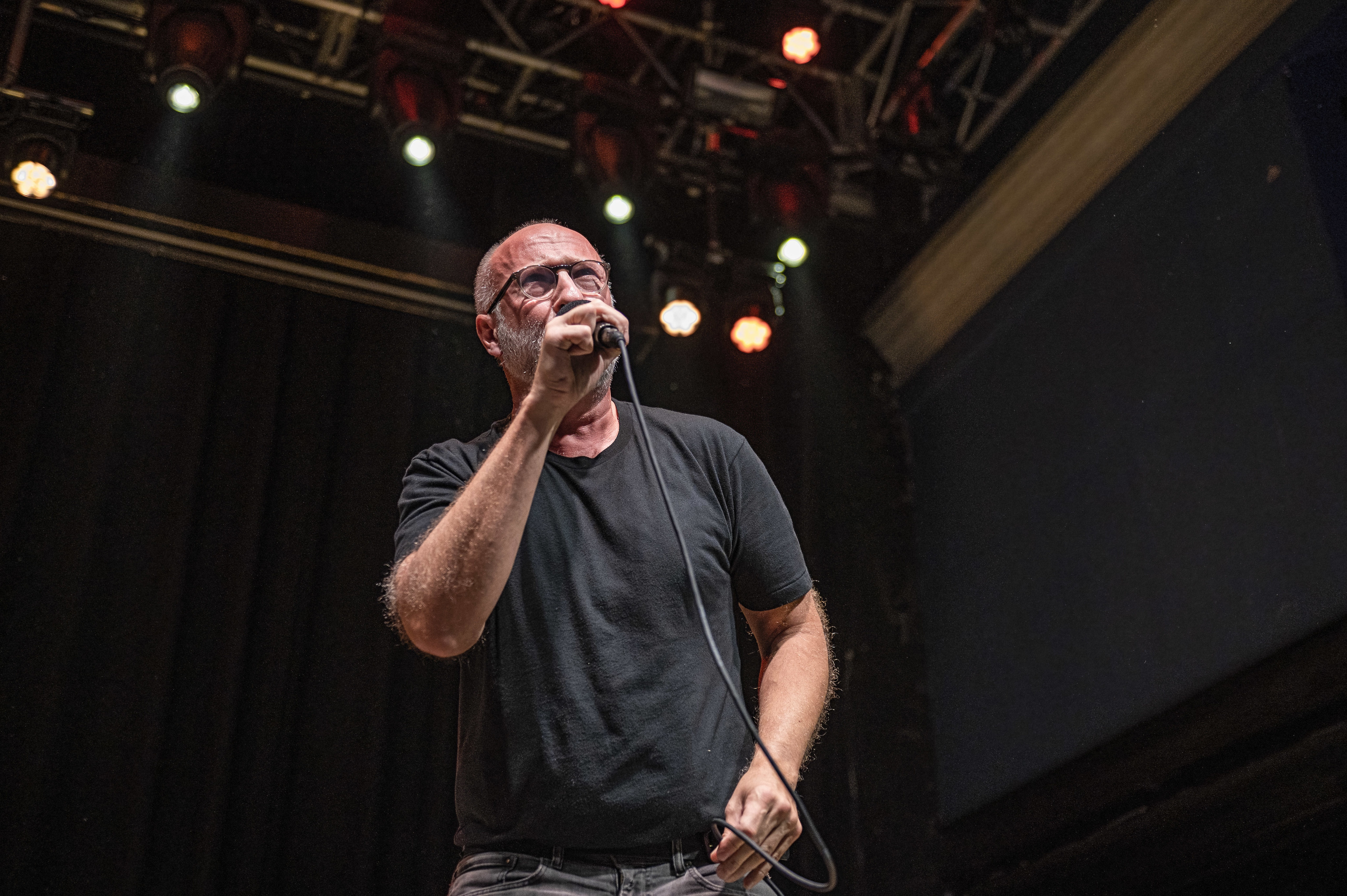 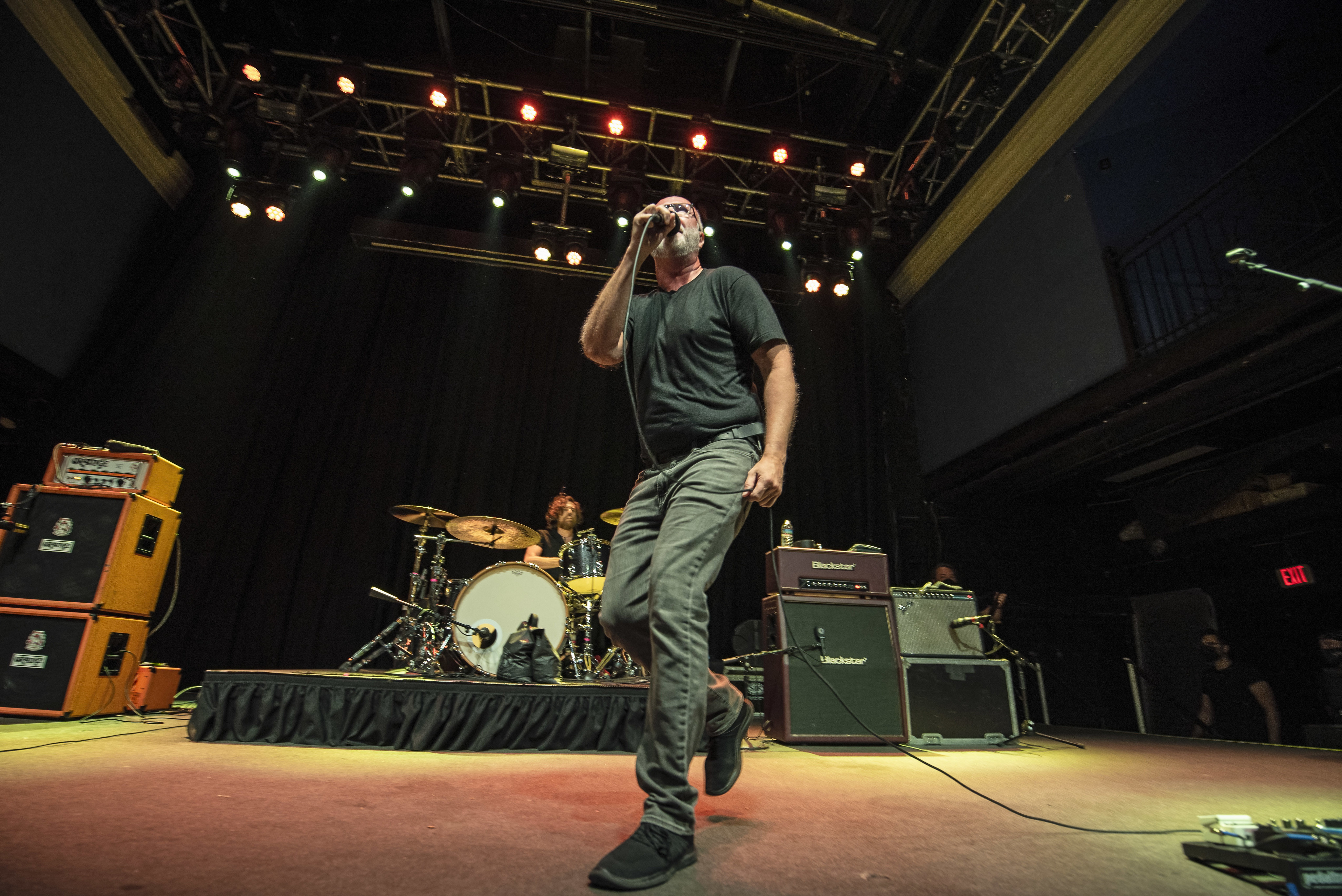 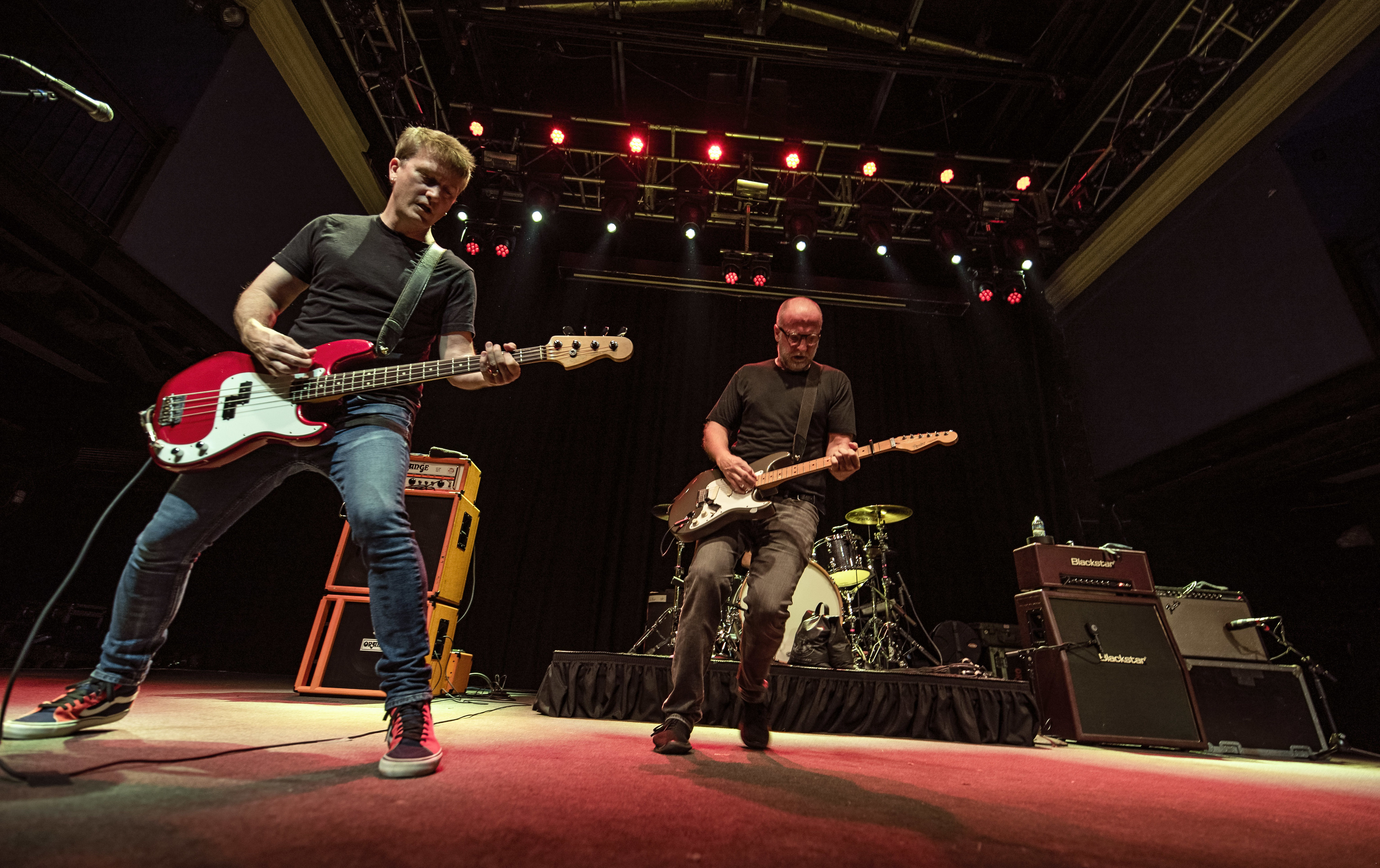 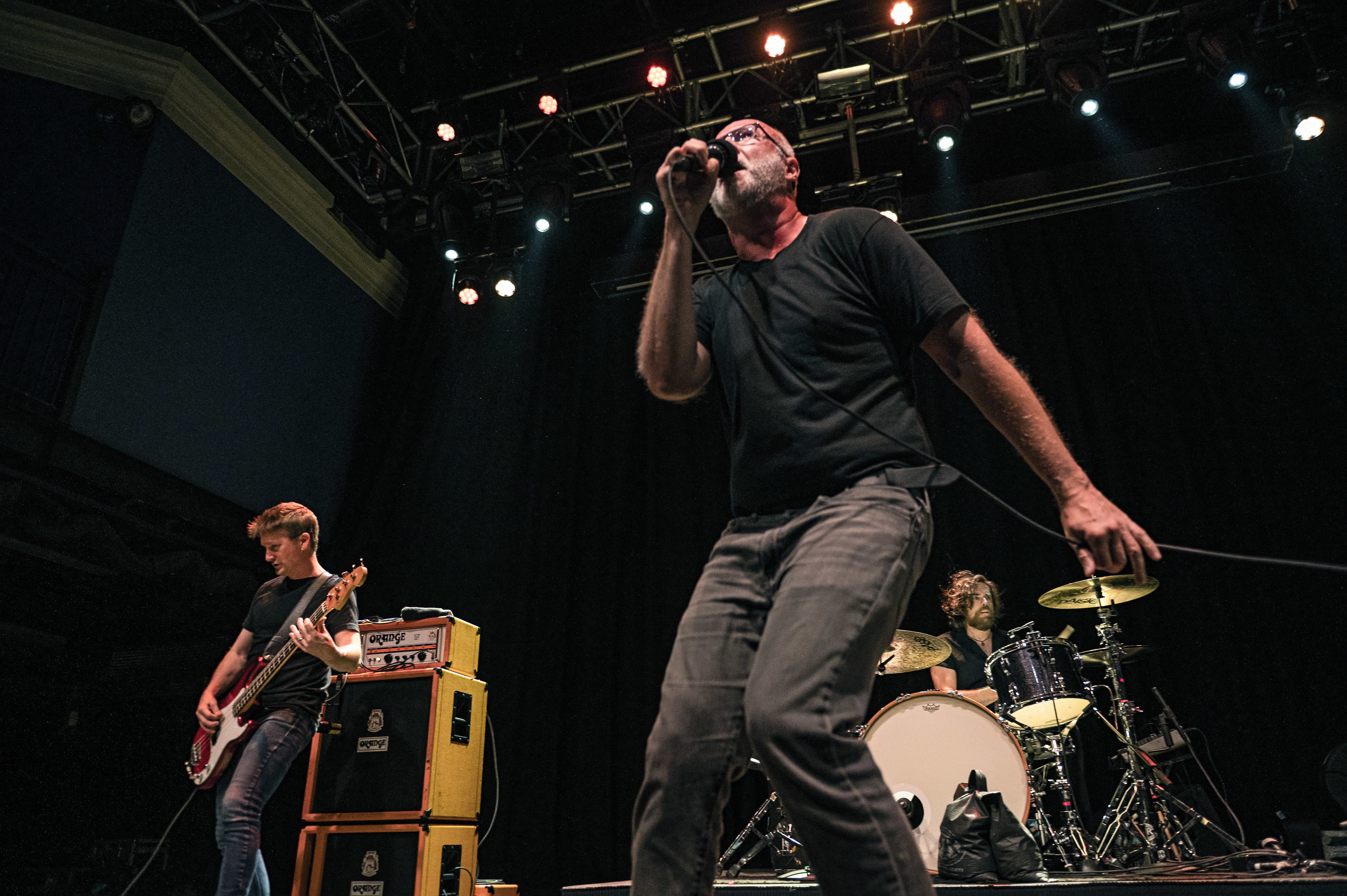 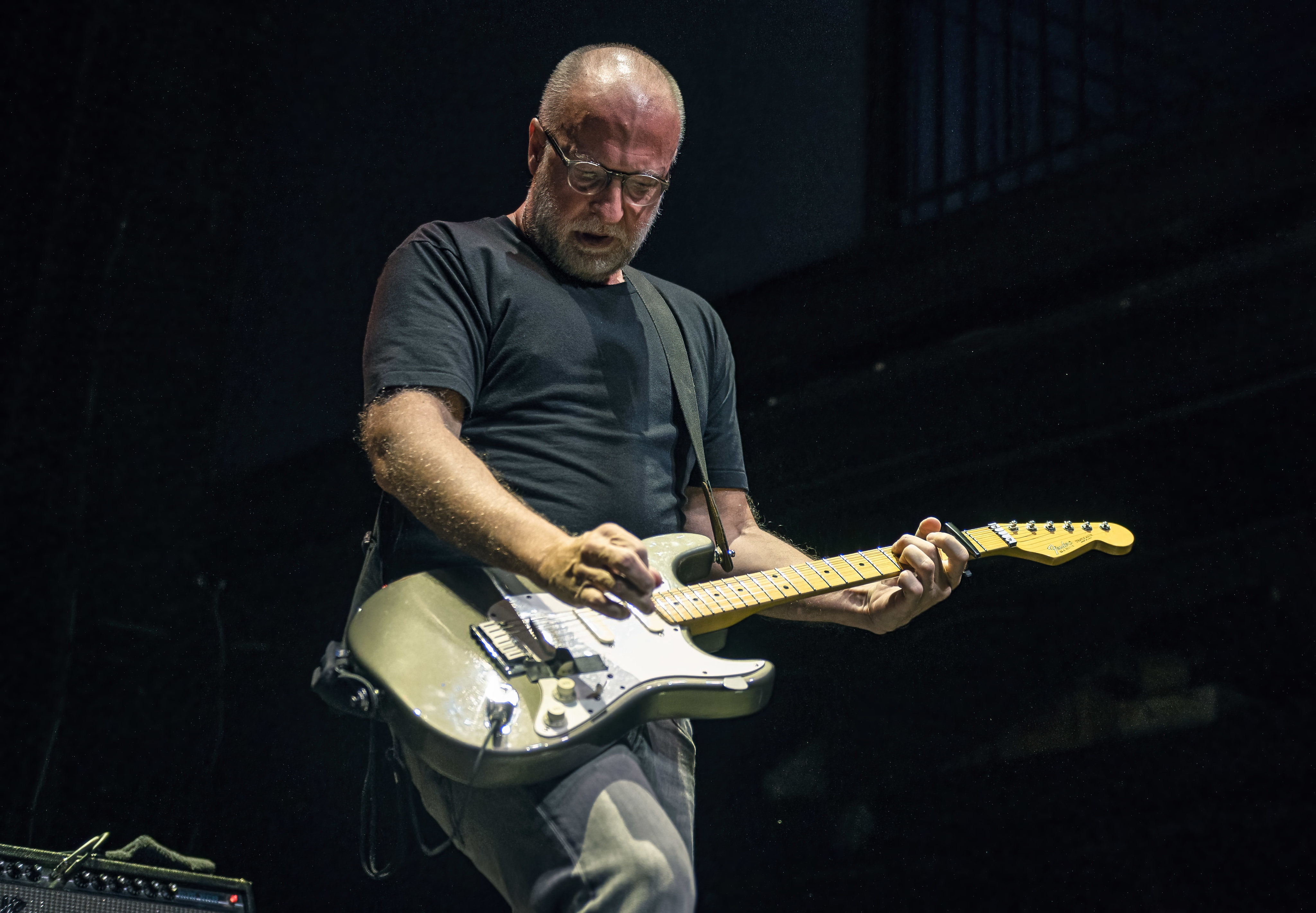 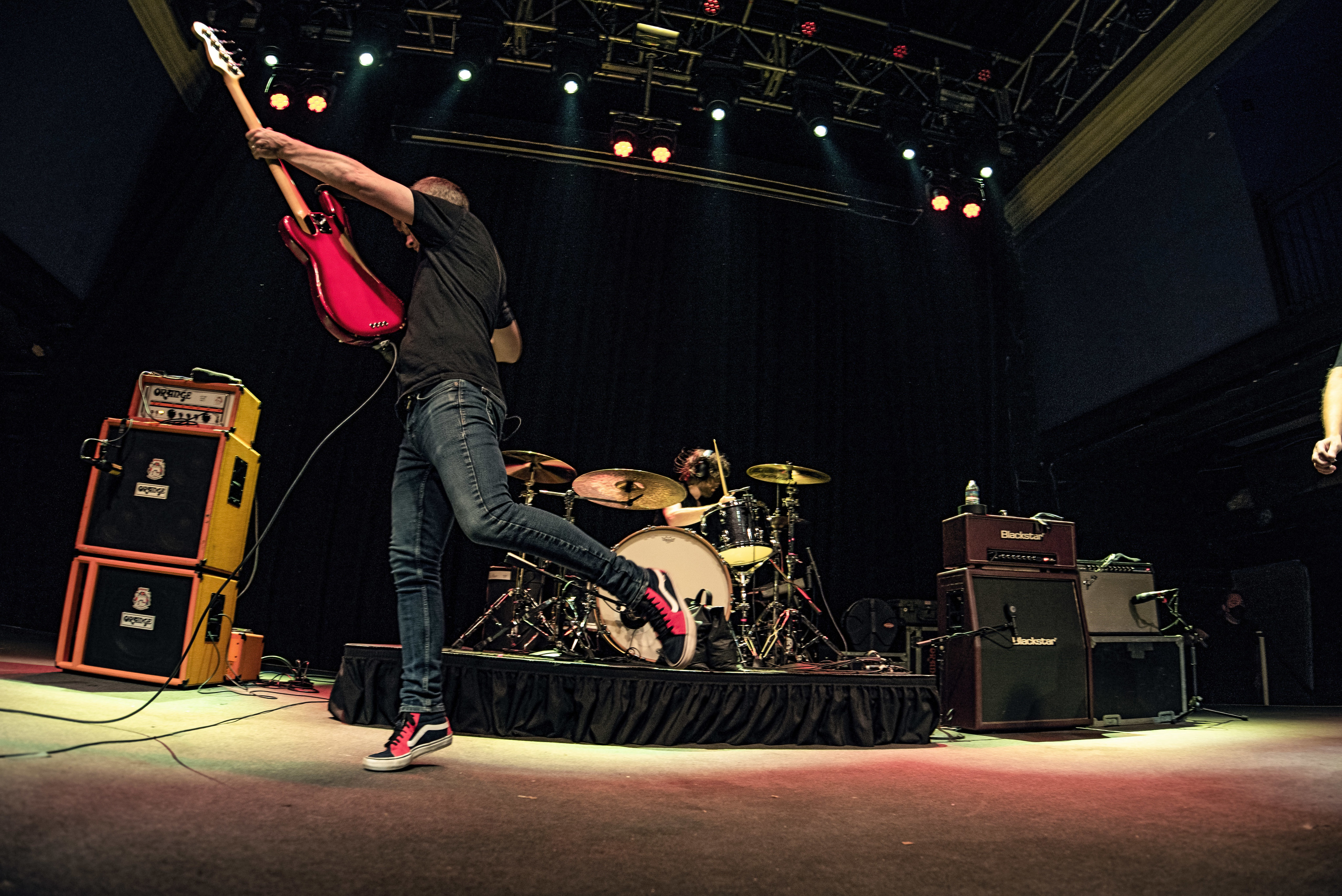 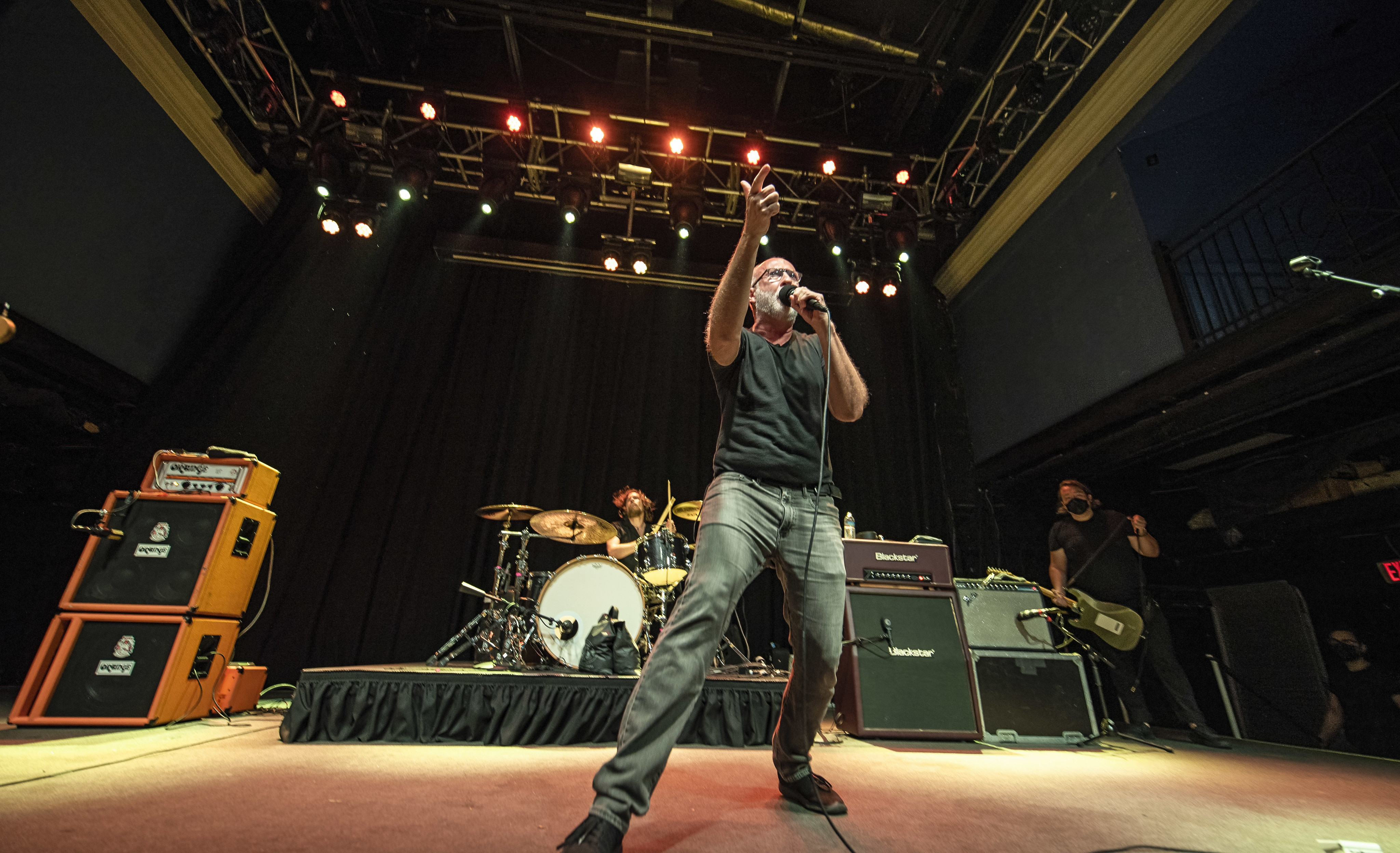 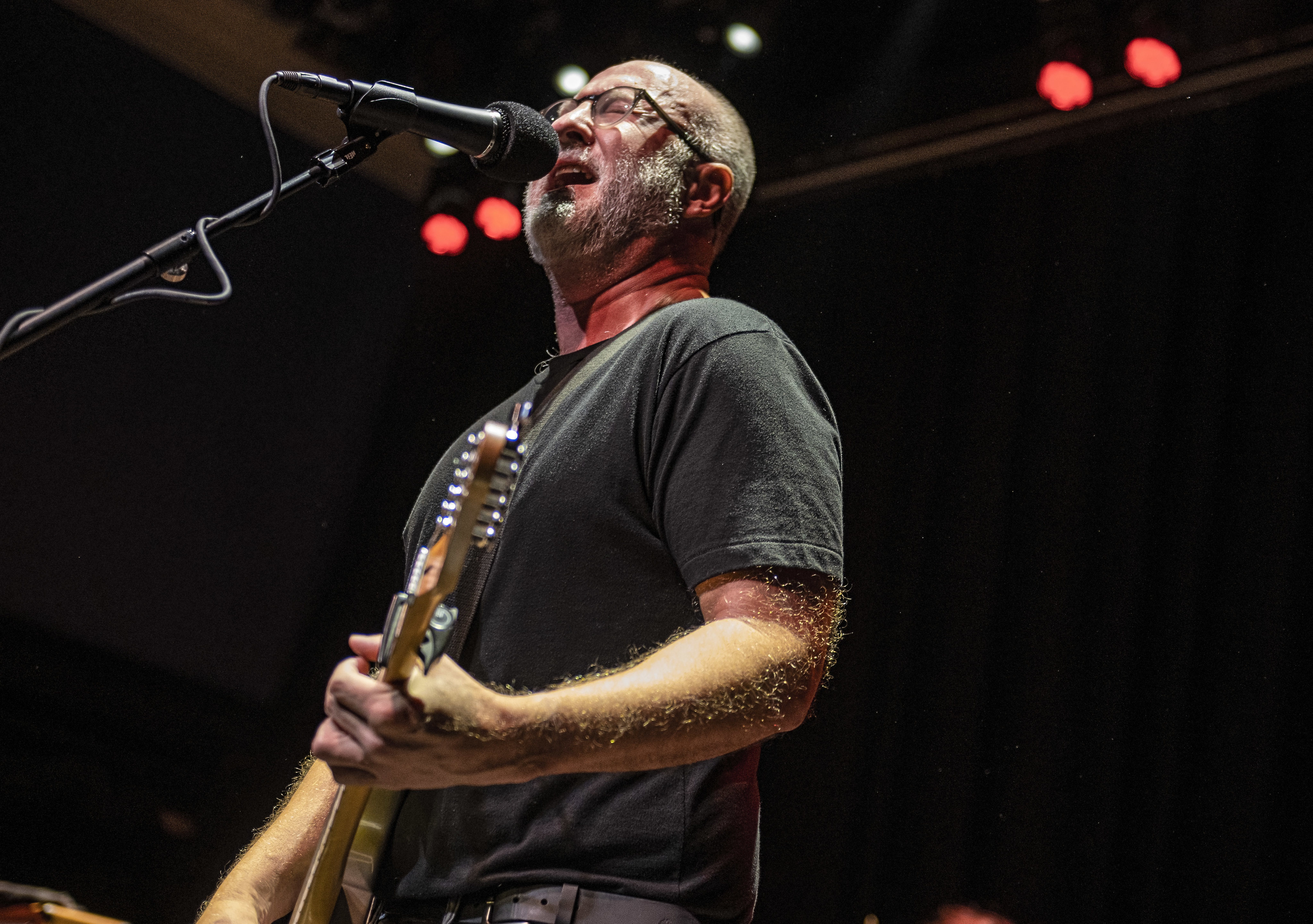 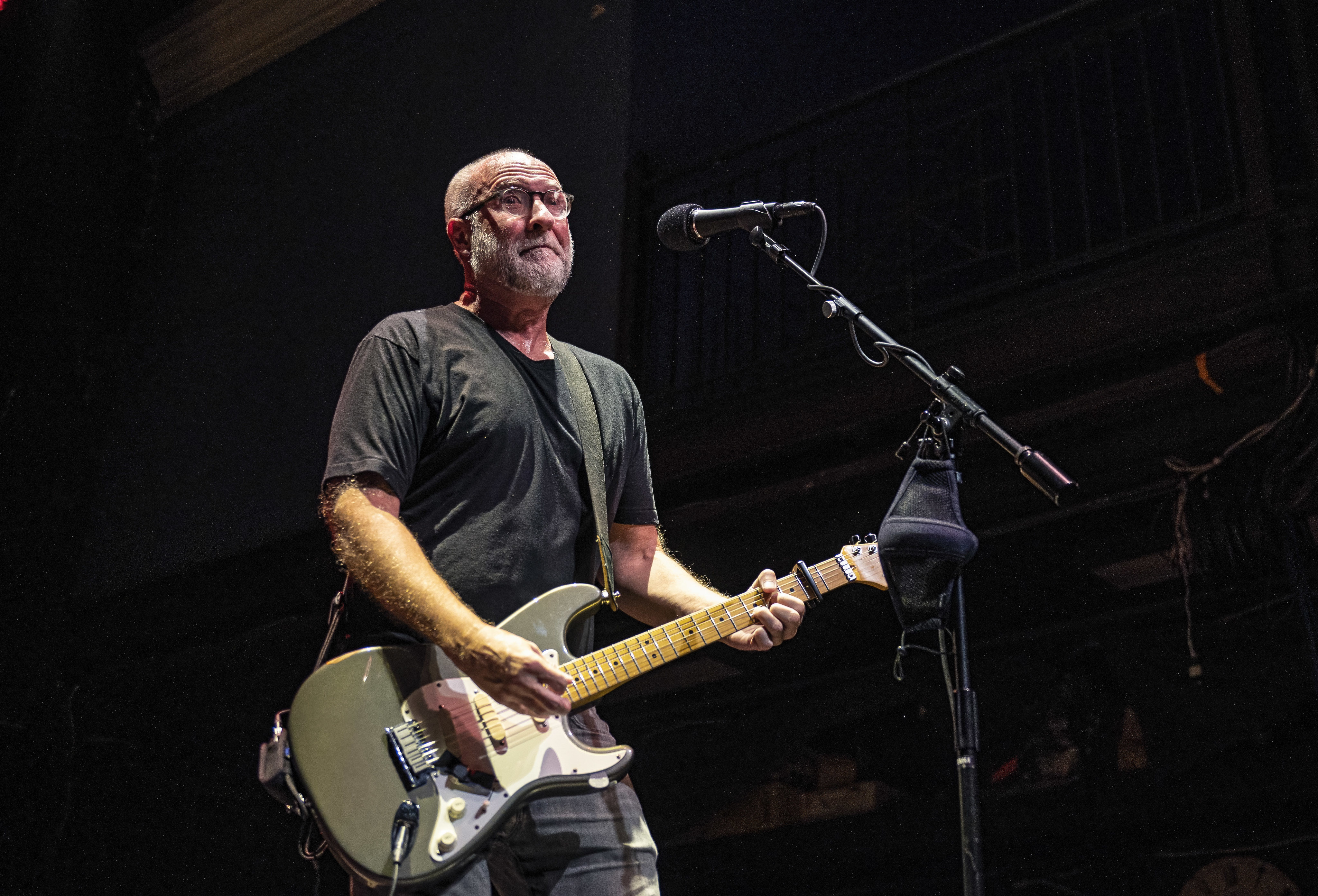 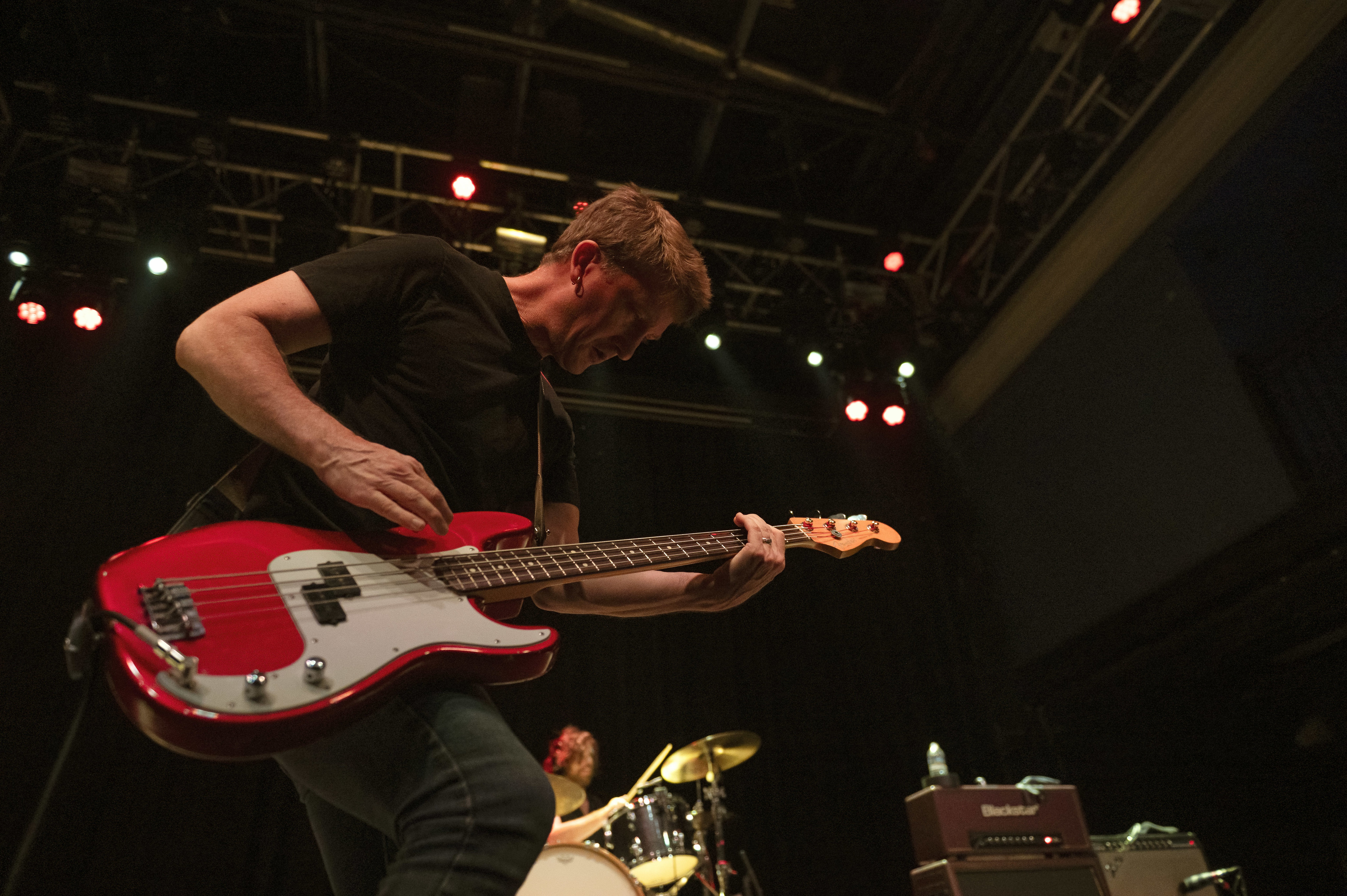 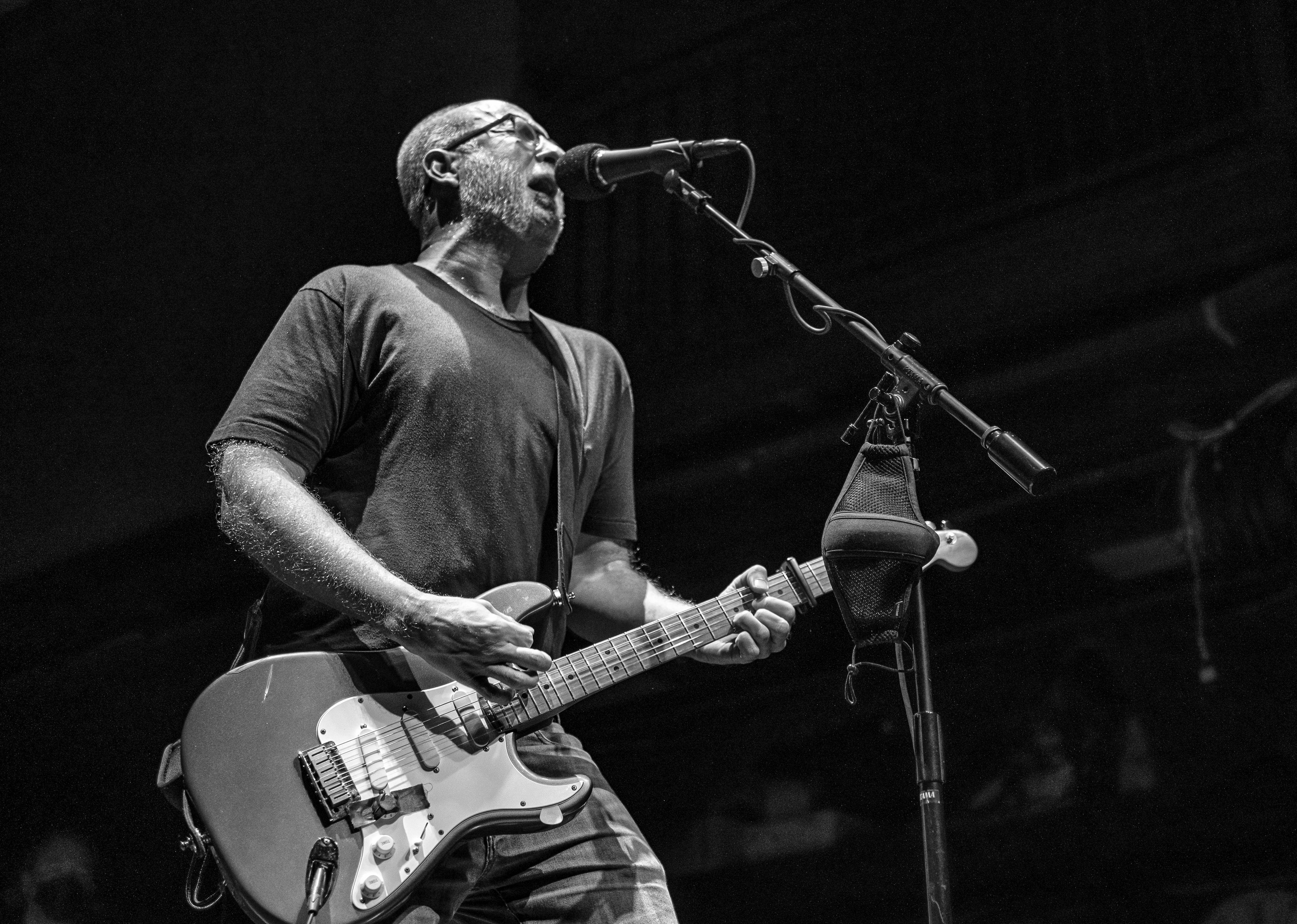 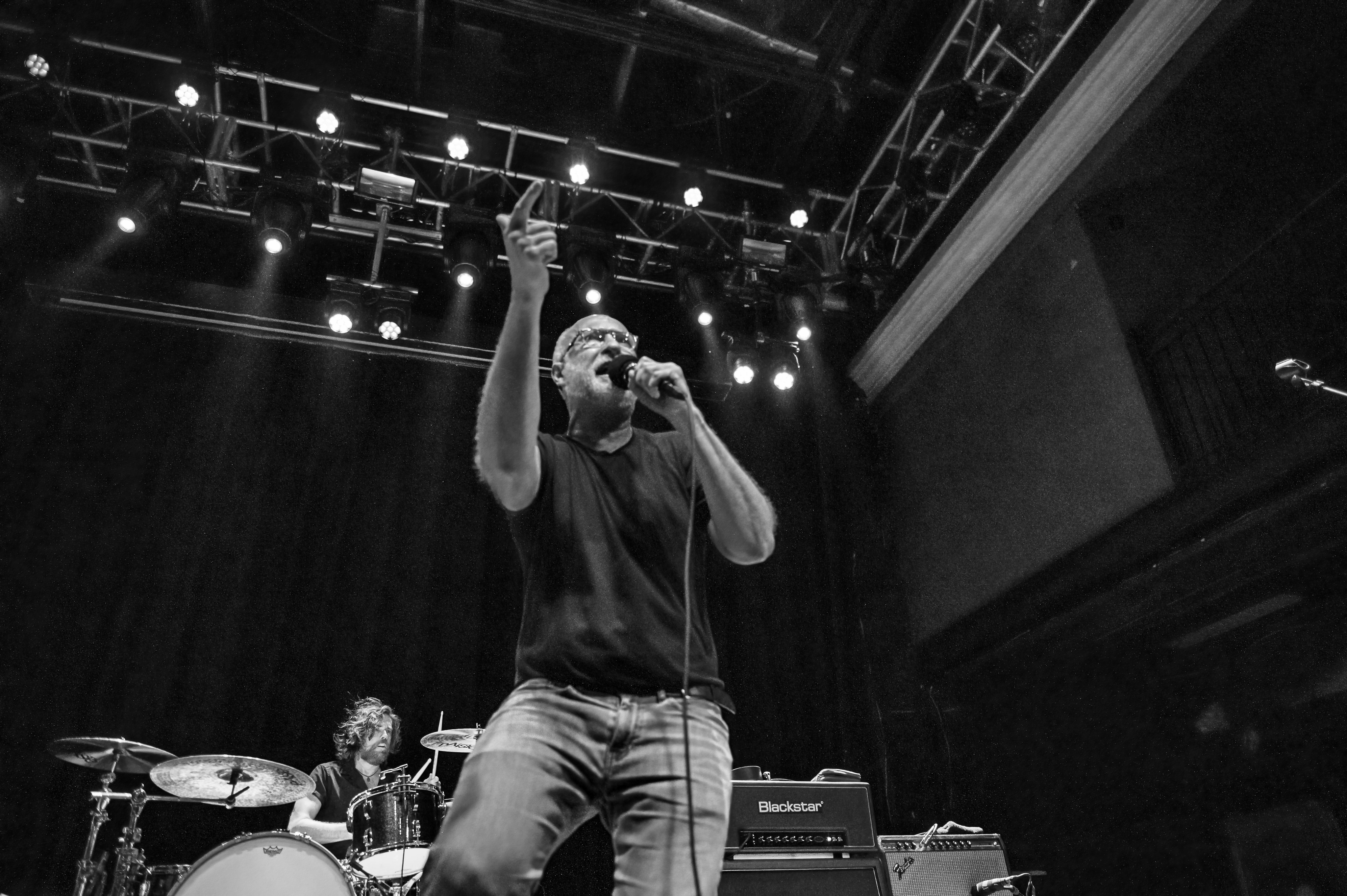 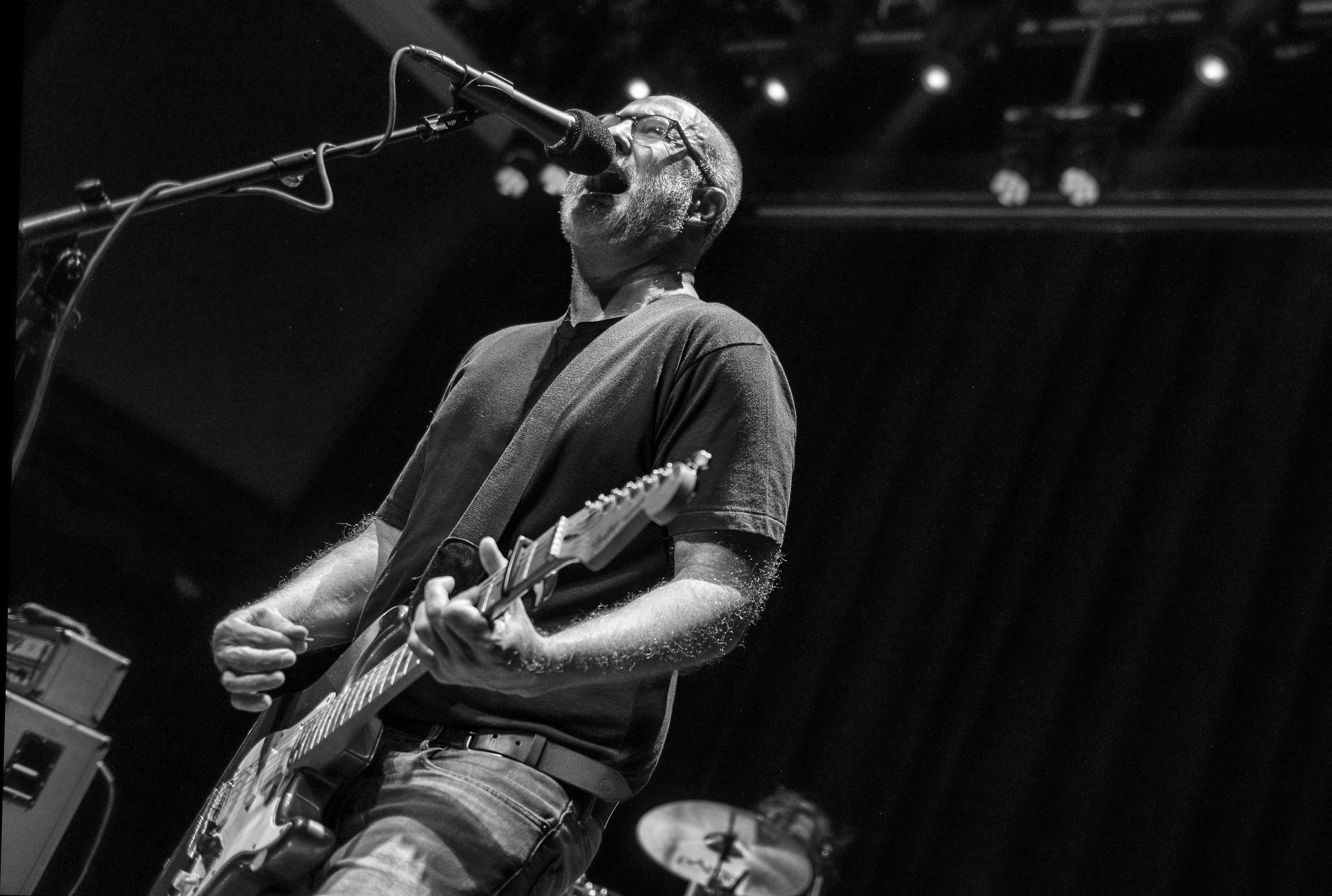 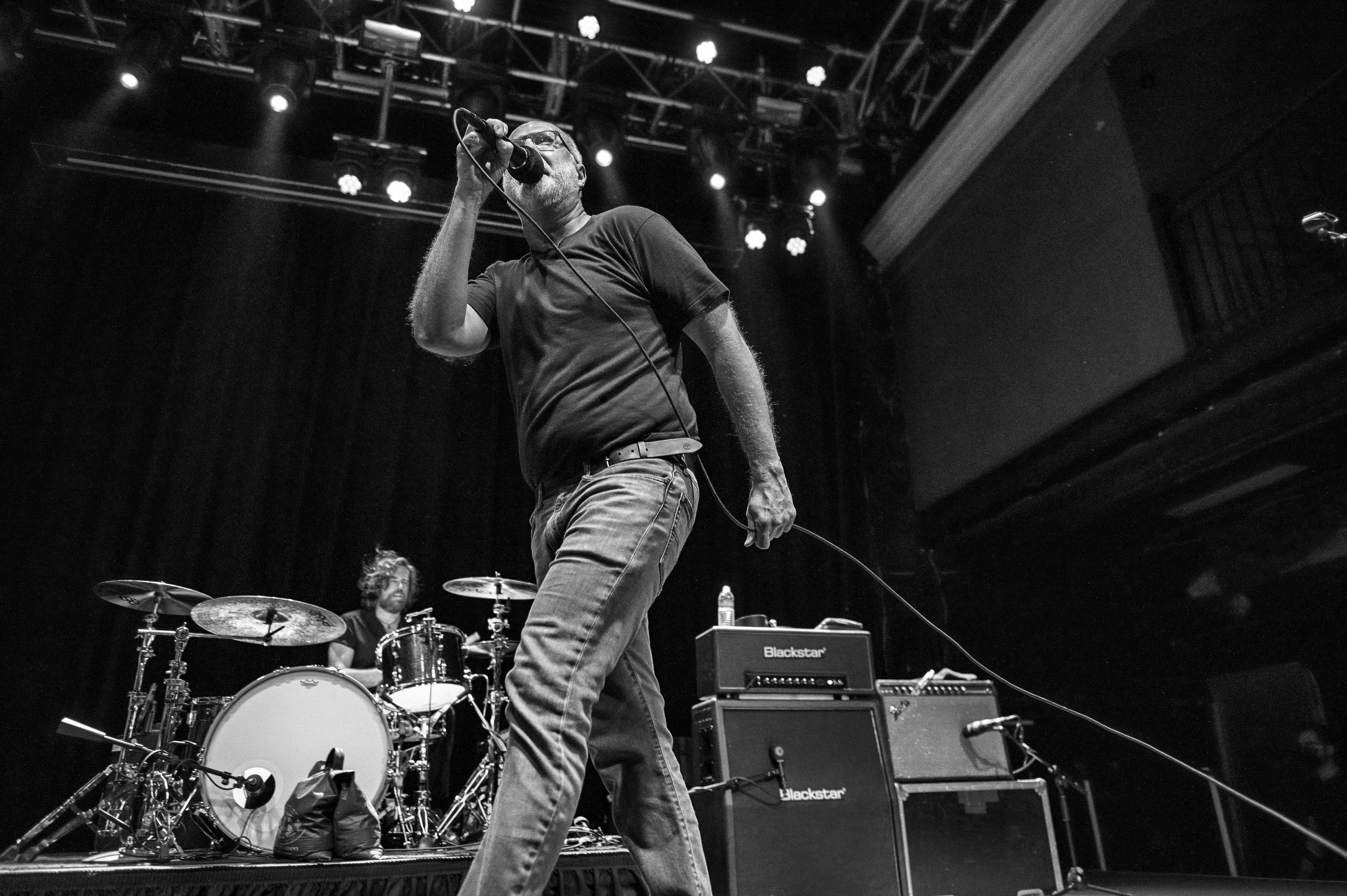 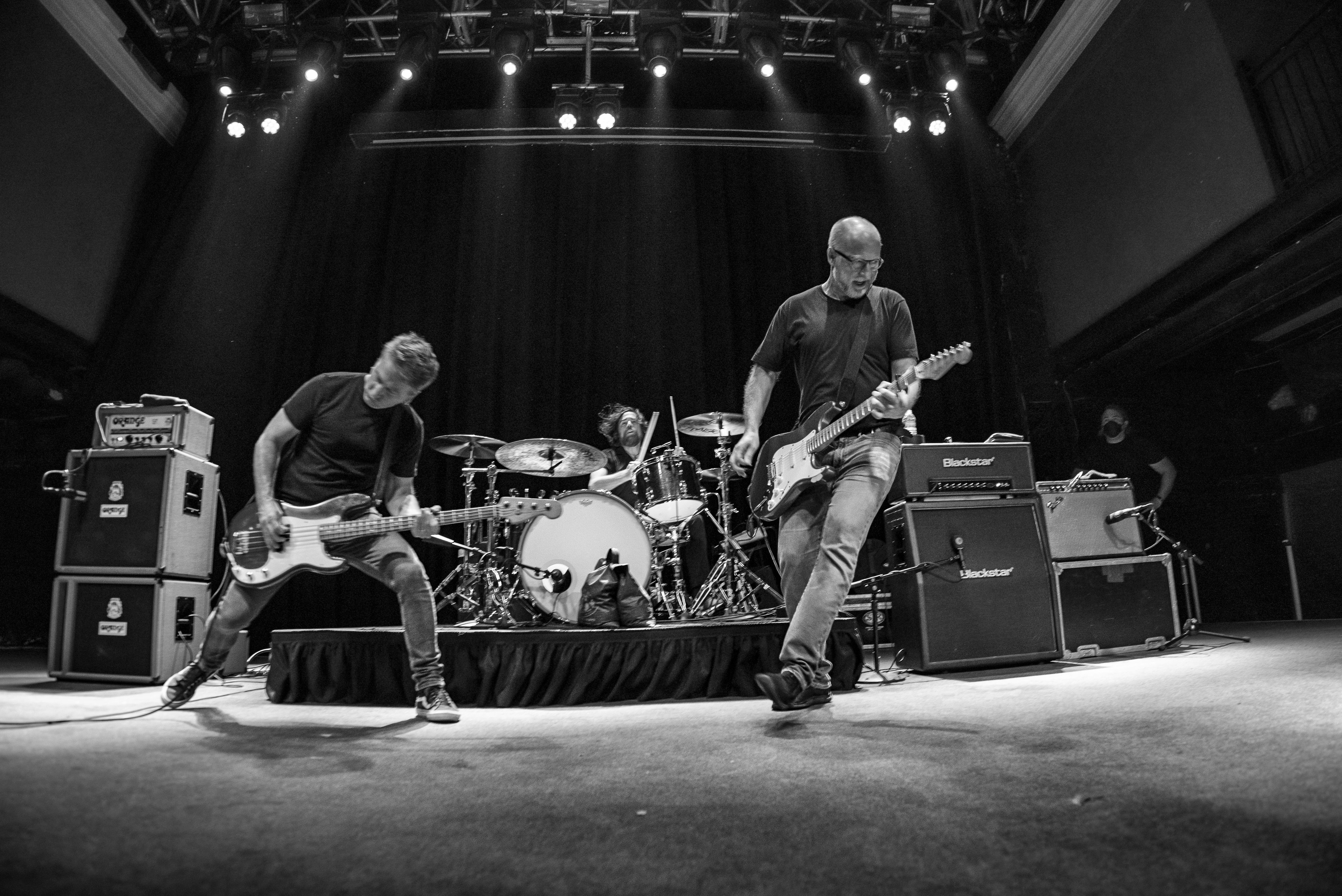